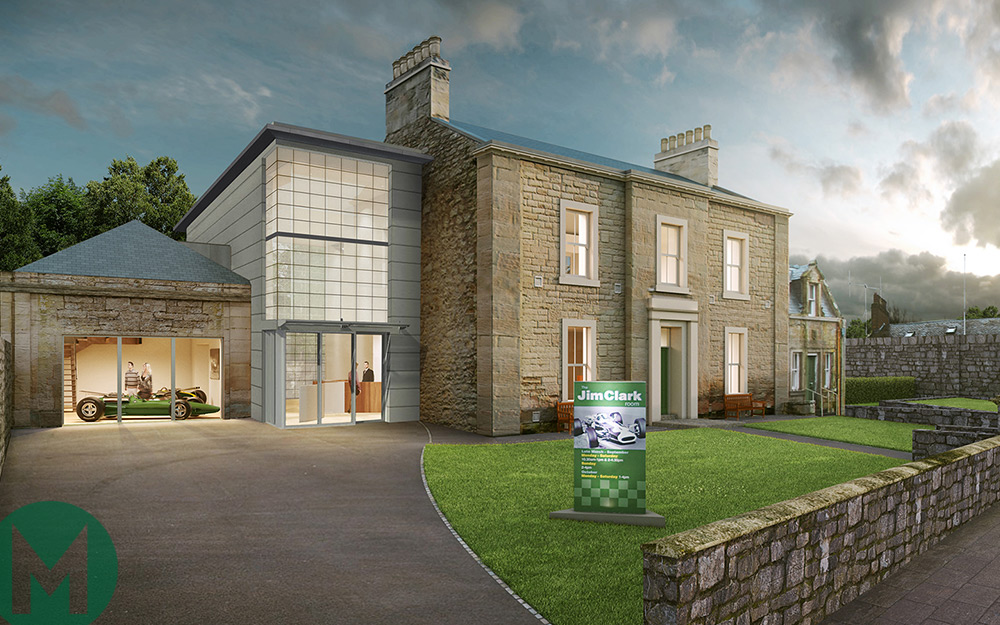 The Jim Clark museum should be realised after the Scottish Borders Council secured £635,000 of National Lottery funding, adding to the £300,00 raised in a crowdfunding campaign earlier this year.

A further £900,000 has been raised by the council and the Jim Clark Trust.

The museum will be in Duns, developing the existing Jim Clark Room.

Many of Scotland’s most famous racing sons have been part of the campaign to raise awareness of the project, led by Sir Jackie Stewart.

“I am thrilled that the dream has come true,” he says, “This funding is going to permit a great Scottish hero to be honoured by what will be an excellent testimony to his success as one of the world’s greatest racing drivers of all time. This initiative will recognise one of Scotland’s greatest sporting heroes in the very grounds that he so much loved.

“I would like to thank the Heritage Lottery Fund, Scottish Borders Council and The Jim Clark Trust and all who have financially supported this endeavour to honour a great Scottish sportsman.”

The charity Live Borders will oversee the museum, which will house cars and memorabilia from Clark’s life, as Lynne Irons, director of managed services at Live Borders explains: “The expanded museum will be a modern and vibrant celebration of Jim Clark’s life and career for visitors from all walks of life to celebrate his life and achievements.

“Live Borders is delighted that the efforts of all the partners has led to successful fundraising targets being reached and look forward to working with them to create a first class museum and visitor experience for Duns and the wider Scottish Borders.”

Future expansion could see the introduction of more cars, a scenic car trail retracing much of Clark’s life in the area, as well as the chance for the next generation to study technical apprenticeships at the museum.