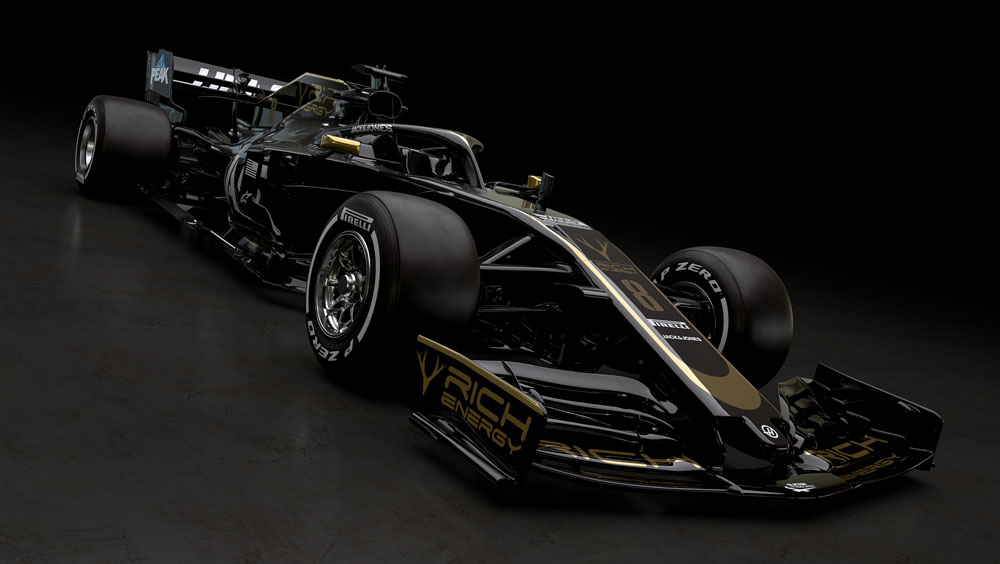 The Haas Formula 1 team has unveiled its new livery, based on the black-and-gold colours of its new title sponsor, energy drink company Rich Energy.

Rich Energy had also been linked with sponsoring Williams as well as previously with purchasing Force India.

The livery is a radical departure from the black, red and grey colours Haas has used since its F1 debut in 2016. There are also computer-generated renders of the VF-19 F1 car below.

Haas drivers Romain Grosjean and Kevin Magnussen along with Haas boss Günther Steiner and Rich Energy CEO William Storey were at the unveiling event at the Royal Automobile Club in central London.

“It’s important that we keep progressing as a team, and this season is no different,” said Steiner.

“Our partnership with Rich Energy is another positive example of moving forward as an organization. We’re pleased to see their colours on the VF-19, we welcome them as they join our valued partner group in utilizing Formula 1 as a global marketing platform.

“While 2018 delivered our best season to-date, the year showed, sometimes sharply, that we still have areas to improve on as a team.

“On-track, our push for performance started early with the VF-19, our next step is to get to Spain and utilize our time there wisely to prepare for Australia.”