Just over a week has passed since Mercedes confirmed that Lewis Hamilton will stay on into 2022 and 2023, and the world now awaits the next driver announcement from the team.

Toto Wolff continues to insist that the decision has yet to be made, but without a doubt the momentum is behind George Russell. Most observers assume that it’s only a question of when Valtteri Bottas is informed that he’s not required beyond the end of this season, and there are suggestions that the news could come as soon as the British GP weekend.

It’s a tricky call for Wolff. Along with his business partner he backed the Finn’s early career and helped him into F1, and while he was obliged to take a step back when Bottas joined Mercedes and there was an obvious conflict of interest, the pair remain close.

“Valtteri’s racing in Austria was really good. He needs to consolidate that.”

There’s a bigger picture here of course, and that’s the fact that Russell represents the future of the team, and is proving every weekend that he is more than ready to make the move. He has only got better since his stunning performance in Bahrain last year, when he stood in for the Covid-hit Hamilton.

As previously reported the Russell/Bottas issue was always going to be secondary to sorting out Hamilton’s deal. Wolff couldn’t address it until he knew 100% that the multiple World Champion was staying, and thus there was one seat left to fill. Until that was done and dusted there was still a chance that Lewis would not race in 2022, which would have left Mercedes looking at a Russell/Bottas combo. Now it’s a straight choice. 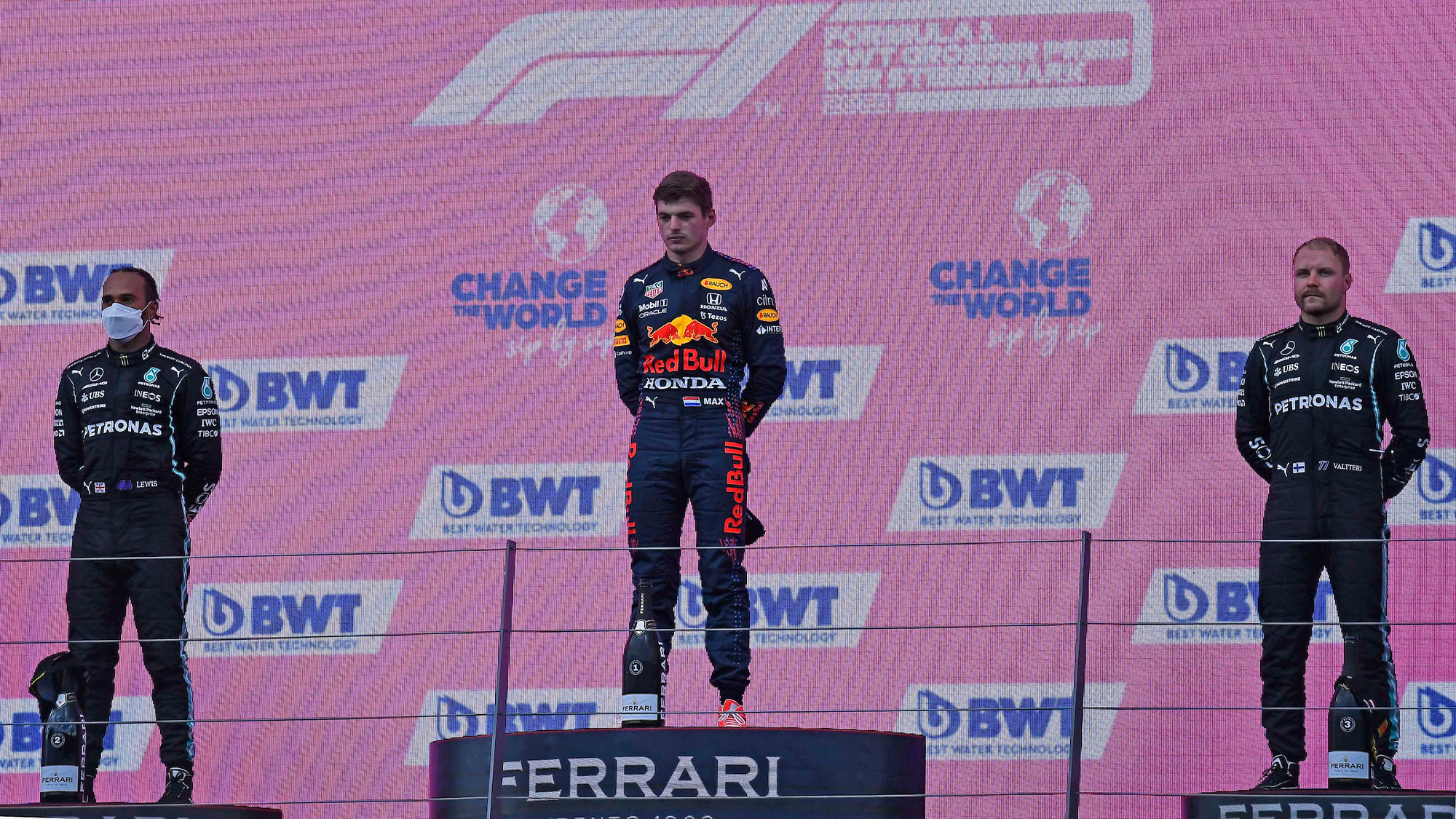 “We always said, we want to give it the next few races to gain more clarity,” Wolff said shortly after the Hamilton announcement. “I’m also happy, Valtteri’s racing in my opinion in Austria was really good. And he needs to consolidate that.

“But he’s a known factor. And in the same way, we know the strengths and weaknesses of George. And that decision is going to be made during the summer, and first discussion is going to be with George and Valtteri, and then hopefully, we are sorted before the end of the season.

“I mean, with Lewis, we were clear since a while that we wanted to continue. So that was obvious for us. And now we can look at the second seat. It’s between those two. As I said, we value them both for their strengths and for what they can contribute to the team.”

Asked later that afternoon if Hamilton’s deal meant that it was time to sort out his own contract Bottas said he was happy to wait.

“Not today, I think there’s an important day tomorrow!,” he said. “But obviously it is good for him. He’s fully deserved that, and it’s nice to see that there’s still the passion and the joy of racing for him. He’s obviously doing well. So I think it’s a no-brainer for the team, and for Lewis.

“And for me, I just realised that it’s already July, and the August break is only two races away after this one. So I’m sure soon we have to discuss it. But not today, and not tomorrow.” 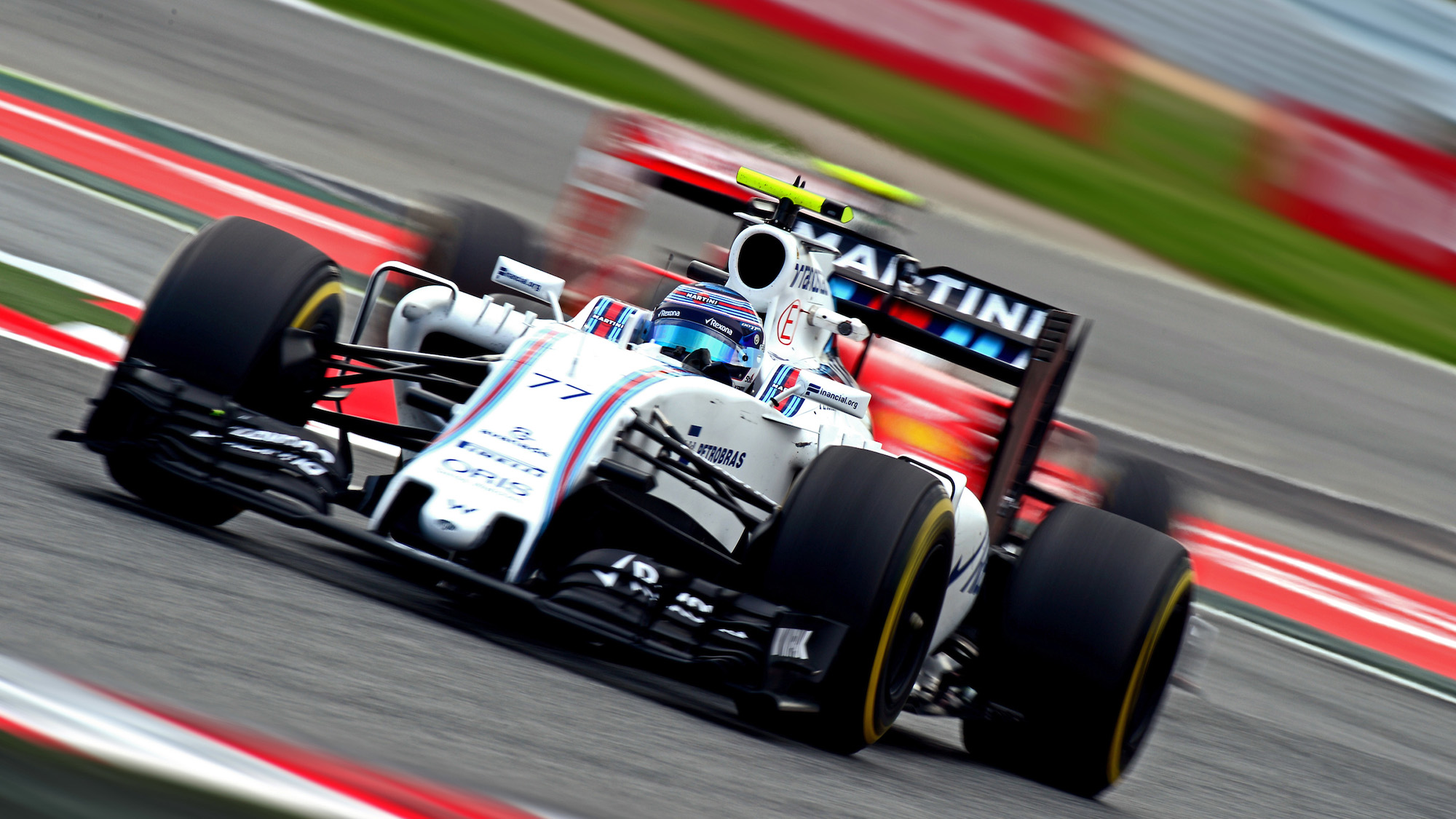 Five years after jumping shop to Mercedes, a return to Williams looks to be an option for Bottas

Bottas didn’t look or sound like a man who is particularly confident that he will retain his seat. The problem he faces is that there are few options left for 2022. One intriguing possibility is a return to Williams after five years away – in effect a straight swap with Russell.

It would have made no sense a year ago when the team was parked at the back of the grid. However Williams is clearly on the up, thanks to its ambitious owners and canny team principal Jost Capito, who seems to be making all the right calls.

Signing a multiple race winner would be a real signal of intent, and the Mercedes links – the Grove team will use the works team’s gearbox as well as power unit next year – add an extra layer to any negotiations as Wolff tries to find a soft landing for his protege.

Asked by Motor Sport if he was looking around at options like Williams, just in case, Bottas was non-committal. However, he insisted that his future lay in F1.

“First obviously I want to get the understanding from the team, what is the plan, which driver they want in the other car,” he said. “Lewis is confirmed, the other is still free. So the team needs to decide, and I need to have that discussion.

“I also feel like I have many, many years still left in me. I enjoy racing, I love racing, I love F1, so it’s definitely not time to go to other other forms of motor sport in the coming years. If that wasn’t the case, that I wouldn’t continue with Mercedes, of course I would look at other options.

“But it’s not something I need to think about now. And I also have a good management team, and they haven’t told me anything yet. I don’t know if they’ve been in touch with anyone, because they know how important it is to focus at this current moment on delivering the best we can as a team, and for me personally.

“The time will be right soon. I don’t know yet which day, which week. But I think soon we’ll have to look at all the options, and the situation as a whole.” 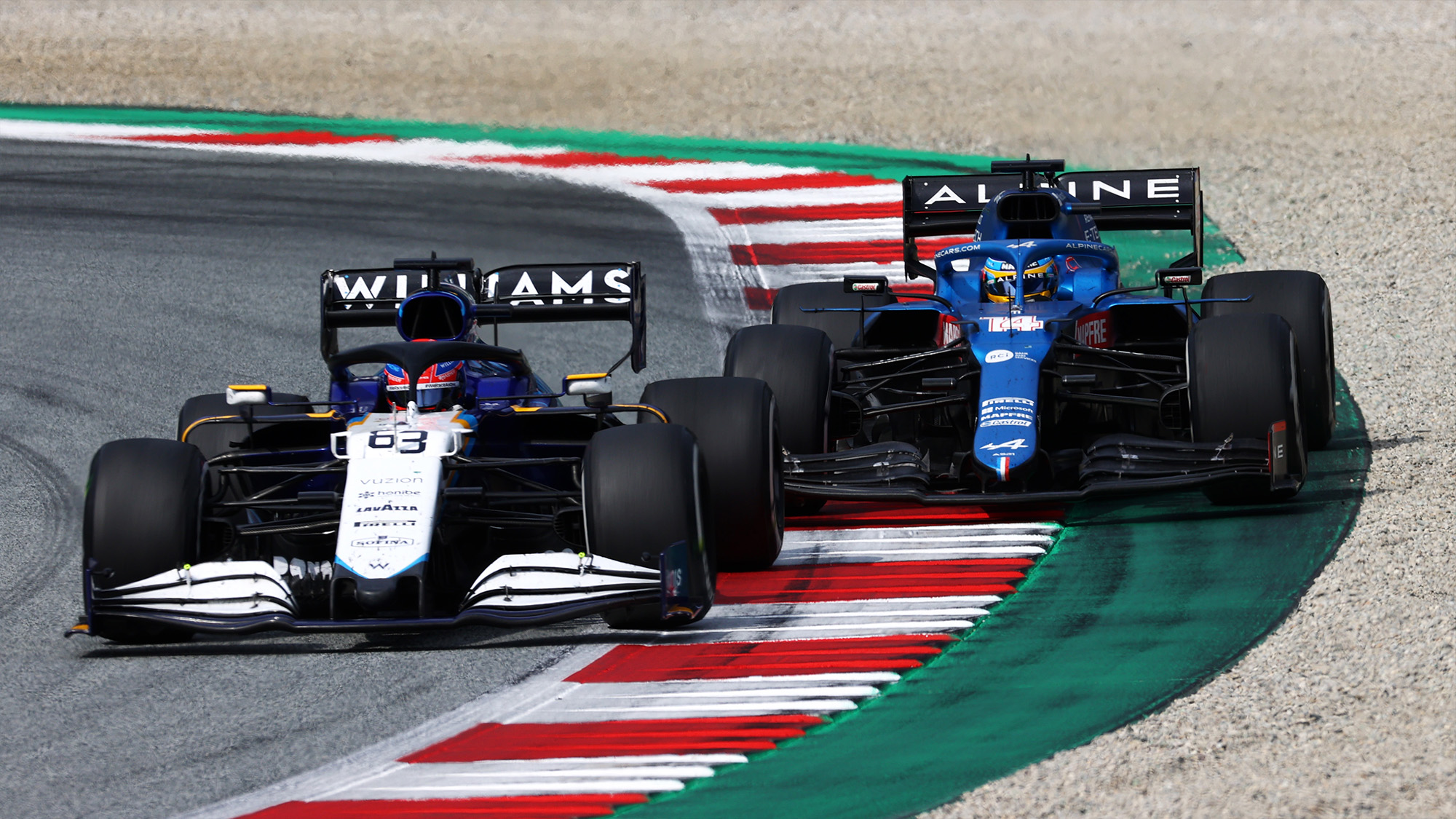 As for Russell, he’s continuing to state his case every weekend. Making Q3 in Austria on the medium tyre – something the two Ferrari drivers failed to do – was an extraordinary achievement. Frustratingly he lost places on the first lap, squeezed out by Yuki Tsunoda.

Ultimately he lost that elusive first Williams point when Fernando Alonso finally found a way past to claim 10th place. However, the Englishman didn’t make it easy, and the Spaniard was impressed by his driving.

Lewis Hamilton has confirmed that he will be on the F1 grid for at least two more years, after signing another Mercedes contract, as the Formula 1 driver line-ups for…

Asked about Hamilton’s deal Russell said: “I’m really pleased to see Lewis staying in the sport. He’s obviously a worldwide superstar, and still performing at an exceptional level. I guess he’s like a fine wine, he keeps getting better with age! I just think it’s really great for F1 to have a guy like Lewis staying.

So what about the interminable wait for that decision?

“I don’t really know to be honest. As I said, I’m really not pressurising anybody, because I want to do the talking on the track, and just focus on the circuit. Because I know if I do the job on the track, everything will sort itself out.

“Mercedes know me so well throughout all the years, and I’m in contact with them daily, as it has been for the past three years. They’ll get it done when they believe it’s the right time, whichever way they decide to go.” 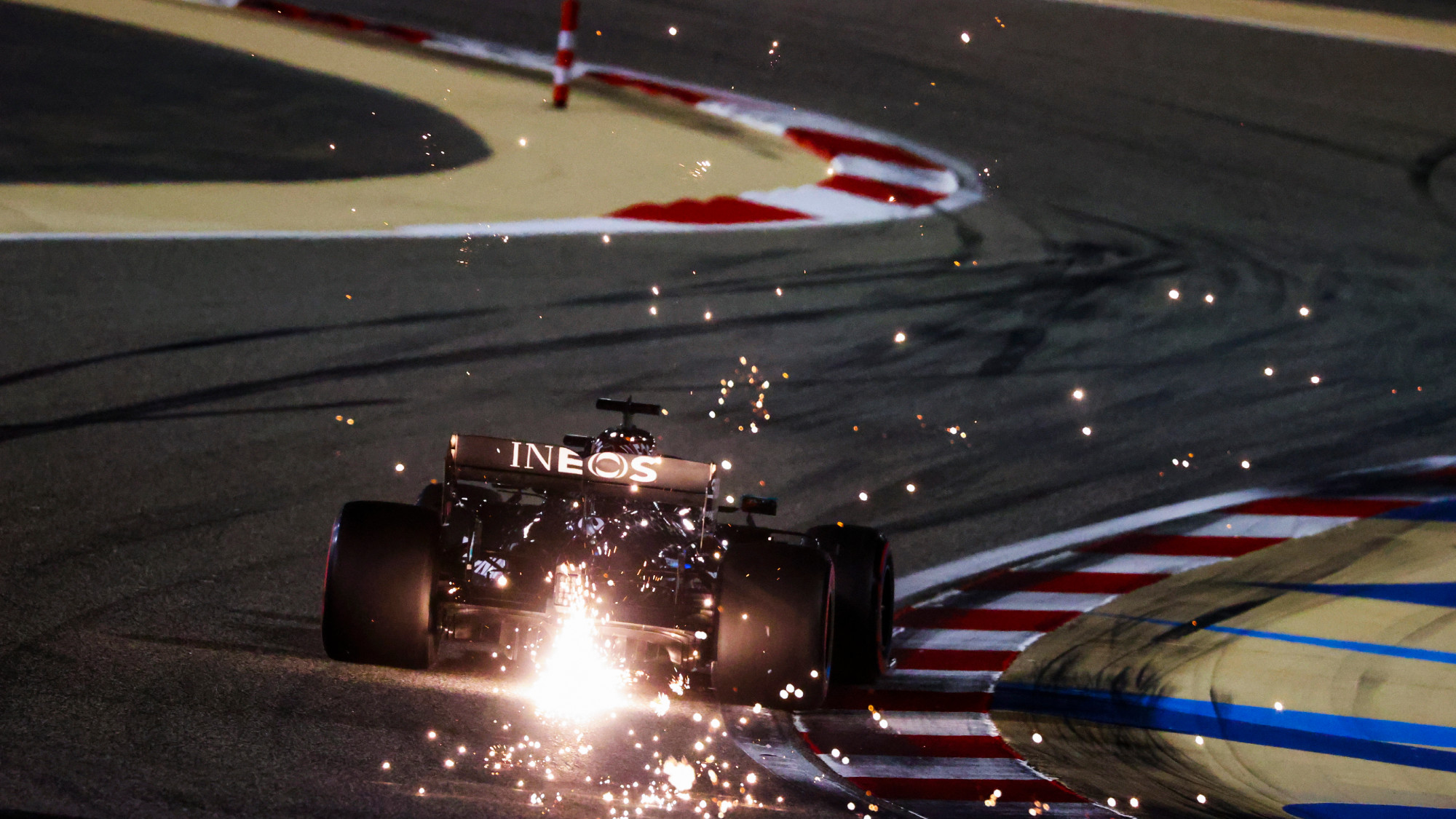 Russell now heads to a packed Silverstone next weekend as one of the three obvious focal points for the home crowd, alongside Hamilton and Lando Norris.

“Yeah I’m really excited for that,” he said. “Home crowd, and it was buzzing in 2019 even when I was driving around at the back. So it should be pretty good now.

“I don’t know how the sprint race is going to pan out. I don’t think that is in our favour, to be honest, because we’re obviously showing more speed on a Saturday than we do on a Sunday. And with the sprint race that’ll only allow the faster cars to come back through the field. But nevertheless, we need to give it an opportunity, and see how we get on with it.”