Williams has agreed to release the Mercedes junior driver for the race, where he will be looking to show off the potential that has seen him outqualify his team-mate for 36 races in a row — his entire F1 career.

“It will not be a straightforward task for George to make the transition from the Williams to the W11, but he is race-ready and has detailed understanding of the 2020 tyres and how they perform on this generation of cars,” said Toto Wolff, Mercedes’ team principal, who decided against appointing Stoffel Vandoorne, his team’s own reserve driver.

“George has shown impressive form this year with Williams, playing an instrumental role in their climb up the grid, and I am optimistic that he will deliver a strong performance alongside Valtteri, who will be a demanding reference for him.”

Russell won the 2017 GP3 season in his rookie year, followed by the Formula 2 championship in 2018 before moving to Williams last year. Another year on and he finds himself in the best car on the grid. 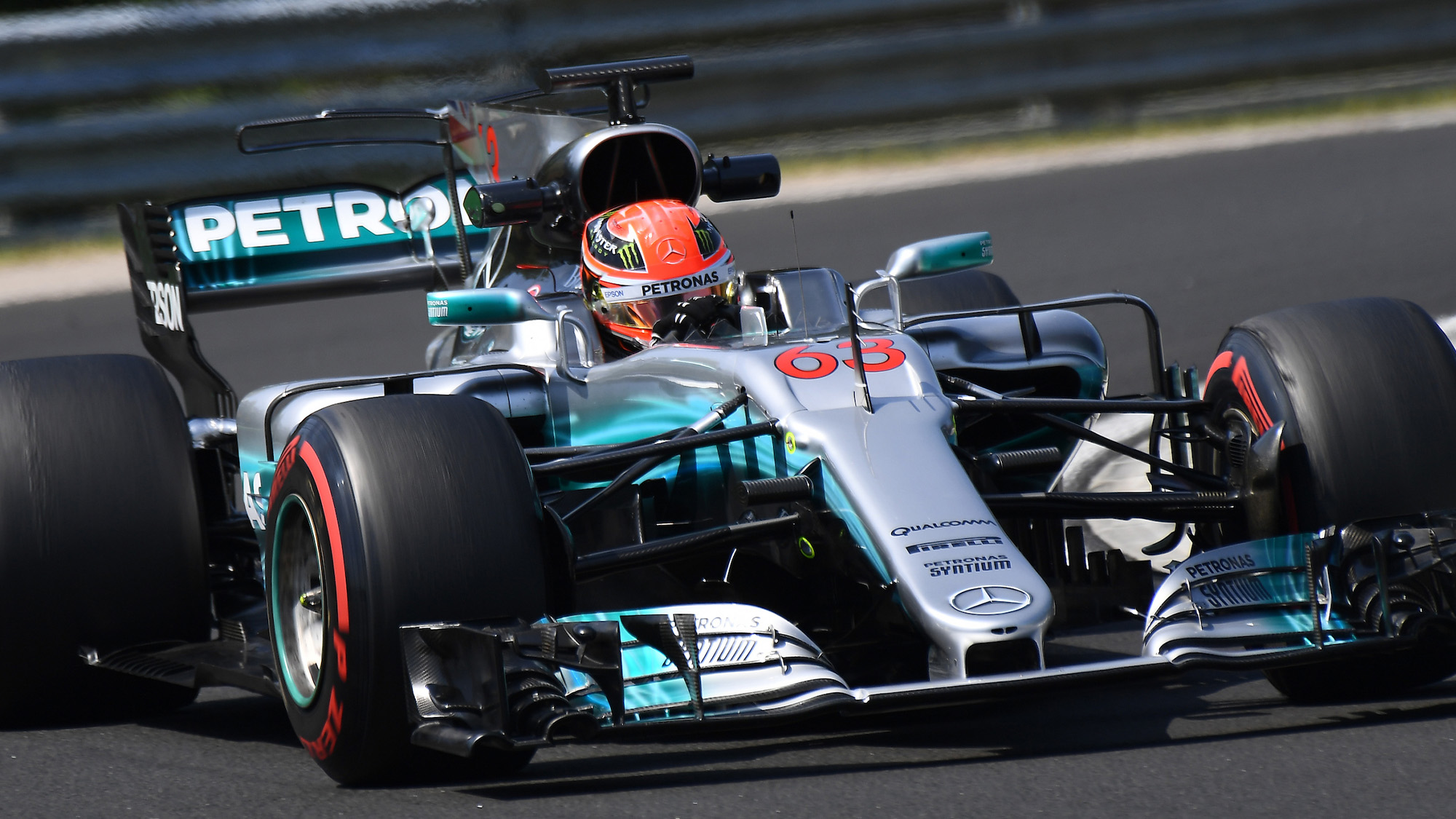 Russell tested for Mercedes in 2017

“I see this as a great chance to learn from the best outfit on the grid right now and to come back as an improved driver, with even more energy and experience to help push Williams further up the grid,” said Russell. “A big thank you also to Mercedes for putting their faith in me.

“Obviously, nobody can replace Lewis, but I’ll give my all for the team in his absence from the moment I step in the car. Most importantly, I wish him a speedy recovery. I’m really looking forward to the opportunity and can’t wait to get out on track this week.

Lewis Hamilton says that he is devastated after testing positive for Covid-19, forcing him to miss this weekend's Sakhir Grand Prix in Bahrain. This season's F1 champion is isolating after…

“I want to say a huge thank you to everybody at Williams for giving me this opportunity. I might be wearing a different race suit this weekend, but I’m a Williams driver and I’ll be cheering my team on every step of the way.”

Toto Wolff didn’t reveal details of the deal to release Russell from Williams which will be fighting hard this weekend for its first championship points, but described the conversation between the teams as “positive and pragmatic”.

“This race will mark a small milestone for us, as we see a member of our Junior programme compete for the works Mercedes team for the first time. We have a job to do this weekend, and the full focus of our sporting efforts will be behind Valtteri and George in order to maximise our points score as a team. But, of course, our thoughts are also with Lewis, and we will be supporting him as much as we can to make a rapid recovery during his period of self-isolation.”Those were the key factors in reaching an agreement,” he said. “I wish to thank our loyal partners at Williams for their collaboration and open-mindedness in making it possible for George to race for Mercedes this weekend.”