Capricious things, anniversaries. In the 2012 Spanish Grand Prix, Pastor Maldonado scored Williams’s first victory in eight seasons – the perfect follow-up to team founder Sir Frank Williams’s 70th birthday, which the team had commemorated during the weekend – but a garage fire then rather soured celebrations. The paddock wasn’t quite as busy when smoke began to seep from the Williams garage this morning, following a KERS failure on Pastor Maldonado’s car, but the situation was swiftly brought under control and nobody was hurt. Unfortunately for the team, things have been rather less lively on the circuit. As Williams GP Engineering prepares for its 600th World Championship Grand Prix, neither of its cars had the distinction of clearing the modest hurdle of Q1… 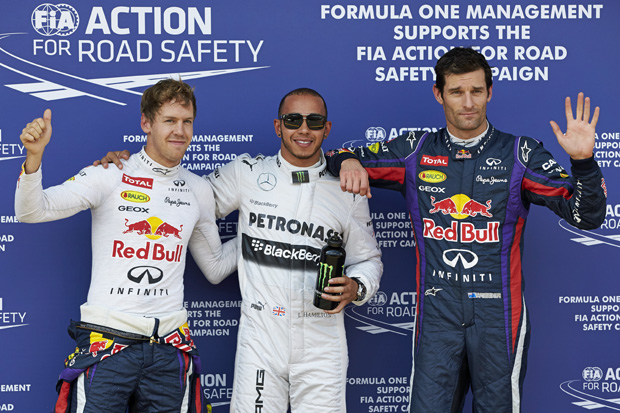 Life wasn’t wholly straightforward at the other end of the field, either, and it had nothing to do with tyres (a topic that has scarcely been mentioned in the slipstream of so much hype during the past two days). Nico Rosberg looked a sure-fire pole contender for Mercedes, but the team settled for his early banker lap in Q2: with the track evolving swiftly, however, that wasn’t enough and the British GP winner failed to progress. “I was really shocked when the times started falling,” he said. “I didn’t see it coming and we just underestimated how much the track would ramp up in terms of grip and lap time. I could have been on the front row today and that’s why I’m so disappointed. Sometimes, though, that’s how racing is.”

His team-mate Lewis Hamilton made amends, however, with a 1min 29.398sec lap that was good enough for pole, although he had barely a tenth in hand over Sebastian Vettel’s Red Bull. 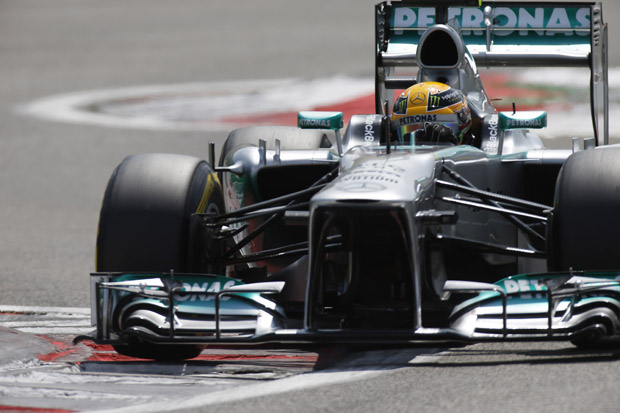 “It’s quite a turnaround,” Hamilton said, “I’m a little bit overwhelmed, to be honest, because I have been struggling since first practice. We were so far off this morning that we took the set-up back to where we started, tried to analyse everything and just worked really hard to improve it. I’m so grateful to the engineers and mechanics – it’s all down to them, really.”

For all his 29 F1 victories, Vettel has yet to add a home win to his collection – but Red Bull’s long-run pace augurs well for tomorrow. “We seem to be a lot closer to Mercedes than we were at Silverstone,” he said. “I think we’ve done our homework and we should have a good race from here.”

Team-mate Mark Webber has often had the edge on Vettel at the ’Ring, but today he had to settle for third – although he was happy enough with that. “It’s a classic circuit,” he said, “and slightly old school. Even things like the kerbs are quite nice. They are the old-style kerbs and I told Charlie [Whiting] that we should install some of these at the newer circuits, because they are self-policing at the exit. There’s none of that Astroturf rubbish and it’s a beautiful little circuit to drive.”

Lotus drivers Kimi Räikkönen and Romain Grosjean were fifth and sixth, ahead of Toro Rosso racer Daniel Ricciardo – whose qualifying pace has been spectacularly brisk since news of a forthcoming Red Bull vacancy broke.

Alone among the regular front-runners, Ferrari opted to qualify on the medium tyre rather than the soft. “I don’t think it made a great deal of difference,” said Fernando Alonso. “Perhaps we could have been fifth and sixth on the soft, but strategically we felt the medium would be better.” The Ferraris wound up seventh and eighth, with Felipe Massa fractionally ahead – a detail Alonso didn’t explain. 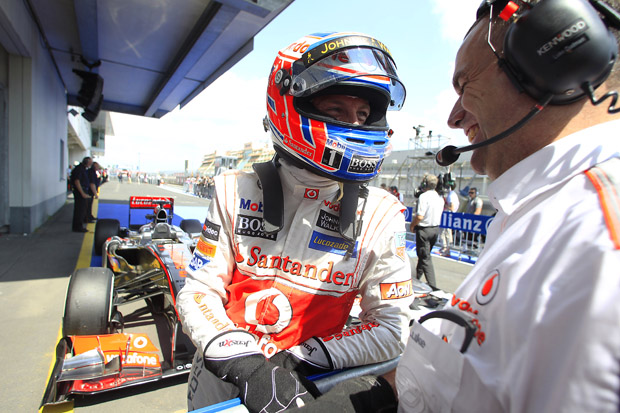 There were a couple of decent cameos, not least from Jenson Button – who described his Q2 lap as “the best I’ve done in a very long time” – and Nico Hülkenberg, who managed to nudge the recently hopeless Sauber into the top 10. 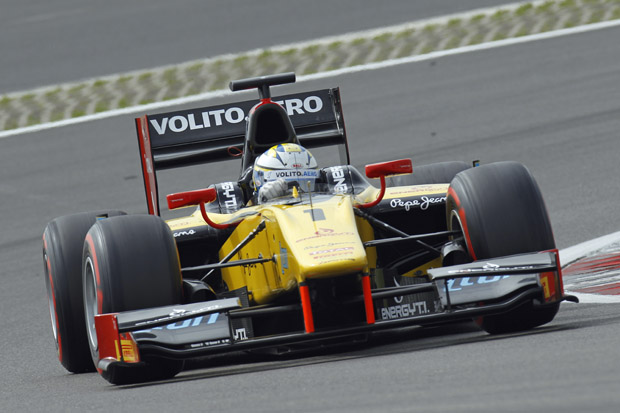 There were some fine performances, too, in the opening GP2 race. Marcus Ericsson has been devastatingly quick this season, but a string of problems has usually kept him out of the points. Things began chaotically this time, with the pincered Kevin Ceccon somersaulting into stalled Brit Adrian Quaife-Hobbs at the start, but Ericsson dominated once the mess was cleared and went on to score a beautifully judged victory from Englishman James Calado.

The result was just reward for Ericsson’s fans, many of whom had endured a 20-hour bus ride from Sweden to attend.