There’s some irony to the fact that Gilles Villeneuve, the swashbuckling, snowmobiling, sometime three-wheeling French-Canadian, took probably his greatest F1 race win in what was the antithesis of his usual style.

At a parched Jarama, the Ferrari driver headed off a 150mph train of Jacques Laffite’s Ligier, McLaren’s John Watson, Carlos Reutemann in the Williams and Lotus’s Elio de Angelis, doing just enough to hold the gaggle at bay and eke out the win; 1.24 seconds covering the first five. Whilst it might not have been done in the usual all-guns-blazing style with which Villeneuve endeared himself to millions, many still feel it to be the greatest display of his god-given driving talent and nerveless will to win.

Forty years ago to the day after it happened John Watson spoke to Motor Sport about that incredible race – he was right there behind him, after all.

“It was outstanding, he used the straight-line benefits of that car very efficiently,” remembered the five-time grand prix winner. “But he was manhandling an absolute dog of a car around the corners.”

Said dog was one that Villeneuve famously described as a “big red Cadillac”: the 126C. An update of the hugely successful 312B, the powerful Maranello mutt loved going down the straights, but fancied the bends less so.

It seems slightly contradictory then, that after an inauspicious start to the season for the previous year’s runner-up (three retirements, a seventh and a fourth), Villeneuve took his first win of ’81 at Monaco, after late retirements for a crashing Nelson Piquet and a fuel-starved Alan Jones gifted the French-Canadian the win.

With his season up and rolling at last, the Scuderia driver set up stall in Spain hopeful of building on that. Seventh on the grid for that race wasn’t exactly setting the world alight, but in the days when turbos oft-blew and collisions were common, there were still decent points to be had.

Watson was starting further up the field in fourth, driving the radical new McLaren MP4/1. He relished the blast through the arid Iberian landscape. 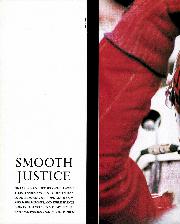 Gilles Villeneuve was much more than a brilliant but flawed racer. Look beyond the popular myths, says Mark Hughes, and the evidence points to a style that was precise and…

“I always enjoyed Jarama, I’d driven there in Formula 2 and in Formula 1 – a smallish track with some elevation changes,” he says.

“All around the racetrack, you’re looking at second and third-gear corners. The quickest turn was one coming onto the start-finish straight. The corner under the bridge and up the hill was probably the only other major challenge.”

“The trouble was it wasn’t particularly easy to overtake, because the straights between the corners weren’t especially long.”

This was a key factor which Villeneuve would use to his advantage later on. First, though, the Ferrari driver would have to negotiate the start – which he aced.

Rocketing off the grid, Villeneuve used the 126C’s superior grunt to burn off Bruno Giacomelli in his Alfa Romeo and Watson before diving outside to outdrag Renault’s Alain Prost and the Alfa of Mario Andretti.

One corner in and he’d already taken four places, but he wasn’t done yet. Rounding the final turn on lap one, Villeneuve at first appeared far too distant to attempt a move on Williams’ Carlos Reutemann.

His extra power paid off though, Reutemann’s DFV no match for the Ferrari engine. Villeneuve drew close on the straight and managed to get alongside the Argentinian as they headed into the first corner, putting his Ferrari where few others would.

Villeneuve dared to brake later, swooping round the outside to take second. Whilst the later laps of this race might not have been the French-Canadian’s style, early on it was vintage Villeneuve.

And so the cars held position until lap 13, until the idiosyncrasies of Jarama did for the leading Williams of Alan Jones.

“To some degree, I would say Jarama would be what you would call a traditional one-line racetrack,” says Watson.

“If you ever get off-line, then you’re going to get into rubbish and whatever else.

“Look at Alan Jones, he went off because he went just fractionally off-line. It was a rare mistake, essentially got onto the crap and he went off-track.”

That slight lapse in concentration meant that Jones – then the reigning F1 champion – was sent skidding ignominiously into the catch fencing. Suddenly Villeneuve found himself leading, on a tight and twisty track in a Ferrari whose handling might be described as mediocre at best.

He just had to hang on for 66 tortuous laps, and he’d be there.

It was a tricky day in Spain, and the unforgiving track was claiming champions past, present and future. Prost flew off on lap 28 as did Brabham’s Nelson Piquet on lap 43.

This elevated Watson to third, though four laps later he allowed an opportunistic Laffite to get past in his Ligier. However, Watson was still desperate to get on the podium – the McLaren man saw his chance at the end of the 61st tour.

“I suppose one might say it’s a bit like property these days, it’s ‘position, position position’ – get the position and if you can consolidate it as best you can without throwing it away, then that’s what you have to do,’ says Watson

“So I took the opportunity to snatch third place off Reutemann – I didn’t think he was going to make an error twice!”

The McLaren and Williams drivers had come upon the Ensign of Eliseo Salazar entering the final corner. Reutemann found himself bottled behind the Chilean and lifted off the throttle, whilst Watson controlled an obscene slide under rapid direction change to dive up the inside of the hapless Williams man, who had been passed by Laffite earlier in the lap.

“Poor old Reutemann!” James Hunt empathised over commentary. “His whole world has shattered around him.”

From here the ‘Famous Five’ of Villeneuve, Laffite, Watson, Reutemann and de Angelis formed, the quick quintet running almost nose to tail for the next 18 laps. 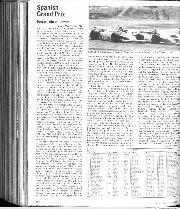 Ferrari win on power Jarama, Madrid, June 21st Last year the Spanish Grand Prix was the centre of a dispute between the Formula One Constructors Association and officialdom in the…

Villeneuve was under intense pressure, particularly from the rapid Laffite.

“At that point the Ligier was a very good car, it handled well and Jacques was doing a very good job behind the wheel,” comments Watson.

“He was equally frustrated as everybody else was because he couldn’t quite get on terms with Villeneuve down that main straight.

“Around the back of the racetrack, you’re all over him like a rash. But because it is essentially a one-line circuit, there were a few places [you could pass].”

Every time the Ligier got close, Villeneuve was able to use his superior power to hold off the oncoming Frenchman.

“Villeneuve drove an outstanding race, didn’t make a mistake, or if he did make a mistake he covered it enough to get away with it,” remembers Watson. “He was manhandling that dog of a car around the corners.”

Watson and co were frustrated – knowing the race would’ve been theirs, if only they could get by.

“If any one of the four cars that were running in that line were to find a way around, then we would have pulled away because our cars over a lap were quicker than the Ferrari.

“But the Ferrari was quicker where it counted: down the straight.”

And so it remained for the rest of the race. Villeneuve clung on to win the 80-lap scorcher, doing just enough to keep the four hungry beasts behind him at arms length.

It would be Villeneuve’s last win in F1 before his untimely death the year. For many, it’s his best of all, in an era of F1 when so many drivers and cars had the opportunity to win.

Does Watson look back fondly upon being involved in such a great race in a ‘golden era’ of F1?

“Reflectively yes, because it was great to see five different cars all running within a gnat’s **** of each other.

“Not many other race tracks would have allowed that level of closeness.”