They say everything’s slightly larger than usual in Texas, and so it proved with slightly more tyre wear than usual, slightly more bumps than the usual modern F1 circuit and a few more fans featured than past Uhmerican GPs.

Here’s what was going up and down at a truly rip-roaring F1 weekend in Austin.

In an incredible upgrade from the Crypto Truck, NBA star Shaquille O’Neal turned up to present the trophy in what can only be described as Mad Max’s Sunday runaround.

Hopefully Rowan Atkinson can deliver the beautiful British GP trophy in his Bean-mobile Mini next year.

Sergio, you will not have the drink 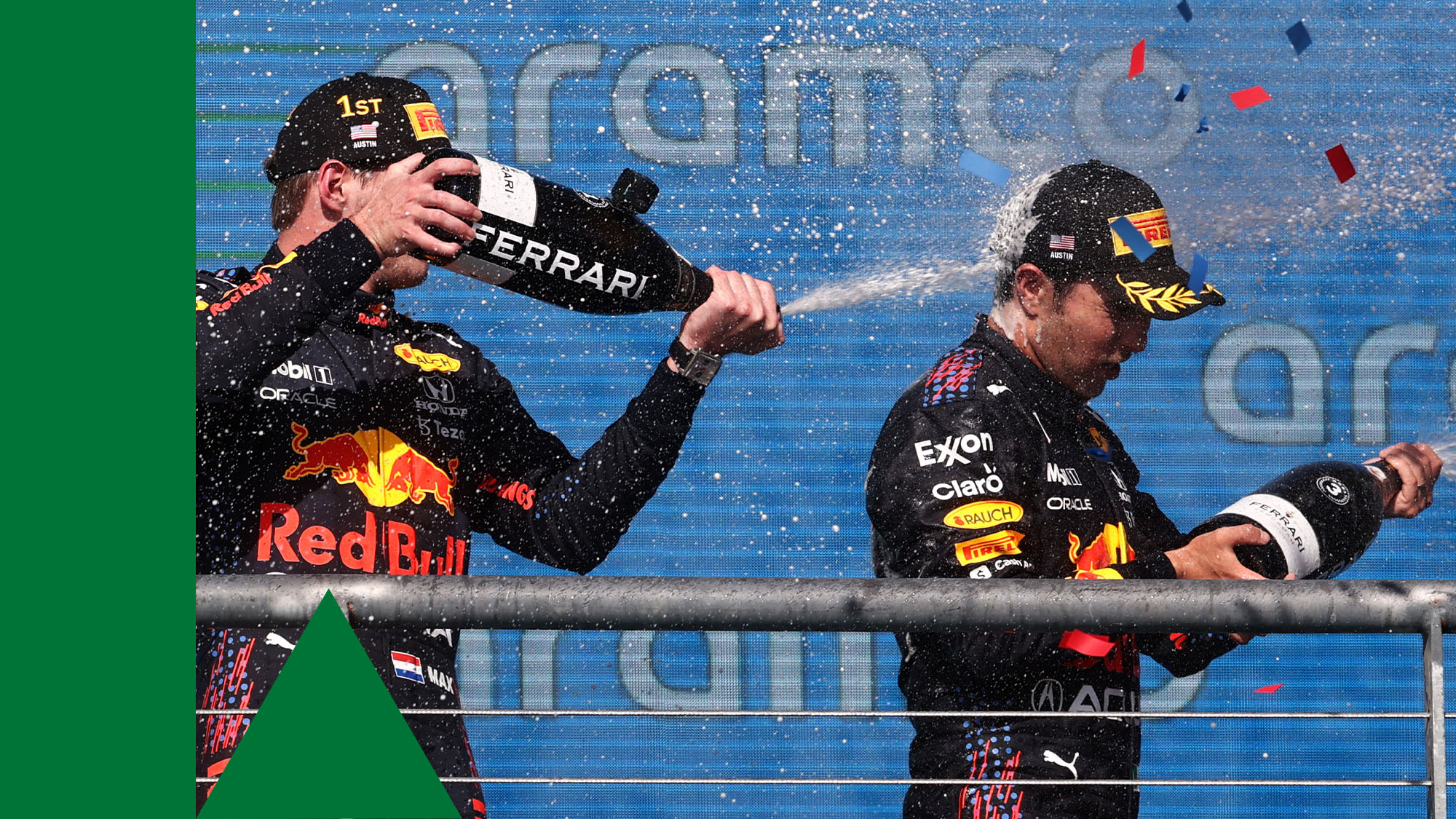 Sergio finally gets the drink

A heroic effort from Sergio Perez, who really went for that authentic Texas desert experience by having his drinks bottle not function for the whole Grand Prix, causing his vision to go blurry and struggle even to steer.

Poor parched Perez must’ve felt like a 1000-day sundried tumbleweed rocking up to the oasis as he finished a remarkable third – so thirsty he might even have been tempted to down a can of sickly, molar-dissolving energy drink.

Martin Brundle, doing his usual thing of sticking it to the pointless security people protecting unfathomable celebrity guests with no interest in F1. Go on MB!

Good, not so clean racing 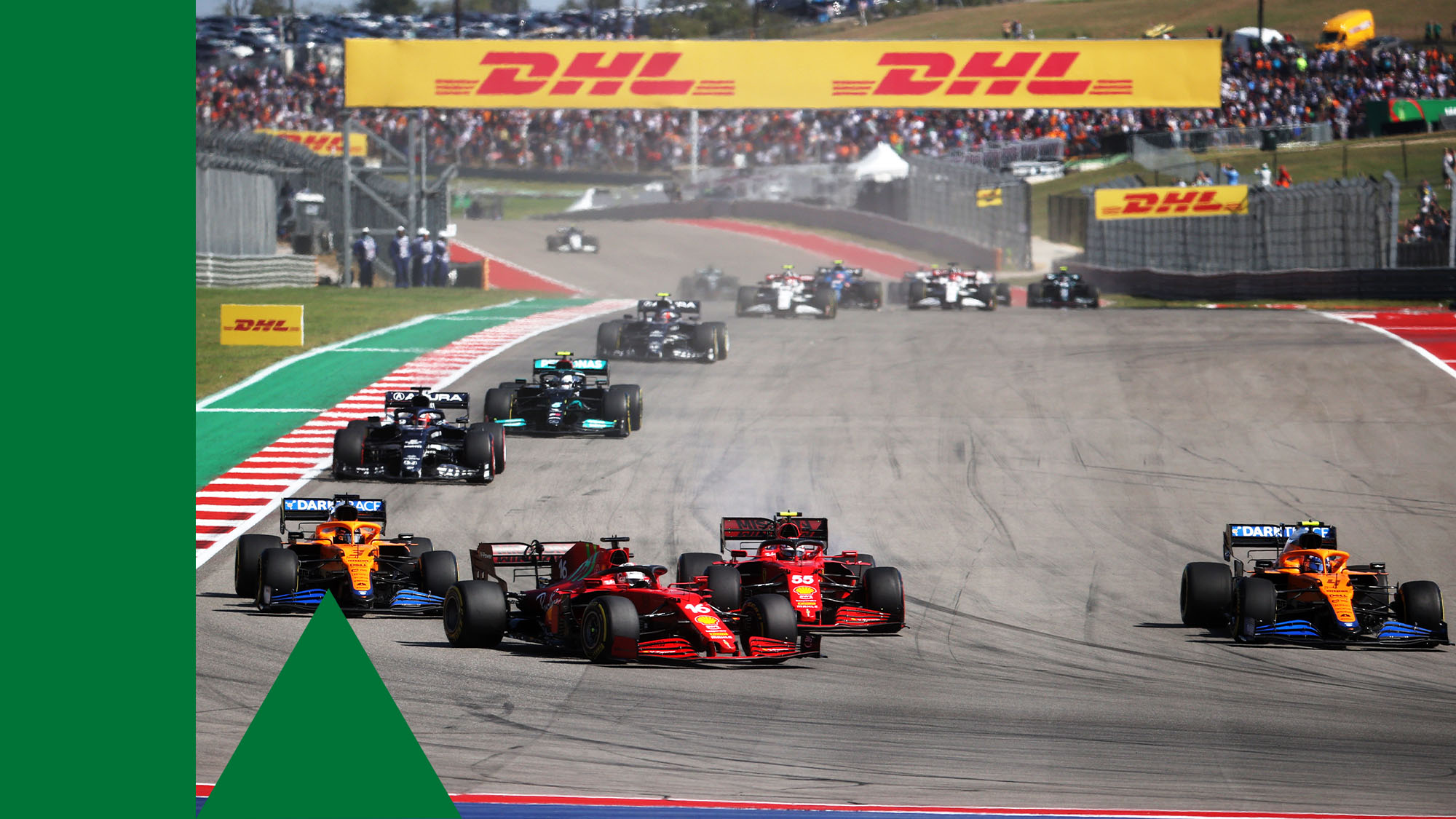 Everyone loves a midfield skirmish – Lando Norris swooping in Sopwith Camel–style as he went three-wide with Daniel Ricciardo and Carlos Sainz, Fernando Alonso attempting to upset the whole of Hinwil with his Alfa-bashing, Sebastian Vettel and George Russell going tooth and nail in a new Battle of Britain…

Bumps in the road 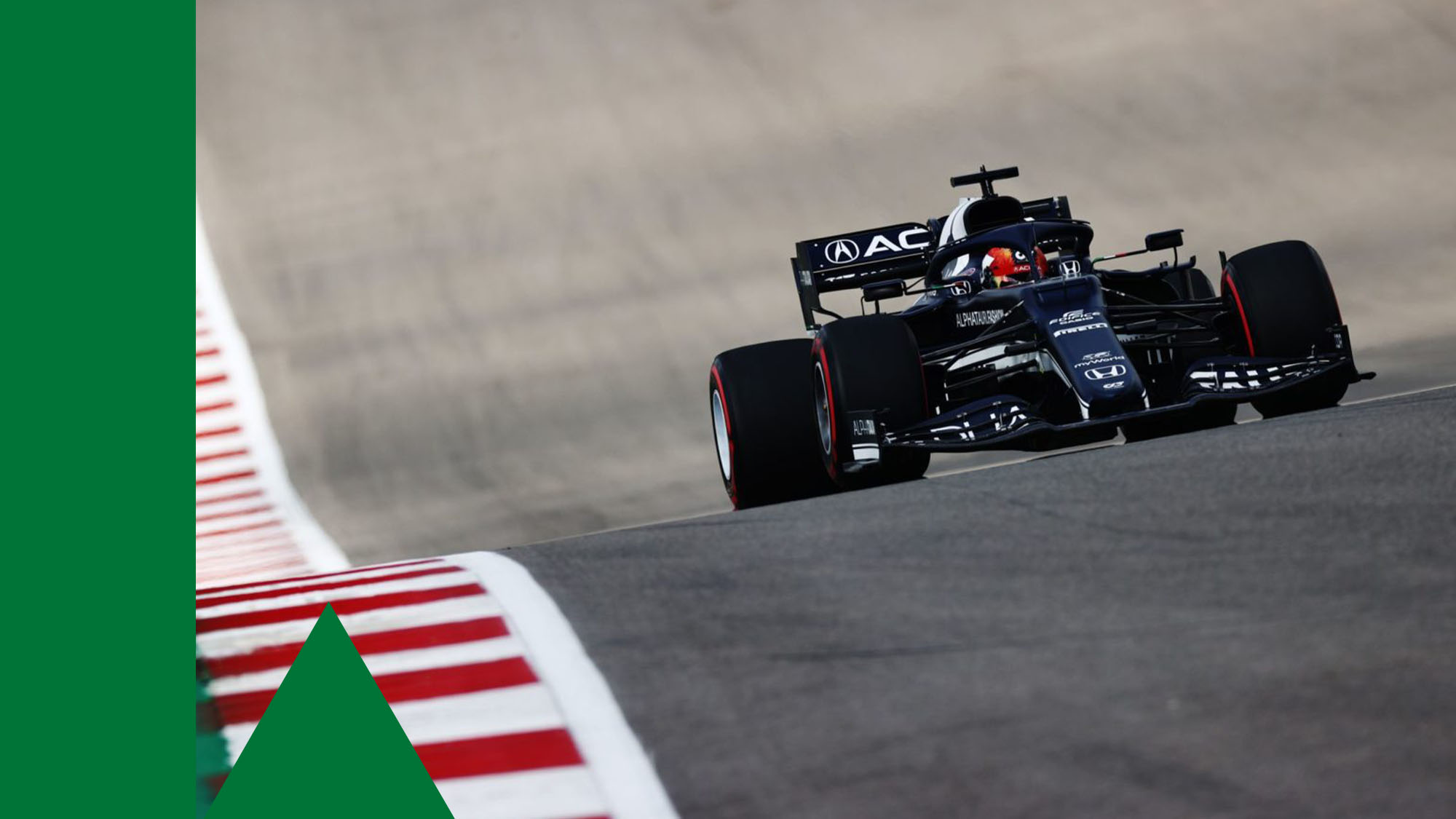 Maybe a few cars retired as a result, but the bumps of the Austin floodplain brought a bit more jeopardy to an era of F1 when the cars are more or less bulletproof.

You won’t get this when we’re racing on the billiard-table Las Vegas parking lot in a few years. Maybe they can import the Texas bumps Vegas-style like the Eiffel Tower, the Venetian canals, the Egyptian pyramids etc. 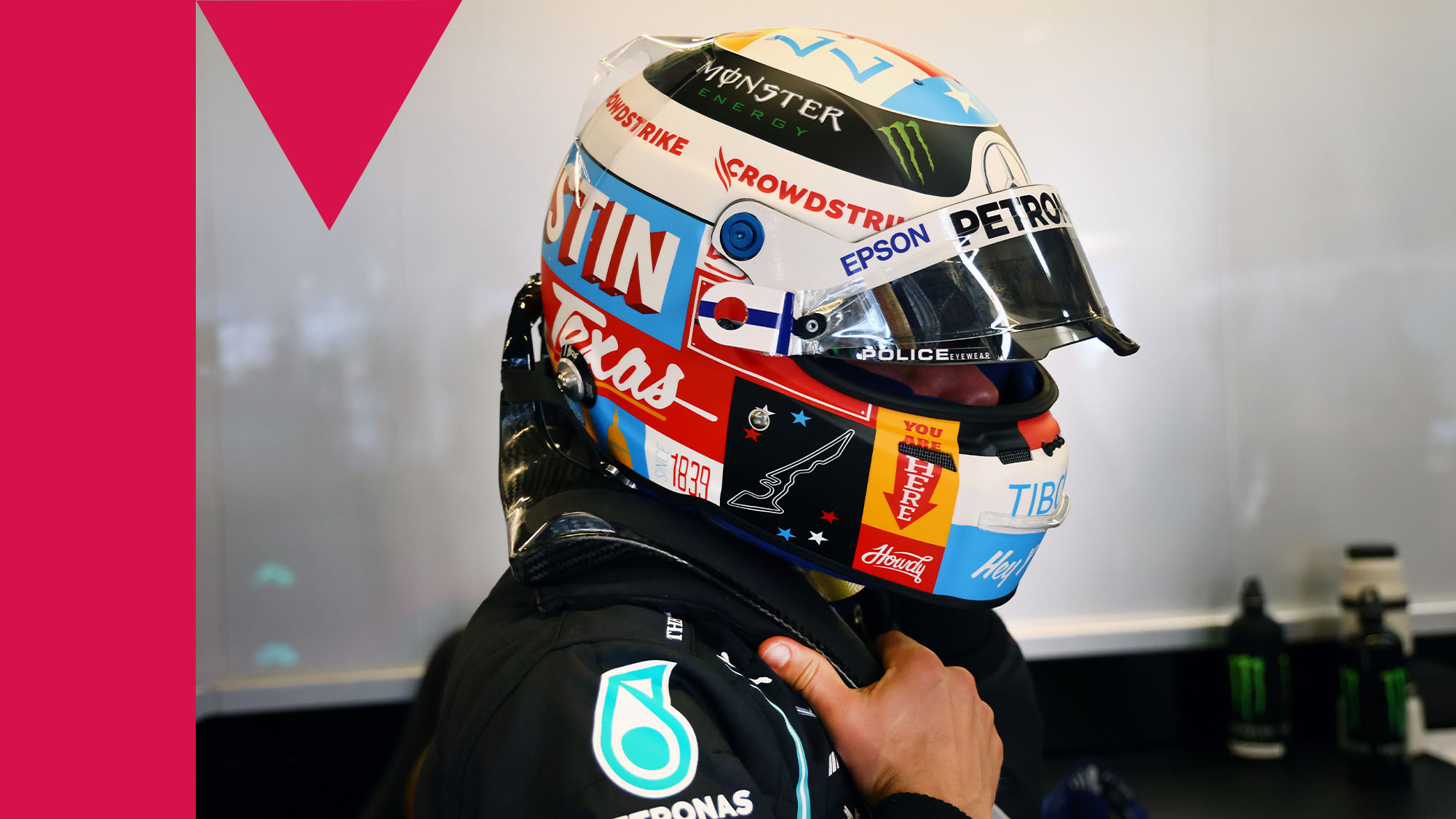 A true work of art

All power to those who didn’t have special edition helmets in the US. Not sure we need more variations on the usual lids with those great Land of the Free slogans like ‘Route 66!’, ‘America!’, ‘Hey!’, ‘Burger!’

Admittedly, George Russell does look a bit like Woody out of Toy Story, so we’ll let him off for his one. 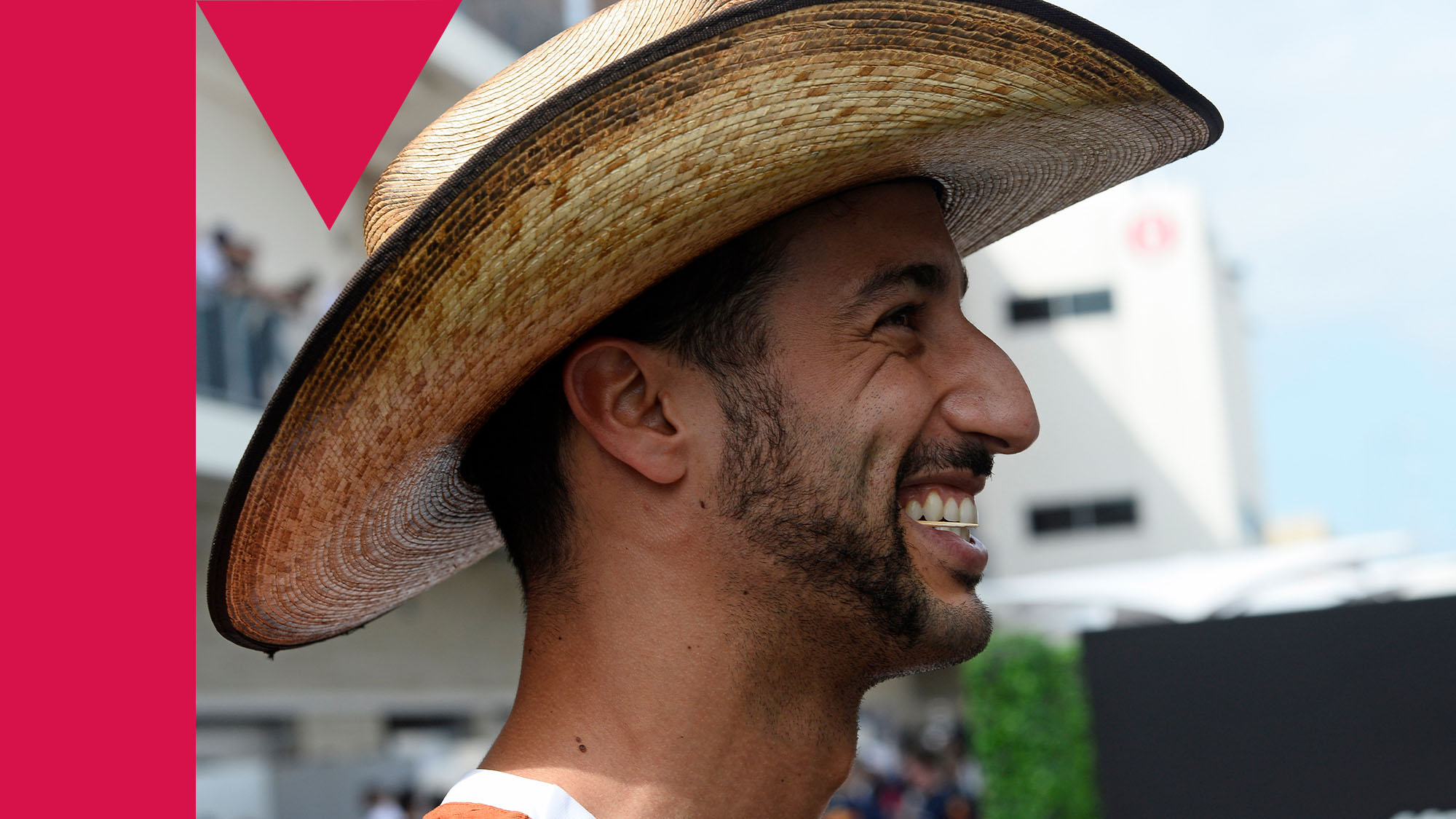 For the love of Dale Earnhardt JR, someone make him stop…

Sounding like an effort from a Perth am-dram society doing its best stab at Carousel, Danny Ric might as well have been dragging an MCL35M driveshaft down a blackboard.

Not that Monza was going to be forgotten in a hurry… 🇮🇹🏆 #McLaren #F1 pic.twitter.com/wNgeNs4ecx

McLaren head honcho Zak Brown embarrassed former Renault head teacher Cyril Abiteboul by nipping into a Texan tattoo parlour to fulfil a challenge from Toto Wolff – and score himself some upper arm ink in tribute to, fittingly, Daniel Ricciardo’s Italian GP win, when it seems like ten years ago the Frenchman was supposed to get his.

When’s the big C gonna ink his tatt? That immensely tedious PR campaign to do so, seemingly led by Crofty, to commemorate the Honey Badger achieving his first Renault podium, seems to have come to naught. What a waste of hot air.