Baku stood and delivered. Draftier than a Siberian outhouse, ‘magic’ switches being turned on leading to first corner calamity, and tricky turns claiming hapless victims like merciless Venus flytraps – it was entertainment from start to finish.

Here’s who and what’s going up and down after the 2021 Azerbaijan Grand Prix. 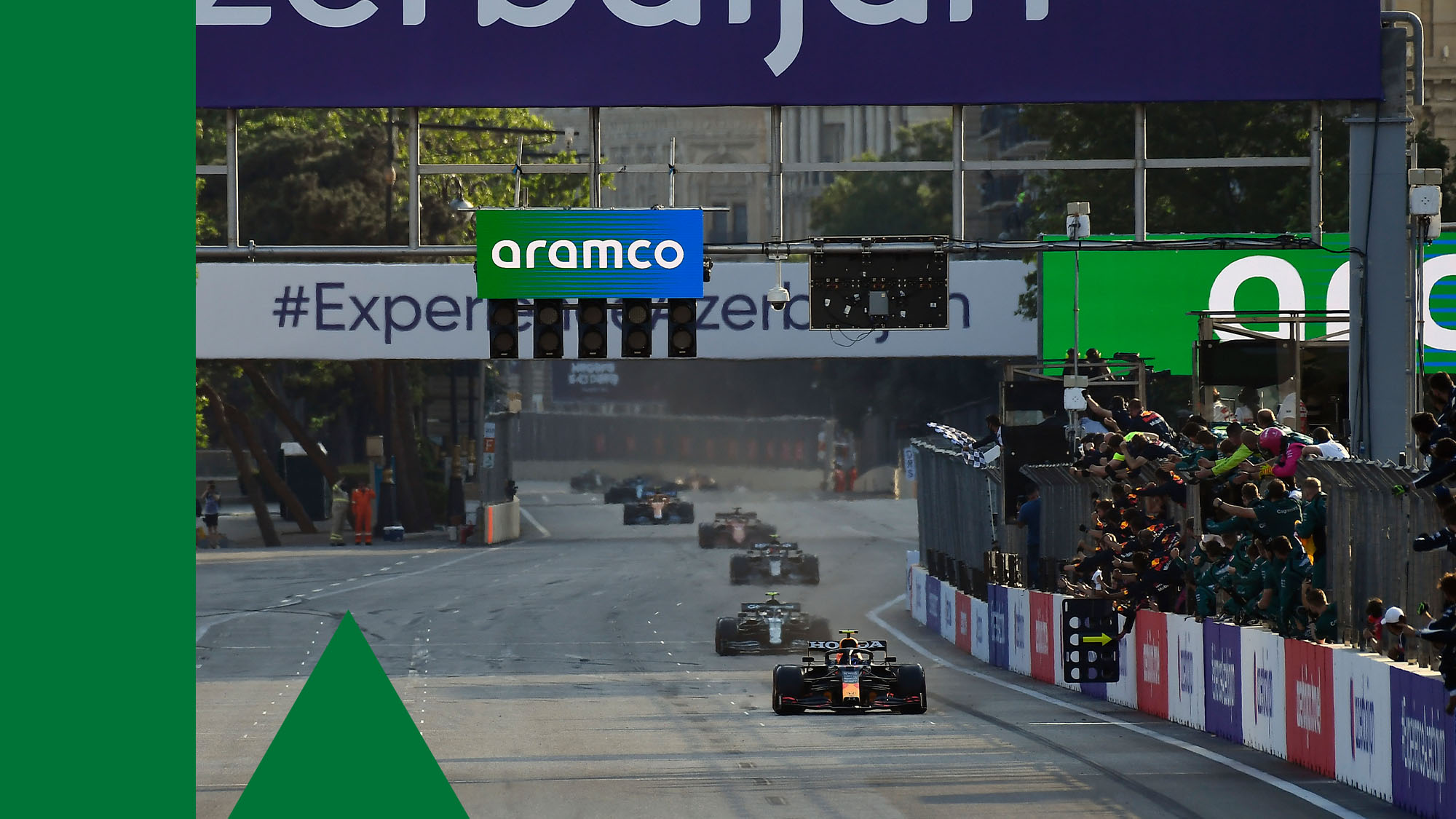 Baku’s start/finish straight has an almost ‘Lawrence of Arabia meets Route 66’ atmosphere about it. Heat haze swirling, a never-changing horizon, will it ever end?!

Who cares – it’s great for overtaking and is one of the few times in F1 we get to see some almost IndyCar-style drafting as the cars punch a hole in the air wider than the Channel Tunnel.

Tsunoda’s Ever Given tribute

Tsunoda hit the wall on the entry to Turn 4, trying to take as wide an entry as possible. He's managed to get the car back on track now, after Russell's engineer described it as "doing Austin Powers at the moment" 😂 #F1 #AzerbaijanGP pic.twitter.com/z8bJiVgNVt

Yuki Tsunoda has been moved to Italy by Alpha Tauri to make him play less Call of Duty and focus on his driving more.

Hopefully they’ve been working on his parallel parking after the young Japanese pilot went full ‘Austin Powers’ with a 300-point turn to get out of a run-off area after going off in practice.

He then put the extra AlphaTauri training to good use by finishing seventh on Sunday, clearly thinking he was doing enough already by telling his engineer to “Shut up!” mid-race.

Haas almost made it into Q2 by virtue of everyone crashing and the sheer number of red flags. Full points for positivity. 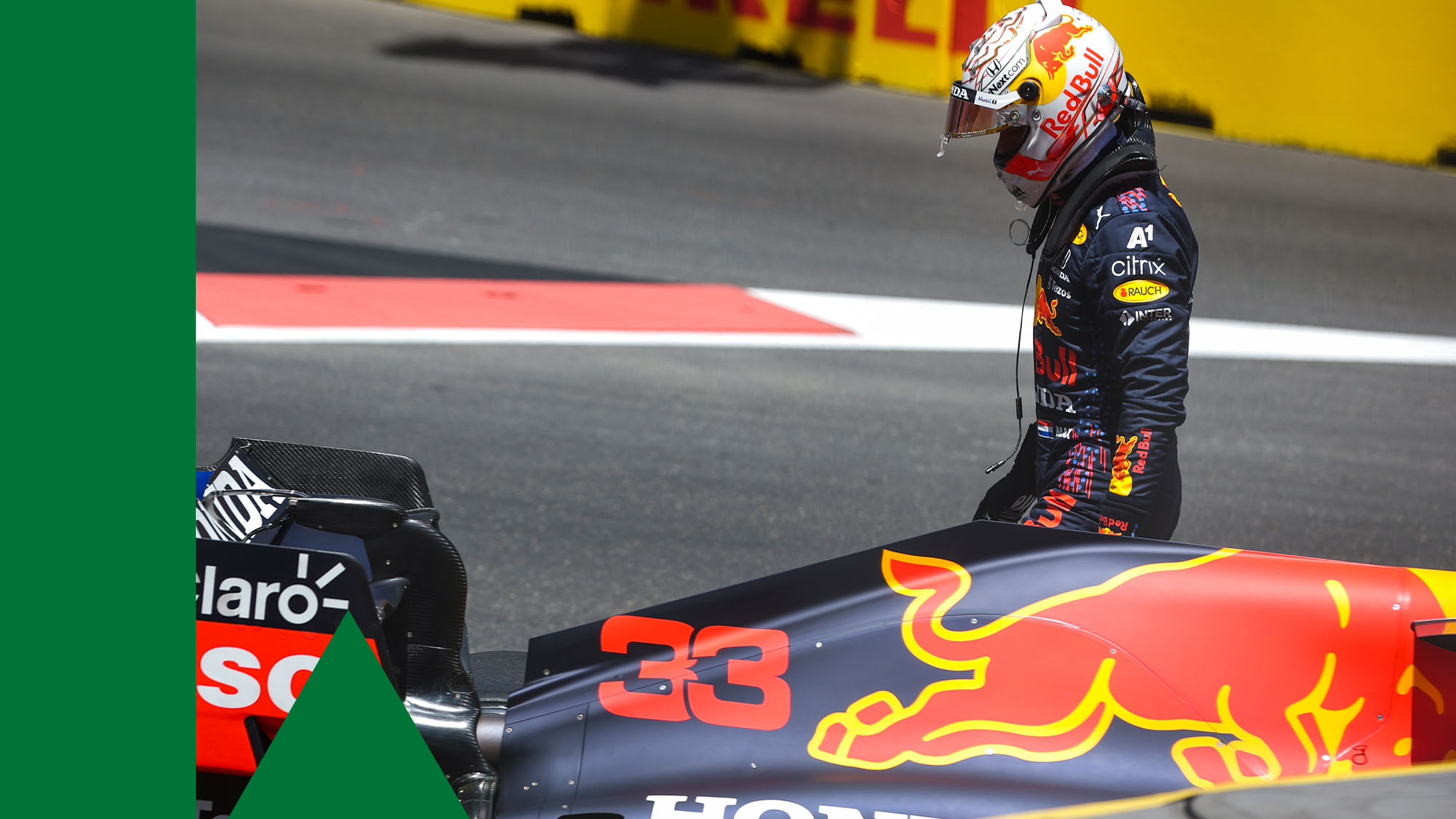 Turn 15 came, it saw, and it claimed many a victim. Leclerc, Verstappen, Stroll and Giovinazzi all fell foul and slammed into it. The cruel corner was backed up by its trusty deputy Turn Three, which took Ricciardo, Tsunoda and Sainz.

The pair were like the Holmes and Watson of F1 corners, finding out suspect driving and throwing the full force of the physical law at said offenders. 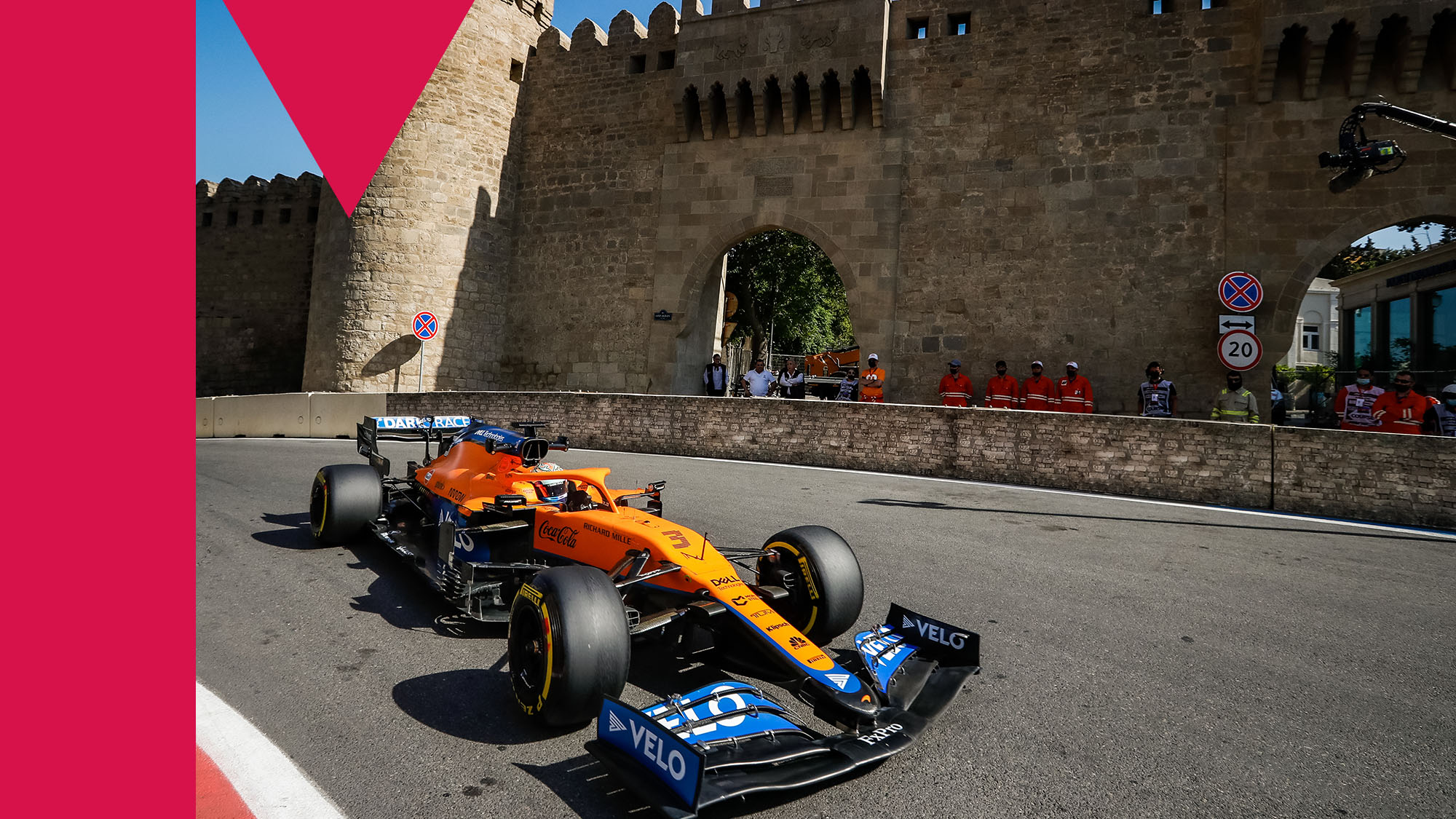 At least it was a scenic drive for Daniel

Whilst McLaren golden boy Lando Norris goes from strength to strength on his days off from streaming, new Woking recruit Ricciardo can’t seem to do right for doing wrong.

After burying his Macca in the wall to consolidate a lowly 13th place in qualifying, it was all the Honey Badger could do to salvage ninth place come race day.

Consistently put in the shade by his considerably younger team-mate, has Ricciardo’s moment in F1 passed?

Did I leave the magic on?

Yes Lewis, yes you did – the seven-time champion forgetting to wingardium leviosa his brake bias.

Still, maybe this is the upside of technology-packed F1? It can force even the greatest drivers into mistakes, and make the race all the more thrilling for it.

Blocking all over the world 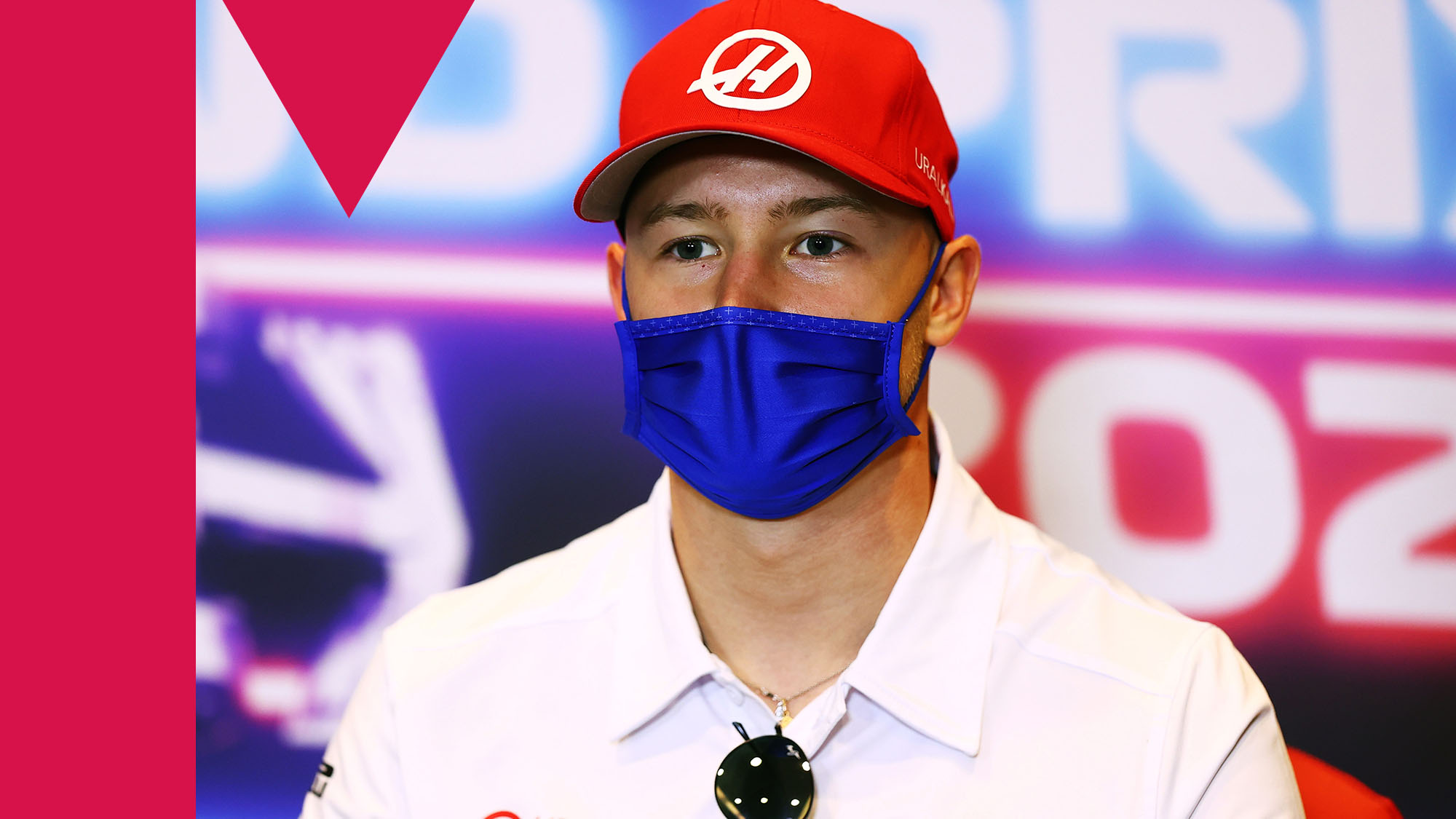 When asked recently, Nikita Mazepin said he’s been blocking out the noise of his constant social media haranguing…

Apparently ‘blocking out the noise’ also means that of other drivers’ engines on their quick laps, as he still perseveres to get in everyone’s way.

The blonde-bombshell didn’t actually finish last in the race though – he beat Hamilton! Nikita was perhaps going to ironically make it into ‘Going up’ for that achievement, but then he nearly took out the new MSC pointlessly at the end of the race, so for that he’s back in the bin again. 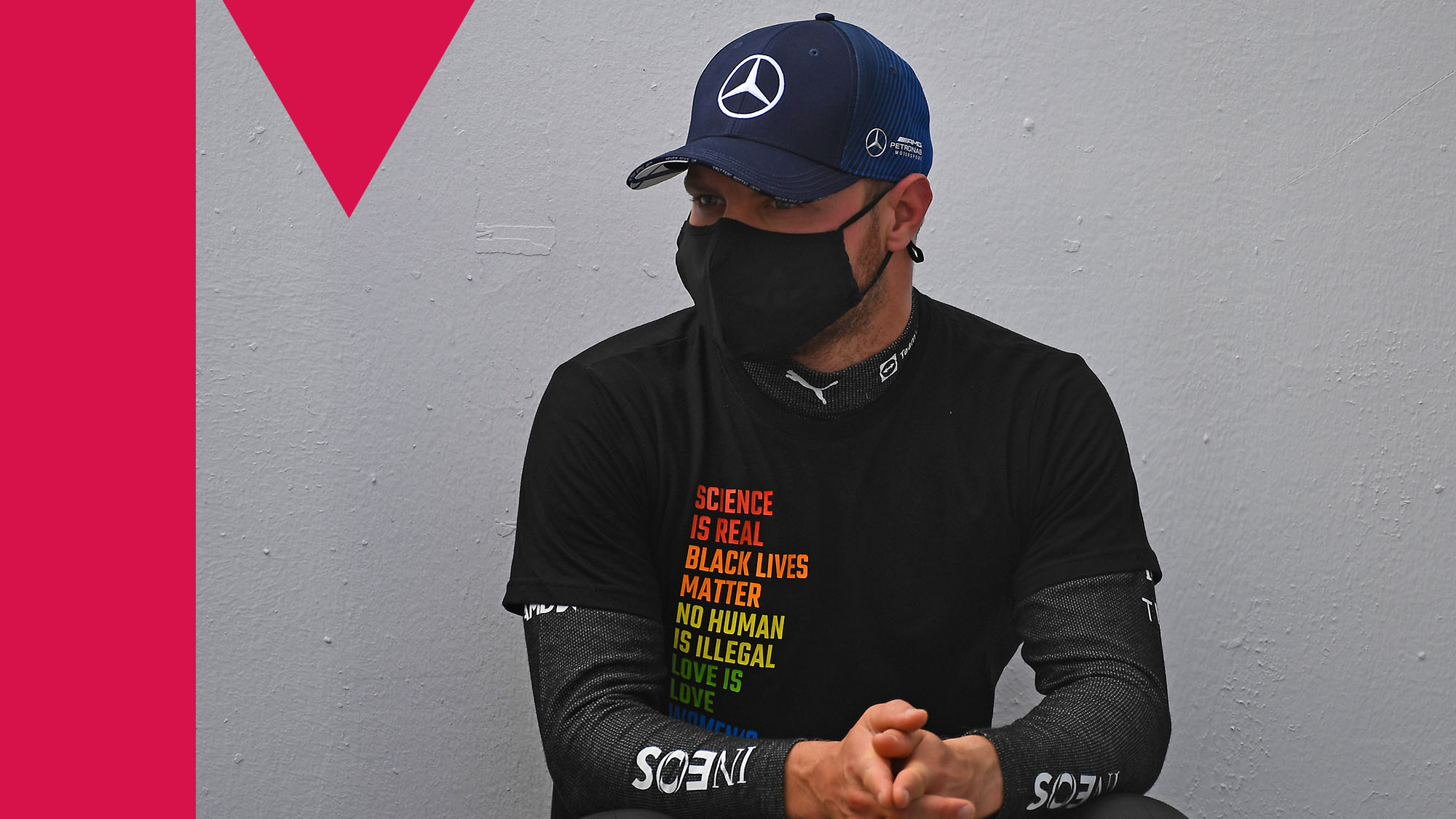 Valtteri Bottas got some practice in for his potential switch back to Williams next year by reclaiming his rightful place at the not-so-sharp end by mixing it with the Grove boys and finishing 12th.

The fact the Finn was almost fighting on pure pace with the man who’s supposedly to be replacing him (and was also driving the second-worst car on the grid) might speak louder than any F1 2022 driver rumours page could. Better check it just in case though!