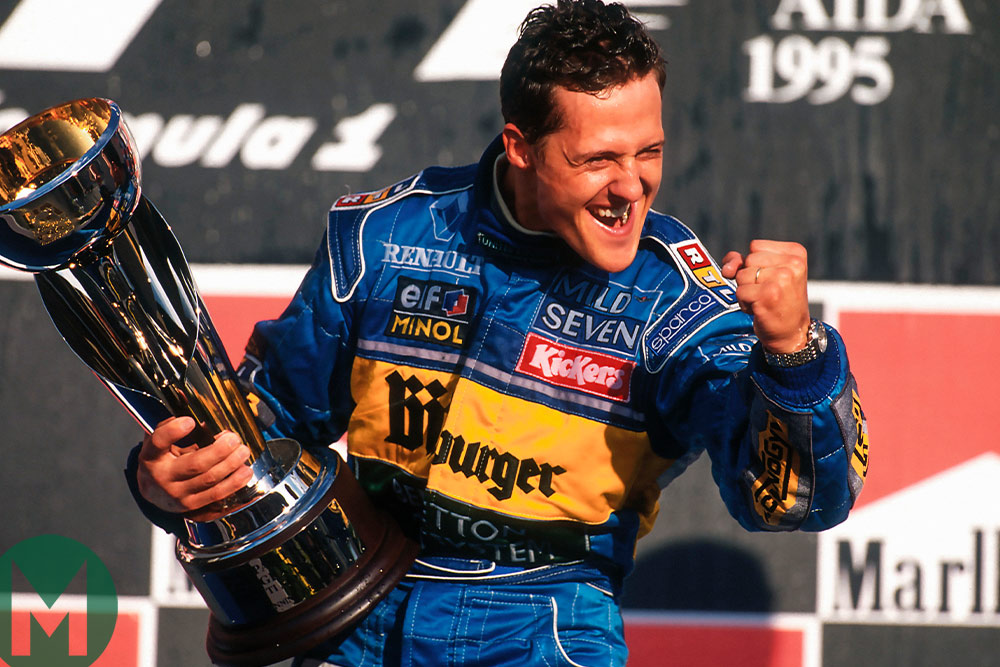 Michael Schumacher’s career will be celebrated at the 2019 Goodwood Festival of Speed with cars from his seven Formula 1 world championships, friends, family, and the likes of Mika Häkkinen and Damon Hill, paying tribute to the driver on July 4-7.

Marking 25 years since his first F1 championship and Schumacher’s 50th birthday, the festival will feature cars from his sports and touring car racing days as well as single-seaters from the junior series and F1 itself.

Former rival Hill, 1996 F1 champion, will drive one of Schumacher’s F1 cars at Goodwood, and the celebration ties in with the festival’s theme: ‘Speed Kings – Motorsport’s Record Breakers’.

“We are delighted that the Goodwood Festival of Speed has chosen to celebrate Michael’s career, in the year of his 50th birthday, and on the 25th anniversary of his first championship,” said the Schumacher family’s spokesperson Sabine Kehm.

“It is especially fitting this year, as the event’s ‘Record Breakers’ theme perfectly encapsulates his incredible achievements, including records, many of which may never be broken. We hope the public enjoy the opportunity to see an assortment of his winning cars, and the many friends, rivals and team members, who are coming to Goodwood to support the occasion.

“We thank the Duke of Richmond and the Goodwood team for making Michael such an important feature of this year’s event.”

Schumacher continues to live at home in Switzerland as he suffered from a severe head injury while skiing in 2013. His son, Mick, will test an F1 car in Bahrain.

The Festival of Speed will also honour the life and career of Sir Jackie Stewart this July.