The team announced that it will run in a plain white scheme on the final day of the Barcelona test.

Haas’s lead sponsor is a Russian potash producer, headed by oligarch Dmitry Mazepin, an associate of Valdimir Putin, and father of Haas driver Nikita. Uralkali has been named as one of the major companies at risk of being targeted by sanctions.

Both Both Mick Schumacher and Nikita Mazepin are due to drive the car tomorrow, Haas confirmed, but the team said that it would not comment further.

“Haas F1 team will present its VF-22 in a plain white livery, minus Uralkali branding, for the third and final day of track running at Circuit de Barcelona — Catalunya on Friday 25 February,” the team said in a statement this evening.” Nikita Mazepin will drive as planned in the morning session with Mick Schumacher taking over in the afternoon. No further comment will be made at this time regarding team partner arrangements.” 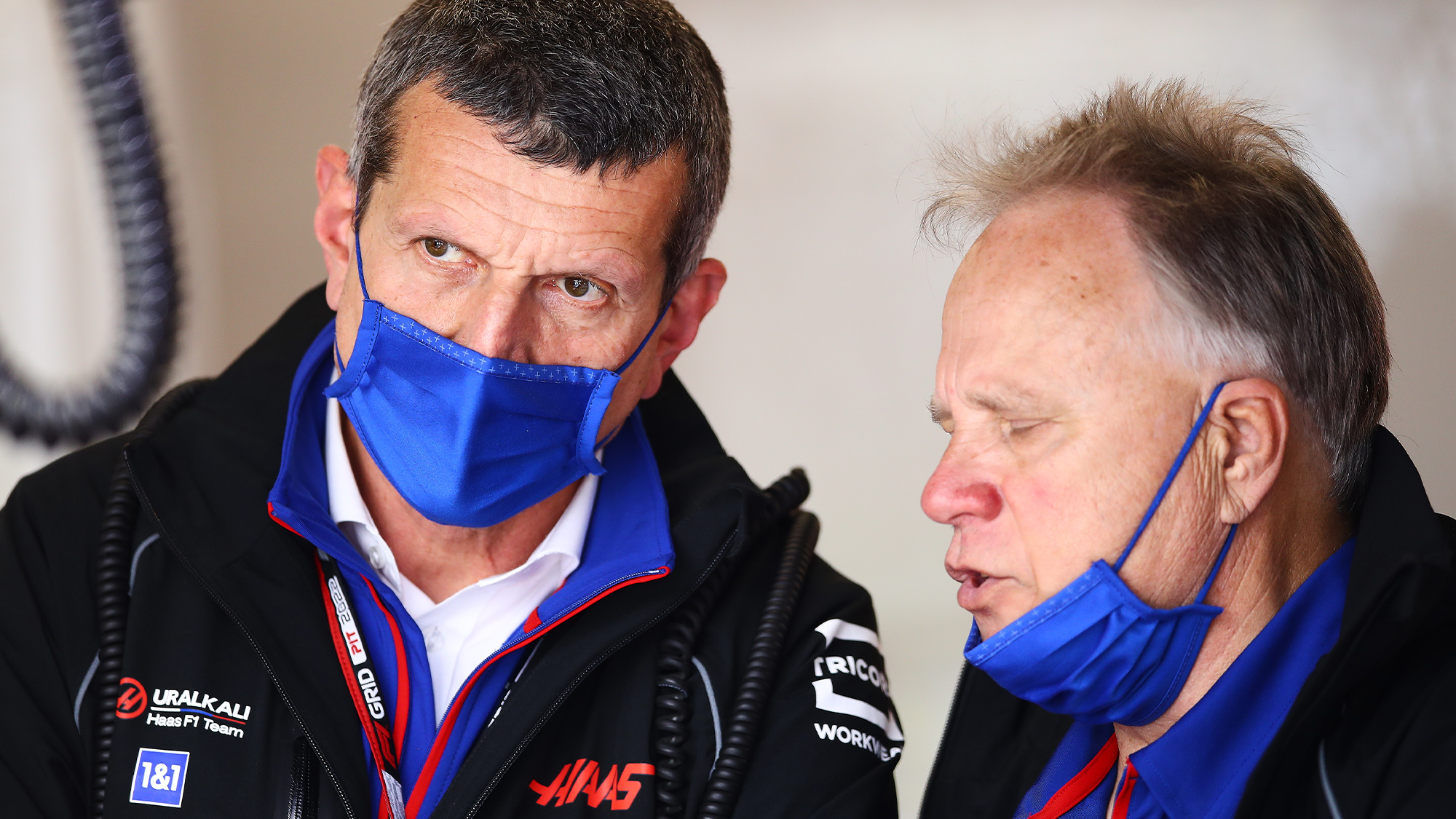 Throughout the day, there has been speculation that Uralkali would be affected by new sanctions being imposed on Russia, which could affect Haas’s sponsorship deal, including the funding for Mazepin’s seat in the team.

That was reinforced when Haas team principal Guenther Steiner pulled out of a scheduled press conference at lunchtime, and he was pictured in conversation with team-owner Gene Haas.

It isn’t the first time that the American-owned Haas team has hit issues with its title sponsor. It announced a deal with the mysterious drink firm Rich Energy in 2019, which ended mid-season in controversial circumstances.

That split followed a series of bizarre Tweets from the Rich Energy account at around the time of the British Grand Prix, which included announcing the end of the sponsorship deal (quickly denied by Haas) and comparing the Haas cars to milkfloats.