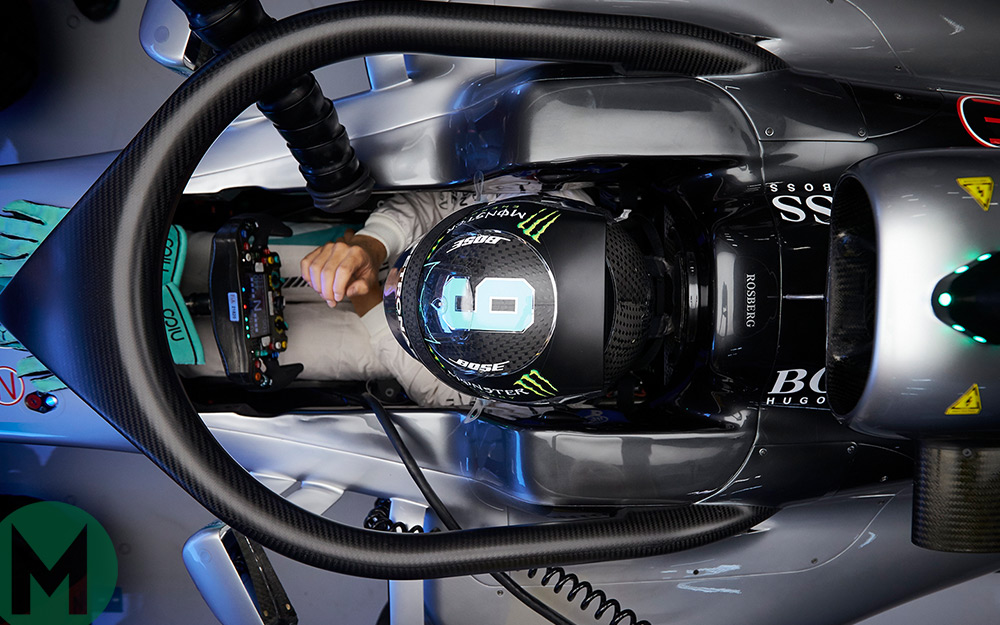 The implementation of compulsory cockpit halo devices in Formula 1 from next year is already – and predictably – proving hugely unpopular with the fans, if reaction on the various forums is any guide.

It is a visually offensive reminder that the safety net is there, one that cannot be unseen. Improved track features, more crash-worthy safety cells, self-sealing fuel connections – the things that have contributed most to F1’s drastically improved safety from a few decades ago – do not impose their presence in such an aggressive way and can leave us to still see the sport’s essence. But the halo cannot be ignored – it is right there in our faces, as well as that of the driver. It encroaches upon the purity of F1 being an open-cockpit, open-wheel formula in a fundamental way.

It has been largely driven by the FIA, with support from some – but by no means all – of the drivers. The governing body is in a difficult position on this in today’s litigious world. The high-profile fatal accidents of Henry Surtees, Jules Bianchi and Justin Wilson – all from head impacts – came within a relatively small time period and the governing body felt it had to be seen to be doing something about it. The solution has been rigorously researched by the FIA and has emerged as the most effective all-round solution. The arguably less visually offensive cockpit shield tried by Sebastian Vettel during Silverstone practice gave him such distorted vision that he felt nauseated after a single lap.

The teams, which were pretty much unanimous in being against its implementation, will now work with the FIA in trying to blend the design with the car in a less offensive way. But probably for the first time in the sport’s history, we have now arrived at a point where the next advance in safety has proved discretionary. Previously, when research and technology opened the way for a safety advance, it went on without question. This time, there has been a question – because of how emotive it is to infringe upon the basic essence of what an open-cockpit racing car is – but the answer has come back as yes anyway.

Will fans be able to assimilate this and move on? Or will they be moving away?