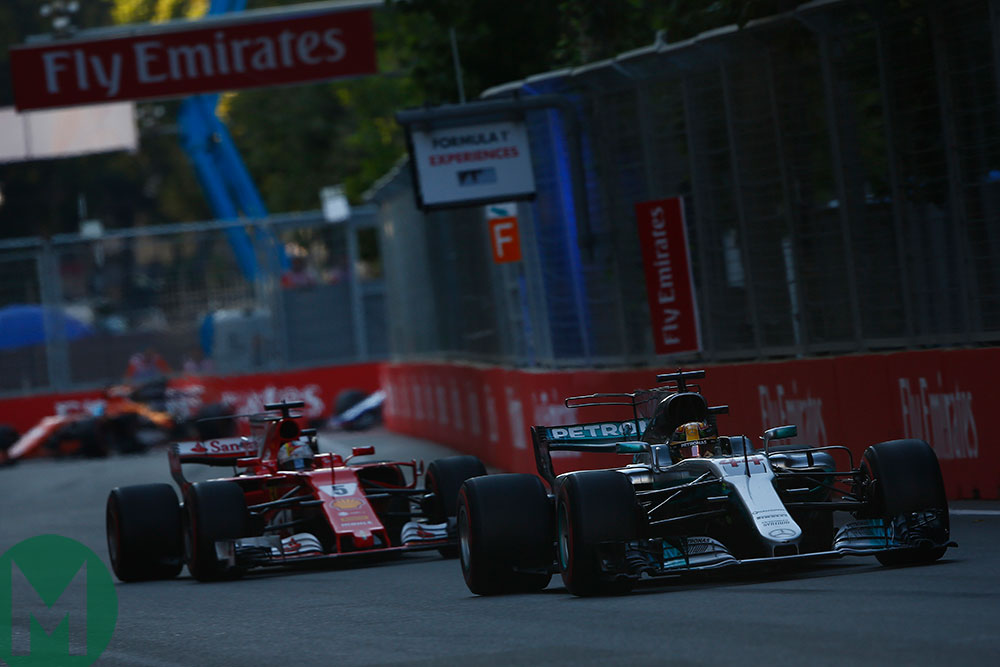 Daniel Ricciardo won the 2017 Azerbaijan Grand Prix for Red Bull. Yet he started 10th after a qualifying crash, and worse made a pitstop on lap six to clear debris from a brake duct, leaving him 18th.

Valtteri Bottas finished second in the Azerbaijan Grand Prix for Mercedes. And in case you think that part sounds normal then consider that he lost a lap at the start of this one after a second-turn collision with Kimi Räikkönen. And that he got his second place literally on the finish line, by a tenth of a second. Formula 1 imitating the end of a 100m sprint.

Lance Stroll finished third in the Azerbaijan Grand Prix for Williams. He was – and perhaps still is – considered an F1 pariah. Yet that weekend he made fewer mistakes than anyone as well as demonstrated fine pace after being placed in his exalted position, only to be eclipsed by Bopttas on the final lap.

Hamilton and Vettel been indulging in a very public mutual appreciation society. The cynics were correct to predict that this was bound to end in tears

Only then did we have the season’s chief protagonists Sebastian Vettel and Lewis Hamilton. Underlining just what a wacky race the 2017 Azerbaijan Grand Prix was.

It had three safety car periods as well as a red flag. And, as it transpired, incidents that were even more pivotal than these.

It also was 12 months late. The year before F1 had visited the claustrophobic and unforgiving Baku street track for the first time, and confidently predicted a chaotic Sunday. Yet somehow the inaugural race – then titled the ‘European Grand Prix’ – was lifeless.

This one more than made up the shortfall. As not even any of the above was close to being the 2017 race’s biggest talking point. That was instead that under one of the safety cars Vettel had a conspicuous ‘road rage’ swipe of his Ferrari into his rival’s Mercedes, as Vettel thought – incorrectly – Hamilton had ‘brake-tested’ him while preparing for a restart.

Well, it was either a swipe or he was too busy gesticulating to straighten his steering wheel…

Whatever, as a result Vettel got a 10-second ‘stop-go’ penalty that plenty thought light punishment.

The incident also kicked off a war of words between the two. Hamilton squarely blamed Vettel, calling him “disrespectful”, stating Vettel had “disgraced himself” and reckoning the move was redolent of a go-karter. Vettel – incredibly – was incredulous at his penalty, reckoning that either both or neither he nor Hamilton should have been penalised.

Perhaps about as incredible, in hindsight at least, was that up until that point in 2017 the pair had been indulging in a very public mutual appreciation society. The cynics though were correct that this was like peeling an onion – bound to end in tears.

Vettel’s punishment didn’t leave Hamilton set fair for the race win either, as not long later he had his own delay. Another from the realms of the bizarre. His cockpit headrest worked loose, and after a couple of laps of trying to put it in place himself he was told by his team that it had been instructed by race control to pit him to attach it properly. 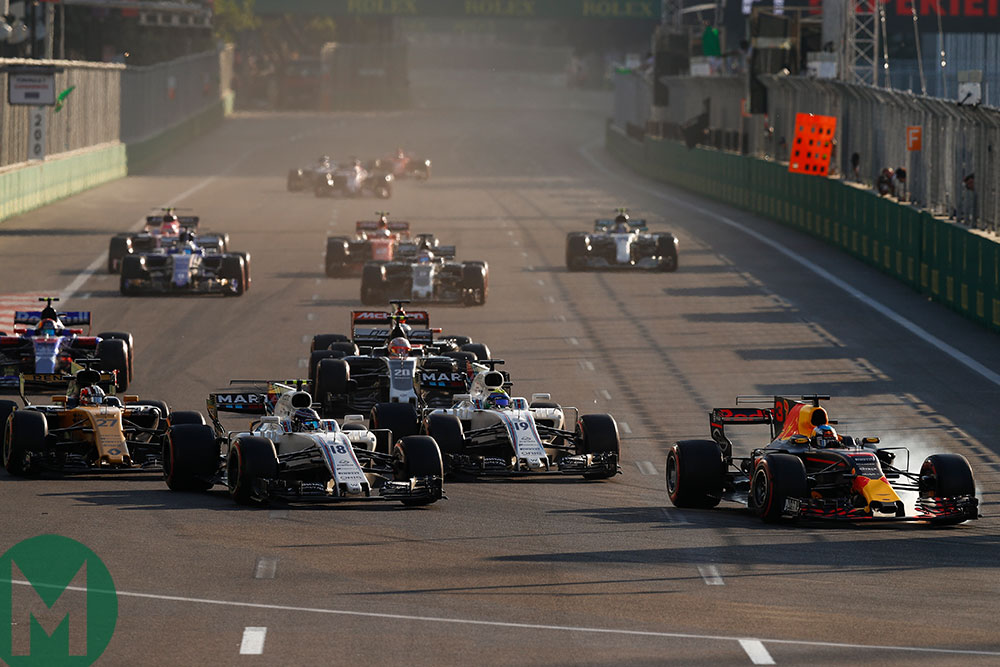 Hamilton after his stop was in eighth place. And soon was a few yards behind… Sebastian Vettel, who took his penalty two laps later. (Seriously, who writes this stuff?)

They then came through the pack in unison to finish fourth and fifth and Hamilton only just missed out on getting by his foe by two tenths. It meant that, after all that, Vettel extended his championship lead over Hamilton by two, to 14.

But perhaps in the longer-term, the effects were both much greater and in the opposite direction. Perhaps too we still live with them. As quickly after this one Hamilton assumed the psychological upper hand.

Subsequent results suggest as much. The Englishman won six more races that year and took an imperious drivers’ title, equalling Vettel’s career total of four. While Vettel – who prior to Baku had won three of the opening seven races in 2017 – only took two more wins that year. “It shows pressure can get to even some of the best of us,” Hamilton noted pointedly after the Baku race.

They weren’t the only ones leaving Azerbaijan with regrets. Force India might have got a 1-2 but accounted for each other when Esteban Ocon squeezed Sergio Pérez into a wall. Williams’ Felipe Massa was right in this mix too but retired with a damper failure.

Red Bull’s Max Verstappen likely would have been in prime spot to take advantage of everything but succumbed to an early Renault engine failure.

With all that it was easy to forget about the winner, who as noted also had plenty of his own adversity to overcome. Ricciardo after his early delay was able to perform his party piece of being a willing, skilled and brave overtaker.

This was topped by him passing three cars at once at the post red flag restart, putting him third and in place to claim the lead and the win once the two usual suspects had their delays.

“Everything that went wrong for Daniel Ricciardo – hitting the wall in Q3, getting his Red Bull’s brake ducts blocked with debris in the early laps – were merely blessings in disguise,” Mark Hughes said for Motor Sport.

“What they did, in combination with typically brave and incisive moves upon each of the restarts, was win him the race.”