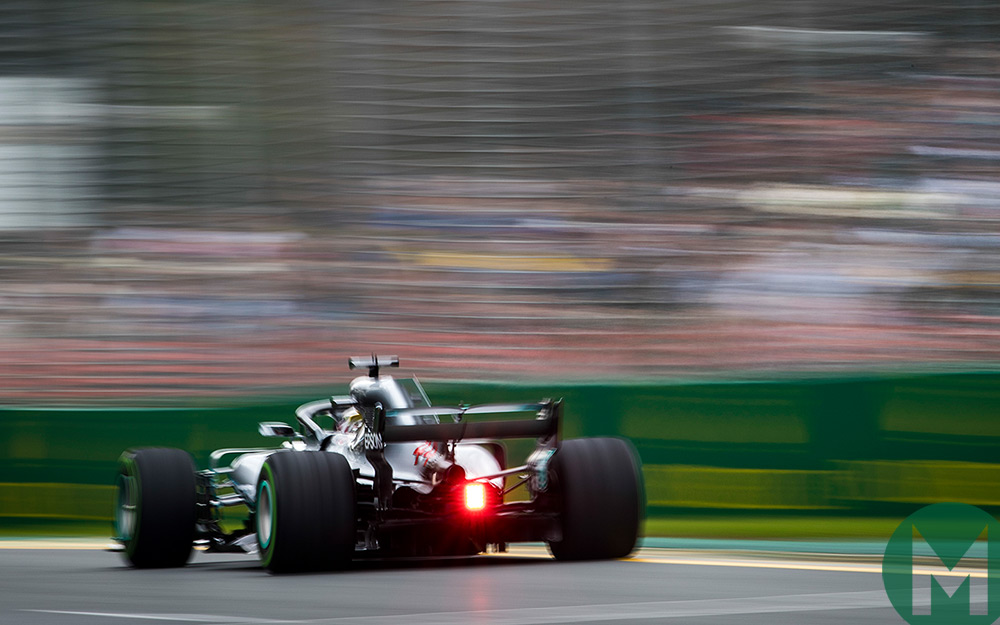 Lewis Hamilton secured pole position for the 2018 Australian Grand Prix with a stunning fastest lap in qualifying, his fifth pole in a row at Albert Park and record-breaking seventh.

He beat Ferrari’s Kimi Räikkönen and Sebastian Vettel by more than six-tenths of a second, with Red Bull’s Max Verstappen four-hundredths further back. Following the first runs in Q3 Hamilton, Vettel and Verstappen were covered by just 0.06sec until Hamilton’s untouchable final run.

The Briton’s Mercedes team-mate Valtteri Bottas crashed heavily early in Q3 at the exit of the first corner, Jones, comprehensively damaging his Mercedes W09 and took no further part of the session.

Daniel Ricciardo, who set the fifth-fastest time, will serve a three-place grid penalty following a red flag infringement in FP2, when he was found to have not stayed above the mandatory minimum time.

Neither McLaren made Q3, with Fernando Alonso and Stoffel Vandoorne in 11th and 12th, 0.15sec apart. The all-new Force Indias were also eliminated in Q2, as Sergio Pérez could manage just 13th and Esteban Ocon 15th, split by the Williams of Lance Stroll.

Brendon Hartley missed out on Q2 by 0.03sec in 16th, ahead of the Saubers Marcus Ericsson and debutant Charles Leclerc. Sergey Sirotkin’s first qualifying sees him line up on the back row, three-tenths back from the Saubers and five-tenths slower than his team-mate in the session.

Pierre Gasly completes the grid following a lock-up on his final Q1 lap that took him through the gravel.