Lewis Hamilton set the benchmark in qualifying for the Turkish Grand Prix but will start tomorrow’s race eleventh – the result of a ten place grid penalty for taking a new engine.

Valtteri Bottas will start from pole, alongside Max Verstappen following a qualifying session where the clouds threatened but never really rained.

Slippery conditions at the start caught out several drivers, including Hamilton but the reigning champion topped each session and finished 0.13sec ahead of his team-mate. 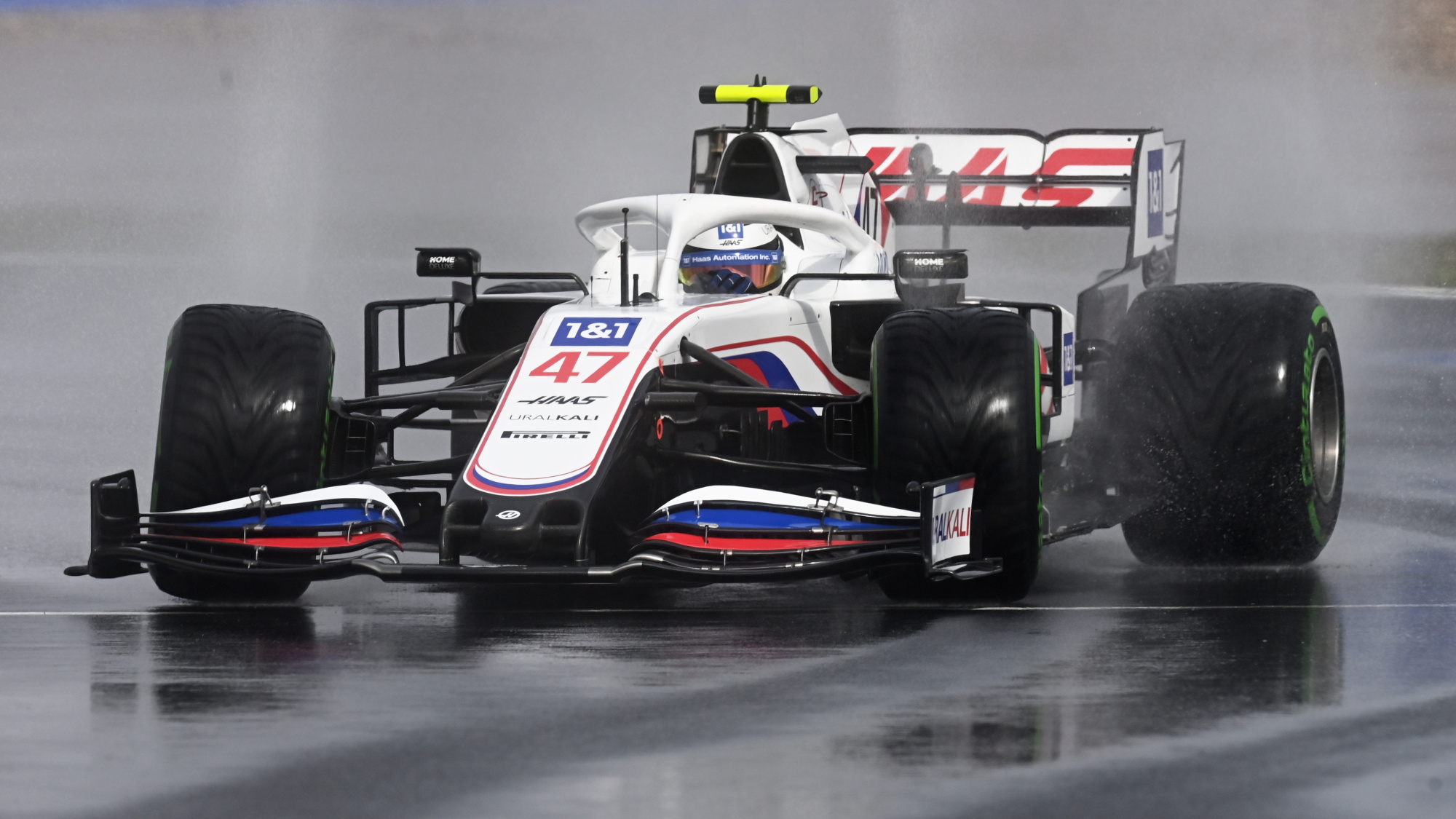 The pitlane queue at the start of the session featured most of the grid, keen to get a lap in on an already damp track before the forecast rain began to arrive.

It meant that there was queuing too at the end of the outlap as drivers tried to make space for what could have been their only chance at a fast lap.

Carlos Sainz and Max Verstappen were among the spinners on the slippery surface; Lewis Hamilton ran wide too as the pressure mounted to set a quick time.

Hamilton did hit the top spot, nine hundredths ahead of Bottas before Verstappen beat his time with a 1min 26.692sec lap, four tenths ahead of the Mercedes.

As the cars continued to set times before the anticipated rain, Bottas went fastest, then Leclerc as the Ferraris bookended the grid with Sainz slowest as he continued to struggle in the conditions.

Gasly also topped the table briefly, and there were similar changes at the bottom of the running order, with drivers rotating in and out of the danger zone in a musical chairs situation: who would be left without a Q2 place when the rain came down?

Nikita Mazepin’s chance looked unlikely after he became another of the spinners, without a time on the board with three minutes left to go. Lance Stroll was also in the drop zone at that time alongside Perez, Giovinazzi and Raikkonen.

It was the clock rather than the clouds that stopped the music, as the drying track got faster and faster, eliminating Mazepin and Raikkonen – who had numerous laps deleted – along with Giovinazzi, Latifi and an unlucky Daniel Riccardo who lost out at the very last moment when Carlos Sainz, who was starting at the back anyway, moved out of the bottom five and pushed the McLaren driver down.

At the top, Hamilton led Verstappen by seven thousandths of a second, despite struggling to get the tyres into the peak operating window; Pierre Gasly followed in third. Mick Schumacher also got through to Q2 with his Haas with a great lap, ending up 14th in the session. 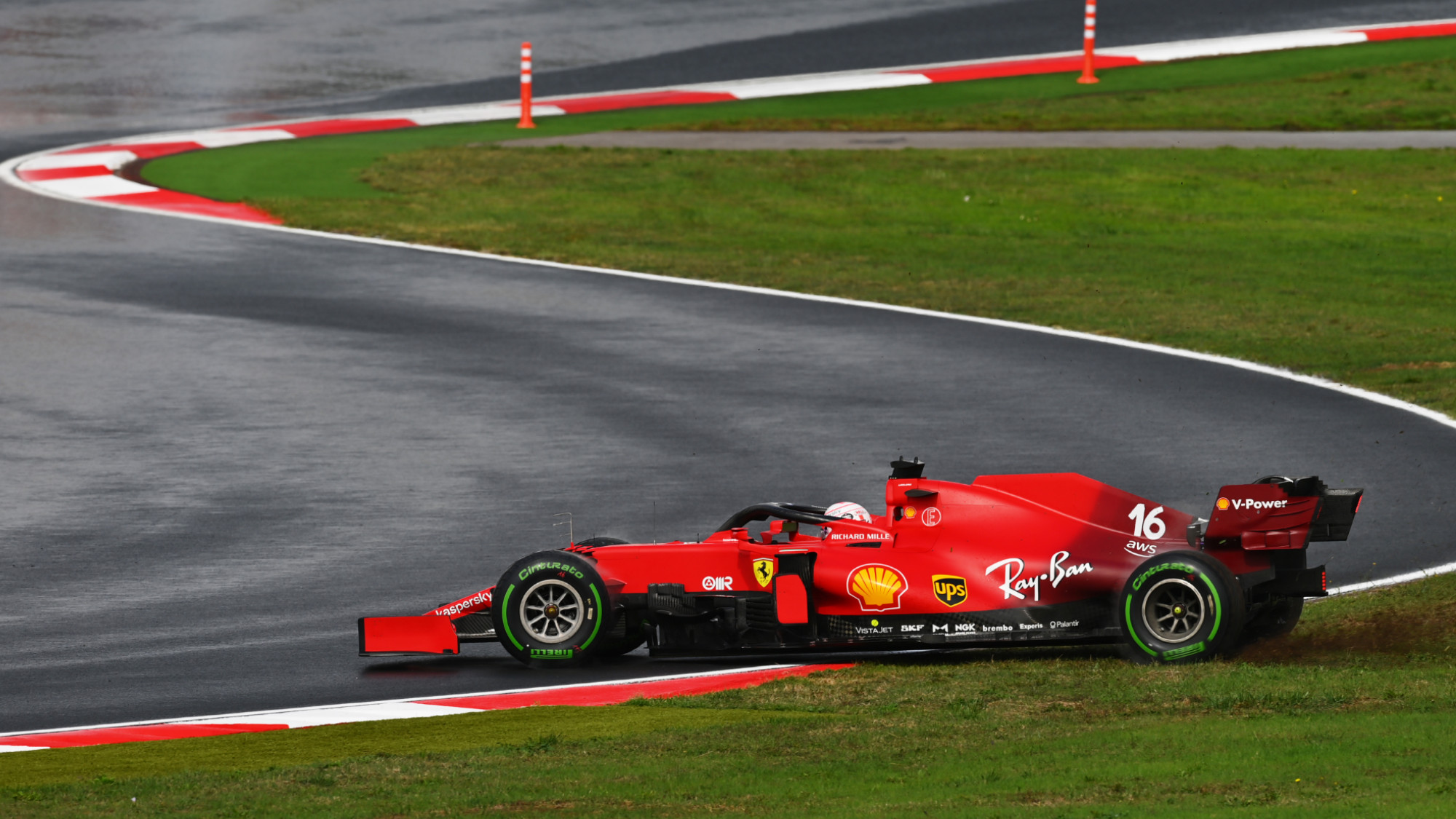 There was more early action in Q2 as clouds continued to loom overhead and the track was still catching drivers out; Perez the latest to find himself facing the wrong way, followed soon afterwards by Leclerc.

All but Tsunoda fitted medium tires with an eye on tomorrow’s race where, as usual, the top ten have to use the tire they used to set the fastest Q2 lap on.

The drying track brought faster and faster times, with Bottas then Verstappen then Hamilton topping the time charts.

Just behind was an impressive Fernando Alonso who was lying third with seven minutes to go of the session; both Aston Martins were in the drop zone, as was Mick Schumacher, George Russell and Carlos Sainz who didn’t run.

There were mistakes aplenty as the clock ran down; Lance Stroll running off track and George Russell going wide in the final corner.

Hamilton ended on top again, half a second ahead of Bottas and 0.65sec faster than Verstappen in third.

Russell’s error left him eliminated from Q2 along with Vettel, Ocon, Mick Schumacher and Carlos Sainz. All of the top ten except Tsunoda in eighth made it through on medium tyres. 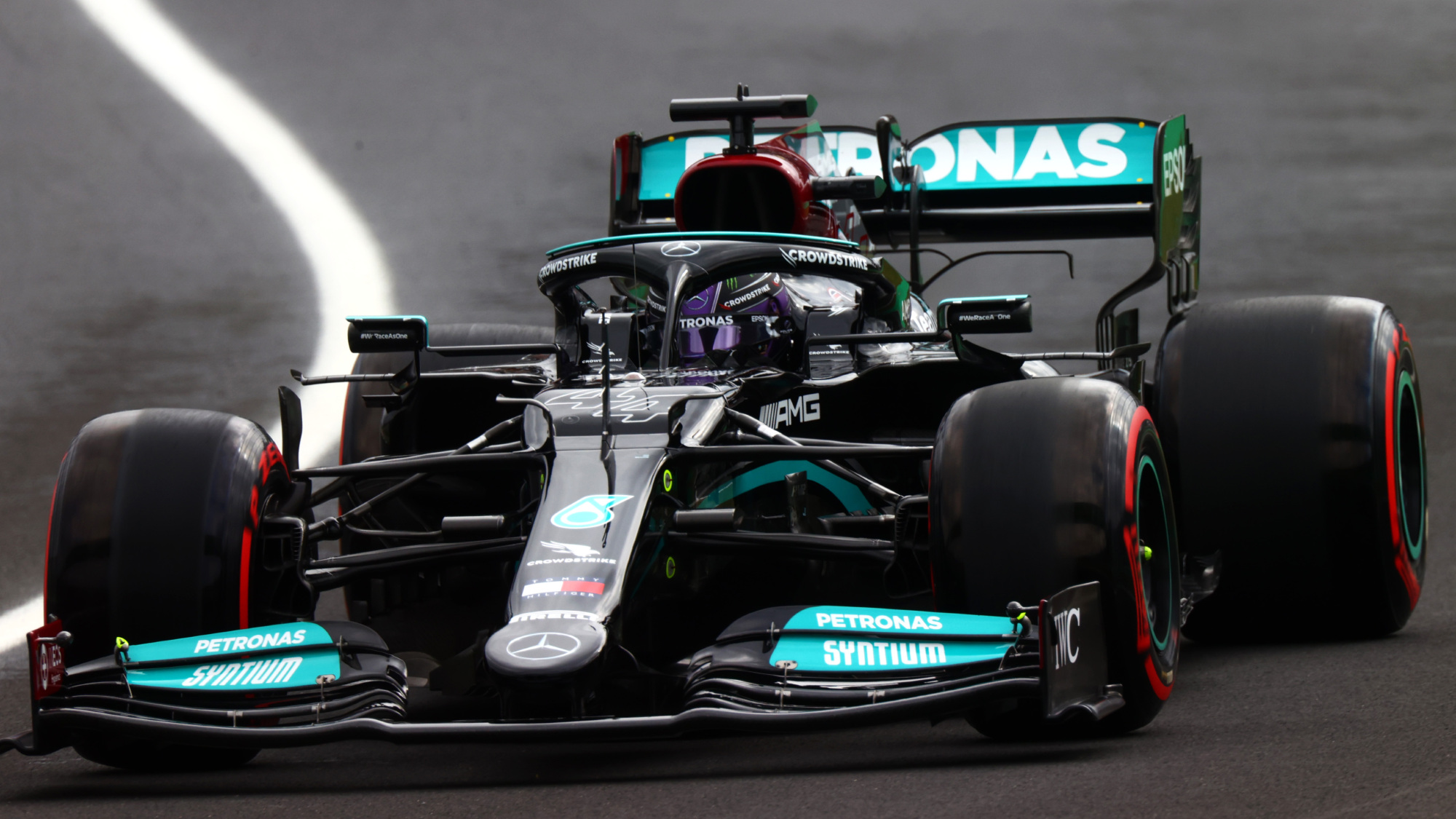 The Mercedes were first out in the final session and topped the timesheets after the first flying laps; Bottas was two-hundredths of a second ahead of Hamilton and two tenths ahead of Verstappen in third.

Hamilton started his next flying lap with just over 3min to go, getting the circuit to himself and becoming the first to dip below 1min 23sec.

Nobody could better that effort: Bottas was 0.13sec behind, with Verstappen 0.328sec slower.

Leclerc dislodged Gasly from fourth position with his final effort while Sergio Perez ended up a distant seventh.

“Is that it… are we done?” Hamilton said over the radio, fastest lap secured with his team-mate P2 to take over pole position.