Lewis Hamilton secured first for the final sprint race of the 2021 Formula 1 season at Interlagos, with the fastest time in qualifying.

The Mercedes driver will have a five-place grid penalty for Sunday’s race but will start ahead of title rival Max Verstappen on the front row for the Sprint.

Valtteri Bottas couldn’t make it a second consecutive Mercedes one-two and will line up third ahead of Sergio Perez and Pierre Gasly.

Here is how qualifying for the Brazilian GP sprint race unfolded. 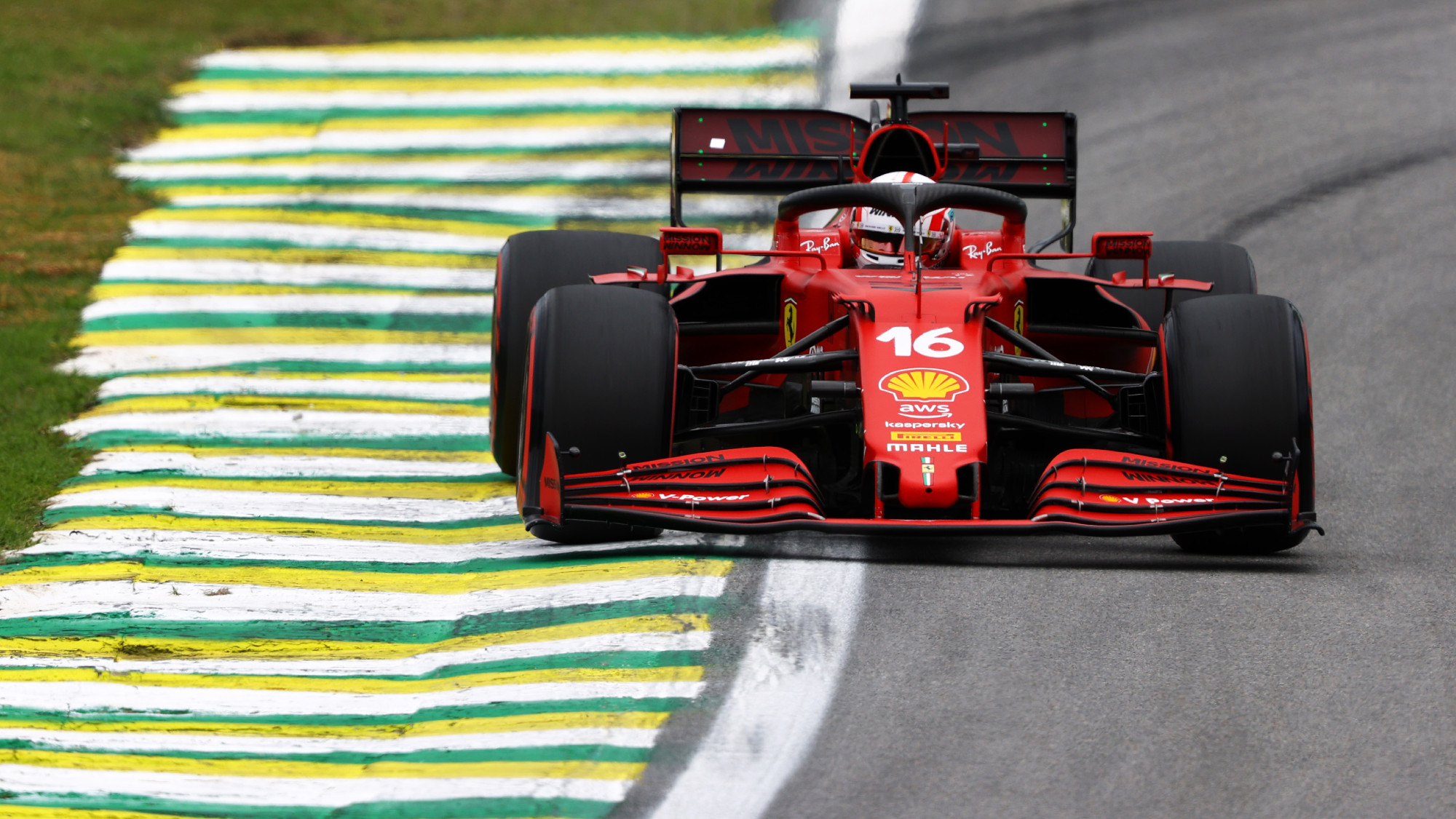 The skies remained grim as qualifying got underway with temperatures hanging around a chilly 15C.

Ferrari opted for a used set of soft tyres for both of its drivers as the threat of rain persisted after the drizzle in FP1.

Carlos Sainz set the first benchmark that was quickly beaten by Pierre Gasly who continued his strong start to the weekend. A 1min 10.062sec put the AlphaTauri driver top with 15mins to go.

The fresh power unit in the back of Lewis Hamilton’s Mercedes was put to immediate good use as he was flying to go half a second clear of the pack and into the 1min 08s. Team-mate Valtteri Bottas couldn’t get any closer than Verstappen but another effort from the Ferraris did.

Sainz went within 0.2sec to take second place but Leclerc’s effort that put him in the top three was deleted for exceeding track limits at Turn 4, with race stewards now policing those after FP1’s open season. It left the Ferrari driver in danger of elimination in last position.

Into the final five minutes of the first segment and Hamilton edged further clear, improving his time by 0.091sec to go onto a 1min 08.733sec.

Leclerc went once again with under two minutes remaining and the Monégasque leapt up the order to go third fastest with a fully legal lap time.

George Russell was out-qualified for the first time in a conventional qualifying session by Nicholas Latifi after the Brit’s final effort only moved him to 14th.

A nice tow for Sebastian Vettel moved the Aston Martin driver back ahead of Russell and Latifi’s final effort put him 0.036sec ahead of his team-mate for the first time ever in a qualifying session.

A great effort by Antonio Giovinazzi in the final moments lifted him up to seventh position in the Alfa Romeo while Kimi Räikkönen squeaked by into Q2 in 15th.

Both Haas and Williams drivers were joined by Lance Stroll on the sidelines eliminated from qualifying. 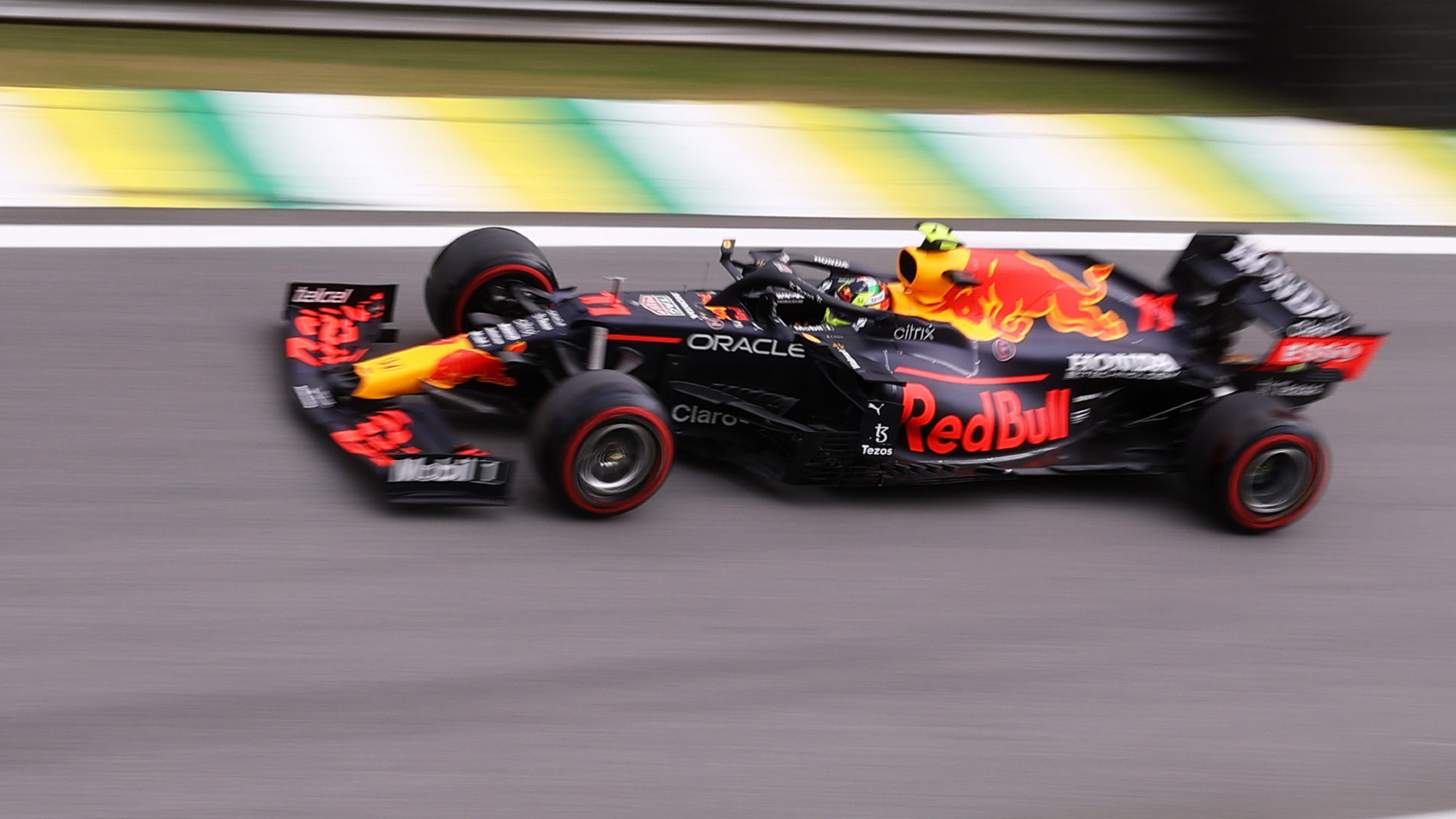 Perez struggled to match his team-mate’s pace throughout qualifying

Unlike Q1 there was absolutely no rush to get out on track despite the clouds hanging over the circuit.

Mercedes blinked first, sending both of its drivers out together which prompted a rush by others to get in on the act with 11min left of the session.

Hamilton had set the marker to beat with a 1min 08.659sec for exceeding track limits but that would have been beaten anyway by Verstappen’s first flyer, a tenth quicker.

The 1min 08.567sec by the Dutchman was 0.3sec clear of anyone with Gasly ahead of Leclerc, Bottas and Sainz the top five with 6min to go.

A purple second and third sector for Hamilton earned him the fastest lap once again, 0.18sec ahead of Verstappen while Bottas moved up to third on his second lap.

Perez was a surprising eighth after the first runs were finished, 0.745sec off of Hamilton’s time and only a tenth clear of the drop zone and Esteban Ocon in P11.

The Spaniard couldn’t improve his time and was at the mercy of those behind him. Yuki Tsunoda couldn’t relegate the Alpine driver and neither could team-mate Ocon nor Aston Martin’s Vettel.

Norris was in the drop zone as the flag fell but an improvement lifted him out of the bottom five and into seventh.

Both Mercedes were able to go even quicker on their final laps, Hamilton extending his advantage to 0.4sec over Bottas and Verstappen with a 1min 08.068sec. 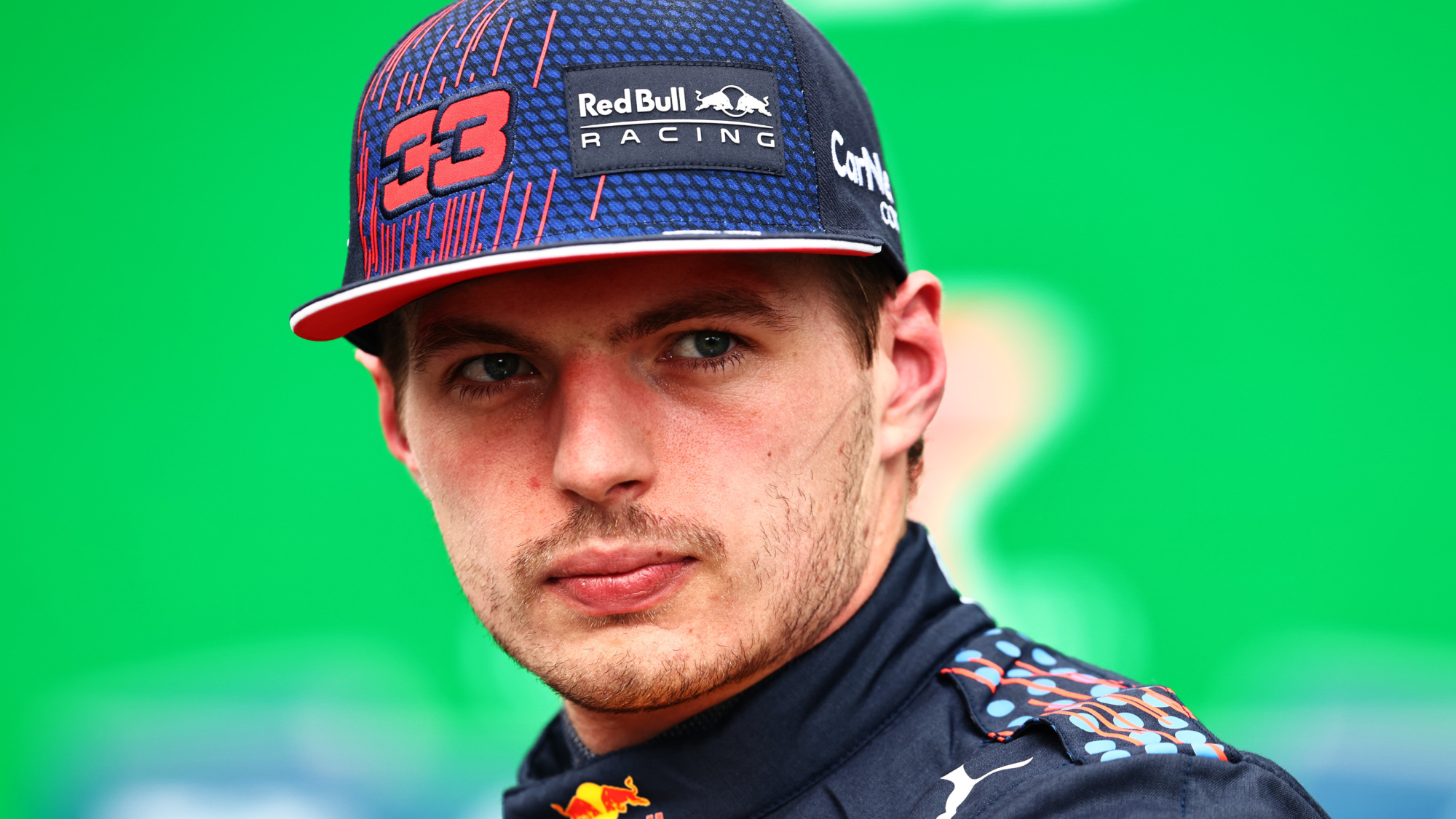 Verstappen had to settle for second at Interlagos on Friday

Once more there was a lull as the lights went green for the next phase of qualifying.

The Red Bull stuck relatively close to the back of the Finn while Hamilton was gaining a distant tow from Perez ahead of him.

Hamilton’s first flyer was good enough for the top spot ahead of Verstappen, 0.265sec clear of his rival with Bottas a further tenth behind in third. Perez was half a second off his team-mate’s time but able to remain ahead of Gasly.

Sainz led the way in the Ferrari/McLaren battle that rounded out the top 10 after the first runs from Norris, Ricciardo and Leclerc with Alonso in there splitting the McLarens.

Verstappen reported that his front tyres were overheating through Turn 8 during his lap between runs.

The Red Bull driver didn’t hang around for his second run and was the first of the leading drivers out for the final flying laps.

Verstappen’s opening to the final lap was scruffy, 0.25sec down on Hamilton’s first time and behind his personal best. A slight personal improvement in the middle sector was still 0.3sec down on the top time and a scruffy final corner only made things worse. He couldn’t find an improvement overall and ended up some way off the top time.

Hamilton crossed the line and was the first to dip below a 1min 08sec with a 1min 07.934sec. Luckily for Verstappen he remained ahead of Bottas who couldn’t find enough of an improvement to get onto the front row.

Perez maintained his advantage over Gasly while Leclerc was able to jump from 10th to 7th behind Sainz and crucially ahead of both McLarens. Alonso rounded out the top 10 for Alpine.