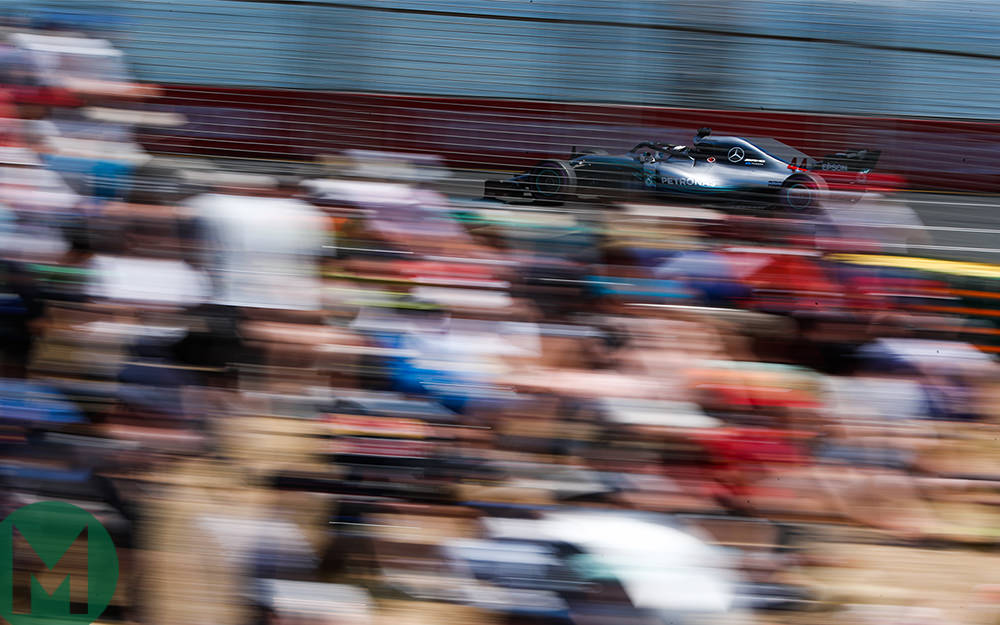 Reigning world champion Lewis Hamilton topped both free practice sessions of the Australian Grand Prix on the opening day of the 2018 F1 season in Melbourne.

But it appears Mercedes may not have it all its own way, with the Red Bull and Ferrari close on long fuel runs. Max Verstappen even managed to split the Mercedes in the second session, 0.127sec slower than Hamilton and 0.1sec ahead of Valtteri Bottas.

Kimi Räikkönen led the two Ferraris in fourth and fifth, seemingly keeping its true performance close to its chest.

A red flag for debris on the start/finish line halted a quick low-fuel lap from Ricciardo around the halfway mark, also hampering Lance Stroll, leaving the Australian back in seventh place.

The Ferrari-powered Haas impressed, with both Romain Grosjean and Kevin Magnussen in the top 10 in FP2 – the midpoint red flag even helped Grosjean to sixth fastest. Magnussen ended the session ninth.

McLaren and Fernando Alonso followed up a tricky first session with eighth in FP2, two places ahead of Stoffel Vandoorne.

Lance Stroll, 14th, was forced to stop his Williams after the second session’s chequered flag with overheating issues.

Hamilton had earlier set the pace in FP1, heading team-mate Valtteri Bottas by more than half a second on ultrasoft tyres. Verstappen, on supersofts, bettered the Ferraris by 0.1sec in third ahead of the soft-tyred Räikkönen and Vettel. Ricciardo rounded out the top six, 1.037sec back.

Grosjean secured seventh and best of the rest ahead of the closely matched Alonso and Sainz. But it was a difficult session for McLaren, with Alonso setting just 16 laps, one more than 10th-placed team-mate Vandoorne as the pair were blighted by exhaust issues. In 11th was the Honda-powered Toro Rosso of Pierre Gasly.

Sirotkin outpaced team-mate Stroll, despite almost colliding with the pitwall. Hülkenberg and Pérez split the Williams pair in 13th and 14th.

The Saubers propped up the timesheets in both sessions, with Charles Leclerc almost five seconds adrift of Hamilton in the first, improving in the second session to match team-mate Marcus Ericsson almost to the thousandth.