Lewis Hamilton was the only man to break into the 1min 20s and took a crucial pole position from his title rival Max Verstappen.

The Red Bull was almost half-a-second down on the pole sitter but a dramatic moment for Pierre Gasly prevented many improvements in the final part of qualifying following a puncture.

Valtteri Bottas couldn’t make it a front-row lock-out for the championship leaders but with such a long run to the first corner is looking handy for the race start on Sunday.

Despite the puncture, Gasly ended up fourth ahead of Fernando Alonso setting up a good battle between AlphaTauri and Alpine with both teams tied on points in the constructors’ standings.

Here is how qualifying unfolded ahead of the 2021 Qatar Grand Prix.

Red Bull said just ahead of the session that it had reverted to a bigger rear wing for Max Verstappen as the team aimed to find a better balance for its driver.

As was the case earlier in the day during final practice, both Haas cars were first onto the track as the lights went green. Nikita Mazepin thanked his mechancis for fixing his engine issues in between the sessions but sustained a new issue and front wing damage on his first flying lap. He had to pit for repairs with the wing hanging lower than it ideally would.

Carlos Sainz set the first reference time for others to chase, a 1min 23.323sec was 0.024sec quicker than team-mate Charles Leclerc.

That was beaten by Sergio Perez and then Lando Norris before Lewis Hamilton threatened the 1min 21s. His 1min 22.019sec was two-tenths quicker than Verstappen’s first effort and 0.9sec up on team-mate Valtteri Bottas.

AlphaTauri started the session on the front foot. Pierre Gasly launched himself up to P3 on mediums while Yuki Tsunoda went fifth-quickest on his soft tyres. Rivals Alpine then logged their first laps with Fernando Alonso displacing the Frenchman for third and Esteban Ocon going a temporary ninth. 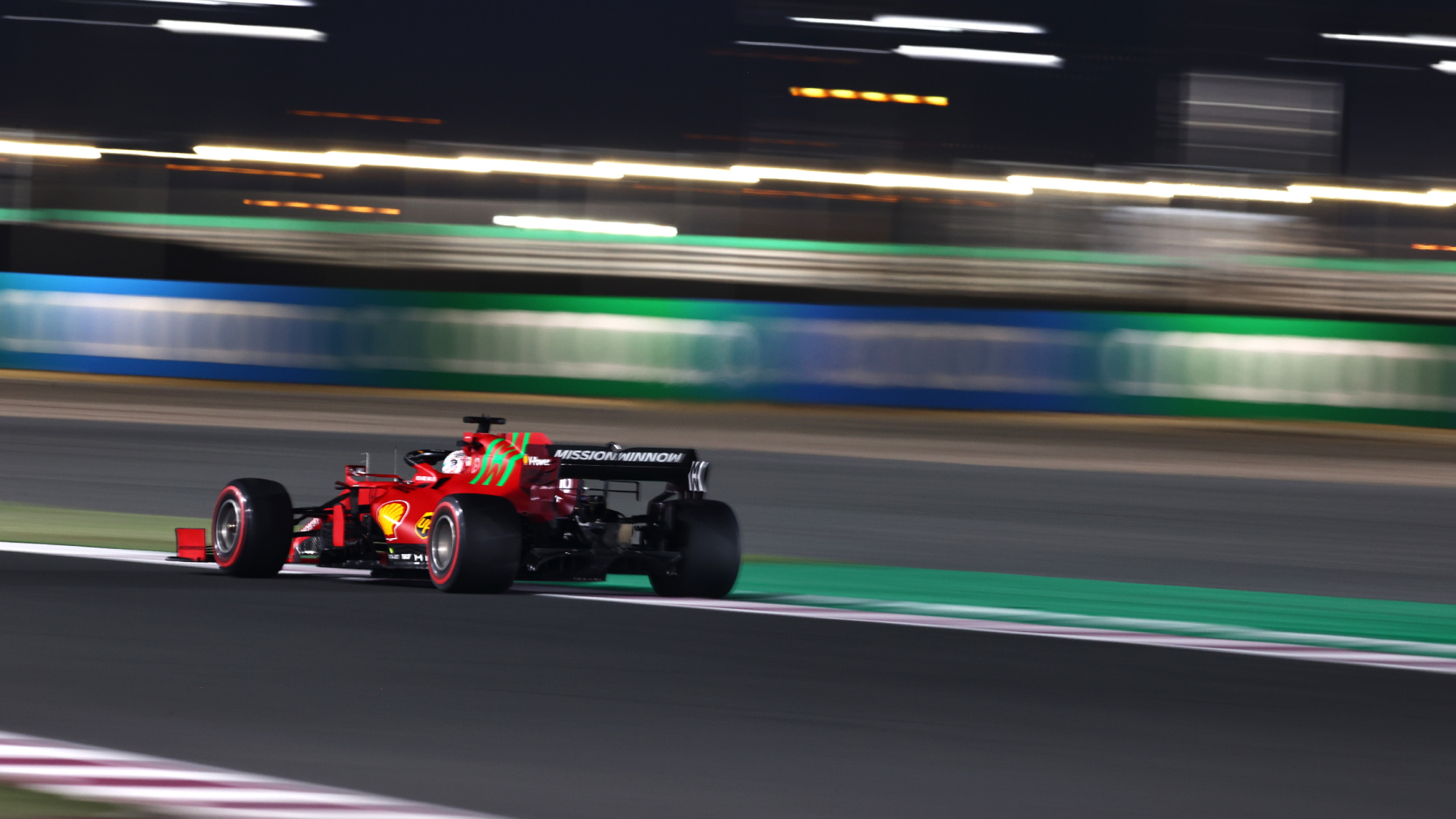 Leclerc left it late to get out of danger in Q1

Hamilton pitted after his first time but Bottas went for another go and improved to the top spot, 0.003sec quicker than his team-mate’s lap. Verstappen was the first into the 21s though with a 1min 21.996sec, just 0.020sec and 0.023sec quicker than Bottas and Hamilton respectively.

Leclerc and Lando Norris had times deleted for exceeding track limits at Turn 16. The Ferrari driver was the one under pressure though, down in 14th with his one and only legal lap and less than three minutes of the session to go.

With all cars but the Red Bulls on track, a major traffic jam formed between the final two corners and it cost Nicholas Latifi. He didn’t make the line before the chequered flag and was immediately knocked out of qualifying.

Leclerc improved to P10 on his final lap while Lance Stroll lifted hismelf out of the drop zone to go eighth.

Hamilton went back to the top of the times for Mercedes to bring a close to the first part of qualifying.

Mazepin, Mick Schumacher, Antonio Giovinazzi, Latifi and Kimi Räikkönen were the drivers out of Q1.

George Russell was first onto the track for the second phase of qualifying before the queue started to form at the end of pit lane a minute later.

Medium tyres were favoured by most cars barring Gasly, who inverted from Q1 to running the softs, Tsunoda, both Alpines and Aston Martins.

Sainz was fastest but only for a moment. Hamilton was down to a 1min 21. 682sec on his first lap with Verstappen third-fastest 0.3sec down. Gasly on the softs separated them in second but was still almost three-tenths of a second down on the lead Mercedes.

Tsunoda was just ahead of Fernando Alonso and Esteban Ocon in fifth, sixth and seventh respectively after the first runs. 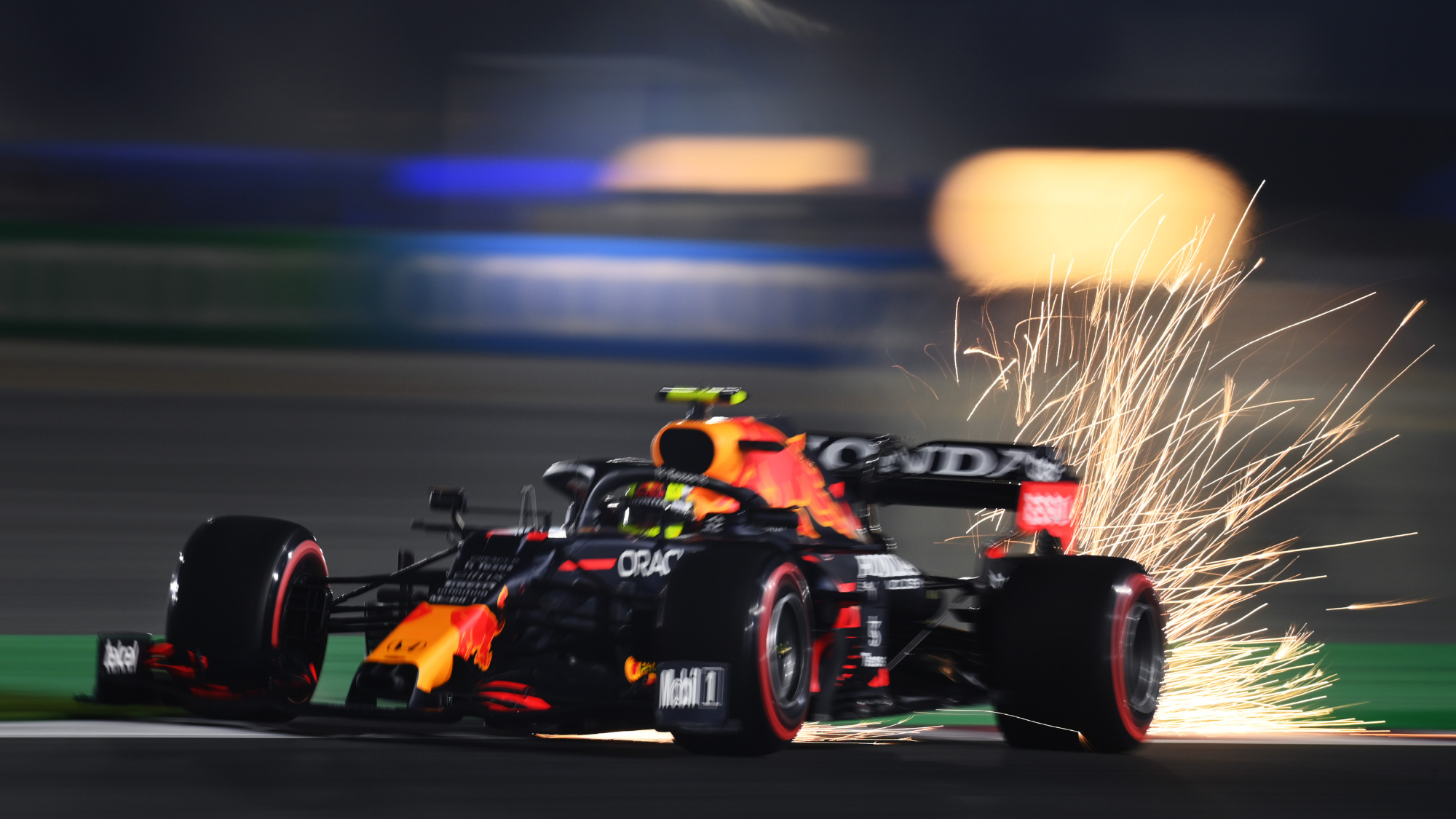 Lando Norris, Sergio Perez, Russell, Daniel Ricciardo and Leclerc were the drivers left in the drop zone with 5mins to go.

The Williams driver had the circuit to himself for his lap but couldn’t find an improvement to lift himself into the top 10.

Things didn’t sound much better in the Ferrari camp either. Leclerc admitted over his team radio: “the nine-tenths, I don’t know where they are,” discussing the gap to 10th.

He and Norris had to convert to the softs to try and get into the final shootout session while Carlos Sainz stuck with the mediums. The Spaniard found no improvement but Norris bumped his ex-team-mate into ninth. Leclerc couldn’t drag the Ferrari into the next session and was out. Likewise, Ricciardo couldn’t move himself into the final part of qualifying.

Perez was 14th on his final run and swapped to softs but couldn’t move himself high enough to progress through, ending his qualifying P11.

He said after he was “sent [out] at the worst possible moment.”

Mercedes were straight out on track for the final part of qualifying shortly followed by Ocon, Vettel and Norris. Hamilton was the first to set a flying lap, leading the train on the first attempts.

He set a 1min 21.262sec for the rest to try and beat. Bottas fell 0.2sec down after having a slight advantage in the first sector.

Verstappen crossed the line a minute later and he was able to split the Mercedes but ended 0.162sec down on his title rival. The Dutch driver had a handy advatage in sector one but as the lap progressed, lost time in sectors two and three.

Gasly popped up to P4 ahead of Alonso, Sainz and Norris and team-mate Tsunoda, who edged out the other Alpine of Ocon in eighth with Vettel in 10th after all of the first runs were finished. 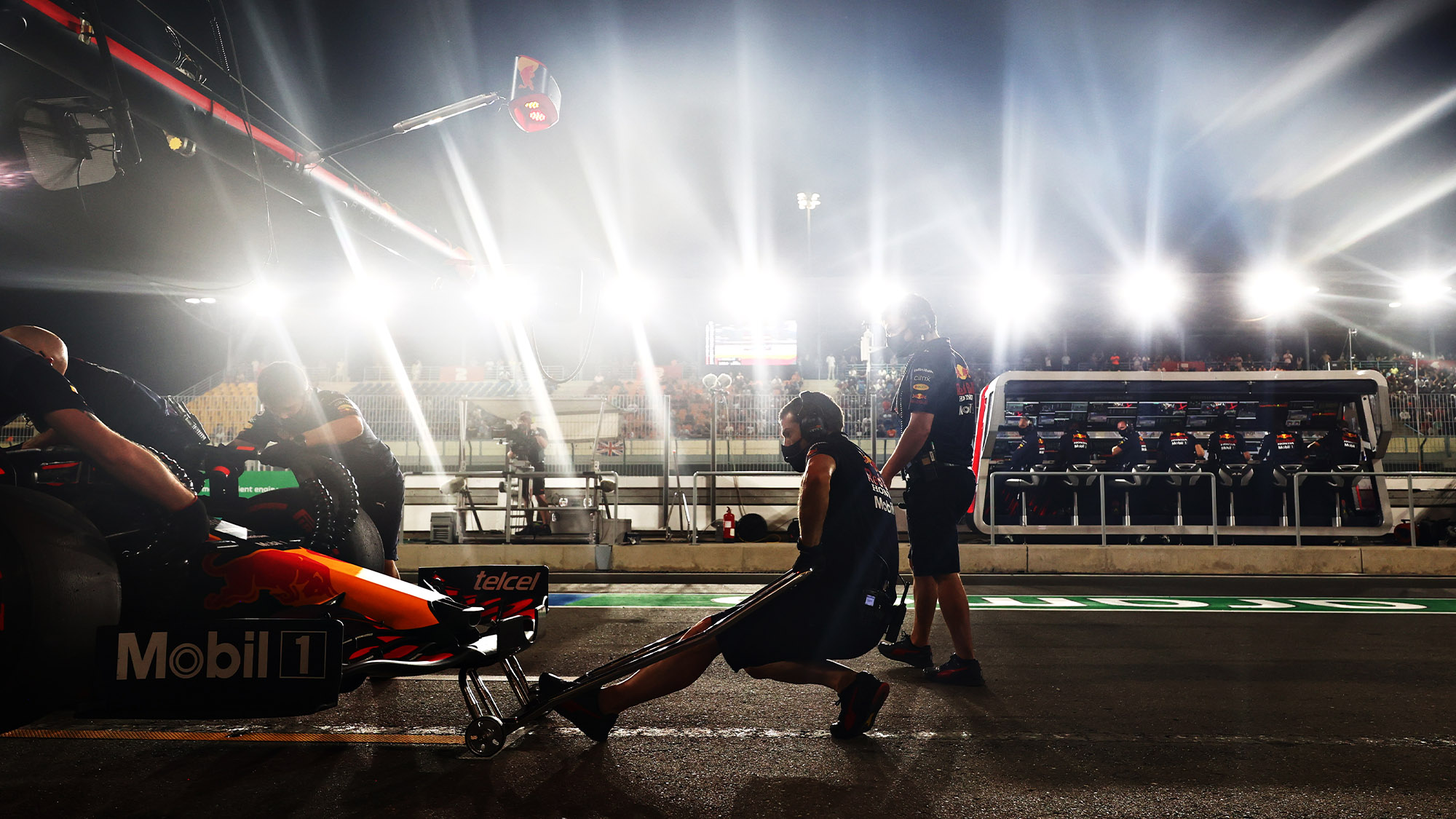 Hamilton was again the first driver out onto track for his lap, leaving the garage with 3mins left on the clock.

It dragged both AlphaTauris out with him but the other contenders opted to wait a while longer.

Verstappen was the last man to leave the pit lane a full minute after Hamilton and with a nice gap ahead of him to the sole-remaining Ferrari of Sainz.

Hamilton was flying through the first sector, three-tenths quicker than his initial first sector time. He matched his best in the middle part of the lap with another purple sector and lowered the benchmark to a 1min 20.827sec.

There were yellow flags in the final sector as Gasly had suffered a puncture and was missing his front wing. The front endplate was damaged over the kerbs which resulted in a puncture for the AlphaTauri man.

Bottas couldn’t improve from P3 as a result and while Verstappen improved, he ended up 0.455sec off of pole.