Lewis Hamilton took his 68th career pole at the Belgian Grand Prix this weekend to equal Michael Schumacher’s qualifying record with a near-perfect lap. Sebastian Vettel joined him on the front row after a small front wing adjustment between his Q3 runs gave the Ferrari a more positive front end. A tow from his team-mate in the last sector assisted, saving him a couple of tenths and put him safely in front of the third-placed Bottas.

Hamilton and Vettel were separated by 0.242sec through the seven kilometres of challenging asphalt, but was there any more lap time to be extracted from the championship rivals? 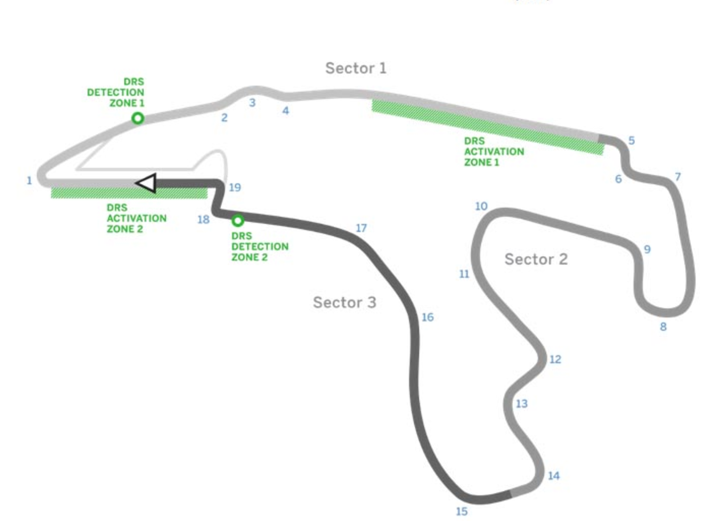 Spa-Francorchamps has three distinct sectors. Sector one, running from the startline to the approach of Les Combes, is only one corner from a driver’s perspective.

Aside from the La Source hairpin, the rest of 30-second sector consists of only Eau Rouge and Radillion, which are sadly now easy flat. Therefore, achieving a good sector one time is all about late braking into La Source, then aero efficiency and power up the hill.

Sector two is the twisty, technical part of the lap consisting of medium- and high-speed corners. It’s 44 seconds downhill from Les Combes, finishing in the short straight immediately after Stavelot. Sector two includes some technically difficult corners and the courageous flat-out-at-entry Pouhon – the only really challenging high-speed corner for modern F1 at Spa.

The final 28-second sector of the lap includes the full throttle Blanchimont and the perpetually awkward Bus Stop chicane.

With its mixture of long straights and medium and high-speed corners, the aero set-up can be split between ‘trimming out’ for sectors one and three or adding downforce for the winding sector two.

We’ve seen the Mercedes have on and off days this season but, for Lewis Hamilton at least, the Silver Arrow was certainly hooked up on this occasion. It was handling flawlessly throughout his pole lap. The car looked perfectly balanced and inspired confidence in both aero and mechanical corners.

He was conservative with track use, being much less liberal with circuit limits than Vettel. The Mercedes looked like it was on rails, and as though it could have given a few more hundredths if asked. Every input from Hamilton was fluid and confident, with no steering correction once he turned in – much like at Silverstone. Lewis and the car worked so beautifully together that it almost looked easy.

When a driver has such a stable car beneath them, they have the ability and confidence to attack the corner entry. Once the car is at the apex and they have received some minute feedback about grip levels, they can then assess when and with how much vigour they can get back on the throttle. The Mercedes was precisely communicating with Lewis, allowing him to extract almost every hundredth of a second from it.

After looking slightly off the pace in Q2 and the first run of Q3, Vettel added some front wing angle to offset the understeer he’d been experiencing. Nevertheless, the Ferrari’s balance didn’t look ideal with Vettel fighting oversteer throughout the lap, especially at the entrance to Fagnes and the exit of Stavelot.

The German didn’t look happy with the rear of the car, pausing the steering wheel a few times at turn-in to allow the rear end to settle.

While it’s possible not lose much time with slight oversteer, this will have certainly cost Vettel a few tenths over the lap and affected his confidence with steering inputs and throttle application. 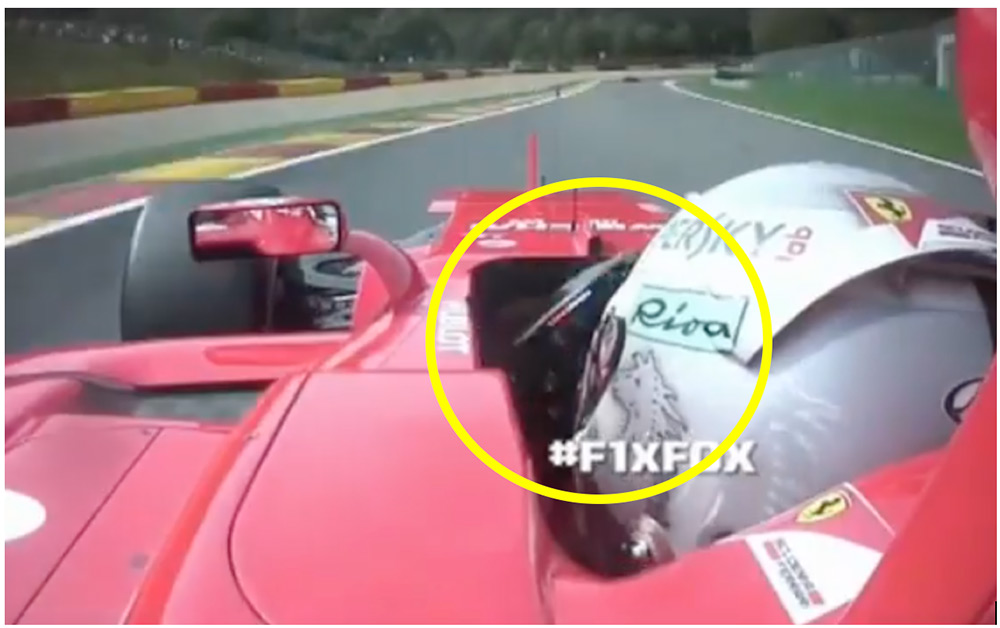 When a driver has a global oversteering balance – through turn-in, mid-corner and exit – they are concerned about carrying too much speed into the turn. The feedback received from the car would have been a feeling of the rear end being too light and possibly sliding if turned in too quickly, resulting in a painful delay before throttle application.

The driver will ‘over slow’ the car on entry to mitigate the risk of too much rotation, thus costing a fraction of a second through each corner and onto the following straight.

Thanks to the subsequent flat-out section, the exit of Stavelot is critical to lap time. Here, Vettel’s Ferrari had throttle-on oversteer which will have undoubtedly cost him time over the next 19-seconds of acceleration.

Luckily, Räikkönen was around to offer Vettel a small tow, masking Vettel’s error and making him 0.027 seconds quicker than Hamilton in the final sector.

Aside from the balance of the cars, the racing lines between the two champions are comparable, bar through the 180-degree Bruxelles hairpin.

Hamilton used a more constant radius type line, whereas Vettel opted for a sharper ‘v’ type line. Both lines have pros and cons, with the use usually being determined by the length of the following straight. With a ‘v’ type line the driver can brake later but has to turn more sharply and thus has a lower minimum corner speed. However, the car’s platform is flat earlier and so the driver can accelerate sooner and harder.

The straight from Bruxelles to Turn 11 is short and so the difference between the two lines is negligible, chosen more due to the car’s balance rather than individual driving technique.

With sectors one and three being so quick, the power unit is all-important at Spa. Hamilton’s Mercedes had the third-highest maximum speed of 339.3kph, only slower than his team-mate and the trimmed-out Force India of Pérez.

On the run up to Les Combes, Vettel’s Ferrari was almost 7kph down on the Mercedes, and while we can never fully know if this is a difference in outright power or aero set-up, the consensus is that Mercedes still has the upper hand with top speed and the race seemed to confirm.

There’s no doubt the lap we witnessed from Hamilton was a great one, with the Mercedes complimenting Lewis perfectly. The Ferrari, however, wasn’t behaving all that well and almost certainly could have given Vettel more.

If Vettel and his team had got the Ferrari in the sweet spot, might the story on Saturday afternoon have been different or was Hamilton simply untouchable?

Scott Mansell is founder of Driver61.com and a professional racing driver coach, developing drivers throughout single-seater, prototype and GT disciplines.