Can numbers decide the battle of Formula 1 superiority between Alonso, Hamilton and Vettel? 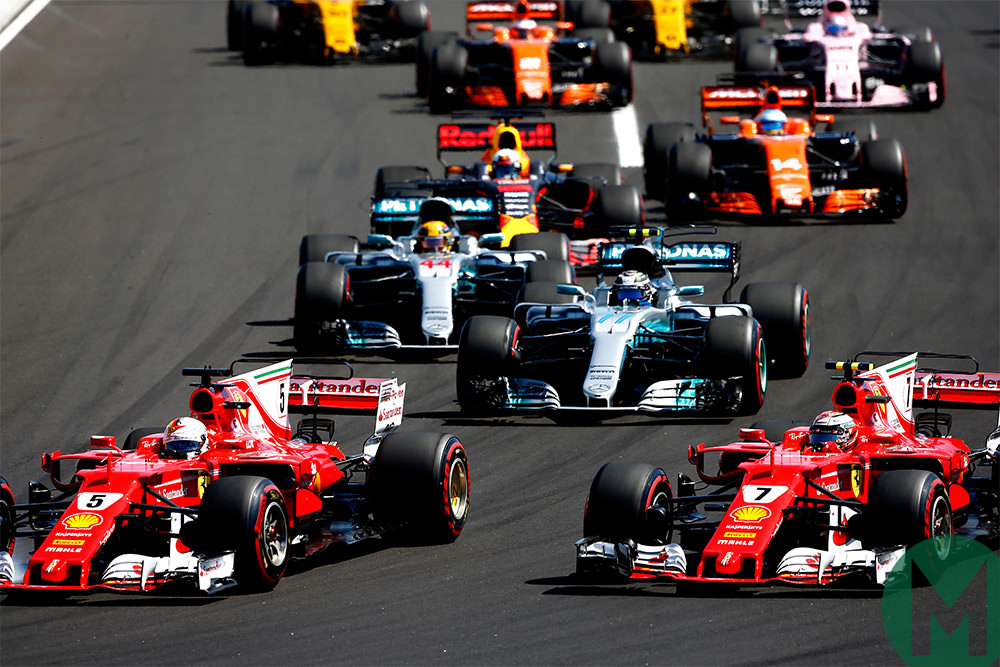 Here is a summary of the numbers used in our recent mini-series looking at the team-mate comparison of the three pre-eminent Formula 1 drivers of the last decade: Fernando Alonso, Lewis Hamilton and Sebastian Vettel.

What do they show? They suggest that Alonso has the best set of stats against team-mates, measured either by qualifying or race performances, with Vettel next and then Hamilton. Alonso’s average qualifying advantage over his team-mates stands at 0.277 per cent, with Vettel at 0.197 per cent and Hamilton 0.191 per cent. In the races, Alonso beat his team-mates in 82.6 per cent of comparable races. Vettel did so in 77.2 per cent of his races and Hamilton in 65.1 per cent of his.

However, they are merely the numbers. There is context too – though that’s impossible to judge definitively. Both Alonso and Vettel have had at least some seasons as uncontested team number ones but Hamilton’s team-mates at McLaren and Mercedes have always been free to compete against him. For the purposes of this comparison, any races in which team orders were used have been either awarded to the guy pulling aside, or not counted (according to circumstance). But there will invariably still be other advantages of team status that the numbers will not show (choice of chassis, engines, testing etc).

Then there is the calibre of team-mates to judge – again, a totally subjective call. But for what it’s worth, here’s that subjective call: for eight of Hamilton’s 11 seasons he has raced alongside team-mates who are unquestionably world-class drivers, in the form of Alonso, Button and Rosberg. Of the 15 Alonso seasons considered here, he has run a season with Hamilton, two with Button, so 20 per cent of his seasons alongside true aces (as opposed to Hamilton’s 72 per cent), the other years with rather softer opposition. Six of the nine Vettel seasons (67 per cent) here have been run as team-mates to feisty aces in the form of Webber and Ricciardo.

There are interesting anomalies and intrigues too. All three drivers have been beaten over a season in qualifying at least once – though Vettel by the most significant margin. Alonso and Hamilton were of course matched against each other in Hamilton’s rookie season and the difference was very slightly in Alonso’s favour. But while Hamilton qualified between 0.237-0.35 per cent faster than Jenson Button as a team-mate, Alonso managed only between 0-0.139 per cent over Button. Both Vettel and Hamilton have been beaten over a season in races too (by Ricciardo and Alonso respectively) but Alonso never has, using these measures. Note, we have ignored points comparison as the arbitrary weighting of the points gives a less pure measure than a straight binary won/lost comparison.

Both Alonso and Vettel have seasons alongside Kimi Räikkönen– and this comparison favours Alonso over Vettel in both race and qualifying. But as the accompanying pieces illustrated, car traits and how they dovetail with driving style can have a huge effect on team-mate comparison.

So definitively, the numbers prove nothing. But through their patterns, they give a suggestion of a picture. The straight numbers paint Alonso as the strongest, albeit with an arguably weaker line-up of team-mates than the other two.

Figures in bold indicate when featured driver has been beaten over a season.