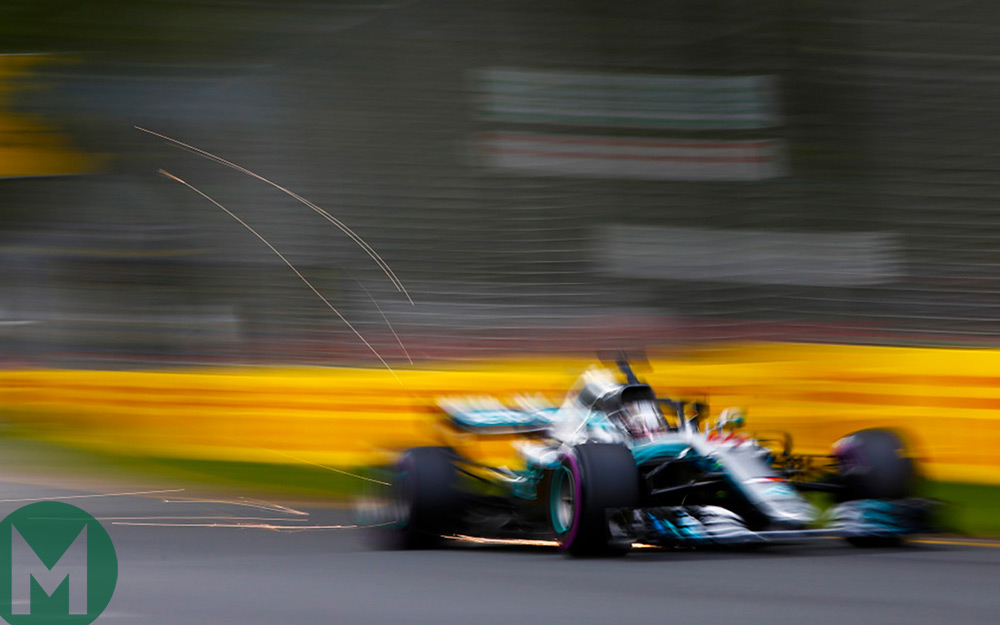 Lewis Hamilton’s pole-securing final qualifying run, in which he found 0.6sec while everyone else found a tenth or two, was a stunning achievement and had former drivers shaking their heads in admiration.

But was it set with the help of the ‘party mode’ Q3 engine setting he referenced pre-weekend? He’s adamant it wasn’t. Toto Wolff says it was.

Hamilton: “During that lap I was in the same mode that I was in before but it was just really hooking up the tyres, getting them at the right temperature and then putting the lap together. I had good sectors before, maybe the first lap of qualifying but after that I had to put them together so…”

This was said on his grid interview, immediately post-qualifying. It might be interpreted to mean simply that it was the same mode for both his Q3 runs. But in the press conference inside he gave further refutation and made a point of talking about the Ferrari’s mode. “It was a real surprise to see how quick the Ferraris were, from already Q1. The speeds they had on the straights; they’ve obviously made an improvement in their power mode. I think we were similar speed through the corners but definitely their power mode was quite strong. And that remained the same through the session. But obviously getting out and getting the tyres working optimally and staying in the right zone through the whole lap was definitely difficult; it was always is here, particularly with the rear.”

Asked about Hamilton’s comments afterwards Wolff replied: “There is a ‘party mode’ and it was switched on in Q3 but it was just the same in the first run of Q3 and the second.”

That sounds pretty definitive, but then what were Hamilton’s comments all about? And actually, there is still wriggle room within Toto’s comments. ‘Party mode’ could just be referencing a general qualifying mode that could have been used in both Q2 and Q3. There are in fact two levels of quali mode with the Mercedes engine.

Customarily the one used for Q2 is a pretty aggressive one, worth around 0.4sec over a standard race mode. But the Q3 mode, according to well-placed intelligence sources that have used Merc engines extensively, agree that it is worth a further 0.2sec (0.18sec around here to be precise) over that. It is this extra that Hamilton seems to be saying he didn’t use when setting a time 0.65sec clear of the field.

Reading between the lines, here’s what we surmise happened. In Q2 – when Sebastian Vettel’s Ferrari actually shaded Hamilton’s time – Hamilton could feel he hadn’t quite got a good lap together and so knew there was a much better time in the car even with the standard ‘quali mode’.

The ‘party mode’ and its extra couple of tenths would be used in Q3 where he probably felt his only challenge might be from his team-mate Valtteri Bottas, so much confidence did Hamilton have in the car’s outright pace (he’d been 0.7sec clear of the field on Friday morning). But then didn’t Bottas go and crash before his first Q3 lap had barely started, bringing out the red flags.

Now, from Hamilton’s side of the garage, there was no need to use the extra – so confident was he of outpacing Ferrari and Red Bull. From the perspective of the three-engine-per-season rule, any lessening of the load would be welcome for a motor that ideally has to do seven races.

So Hamilton – rightly proud of a stunning lap – didn’t want that attributed to a mode he didn’t use. From Wolff’s perspective, playing that down and sending an impression of the full mode having been used but without quite specifying what he meant by that, was perhaps trying to divert attention from the fact that with the full ‘party mode’ Hamilton might’ve been on pole by 0.8sec. Which is not a good message going into F1’s new season.