The Hungarian Grand Prix hardly needs any more setting up after the clash between the title rivals at Silverstone but there is history between Lewis Hamilton and Max Verstappen around the Hungaroring.

Hamilton has taken victory on the last three visits to Hungary to bring his grand total up to eight wins around the Hungarian track. Verstappen on the other hand hasn’t stood on the top step once and yet despite that statistic, is the favourite heading into this weekend’s race.

Two of the three latest wins for Hamilton came at the expense of the Red Bull driver. Most notably the 2019 race in which Mercedes sprung a surprise two-stop strategy on its rival to leave the Dutchman with nowhere to hide as the world champion hunted him down relentlessly in the closing laps on fresh rubber.

The day before, Verstappen had pulled off a brilliant qualifying lap to earn pole position ahead of both Mercedes cars and Hamilton could only manage third position. He led the field comfortably at the start and left the two Silver Arrows to tussle for position.

Valtteri Bottas struggled into Turns One and Two, left the outside for Hamilton to turn into the inside line at Three and Four to then set up the duel fans had been waiting for.

By the time the pit stops rolled around, Hamilton had edged into undercut range, prompting Red Bull to blink first and pit on lap 26. 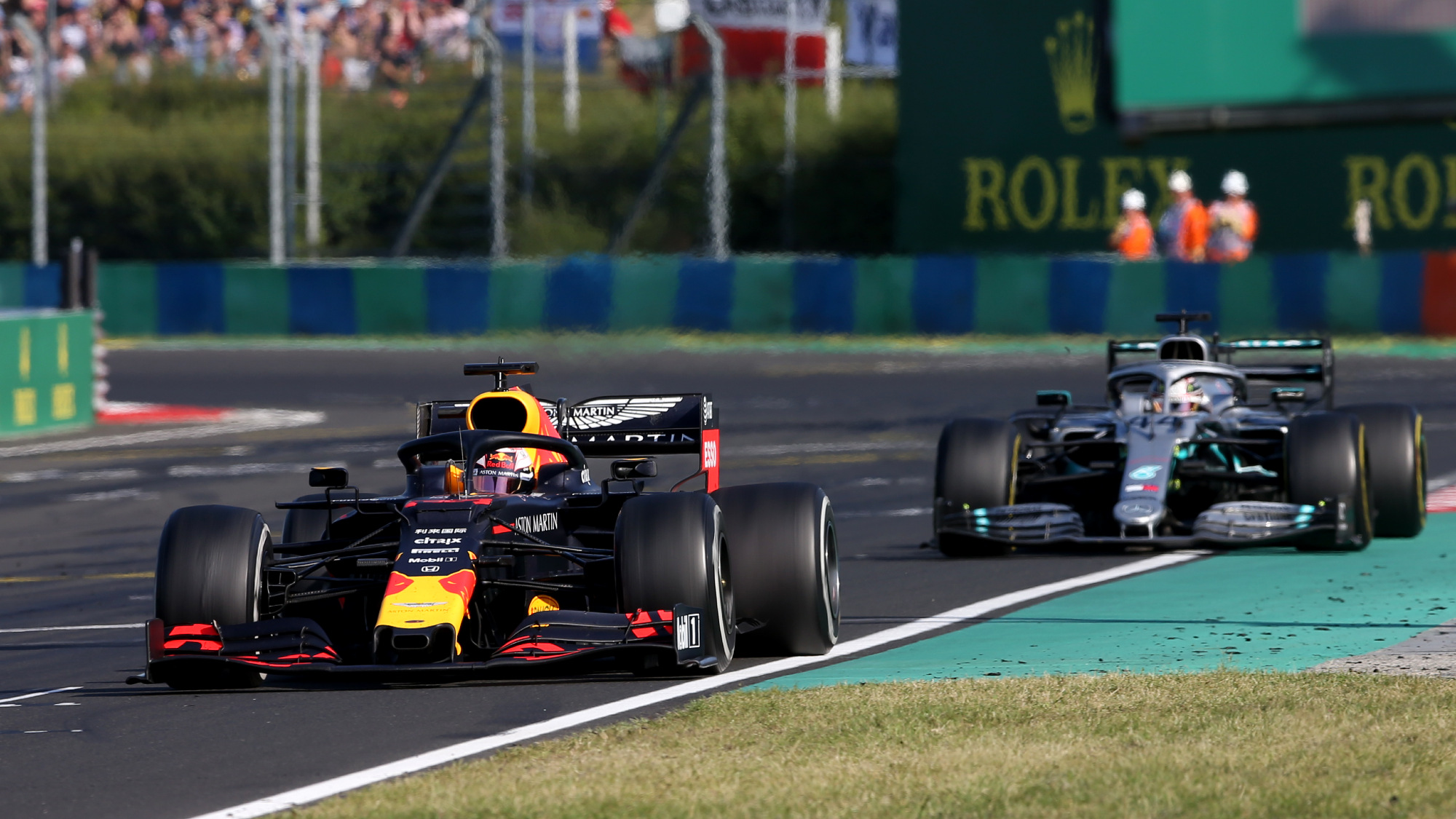 Hamilton hunted Verstappen down for the 2019 win

Following the Mercedes response on lap 32, the gap stood at 6sec but by lap 38, Hamilton was back into DRS range. An audacious attempt around the outside at Turn Four almost paid off but out on the marbles, Hamilton ran wide and had to concede the place back.

At a stalemate on track, this time it was the Mercedes pit wall that blinked first and set up the hunt for victory with fresh medium tyres. The pass for victory came on lap 67 of 70 and Hamilton gave his rival a very wide berth into Turn One to complete the manouver, space that neither driver will be giving after the events of Silverstone.

It was a taster for what was to come between the pair and the shoe has been on the other foot since, with Red Bull pulling off a similar victory in France earlier this season on the penultimate lap. 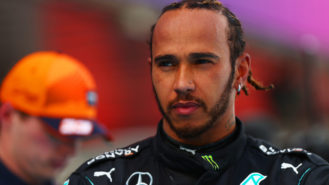 No more backing down: Hamilton's resolve to race hard at Silverstone

It’s not so much the title fight that just got more serious, but the personal battle of wills between its two combatants. The title fight still favours Red Bull and…

The painful Hungarian loss in 2019 for Red Bull was tough to take but they were the stars the following year after Verstappen made his life much more difficult before the lights had even gone out.

On a damp track, the Dutch driver slid off the circuit and into the wall, damaging his left front suspension arms in the process. A Herculean effort by the mechanics fixed the broken parts on the grid, enabling their driver to take the start.

He repaid them immediately, rising from seventh on the grid to third in the first corner and a switft switch to dry tyres in the opening laps put him P2 and in range of Hamilton, who’d led from pole.

Unfortunately for Verstappen there was no catching the leader as Hamilton claimed another record in the process with win number eight in Hungary, but the pace he’d shown was promising and by the end of the 2020 season, Red Bull looked a match for Merc.

This year has proven that to be the case and then some. It’s likely to be Mercedes doing the chasing this weekend despite a few updates at Silverstone as Red Bull still appears to have the measure of them over the course of a race distance.

That advantage was comfortably demonstrated in the Sprint Qualifying race as Verstappen kept Hamilton at arms length to claim pole, leading to the elbows-out brawl for the lead on the opening lap of the British Grand Prix.

With the added downforce requirements of the Hungaroring and the circuit not exactly condusive to overtaking, pole position will be crucial and as demonstrated by his 2019 lap, Verstappen is hardly a slouch in Hungary. 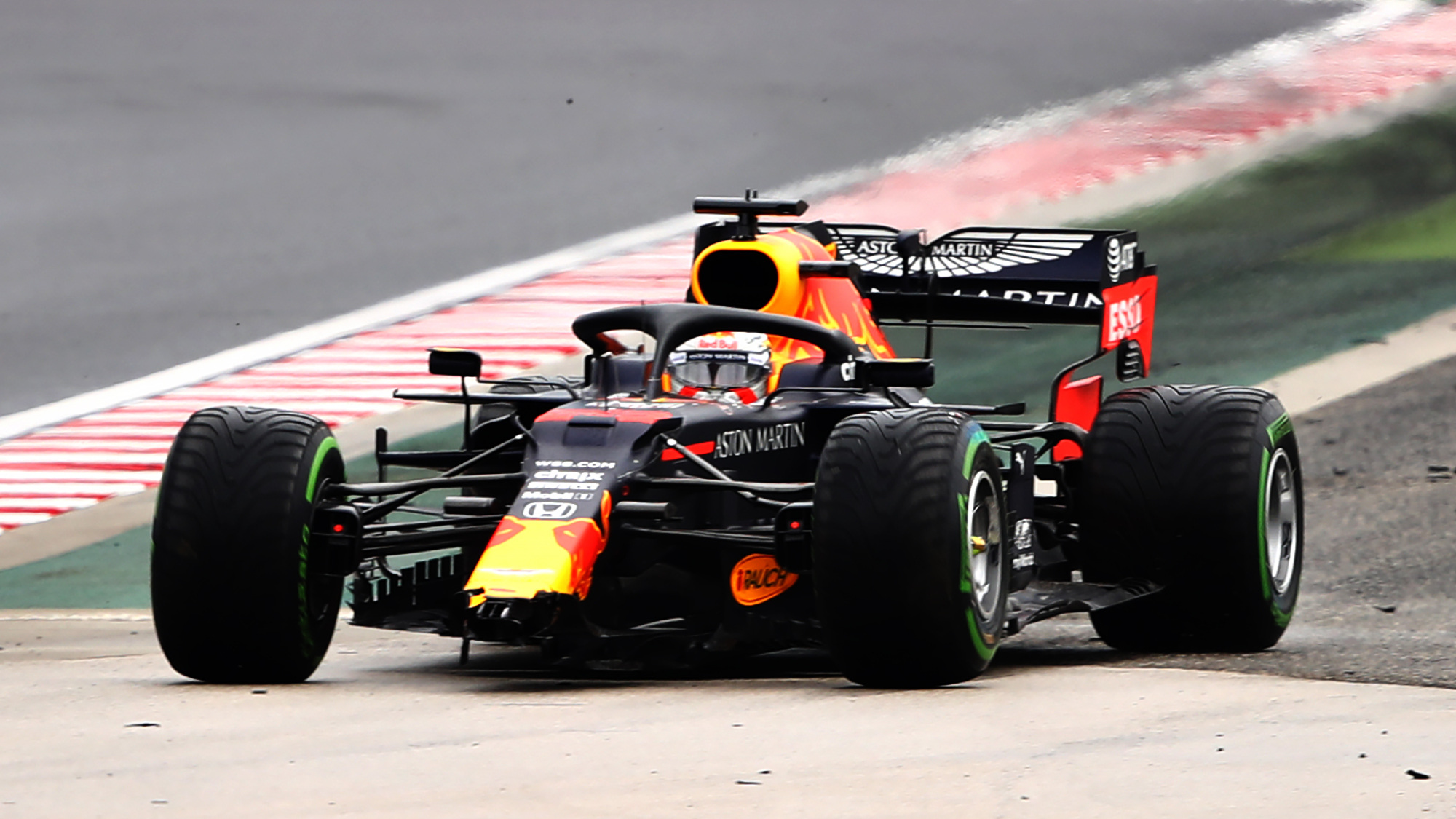 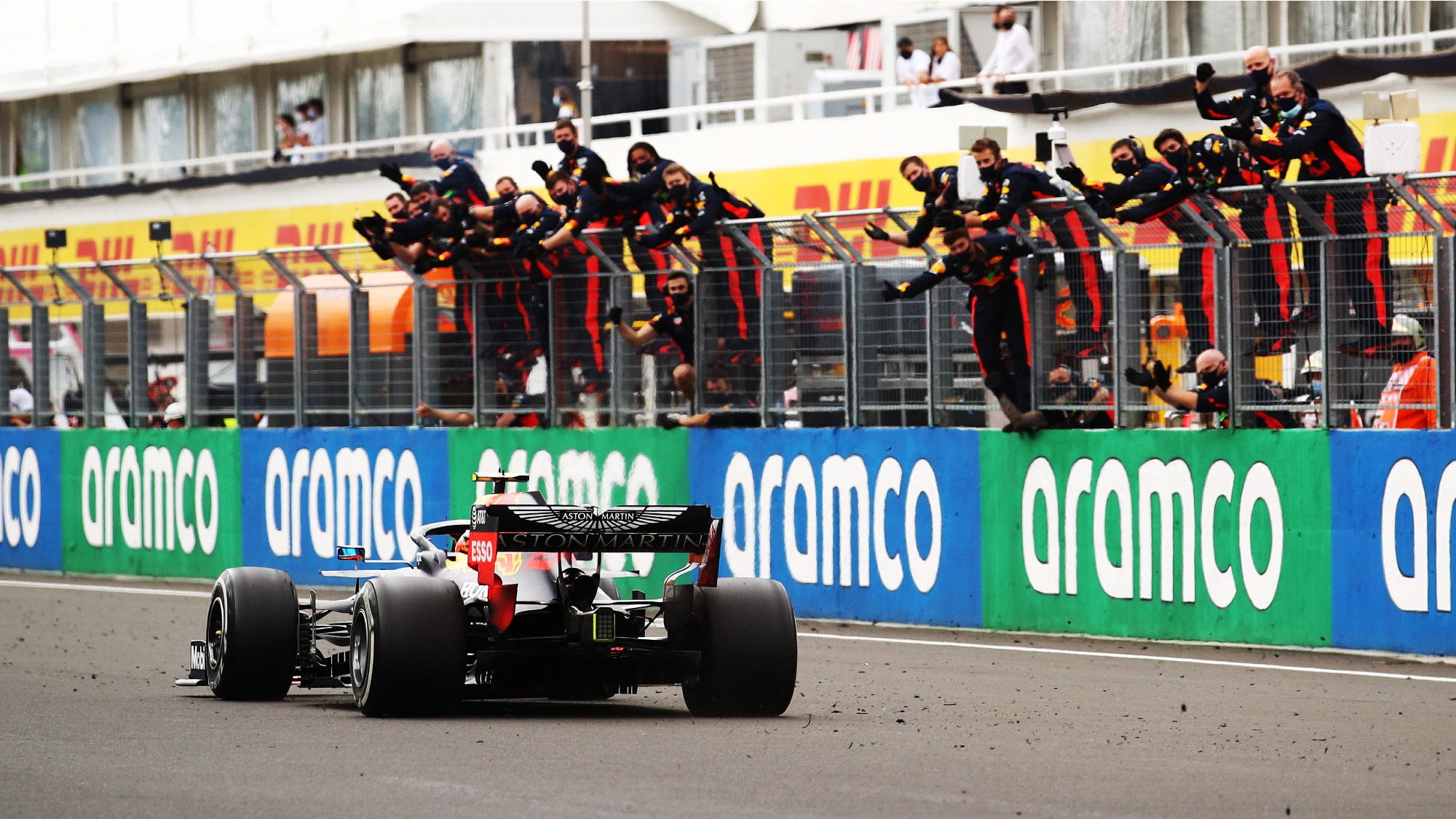 He comfortably leads the pole position rankings this season with five in total. Four of those have come at consecutive events in the four most recent races.

A first lap scrap isn’t off the table though, with Hamilton and Verstappen showing in 2019 and 2020 respectively that with clever positioning and a bit of bravery, there are places to be gained on the opening lap at the Hungaroring. Will we see similar scenes to Silverstone between the two after the lights go out?

In order to match the Red Bulls, Mercedes has been opting for a lower downforce configuration which pays dividends on the straights, but on a tight twisty Hungaroring circuit might not be able to match the high-rake RB16B.

Hamilton has also shown he can sit in the dirty air of another car and apply the pressure while Verstappen has never looked more at home leading a race than during this season. We could see a repeat of the 2019 race, but that will be irrelevant if the two come to blows again on the opening lap of the race.

“Had Max made it through Copse, I don’t think Hamilton would have seen him again that afternoon as he learned in the previous day’s Sprint Race,” Red Bull team boss Christian Horner surmised to kick the British GP dust back into the air.

“No matter how experienced or talented, all drivers experience a build-up of pressure at times and this was a moment of extreme pressure for Hamilton in the championship, becoming the hunter as opposed to the hunted, and in front of his home crowd who saw him defeated the previous day at a track that has always been a Mercedes stronghold.

“We all know that these situations can bring out a different driving style and one that is not characteristic of a world champion.”

It’ll be gloves off in Hungary no matter what happens.