The drama grew as the Saudi Arabian Grand Prix unfolded and (on track at least), it was largely for the right reasons.

Charles Leclerc’s wily defensive driving couldn’t keep Max Verstappen behind and the world champion took his first win of the year after a compelling battle in the closing laps of the race.

But with plenty going on at the front of the field, it was easy to overlook the drama further back where Mercedes remains at the head of the midfield battle, cut adrift from the leading pair of teams.

From Kevin Magnussen’s painful efforts in re-adapting to strenuous GP racing, to a calamitous error by Alfa Romeo, here’s what you might have missed in Jeddah.

The real MVPs today were Kevin’s physio Thomas and his magic neck strapping! 🙌

Haas’ last minute call-up/returnee Kevin Magnussen has been one of the standout drivers in the opening two rounds of the season.

He was called up to race for the team in 2022 just over a week before the season commenced in Bahrain, and had produced two points-scoring performances to repay the faith.

The Dane is feeling it though. Without a full pre-season of preparation, Magnussen is one of the drivers struggling most this year so far physically.

His neck was heavily taped up for Sunday’s race which earned him some friendly jibes from rivals.

He won’t care though should his performances continue in Australia in two week’s time, a mixed hunting ground for Haas in the past. 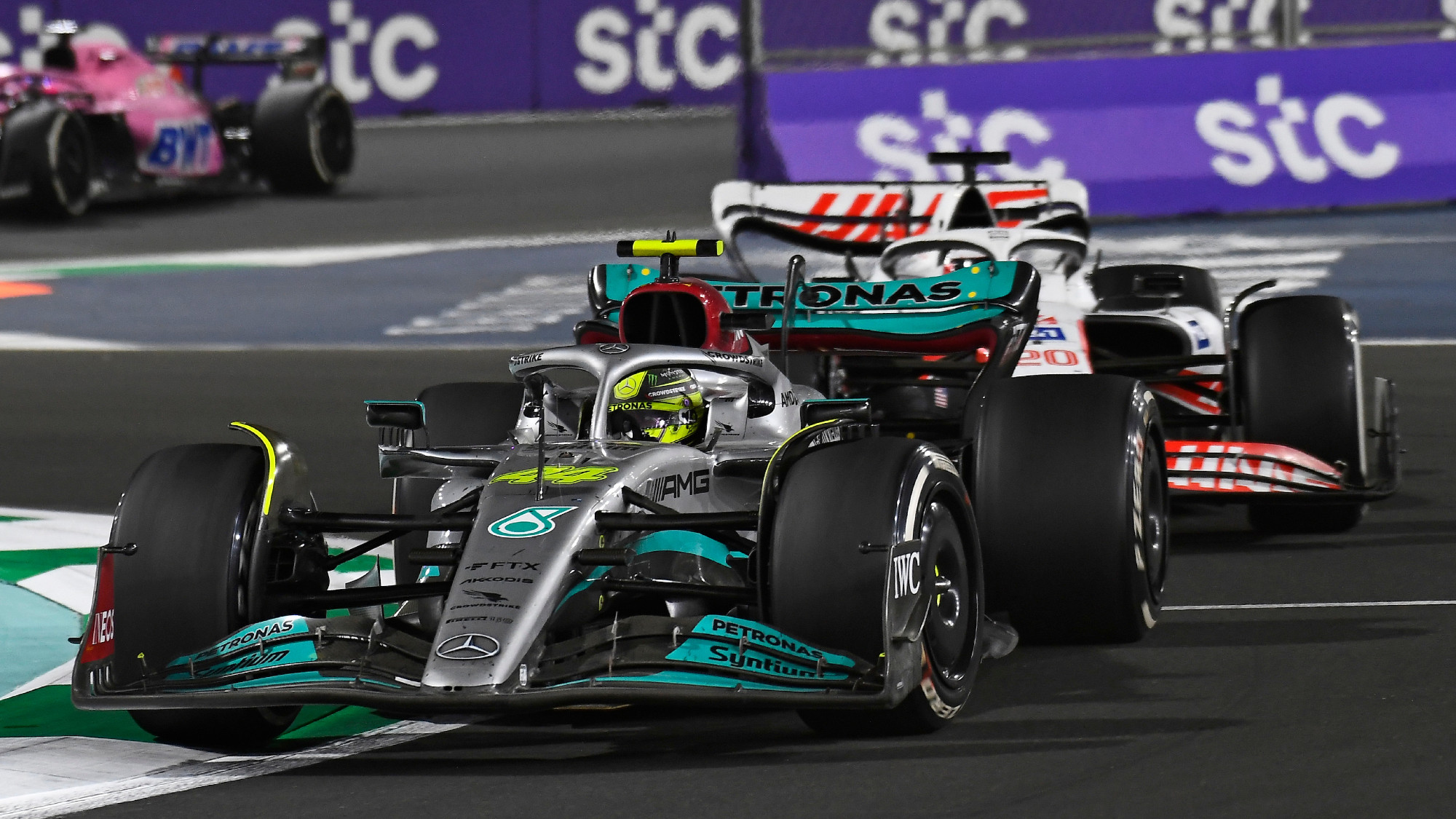 Lewis Hamilton won’t have fond memories of the 2022 Saudi Arabian GP as he and his Mercedes team struggled to get the maximum out of the W13 all weekend.

His P10 finish in the race was a tough pill to swallow after he’d shown decent race pace on Sunday night to recover from his lowly qualifying position.

But it could and should have been better. Had he pitted prior to the virtual safety car being deployed to recover the stranded cars of Daniel Ricciardo and Fernando Alonso, he might have been as high as sixth.

Yet the decision to remain out on track wasn’t down to the team nor race control, in fact it was Hamilton who drove past the stricken McLaren to continue on for another lap.

By the time he reached the pit entry once again, Alonso had also stopped and the window to pit and come out with a smaller time loss was gone.

Without the chance to pit under the virtual safety car, he dropped outside of the top 10 and had to fight for a solitary point, not that he knew it at the chequered flag.

“Is there even a point for that position?” he asked his race engineer Peter Bonnington after Bono had confirmed the end result.

Max’s car picks up a visor strip from Leclerc while he’s chasing him down on the pit straight. Max spends an entire lap trying to remove it while still catching Leclerc pic.twitter.com/fA7C5Hcfzh

Fighting arguably the fastest car of the 2022 season so far for victory is a tough enough job but doing it one handed? Impossible. Or maybe not…

An onboard from Verstappen’s Red Bull shows the Dutchman holding onto a tearoff strip from the Ferrari driver ahead for an entire lap while tackling F1’s fastest street circuit and battling for the win.

Like dropping a banana peel in Mario Kart, Leclerc’s visor strip was left behind for the Red Bull driver to handle, flying back and getting stuck on a sensor ariel just out ahead of the cockpit.

The Jeddah Corniche Circuit is hardly one to give a driver a break either, with corners coming thick and fast throughout the first two sectors and the fastest part coming right at the end.

He eventually got the tear off removed approaching the line for the following lap and wasn’t done yet, much to Leclerc’s disappointment. 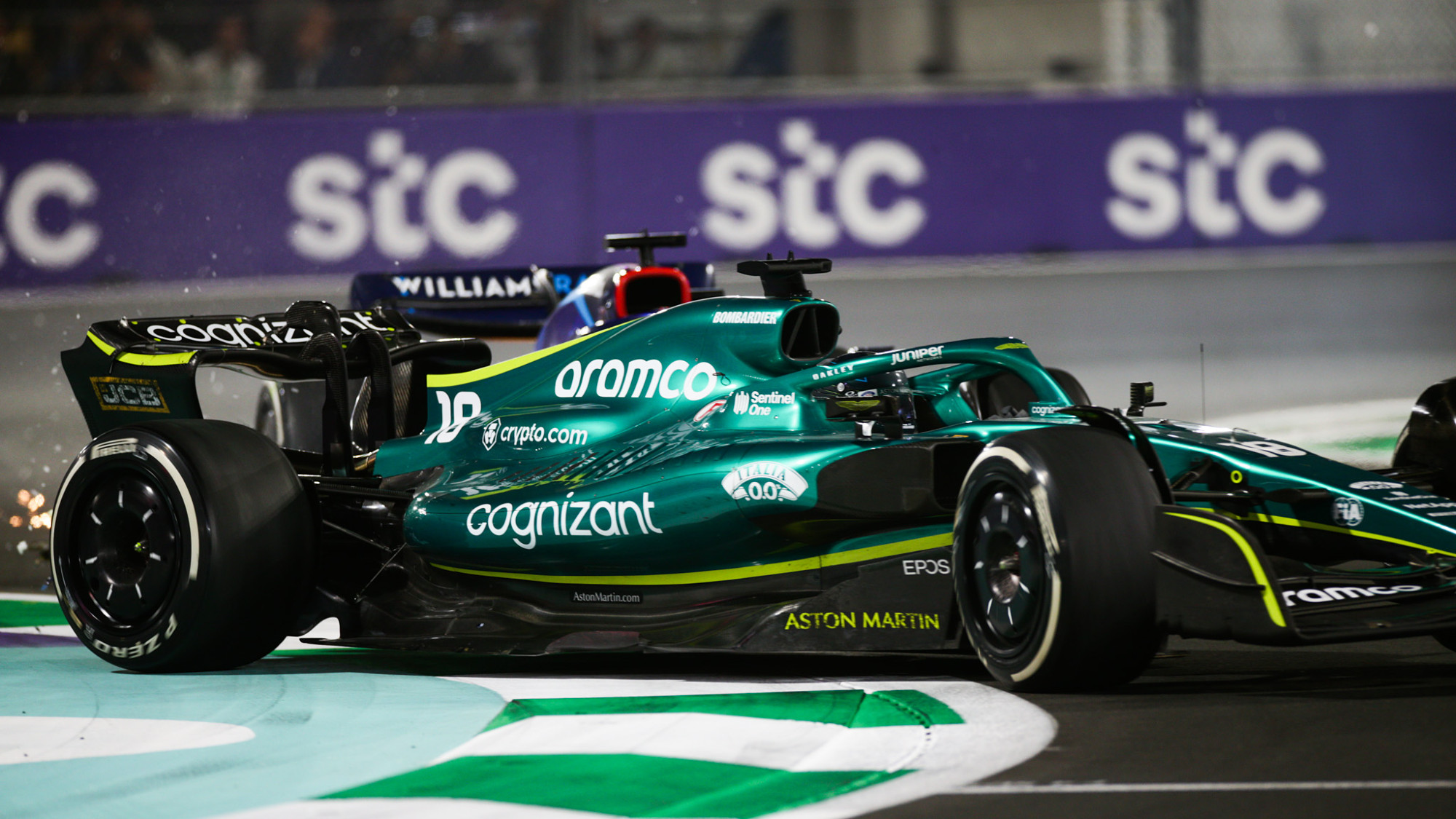 Jenson Button was on commentary duty with Sky Sports this weekend in Saudi Arabia but the 2009 world champion had his advisory hat still on tight anyway.

Last year Button was announced as a senior advisor to Williams, returning to the team he first drove in Formula 1 for back in 2000 as a rookie.

His soft spot for the team has been clear but might have tipped his blinders on during the Saudi Arabian Grand Prix.

As Williams’ Alexander Albon tipped Lance Stroll into a spin late on, JB wouldn’t quite fully put the blame at the feet of the Anglo-Thai man.

“It’s a tricky one, he was halfway alongside…if Stroll gave him a bit of room, I don’t think Alex would’ve overtaken, but he didn’t, he turned in and they crashed.”

Not exactly neutral in that one. 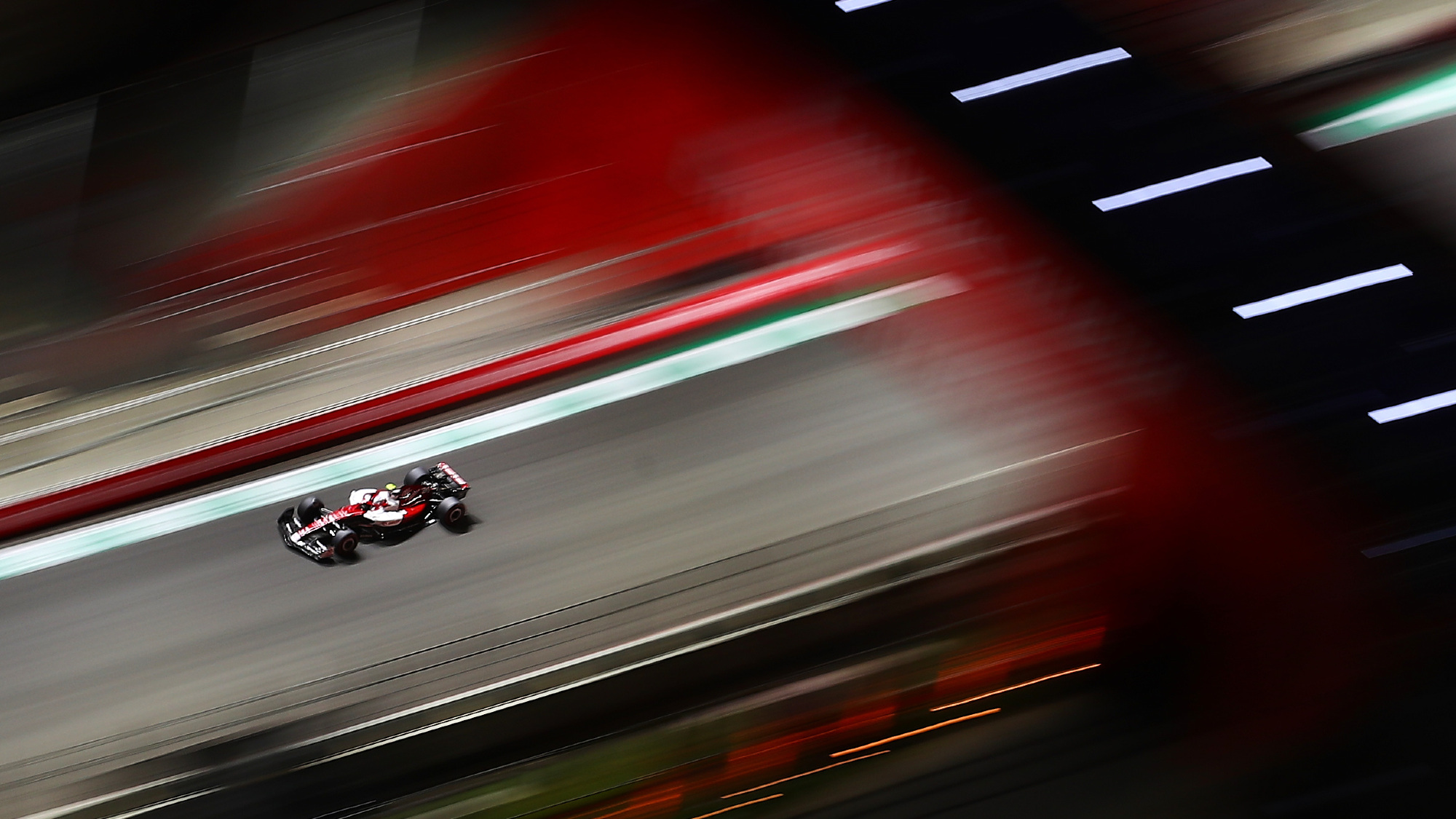 Zhou Guanyu was hit with a double dose of misery during the Saudi Arabian GP, earning a five-second penalty for contact with Alexander Albon on the opening lap and a further sanction during his serving of the penalty.

The unusual incident was down to a miscommunication to the pit crew about the process of serving the penalty, with work prohibited for five seconds while the car is stationary in the pit box.

“The stewards reviewed the video evidence and determined that car 24 came into the pit lane and stopped,” they explained. “But thereafter, it was jacked up by the team. Article 54.4(c) requires that ‘whilst a car is stationary in the pit lane as a result of a penalty in accordance with Articles 54.3(a)… it may not be worked on until the car has been stationary for the duration of the penalty’,” a stewards clarification read.

“Although the team did not work on the car for five seconds after jacking the car up, the jacking up of the car itself would be ‘working’ on the car, which is prohibited by 54.4(c).

“Article 54.4(e) gives the stewards the discretion to disqualify a car for failure to comply with Article 54.4(c). However, given that no work was done while the car was jacked up, we considered that disqualification would be too harsh and outcome. We therefore imposed a drive-through penalty.”