The cancellation of the Australian Grand Prix was dramatic and last-minute, given it came just a matter of minutes before FP1 was scheduled to start in Melbourne. But in many ways, the postponement of another race a short time later was even more significant.

After years of planning and construction, the Vietnamese Grand Prix was called off just 21 days before cars were set to hit the track at the Hanoi Circuit for the first time. At that point it was aiming for a date later in the season when the global situation hopefully improved, but a lot happened very quickly to mean the race has so far yet to return.

And it’s looking like there’s a chance it never will.

So how did we end up with a brand new circuit sitting in a major city, and be facing the possibility that it will not be used for the purpose it was intended and never see an F1 car complete a single lap?

The answer is a complex one, but unsurprisingly at the heart of it is Covid-19.

There had been talks about a potential grand prix in Vietnam stretching back to Bernie Ecclestone’s time in charge of F1, but it was under Liberty Media’s ownership that the race finally got the green light. 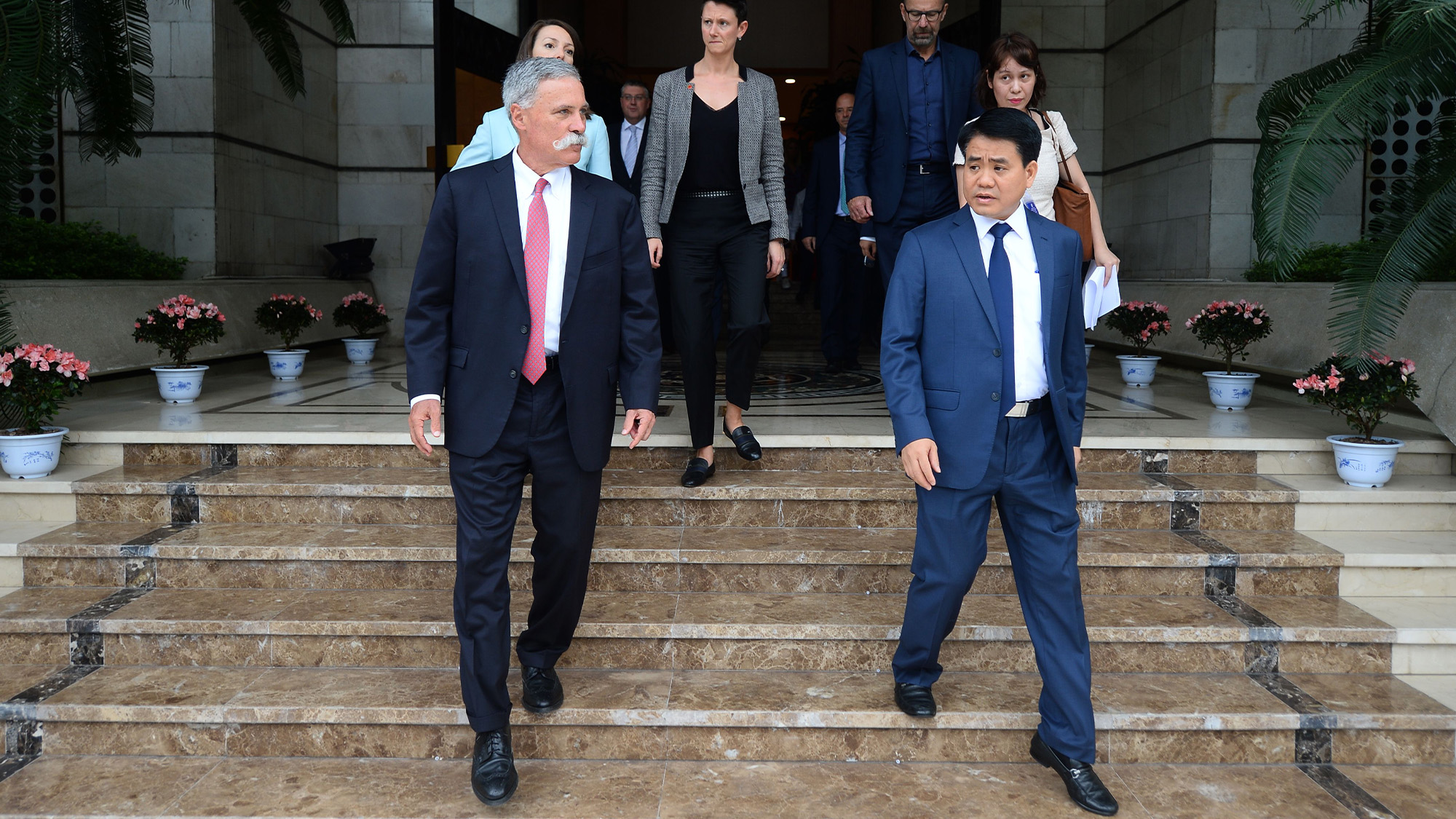 It was championed by the chairman of Hanoi – Nguyen Duc Chung – who wanted to bring the sport to Vietnam. But he was largely a lone warrior, with little in the way of wider government support. In the end a race was approved when the VinGroup conglomerate committed to backing it financially, and work could begin on the venue around the My Dinh National Stadium.

I was lucky enough to visit the site of the circuit back in the summer of 2019, while in Hanoi to help provide training to local media about what they could expect when F1 came to town. The race organisers were aware that knowledge of the sport was limited among their journalists, and why wouldn’t it be?

There had never been a race there before, or a driver or team associated with Vietnam. For a while the closest Formula 1 had come to having an impact on the country was when personnel tacked on holidays after the Malaysian Grand Prix. So the fanbase was extremely small, which was reflected in the lack of media knowledge as they rarely needed to cover the sport from afar. 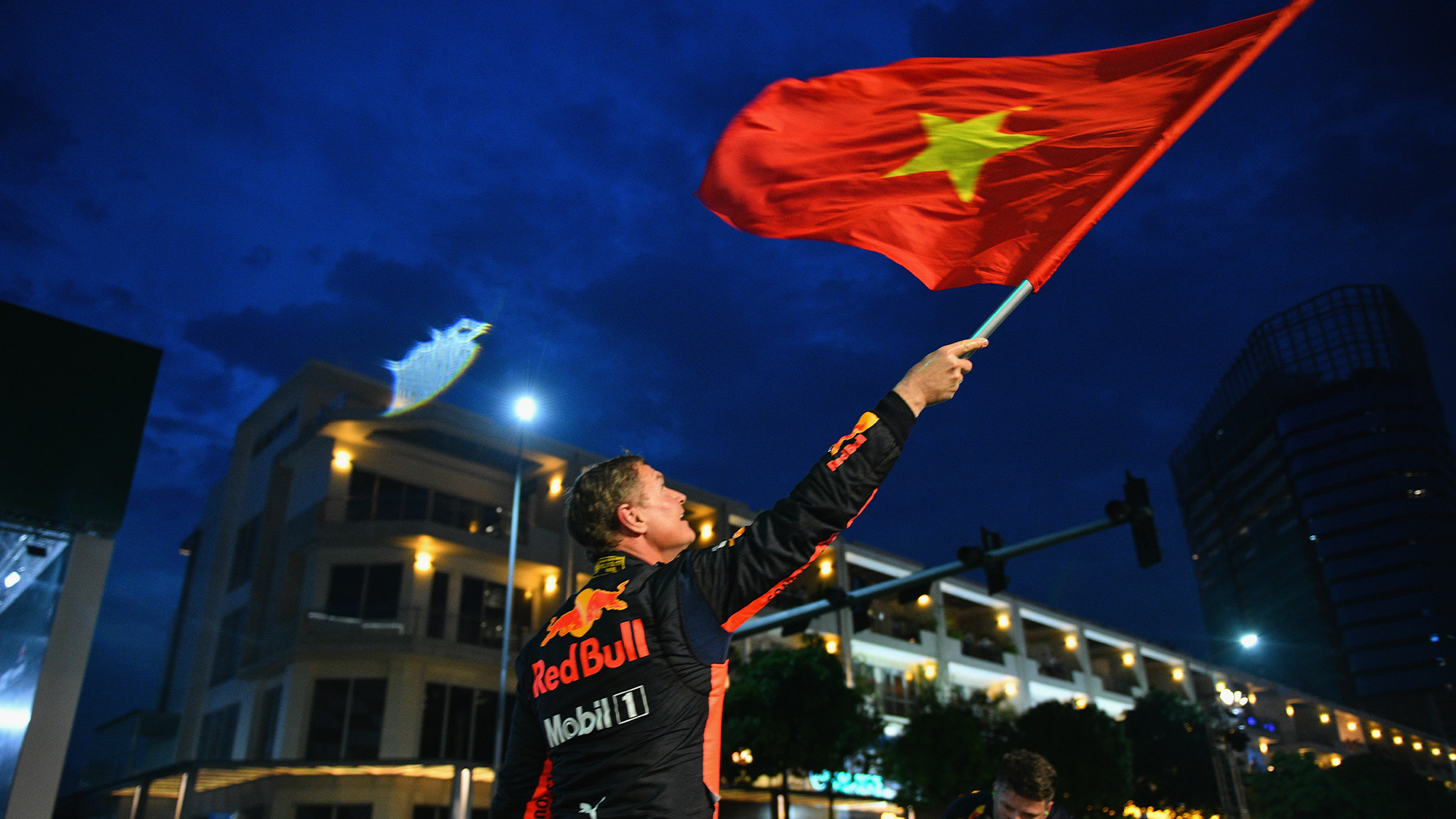 But that started to change when Red Bull carried out two show runs in the years leading up to the debut event, and to the outside world there was no reason to doubt that the full grid would soon be tearing around the Hanoi streets, trying to build that fanbase.

F1 chairman Chase Carey arrived in Melbourne directly from Vietnam to announce the cancellation of 2020’s season-opening race. He had been to Hanoi for talks about the Covid situation ahead of its impending debut on the calendar. By the end of March 13, Vietnam had also been postponed, in a move that turned out to be the beginning of the end of the race, at least for now.

Understandably, there was little interest in hosting an inaugural event without fans. So like a number other grands prix – including the return to Zandvoort – the 2020 race was eventually cancelled. And by the time that announcement was officially made, the political landscape had changed greatly. 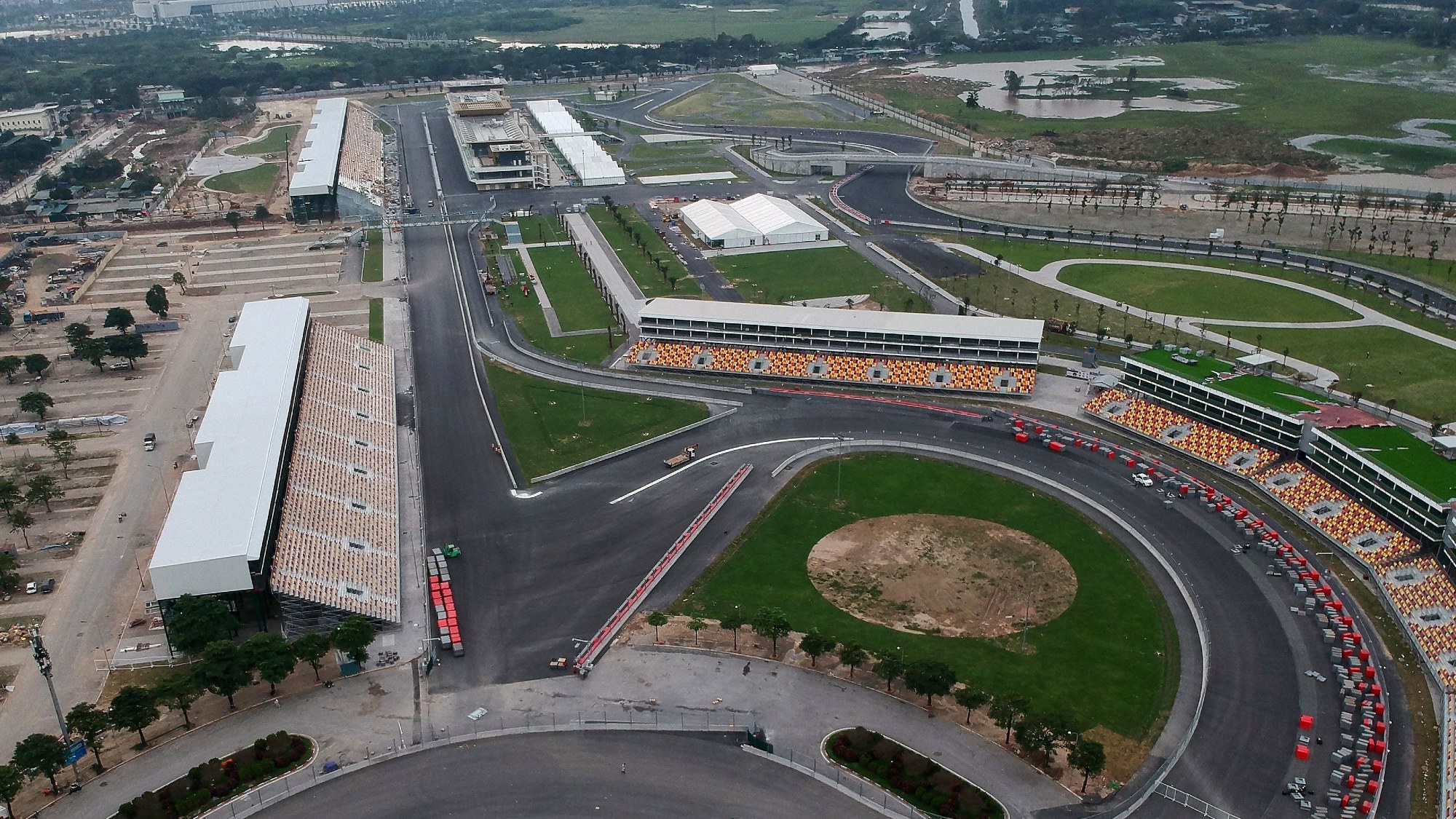 In developments completely separate to the race, Chung had been arrested in late August for masterminding the appropriation of classified documents, ultimately being sentenced to five years in jail. With that, the main driving force behind the event had disappeared, and F1 found there was nobody there to pick up the baton.

Without a history or legacy, there was nobody in a position of power who had the same vision to bring the sport to Hanoi, so the project started to drift. The track was ready – and pretty spectacular, having been worked on extensively by F1’s motorsports group itself – but it was located on previously undeveloped land in an unglamorous part of the city, slightly out of sight and out of mind. Given that a big section of it was to use public roads that had been resurfaced, it had already delivered a benefit without even needing to host a race.

And if it were to go on and host a grand prix, then the track needed maintaining as well as investments made in promoting it for 2021. All of that cost money, and VinGroup had its business hat on looking at where the return would come from.

With the ongoing pandemic, it looked massively unlikely that a large influx of money would come from tourists flocking to Vietnam for the first race anytime soon. While Zandvoort is a new race driven by the huge interest in F1 in the Netherlands, Vietnam doesn’t have that same force behind it. 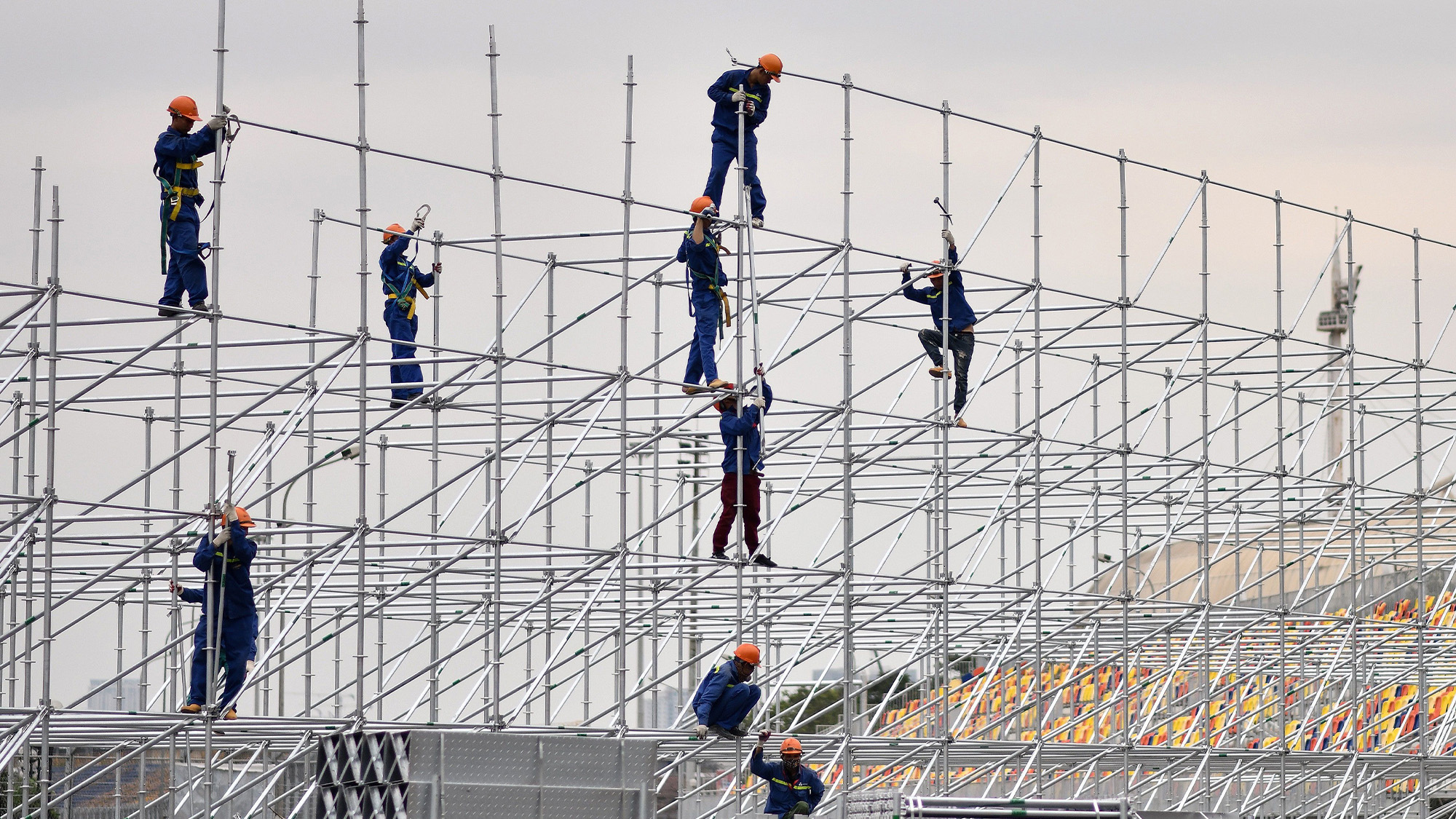 Temporary grandstands under construction in March 2020 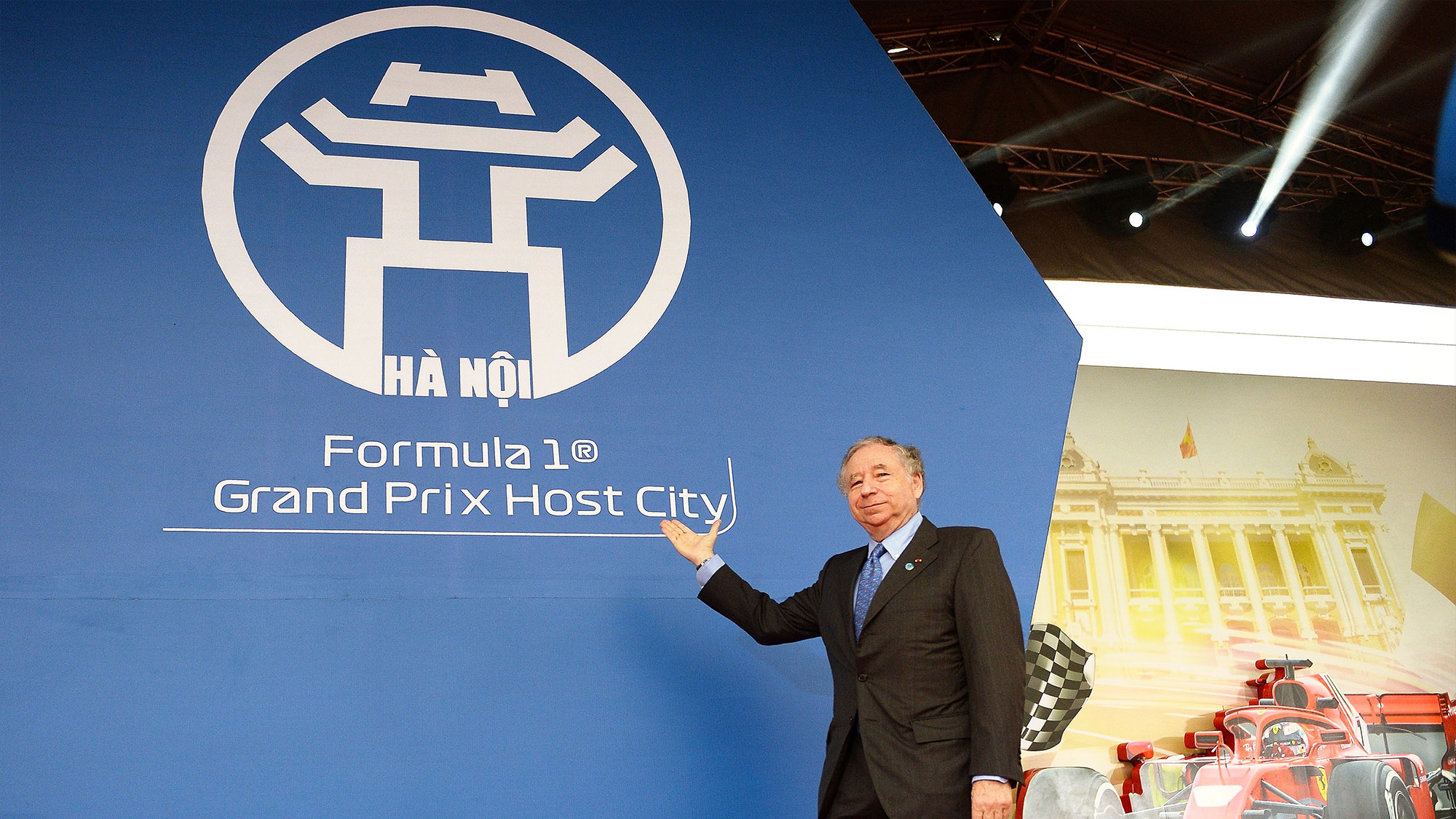 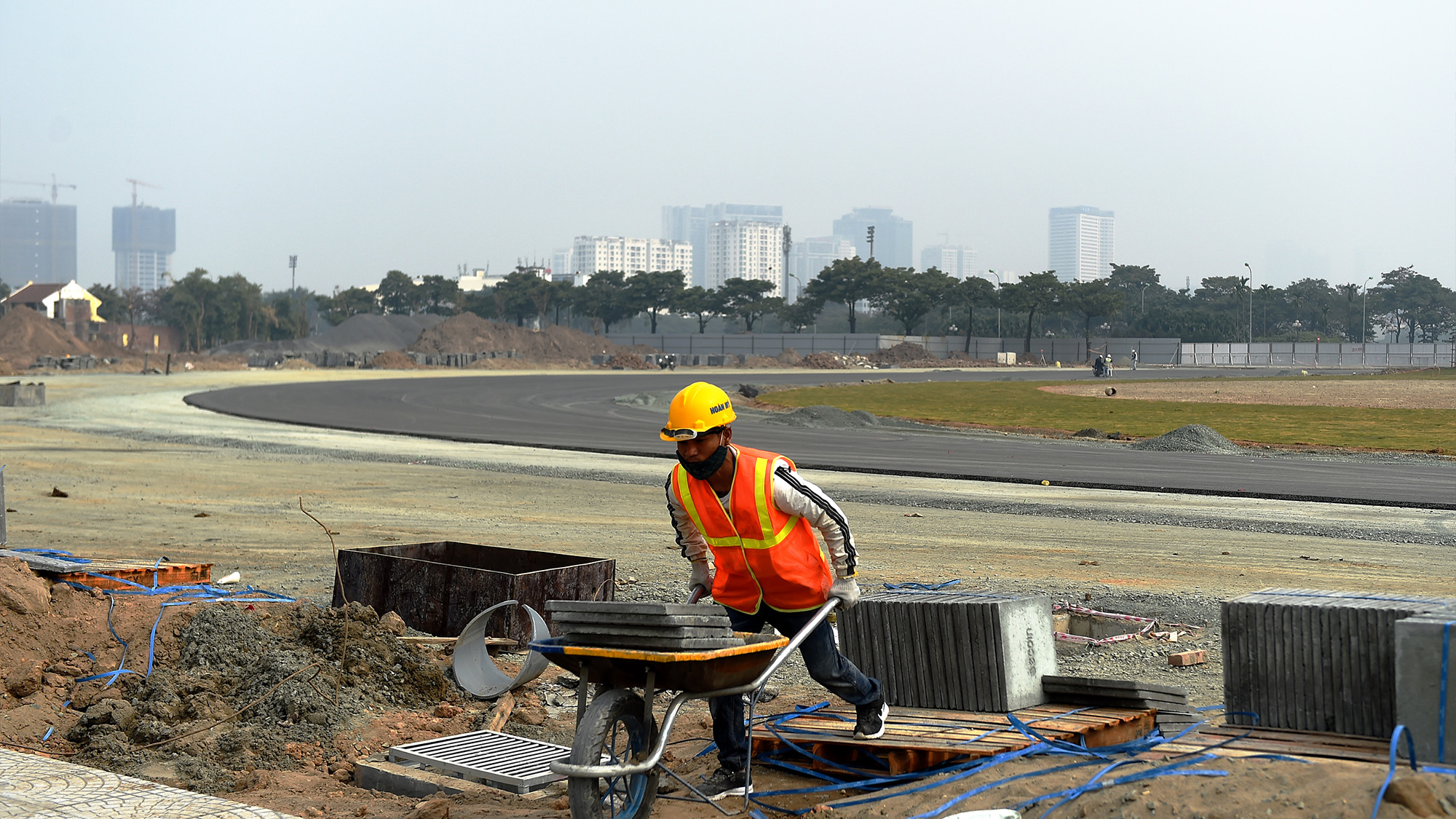 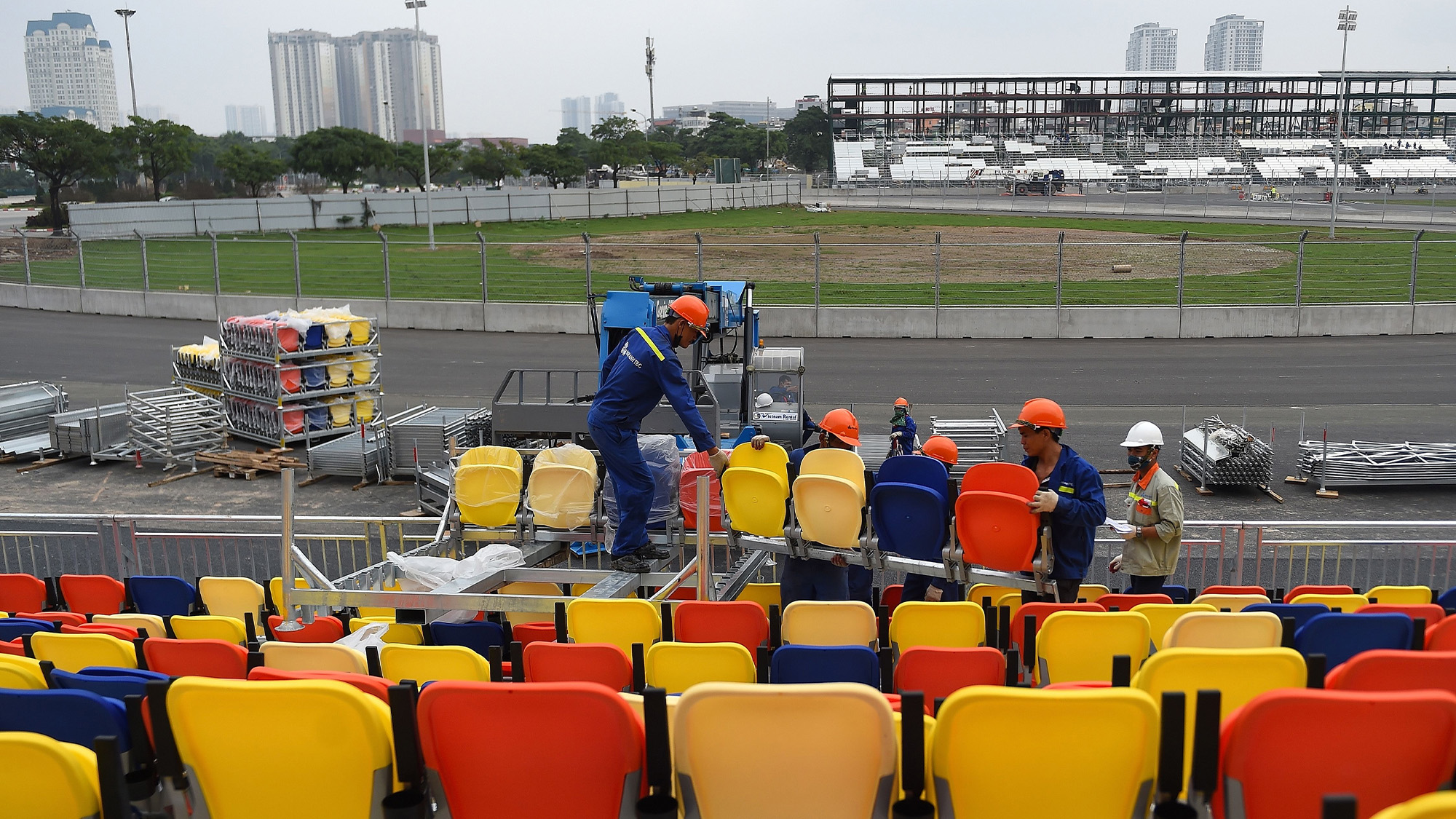 Seats being installed in February 2020, ahead of the Vietnamese GP that was still scheduled for April 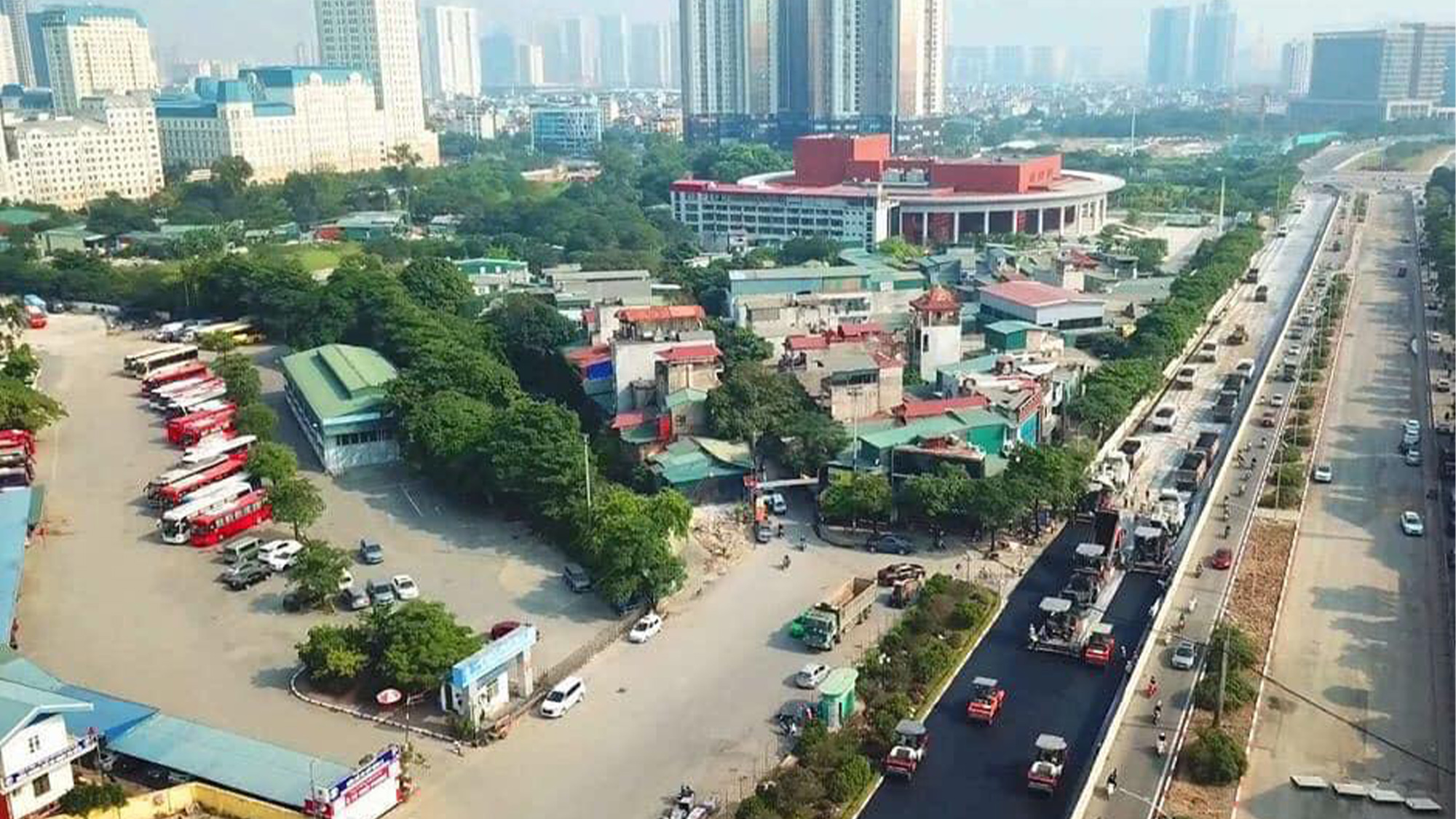 Hanoi circuit brought public road benefits, even though no race was held 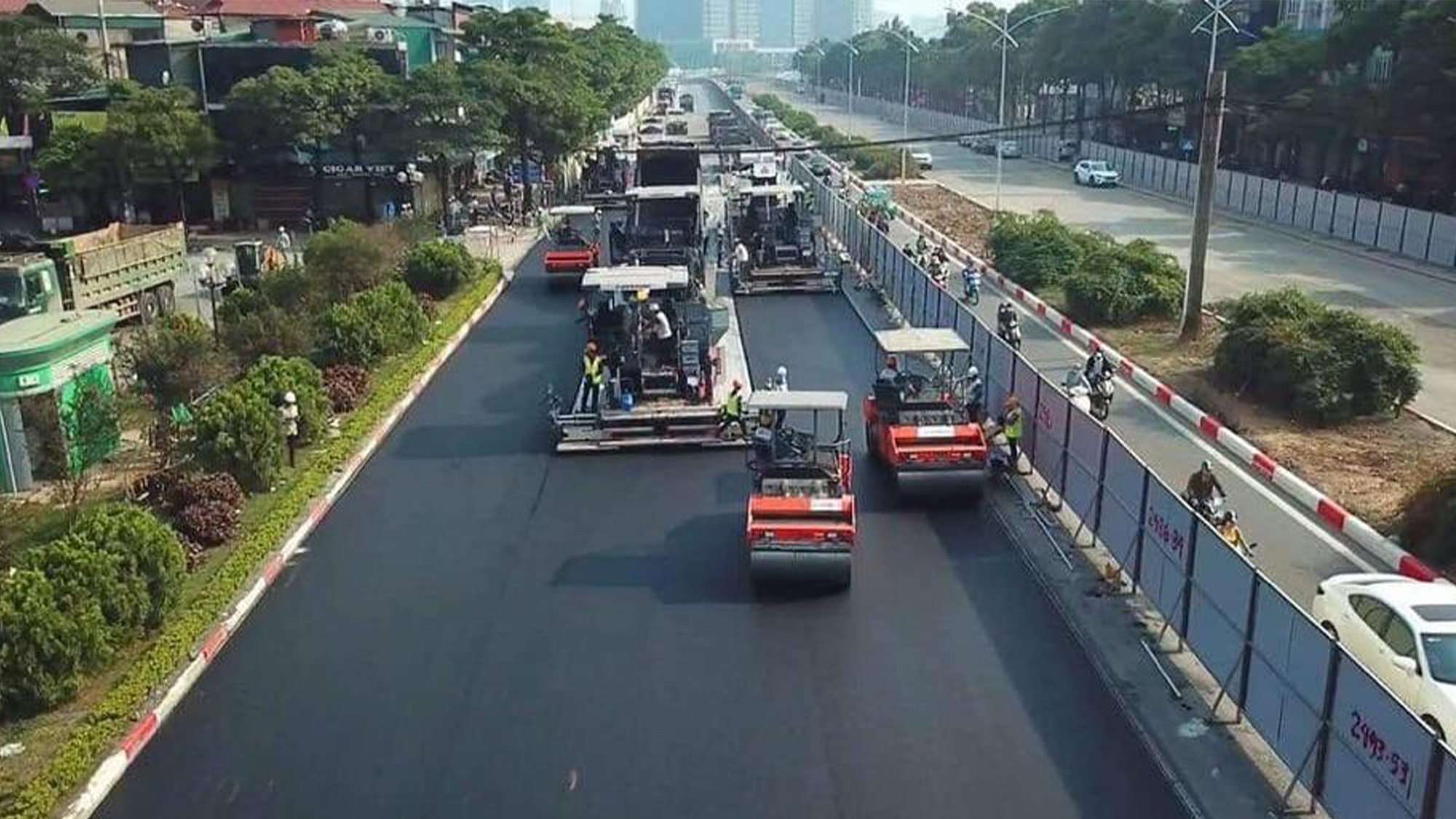 Resurfacing work on the public road sections of the Hanoi circuit 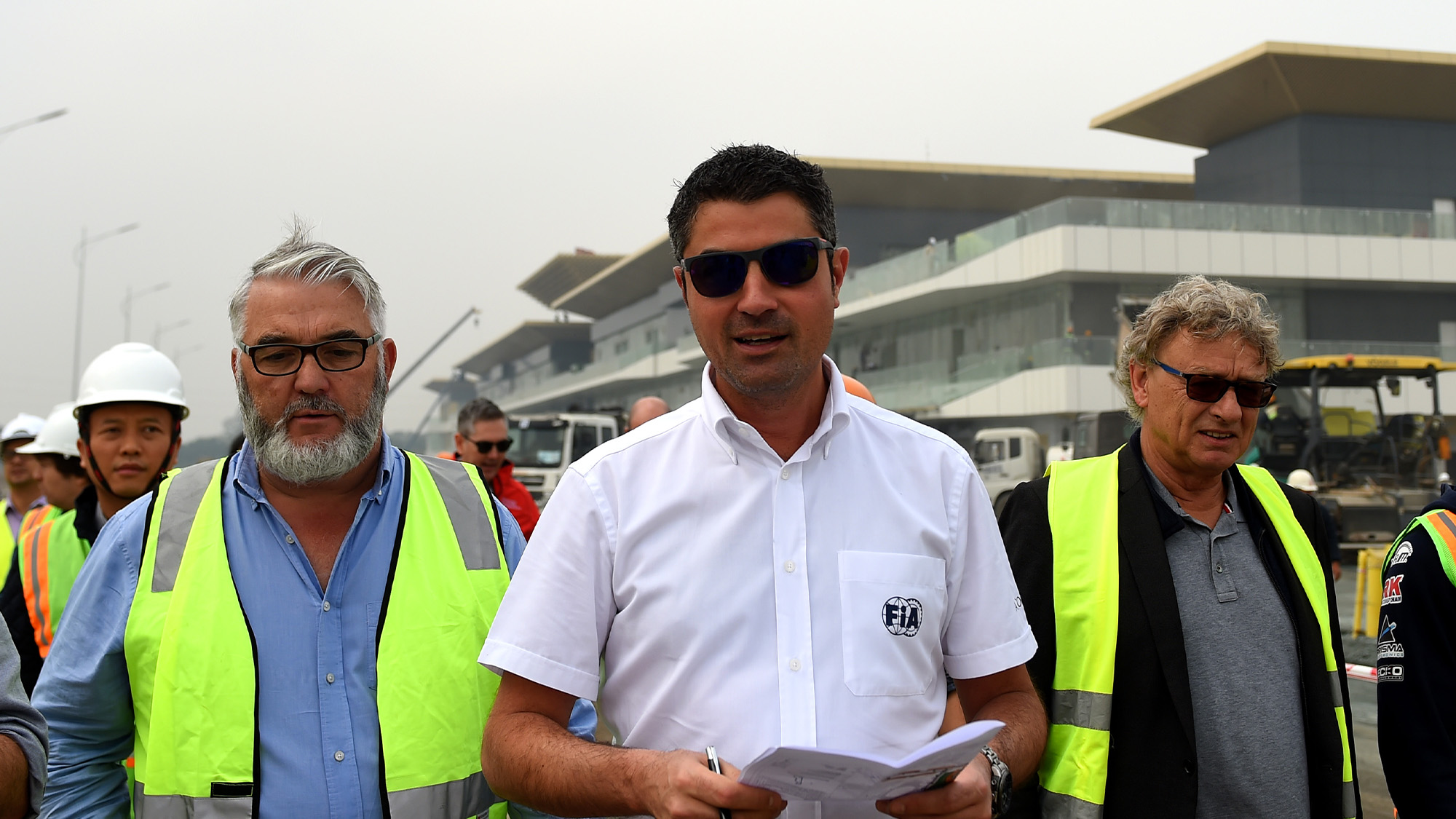 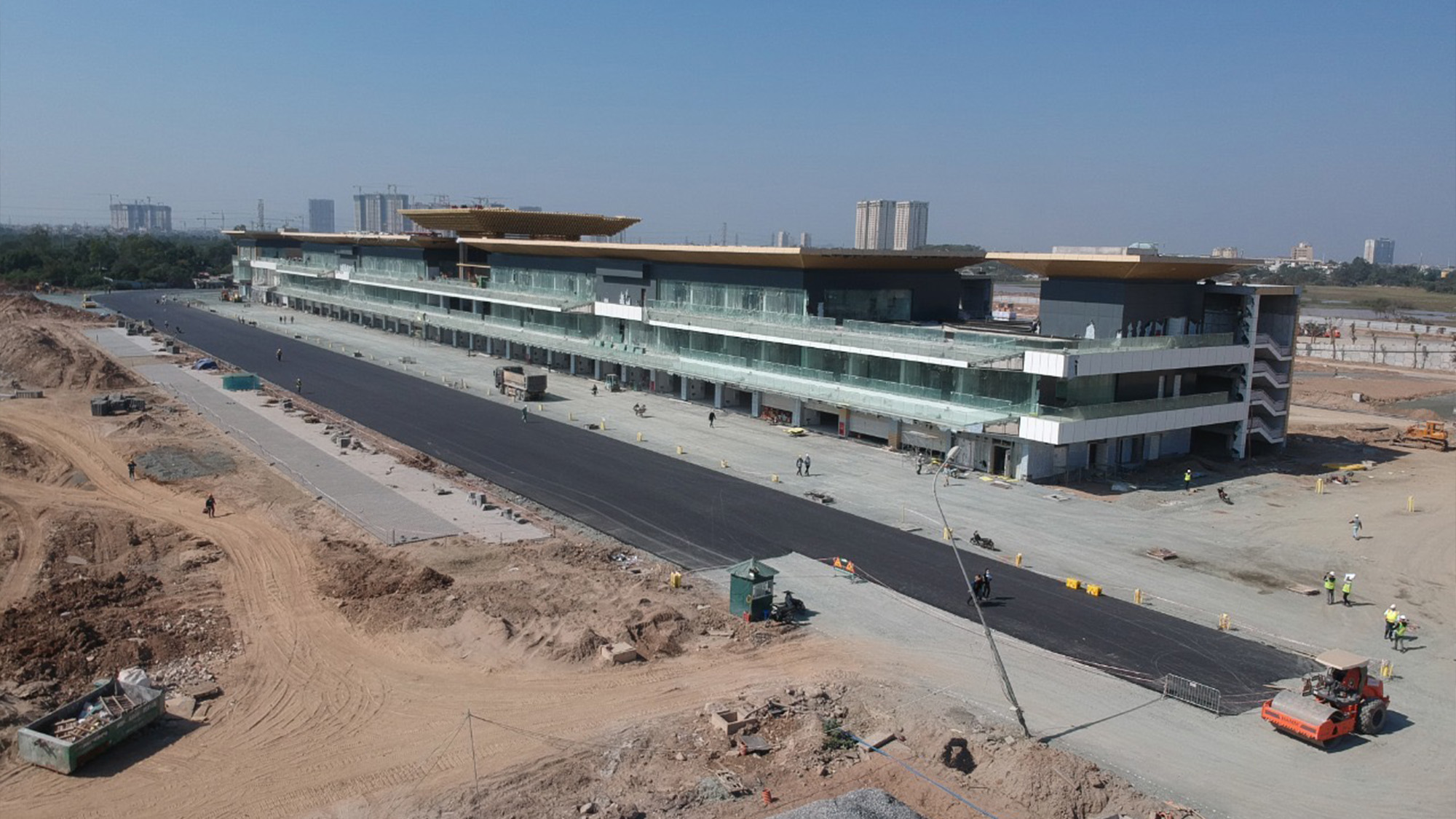 The pit building was complete by the end of 2019

The posters were up in early 2000, ahead of the expected race 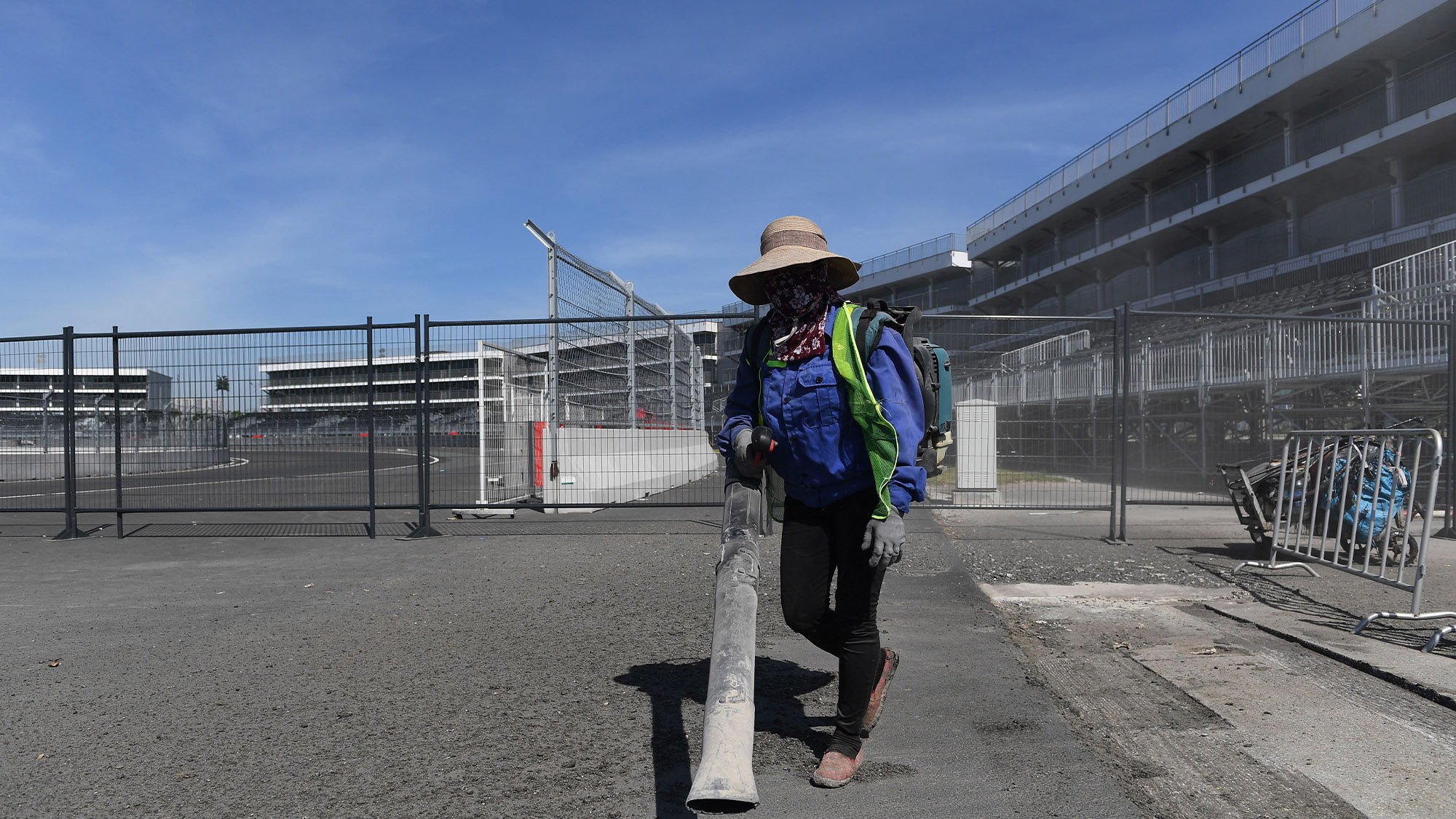 Workers kept the circuit clear during summer 2020, before the Vietnamese GP was officially cancelled 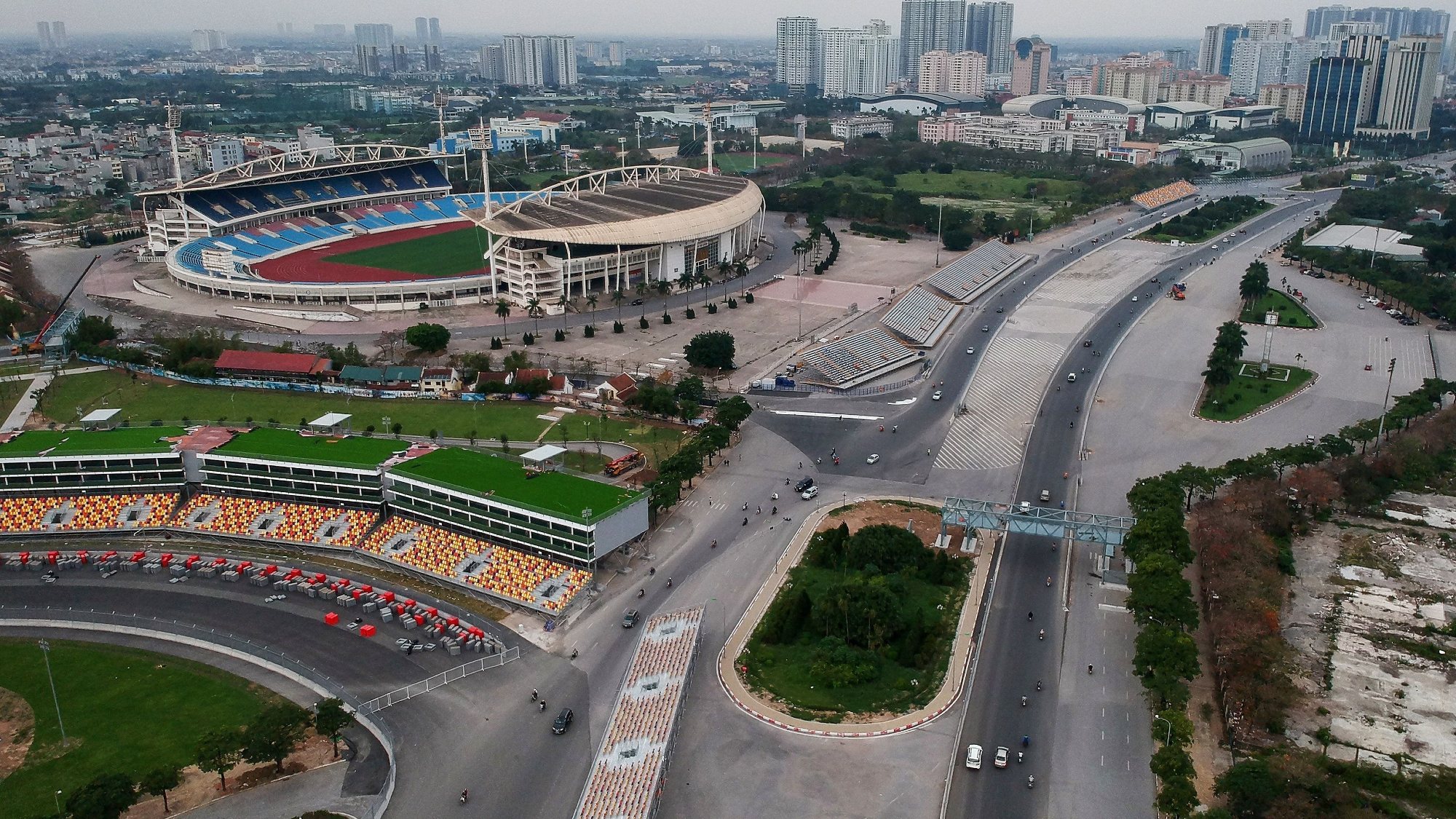 Ready for racing that never arrived

The Hanoi circuit had been changed in early 2020, with a revised pit entry to make multi-stop races more likely 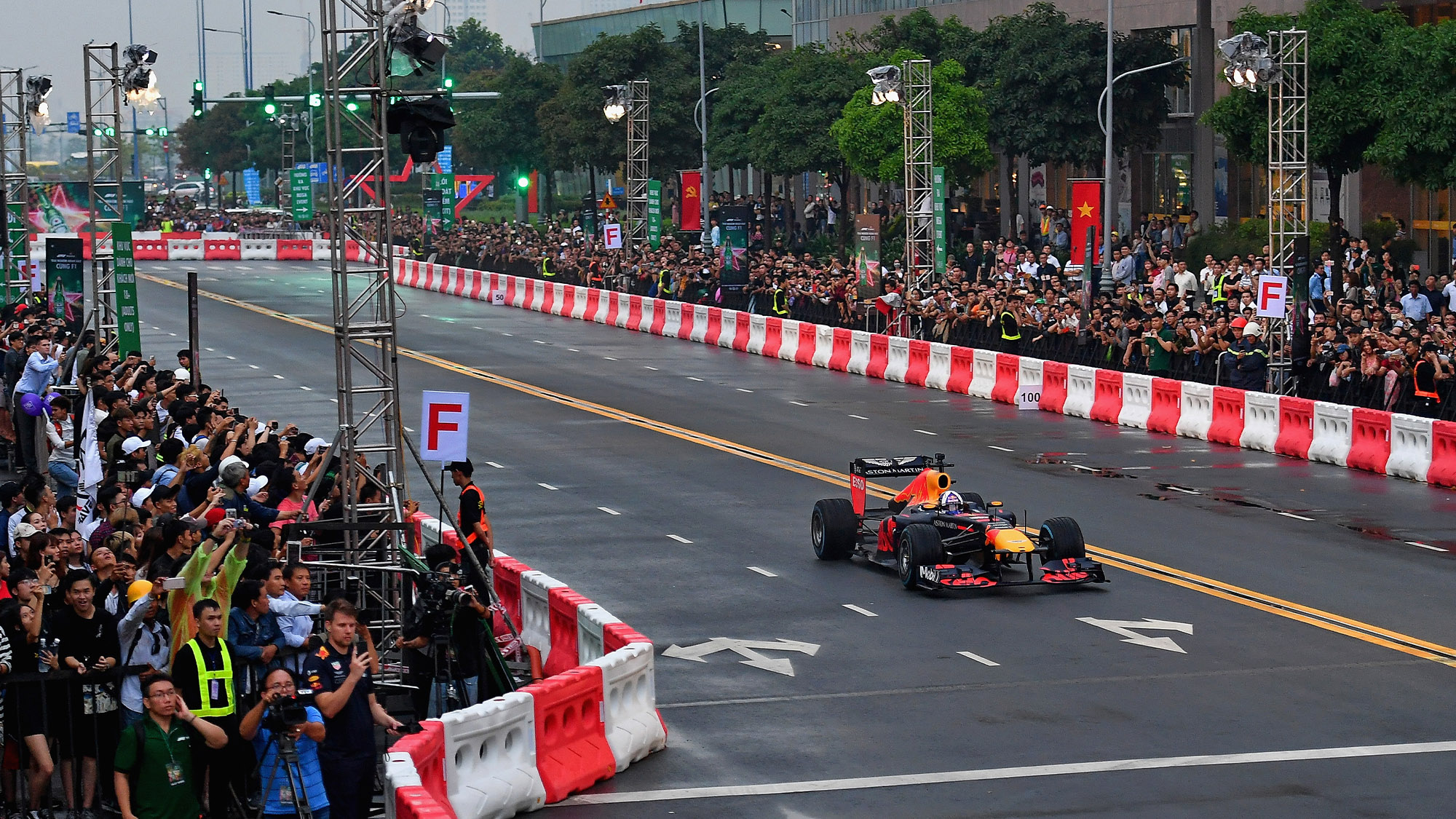 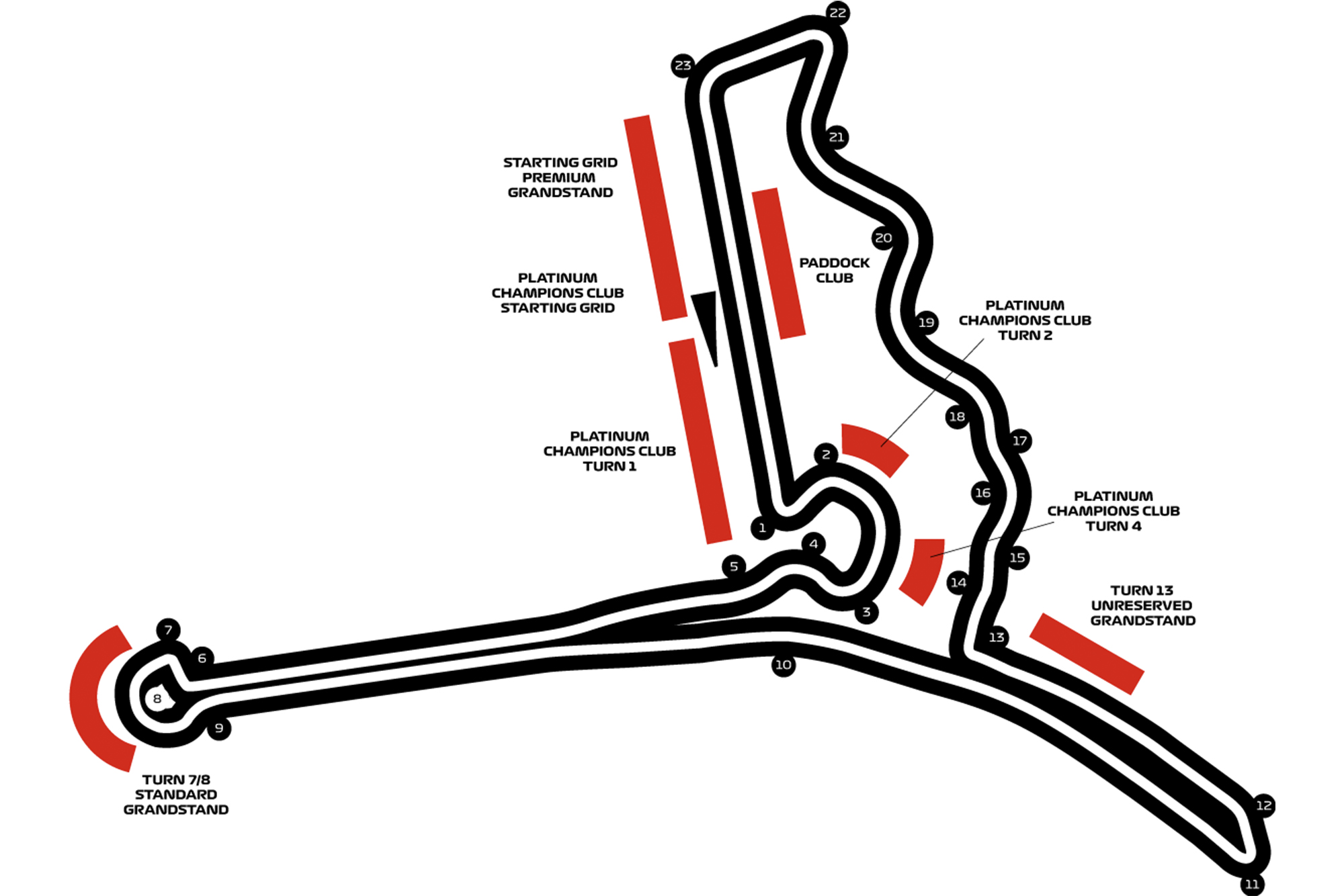 Hanoi's corners were inspired by F1’s most famous circuits

First-race ticket sales will have shown the interest when the world was “normal”, and the organisers could then make a much more accurate assessment of their likely returns. 2021 did not offer any confidence that fans would even be able to attend let alone in serious numbers, so it was ruled out.

And that just allows the project to drift even further. If it was government money that had led to the circuit being built then there would perhaps be more of a need to push ahead with seeing the event come to life, but VinGroup can take a much more clinical view and make a calculation about whether it makes financial sense to be trying to make the race happen right now. While those numbers don’t add up, Covid provides the ideal excuse to step away and cut their losses.

Hanoi’s corners were inspired by F1’s most famous circuits

Without Chung, nobody has stepped into the void to stop that happening, perhaps even wanting to distance themselves from an ambitious project being pushed by the former chairman. Which leaves F1 waiting to see if anybody else eventually comes to the table.

The sport can be patient, because the likes of Saudi Arabia’s arrival to the calendar has been fast-tracked, and we’re already at a record 23 races. Plus venues like Imola, Portimao and the Nürburgring have all seen how they can make business cases to hold a race in the current climate that Hanoi cannot.

Much like the rest of the world, as the Covid situation evolves then there’s a chance Vietnam gets back to the position that made more sense for it a few years ago, but even then someone will need to step up to lead the project. Until then, what should have been F1’s newest paddock looks set to gather dust.