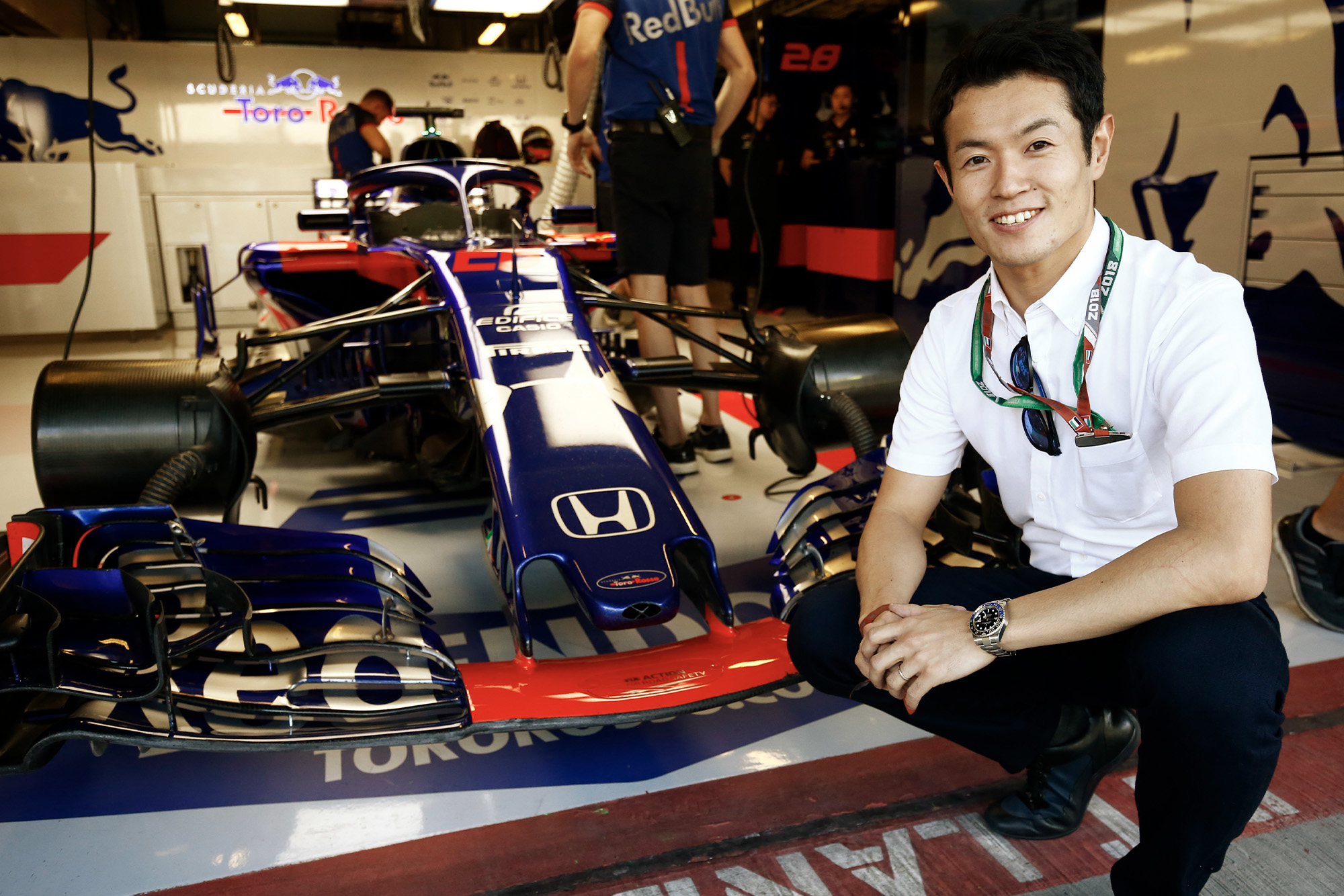 Yamamoto next to the Toro Rosso STR13 Photo: Motorsport Images

Naoki Yamamoto will make his Formula 1 debut at the Japanese Grand Prix, driving for Toro Rosso in the first practice session of the weekend.

The 31-year-old is the reigning Super GT and Super Formula champion and will sample a Formula 1 car for the first time ever at Suzuka, replacing Pierre Gasly in Free Practice One.

Backed by Honda, Yamamoto had long been rumoured to be in line for a free practice outing in Japan with the manufacturer eager to get a home talent in a Honda-powered F1 car.

The Japanese driver has enough superlicence points to drive in F1, with double championship successes last season in both single-seater and GT racing.

Yamamoto said that the chance to drive at Suzuka would make the experience even more memorable.

“First of all, I would like to thank Scuderia Toro Rosso, Red Bull and of course Honda for giving me this great opportunity,” he said.

“I am delighted that I will get to drive a Formula 1 car this weekend, something which has been a dream of mine since I was a kid.

“To get this chance at Suzuka, a very important circuit for all Japanese racing drivers, in front of such a big crowd of Japanese fans, will make the experience even more special.”

Currently leading the Super Formula championship by a single point, Yamamoto added that despite his existing commitments, the time spent with the team at previous races as well as in the Red Bull simulator had put him in a good starting position ahead of the weekend.

“I have prepared as well as possible for this, spending time as part of the Toro Rosso team at several Grand Prix weekends and I have also worked in the Red Bull simulator.

“My main aim in FP1 will be to do a good job for the team, gathering data and information which will be useful for them over the weekend.

“On a personal note, I want to enjoy the experience of driving an F1 car as much as possible and I will be trying my very best to get the most out of it.

“It will be a special moment and I’m glad I will get to share it with the fans at this amazing race track, where I first watched Formula 1 cars in action 27 years ago.”

Toro Rosso team principal Franz Tost said that the team was getting a hugely experienced driver in Yamamoto.

“We are very pleased to have a Japanese driver here in Suzuka driving our STR Honda, and we are sure that Naoki san will enjoy the laps in FP1 on one of the greatest race tracks in the world.

“He is a talented driver, being the reigning champion in Japan’s two most important race series, and he also knows the Suzuka circuit very well.”