Nico Rosberg has retired with immediate effect, just a few days after clinching the world title for the first time. In his touching retirement announcement he called that achievement his mountain and now it was conquered it was time to step down. It’s an admirable attitude that tells of the same inner security that played such a significant part in his winning of the championship, 11-years into his F1 career.

At 31 years old, a married father, his achievement came at the perfect time for him to be able to move onwards to the next stage of his life with barely a backwards glance. A less well-balanced, more intense, man would find it much more difficult to walk away from F1’s best drive.

Rosberg is a very normal, well-balanced guy, totally at ease in his skin, seeing not the trappings of fame but the traps.

So, standing in the immigration queue in Houston as we were on our way to Austin, I watched as he happily chatted to fans who approached him for selfies. Their snap taken, most of them would be embarrassed, not wanting to impose on him any further – even as he was engaging them in casual conversation, delaying their withdrawal. ‘Look, I’m just normal,’ he was almost explicitly saying.

That normality has sometimes worked against him as a racing driver – especially in the machinations between the team and the mercurial Lewis Hamilton. Being unreasonable is sometimes what allows a competitor to prevail – and Rosberg has always been a very reasonable, rational person. That adrenaline-fuelled, ego-driven instant competitive response seen in many of the top sportsmen in times of maximum stress, has never really been apparent with Nico. Which probably makes him a better-balanced human being, but has worked against him when up against Hamilton in the same team.

“That’s out of order,” said Nico in Bahrain 2014 when Hamilton closed the door very firmly, running him out of road on the outside of turn four there. Well, it may have been by any normal standards. But by those of a team-mate fighting you for the world title? No, it wasn’t. And it escalated from there, and the more it did so – Hungary that year, then Spa – the more it left Nico out on a limb, struggling to react not like a normal person but as a ruthlessly competitive animal. Trying to act in the team’s best interests and finding himself not backed up by the team when the decisive moments came. He was a chastened, less feisty performer for the rest of 2014 after Spa and into ’15. It was only really when Hamilton banged wheels with him in turn one at Austin last year that he really seemed to come out fighting. 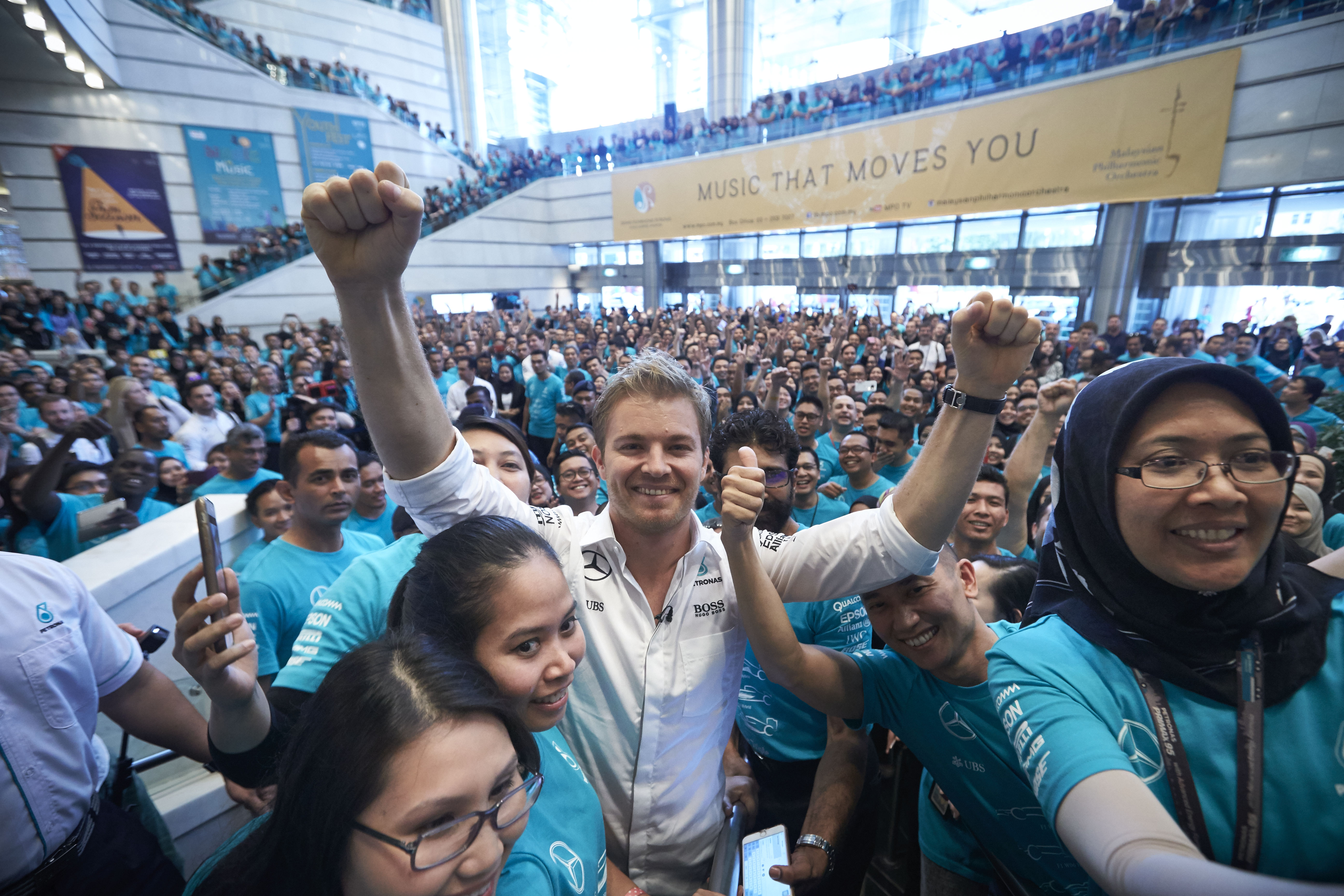 There was a lot going on in those last few races of 2015 to muddy the competitive waters – the reconfiguration of the car in light of the new Pirelli directives on pressures and cambers, Hamilton’s post-title celebrations, official and unofficial – but Rosberg’s belligerent response to Austin was probably a factor in his soundly beating his team-mate in the last few races. He carried the attitude into this season, though it took until Barcelona for he and Hamilton to get wheel-to-wheel enough for it to become apparent. He had the crash he was always going to need to have to prevent Hamilton’s bullying from prevailing. It may have earned him censure from the team, but, critically, he was mentally ready for that this time. He’d become tougher all-round. A few races later, in Austria, it happened again. No surrender. He’d drawn the line twice. He’d be prepared to draw it again. It never came to that, of course, and Hamilton’s Sepang engine blow-up ensured Nico no longer needed to actually race him; he could simply out-point him by following him.

Then the controversial finale, Hamilton backing him up into the Ferraris and Red Bulls, Nico keeping control of his emotions, doing exactly the right thing. Maybe the prospect of doing it all over again, at such intensity, was just too much. Maybe just that picture versus the picture of happy days on the beach, with wife and young daughter and with financial security already his, was just too easy a choice. For such a reasonable man.

So Rosberg joins the company of Mike Hawthorn, Jackie Stewart and Alain Prost as drivers who have retired immediately after securing a world title. Nigel Mansell left F1 after winning his title in ’92, but that was to race Indycars.

More to the point, what does Mercedes do now? Of its two junior drivers in F1, Esteban Ocon is already placed with Force India while Pascal Wehrlein is surely not ready to be paired with Hamilton – despite his own self-confident assessment that he’d go up against anyone. In the pressure of a high-profile championship-contending team, with an unpredictable and devastatingly fast team-mate, Wehrlein would risk damaging his career before it had barely started and Toto Wolff knows this. They are quite similar personalities actually – just one more reason not to pair them. 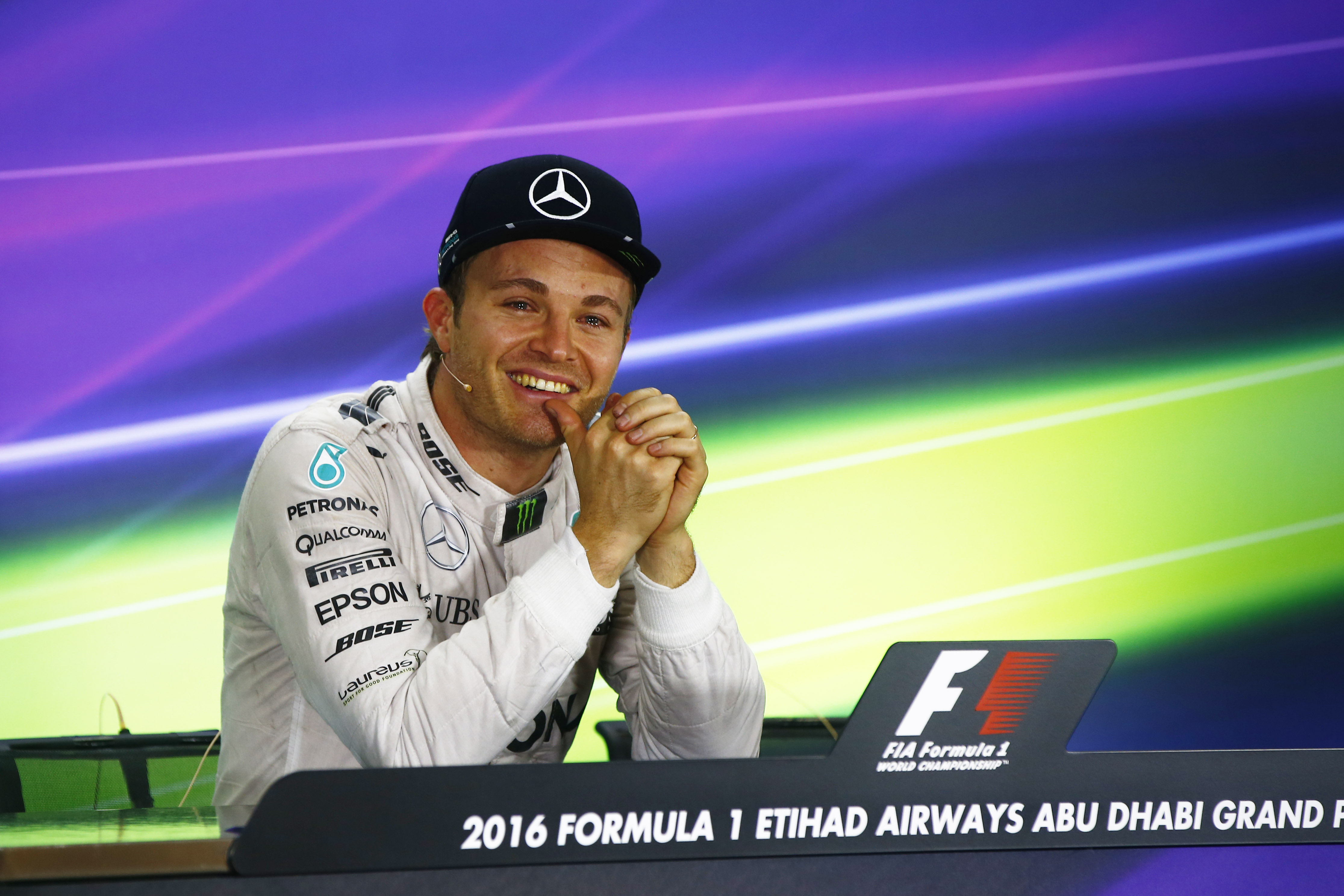 The popular vote would be for Fernando Alonso to join, of course. What more thrilling prospect could there be than re-pairing this electrifying duo 10 years on from their astonishing season as McLaren team-mates? They each rate the other as their special rival. But Alonso is contracted to McLaren-Honda for another year. Is there a get-out Mercedes clause? Ron Dennis said there was not… Whether there is or not, Alonso is another driver that Wolff has said privately he would not pair with Hamilton. Too disruptive for the team, two unreasonable men fighting it out. That’s not to say it won’t happen. It would be irresistible box office if it did – and boy does F1 need some box office at the moment.

But a more likely scenario: Valtteri Bottas (managed by Wolff) is released by Williams after having made an agreement with Mercedes which supplies, in exchange, Wehrlein with perhaps also some accompanying deal on the engines.