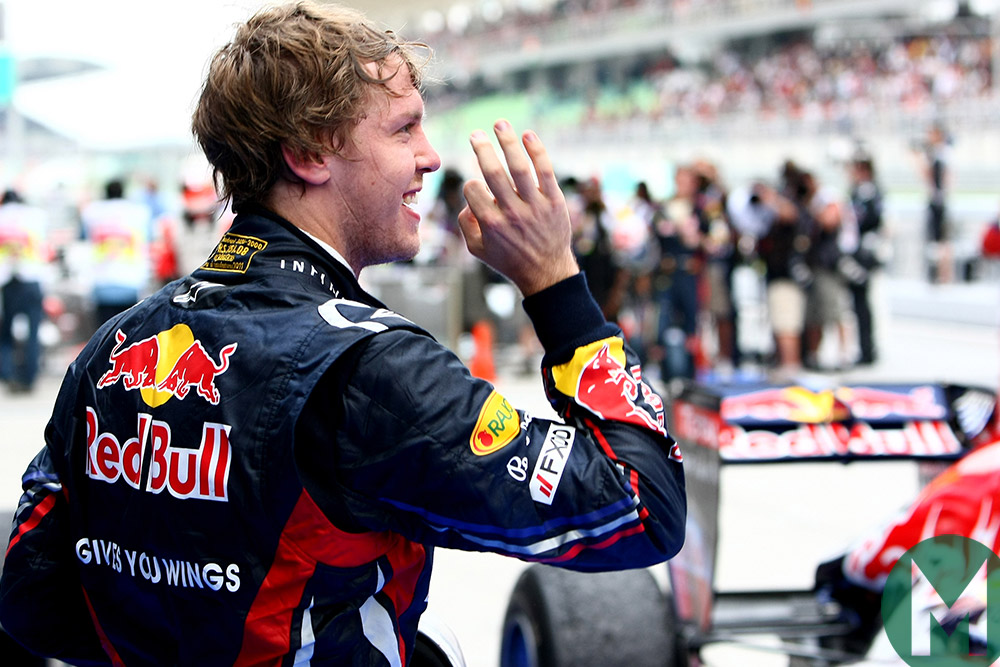 You have to be going some for the sport of darts, which until recently featured players wreathed in fag smoke while supping from a pint jar between goes at the oche, to make you look old fashioned, but Formula 1 seems to briefly have managed it.

Grid girls are no more, in darts or F1, with F1 coming home beaten into second – by the gentleman’s club of darts.

In case you missed it, this long-running saga over grid girls appears to have divided opinion among race fans almost as deeply as halos/driver safety. The sport itself has been umm-ing and ahh-ing about the merits of having scantily clad women in high heels stalking the pitlane as if they have got lost on the way to the Presidents Club dinner for some years. But a decision on whether they are an integral part of the sport or an anachronistic throwback (hint: it’s the second one) took an age to be made.

So long, in fact, that the more decisive darts seems to have mulled it over between pints and banned them while Formula 1 built up some Dutch courage.

It is true that recently F1 appeared to be on the verge of grasping the nettle when Ross Brawn, the managing director of motor sport, said before Christmas that he would be placing grid girls “under strong review”. But in terms of threats to take seriously, it seemed right up there with Paddington Bear’s “very hard stare” and the smart money appeared to be on the grid girls still being present come March 25 in Melbourne.

The renewed debate and its subsiding would have been just another day at the races were it not for the fact that last week, the Professional Darts Corporation (PDC), which is the governing body of the sport, announced that it would no longer be using so-called walk on girls. For those readers who don’t know what walk on girls are, they are like grid girls.

Walk on girls have been part of the fabric of darts for around 20 years but following accusations of sexism the PDC decided to act and announced that the girls had walked on for the last time, starting at last weekend’s Masters in Milton Keynes.

Cue much anguish among some oche lovers: a petition to keep them has gained more than 35,000 signatures at the time of writing, while a former world champion called Raymond van Barneveld (not Barnfind) tweeted: “I will really miss the girls!! For me they are a part of the darts.”

The Sun newspaper, never one to shirk a battle to defend the right of women to be leered over, joined the fray accusing those who opposed the girls as being snowflakes. Others, however, applauded a sensible, decent and progressive decision; the Women’s Sport Trust said the sport is “moving with the times.”

It would be nice to think that the PDC had shown a backbone so obviously lacking in Formula 1, and it may well have done. But it seems it was actually pressure from broadcasters that finally made it “move with the times”. In a statement, the PDC acknowledges that: “We regularly review all aspects of our events and this move has been made following feedback from our host broadcasters.” We contacted both Channel 4 and Sky, which currently hold the TV rights to F1 races and asked whether they were behind the ban of grid girls in F1. Both refused to comment. 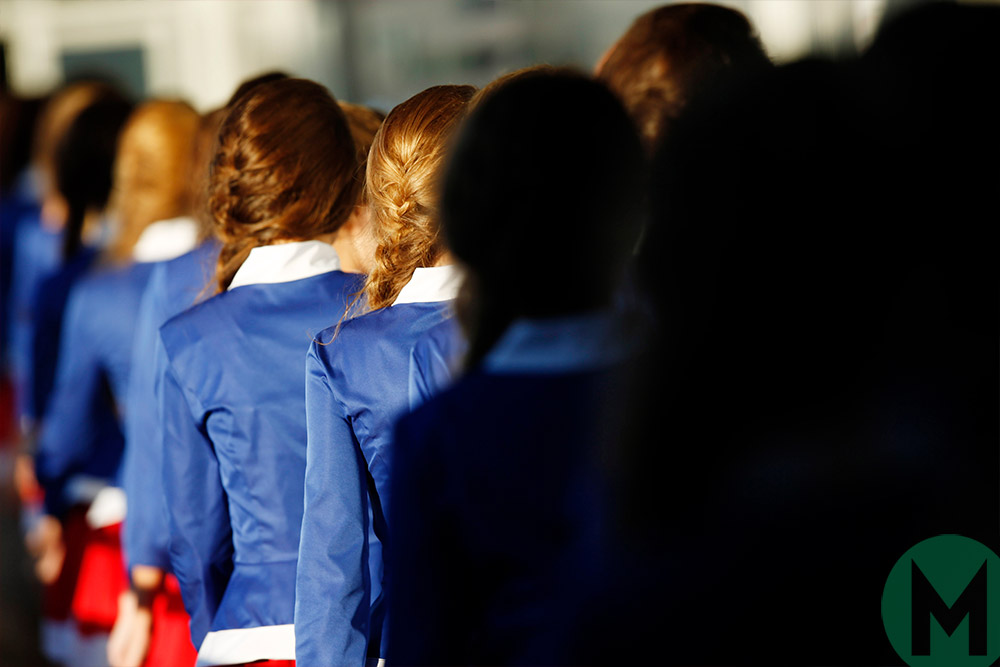 But, as darts proves, TV companies didn’t think TV audiences (i.e. broader society rather than darts devotees) wanted to see walk on girls. A fact that reveals a deeper truth about the use of underdressed women to promote a sport: what may once have been OK for those in the club now gives off the wrong signal to a broader audience. What may once have imbued a sport or activity with a much-needed shot of sexiness, now merely looks seedy. And what may once have attracted people to a sport may now in fact put them off.

Darts knows a thing or two about the importance of the image it projects. After a collapse in popularity at the end of the 1980s, the sport split from its then governing body on the basis that it wasn’t doing enough to promote the sport and change its image. It re-emerged in the early ‘90s and signed its first deal with Sky TV as well as other sponsors – branding itself as a family friendly sport that should appeal to both sexes.

Since then it has grown in stature and respectability every year and today even Prince Harry is happy to attend the grand final at Alexandra Palace (the Monaco-esque jewel in darts’ crown, only in north London).

Meanwhile prize money has grown from £64,000 in 1993 to £1.8m last year. Its reach has grown too: according to SMG Insight, a market research firm, darts is not only growing its audience overall, it’s attracting a more diverse following. In the UK, darts’ biggest market, TV viewership for the 2016 PDC World Championship is up 19.2 per cent on 2014, the number of viewers aged between 25-34 was up 3 per cent year-on-year and a third of the audience on Sky over the last four years has been female.

Before we get too carried away, the numbers here are trifling compared to F1, but the direction of travel is striking in its divergence: F1 lost a third of its global audience between 2008 and 2016.

Retiring grid girls is not going to solve the problems of F1, but it is a good start if it wants to start attracting a new generation of fans and clean up its image for the digital generation. The sport may baulk at looking at a supposedly low-rent sport like darts for tips on how to improve its image but it would do well to not be too sniffy, darts has lapped F1, which is now playing catch up.