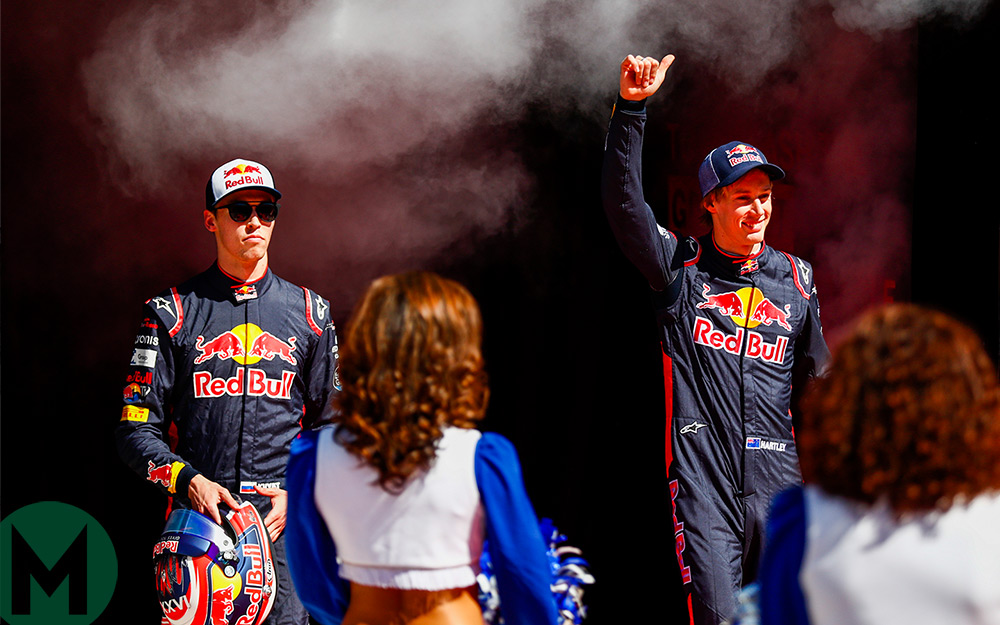 Brendon Hartley’s performance in his Formula 1 debut at Austin has earned him another race opportunity in the car this weekend in Mexico.

On paper, it was a low-key F1 debut. Only 18th fastest in qualifying, 0.8sec off Toro Rosso team-mate Daniil Kvyat and a 13th place finish in the race, three places and 27sec behind. But it needs to be seen in its proper perspective – that of no prior running in the car after years in a very different category of racing – and you need to take a look beneath the surface to see a more representative picture of his potential.

In his race simulation runs on Friday, he was actually slightly quicker than Kvyat. But the ability to instantly attune to the extra grip and performance of a low-fuel, new tyre qualifying lap required a greater understanding than he yet had. “Finding the limit on new tyres, especially through the high-speed sections of this track, is a work in progress,” he said. “But that’s just time in the car. I’m just trying to work through everything progressively and I can feel the progress. Of course, an F1 car’s performance is mind-blowing but I’m not allowing it to be.”

Come qualifying, he admitted, “I didn’t quite nail the session, but I can’t forget that I’ve been thrown in the deep end here.” Jody Egginton, the team’s chief of vehicle performance, observed, “He was making progress every time he went out in terms of taking more from the ultra-soft tyre. He made a step on Saturday morning and a further step in qualifying. Every run he made he was progressing and I think it’s fair to say that had he had just one more run, he’d have made the cut for Q2.” He missed that cut by 0.007sec and whereas everyone else typically improved by around 0.9sec between their first Q1 runs and their second, Hartley found 1.2sec, illustrating Egginton’s point; he was still on a relatively steep and productive part of the learning curve. Had he made Q2, there’s every chance he’d then have eaten into more of that 0.8sec deficit to Kvyat because of that progression.

“It was a shame that his time was limited on Friday morning because of the damp conditions and limited tyre sets,” said Egginton, “as each run was very valuable in making that progress.” The team was highly impressed with his feedback and his adaptation to the changing balance of the car on the long runs – and also by how little fuel he used relative to his pace. The latter is a particularly valuable skill in endurance racing of course and something that his former team-mate Mark Webber confirmed was an outstanding quality of Hartley’s.

Engine penalties meant he started from the back row – and this rather limited his race prospects. The Toro Rosso is not an aero-efficient car and struggles for end-of-straight speeds. Unable to pass, his early laps were spent stuck at the pace of Marcus Ericsson’s Sauber. In an attempt at finding him some clear track space, Toro Rosso brought him in early – on lap eight.

He then had five clear laps on super-soft tyres before Lance Stroll flew by him in the straight but then drove at a pace that was holding Hartley up for the rest of the race. So the only opportunity we have to see his potential race pace was in those five laps (laps 10-14). On each of those respective laps he was the seventh, seventh, sixth, seventh and eighth quickest car on track, an average of 0.64sec faster than Kvyat.

Now, we are not quite comparing like with like. Hartley was on a fresh set of super-softs. Kvyat was on ultras that were 10 laps older. A new ultra was in the order of 1.5sec faster than a new super, but degraded – according to Pirelli – by an extra 0.03sec per lap. So a 10-lap old ultra would have lost 0.3sec of its 1.5sec advantage. In other words, Kvyat would still have retained a tyre advantage over Hartley during those laps – but Hartley was quicker regardless.

To take another comparison, Max Verstappen had started the race on super-softs and was charging through the pack. During those free laps of Hartley’s, he too was in clear air as he chased down the distant Raikkonen. His tyres should therefore have been around 0.3sec slower than those of Hartley’s. Here’s the comparison:

The average difference between them was 0.92sec, albeit with Verstappen on tyres around 0.3sec slower. So, with appropriate adjustment, Hartley was lapping his Toro Rosso around 1.2sec slower than a charging Verstappen in the Red Bull. What is the performance gap between a Red Bull and a Toro Rosso? Probably somewhere around 1sec per lap, maybe slightly less or slightly more. In other words, Hartley was performing at somewhere close to Verstappen’s level during those five laps. A tiny sample, of course, and perhaps signifying little. But it’s all we have at the moment – and it’s been enough to justify Red Bull into looking a little further.

If Hartley can continue his progression in Mexico, we can expect him to be in the seat for the rest of the year – and from there probably into 2018 too. It would be a great feel-good story if it happened that way.