The race to five world titles could end at this weekend’s United States Grand Prix. Here’s how 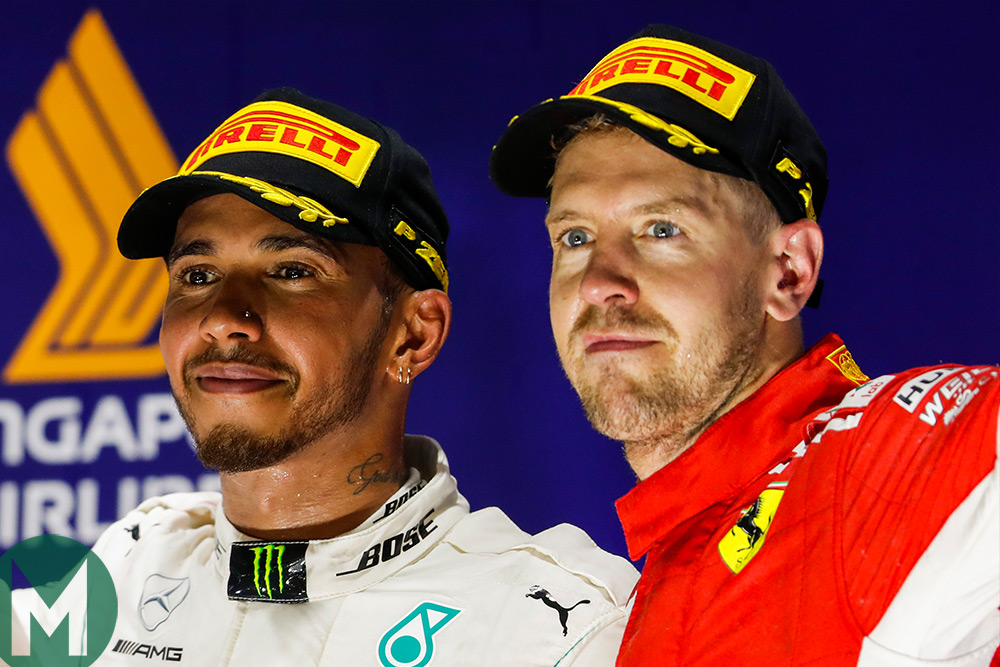 Lewis Hamilton stands on the verge of winning his fifth world championship, heading to a circuit where he has only been beaten once since it arrived on the calendar.

Hamilton has won five of the six Grands Prix at the Circuit of the Americas, including each of the past four.

More pressingly, he’s also won the past four Grands Prix, and six of the last seven. If he can stretch his run to five in a row he’ll all but wrap up the title.

If Ferrari’s Sebastian Vettel can finish inside the top two, though, the title race moves on to Mexico regardless of Hamilton’s result.

But if Hamilton can outscore Vettel by eight points, he’ll be champion.

Therefore, the title will be decided if:

If Vettel fails to finish or finishes is outside of the points, Hamilton can finish sixth and claim the title.

Hamilton vs Sebastian Vettel at COTA