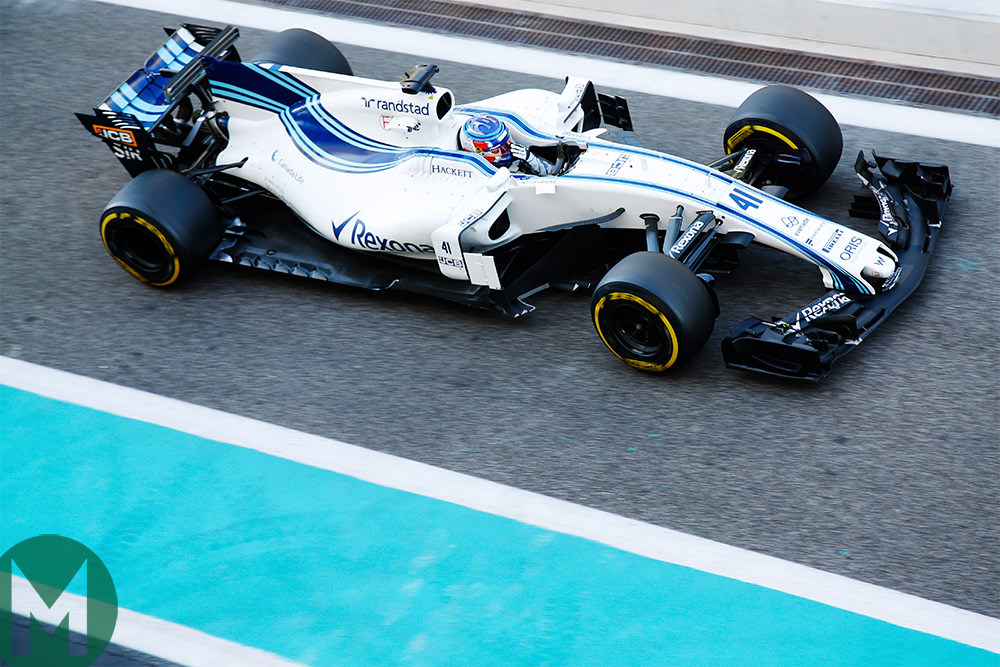 What was potentially a great and emotional sporting comeback has been dashed by the cold, hard facts of time and economics. Time in the sense of the seven years it has taken for Kubica to even be in the remarkable position of driving an F1 car competitively after such a devastating injury, but also time as dictated by the stopwatch.

His performance in the Abu Dhabi test for Williams simply wasn’t resounding enough to overrule the financial considerations, in that the driver with the bigger budget – Sirotkin – was at least as fast.

There’s still a big question mark surrounding exactly what Kubica’s potential pace might be – the tests were far from conclusive – but he went into that test with the full support of the engineering side of Williams, who hoped (and expected) that he would be able to make an overwhelming case for himself on performance alone. He didn’t. Instead, Kubica must make do with a reserve role.

This is not to denigrate Sirotkin. The Russian, a former F2 front-runner, is one of those drivers with a strong technical understanding who methodically builds up his speed as his knowledge deepens. He got a really bad run of luck in his Friday outings with Renault, with mechanical failures and weather-compromised sessions, and he was said to be slightly slower than Kubica when they each tested for Renault at the Hungaroring earlier in the year. But he’s still developing, and his Williams test was felt to be genuinely impressive.

But with sophomore Lance Stroll in the other seat, it does leave a Williams driver line-up lacking in experience. When the team first began to look around at potential Felipe Massa replacements, its dream signing was Fernando Alonso and contact was indeed made. A five-star rated mega driver would give Williams a much fuller and less ambiguous reading on where its strengths and weaknesses were, helping drive it forward at a much more aggressive rate. That was the thinking.

Alonso declined, and it was at that point that the idea of Kubica – a driver absolutely of Alonso’s calibre back on the day, even if he’d never quite got in a position to rubber stamp it – arrived on the radar. He was on the comeback trail and if he was even 95 per cent of the driver he had been, it was Williams’ only remaining way of getting that five-star performance in the cockpit. Yet, it wasn’t guaranteed – and he’s not been able to definitively demonstrate that such a performance is still within him.

Is this the end of the dream? Maybe not – Kubica is quite a remarkable person – who knows what other opportunities could present themselves in time. But for now, a quick young junior driver has been given the chance of a lifetime.