Has it really been that long? Apparently so. Somehow, the Spanish Grand Prix this Sunday will be the 30th to be held at the Circuit de Barcelona-Catalunya, the track situated in industrial Montmeló on the outskirts of one of Europe’s finest cosmopolitan cities. Given the amount of laps drivers and teams have logged in tests there in the past three decades, it’s also become known as the unofficial home of Formula 1.

The circuit was only just finished in time to host its first Spanish Grand Prix on September 29 1991 and indeed still looked like something of a building site when the F1 circus rolled into town. Built as part of a huge development drive for the Barcelona Olympics of 1992, a reasonable crowd of 70,000 turned out for a drizzle-affected race, in a part of Spain where F1 appeared much more popular than it ever was at Jerez, situated in the sherry region in the south, and at Jarama, near Madrid.

They were treated to an incident-filled race that produced one of the great F1 moments, as Nigel Mansell and Ayrton Senna raced wheel to wheel, just inches apart, down the long main straight. Mansell won for Williams, as Senna endured a strange, out-of-sorts race in which he spun on his way to a lacklustre fifth. Briefly, it revived Mansell’s world championship hopes, although they were quickly snuffed out in Japan when he understeered off into the gravel at Suzuka’s first turn, as Senna claimed his third F1 title – while patronising McLaren team-mate Gerhard Berger by gifting him ‘victory’ as they approached the line.

Schumacher’s drive to second place in 1994, despite being stuck in fifth gear is among the most remarkable performances from anyone at any track

The Circuit de Catalunya, as it was known before ‘Barcelona’ was added to its name in this politically combustible region, became part of the F1 furniture in the same year that Magny-Cours first hosted the French GP – although it was obvious which one was more popular. This was an era in which a modern breed of ‘F1-o-dromes’ were built usually on relatively small plots of land, requiring layouts to twist back on themselves via often bland second and third-gear corners. At least the Barcelona track featured a mix of fast bends, long corners and some elevation change – plus a great view of the hills in the south. Despite its industrial valley setting, it’s a picturesque place to watch racing cars.

The Spanish GP moved from its traditional autumn slot to become a spring-time staple in 1992, and its location and layout soon made it a popular testing venue. But the circuit wasn’t exactly loved. After all, this was no Spa or Suzuka – or Montjuïc Park for that matter. Still, the place has hosted its fair share of memorable grands prix through the decades: Schumacher’s drive to second place for Benetton in 1994, despite spending most of the race stuck in fifth gear – still among the most remarkable performances from anyone at any track; his wet-weather masterclass that opened his Ferrari account in ’96; Mika Häkkinen’s last-lap clutch failure in ’01 that handed Schumacher another Spanish GP win; Fernando Alonso sending the partisan 130,000-strong crowd into rapture by becoming the first Spaniard to win his home race in ’06; Pastor Maldonado’s bizarrely brilliant day of days for Williams in ’12; and Max Verstappen’s maiden win on his debut for Red Bull in ’16, after team-mates Nico Rosberg and Lewis Hamilton collided at Turn 4. This track has created some great history. 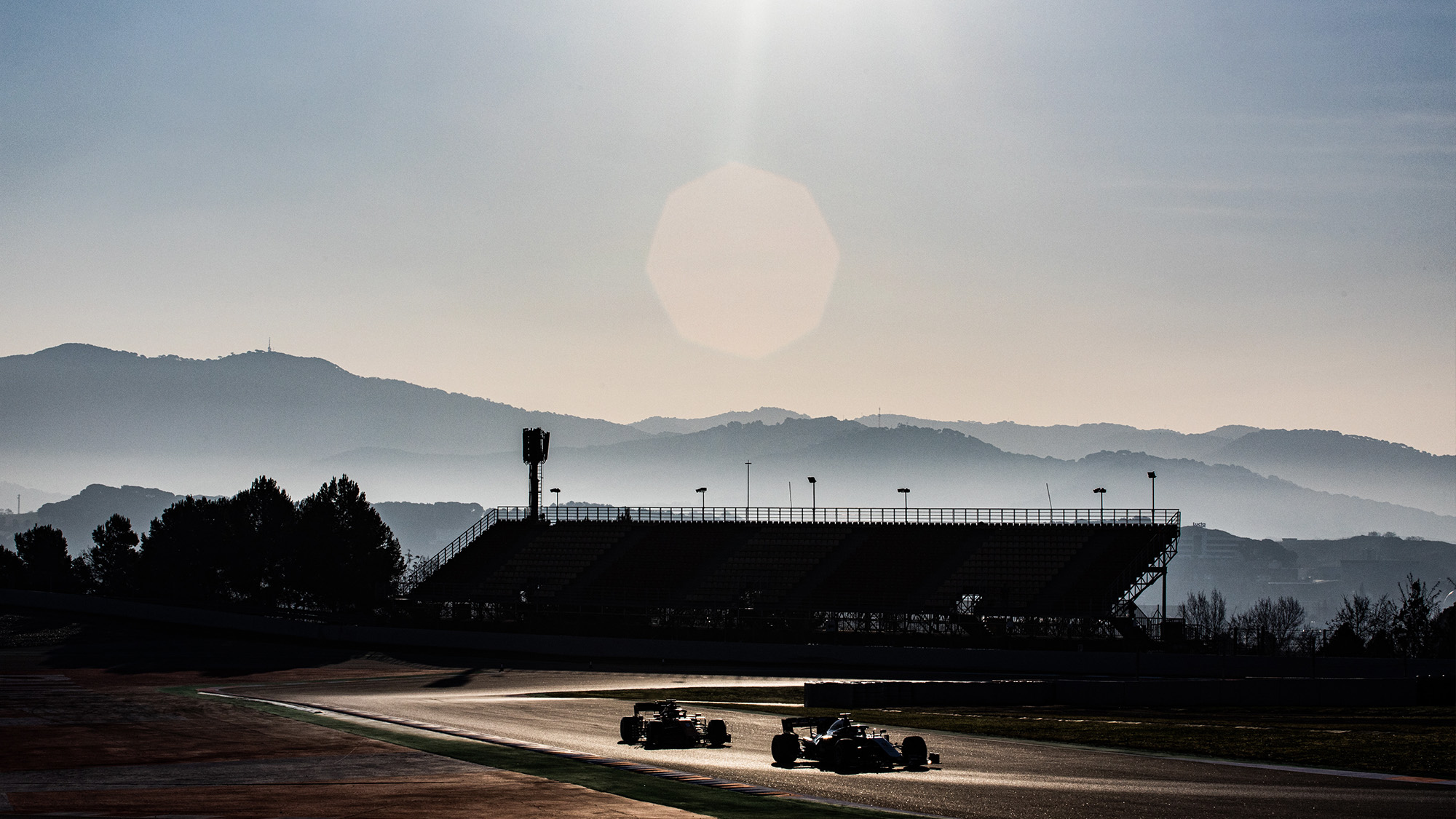 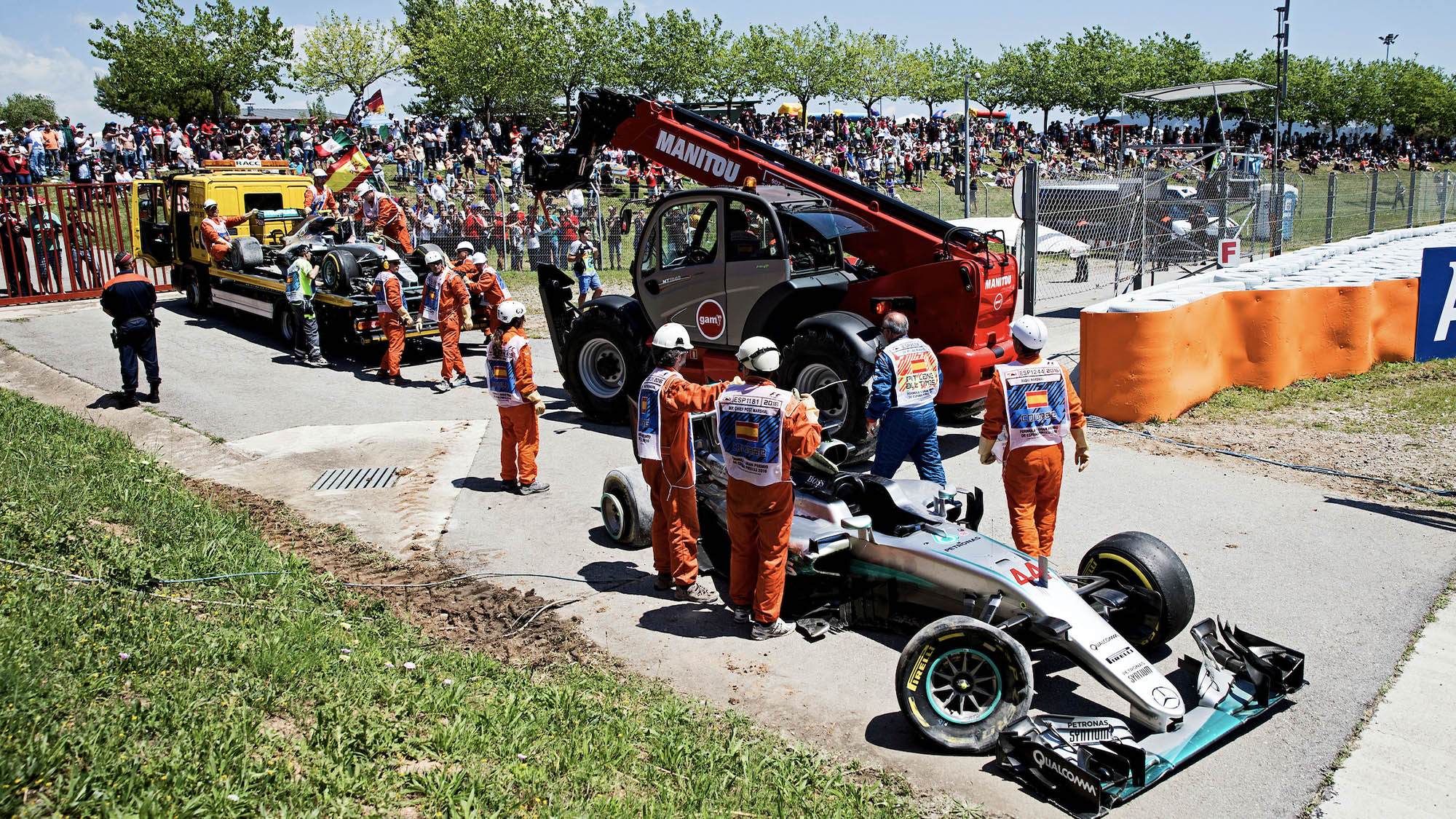 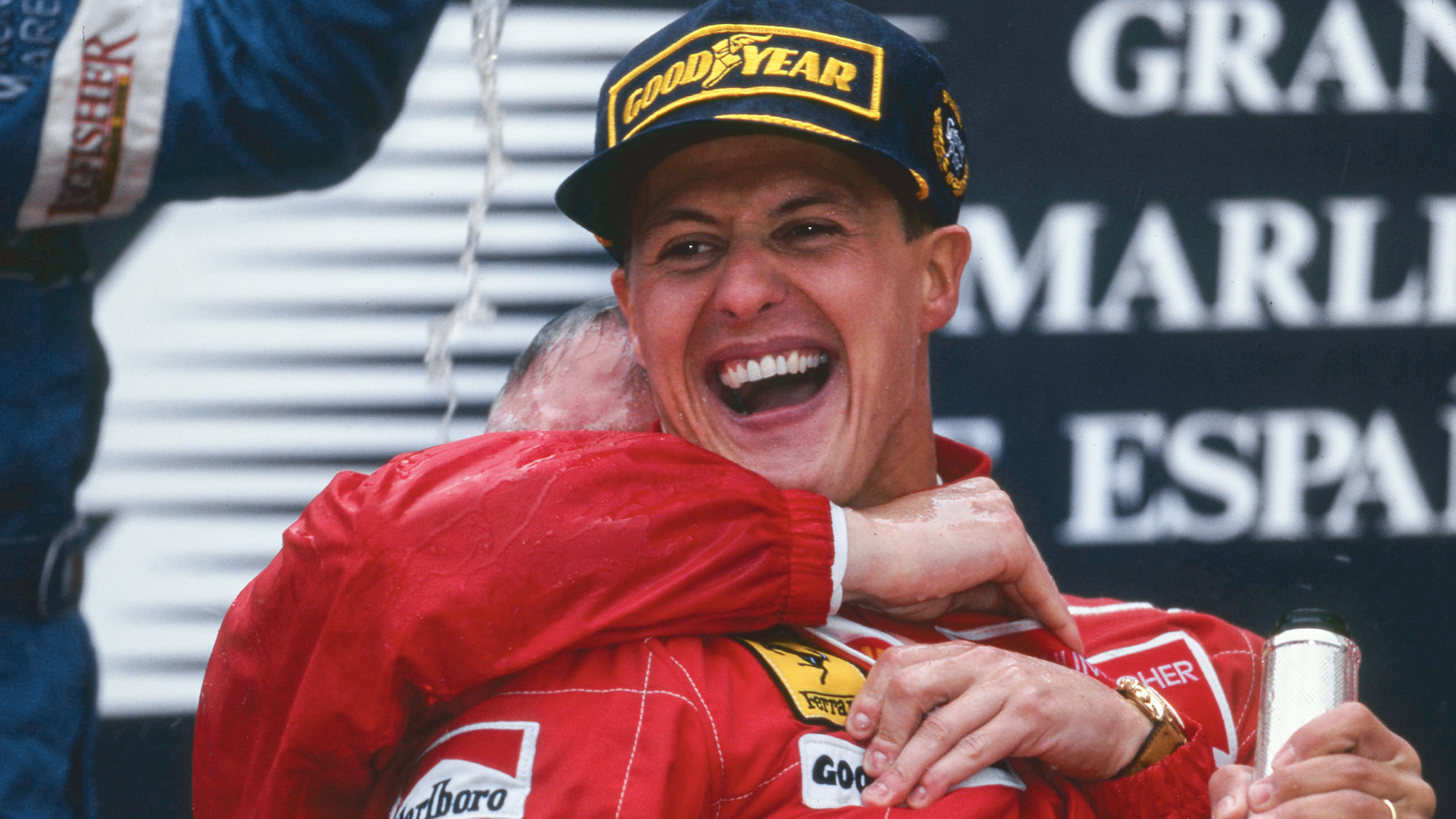 That said, I’ve also watched some fairly prosaic races there – to put it politely. In the couple of seasons I covered Formula 3000 at the turn of the millennium, I can’t recall a single overtaking move, an unfortunate trend that famously characterised the dreadfully dull 1999 grand prix. Modern cars and downforce, eh?

The track’s final right-hand corner didn’t help, even though it was a properly ballsy challenge for drivers who struggled to stay tucked up under rear wings as they catapulted out on to the long straight. The corner induced a signature accident, in which a driver would run wide on the exit, lose the back end, spin across the track and slam into the pitwall. But ex-British Formula 3 champion Mario Haberfeld had an even more alarming crash at the corner in 2000, when he was driving in practice for Fortec in F3000. Ahead of him, Fernando Alonso ran wide and kicked up the dust in his Astromega entry, and Haberfeld spun in the midst of the cloud, leaving Andrea Piccini and Nicolas Minassian unsighted as they ploughed into the side of the Brazilian’s stricken Lola. Piccini’s frontal impact into the side of Haberfeld’s cockpit was particularly violent and Mario’s escape with relatively minor injuries, after it took 20 minutes to cut him from the car, was little short of miraculous.

It took until 2007 for the corner to be neutered by the fiddly chicane that now precedes it, slowing drivers to a crawl and helping them stay closer to the car in front as they accelerate on to the straight. In one sense, it’s a shame to rob the circuit of such a fast and difficult corner – but it’s probably for the best, as Haberfeld would surely attest. 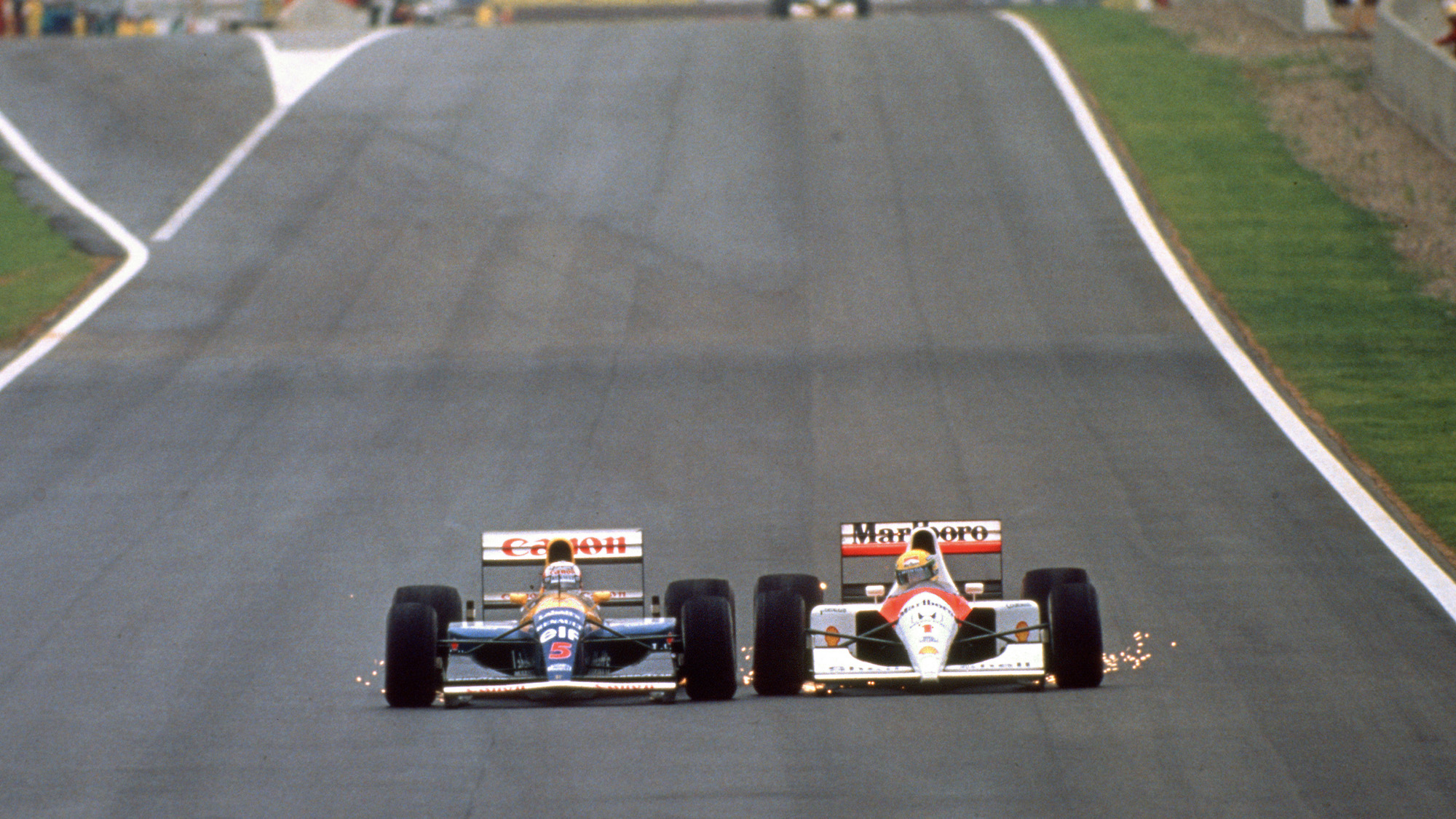 When the sparks flew in Spain: Mansell vs Senna in 1991

You could argue that the best racing at the Circuit de Catalunya came just five laps into its inaugural Spanish Grand Prix in November 1991. Crossing the start/finish line, Nigel…

From a personal point of view, I’ve always had a soft spot for the place. Either trackside or from public vantage points on grassy banks and grandstands, it’s a great place to watch F1 cars in action – and despite their familiarity with the circuit, it still induces plenty of driver errors, especially when there’s a bit of wind. I’d recommend it to any fans looking to attend an overseas grand prix (once you-know-what is resolved by a vaccine, of course). There are also plenty of lovely places to stay, whether in Barcelona itself or in the pleasant towns dotted along the coast on the other side of those hills. One year I booked myself into a guest house that appeared to be straight out of a Spaghetti Western and was so well hidden, the owner’s son had to ride out on a scooter to find me and lead me in. Lovely people, beautiful place.

The 2017 race weekend was one that offered up some particularly vivid and important memories. At the time, I was considering a life away from motor racing for a switch to what turned out to be an ill-starred (not to mention very short) career as a school teacher. I spent a glorious Friday watching the practice sessions trackside from just about every turn, including on the outside of the hard-braking first corner and around the seemingly never-ending Turn 3. Another Friday morning a few months later, as a I struggled to engage a bunch of dead-eyed Year 10s on the wonders of Romeo and Juliet, I thought back to those practice sessions and realised just what I’d given up… What had I been thinking?

The grand prix that year also happened to be a classic, as Sebastian Vettel duelled with eventual winner Lewis Hamilton in a race-long battle that left the pair of them grinning in shared respect at the press conference. That really doesn’t seem very long ago. How much would the shadow of the spirited man we currently know as Vettel give for a repeat performance this Sunday? 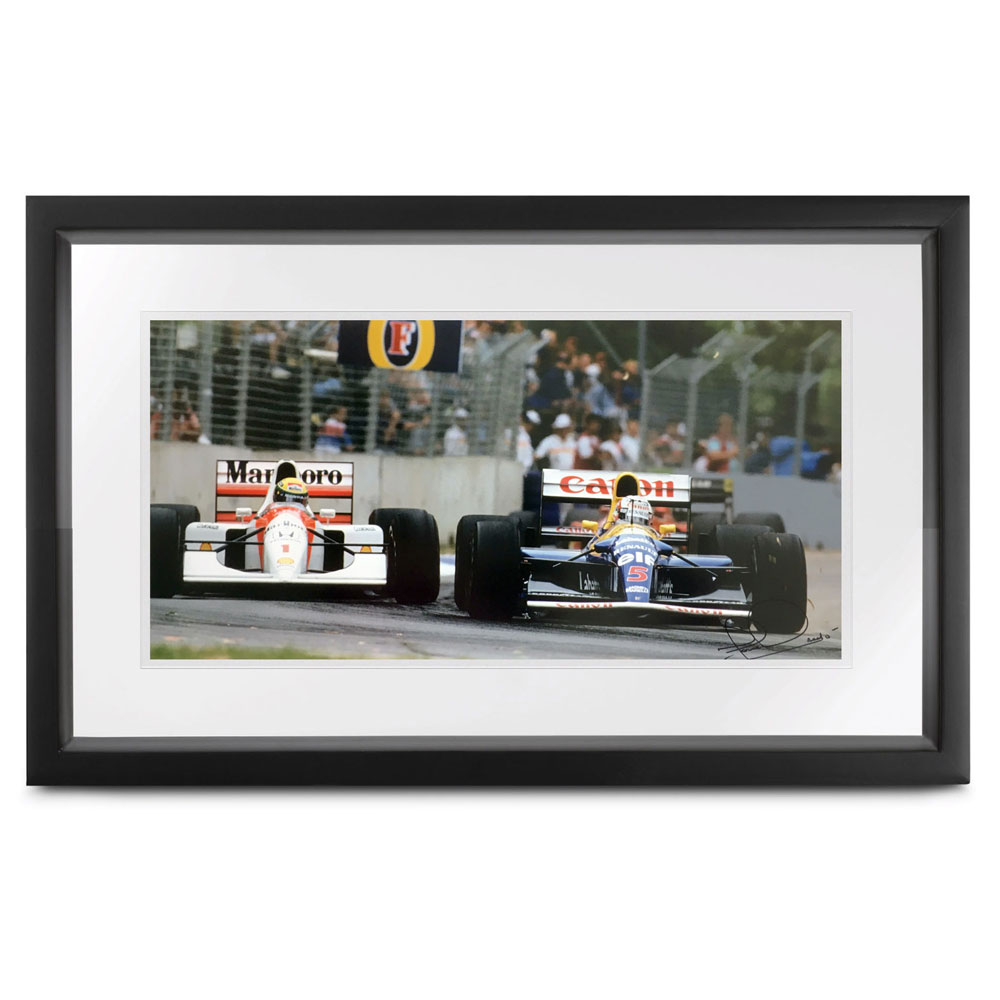