As much as Red Bull team principal Christian Horner might want to make people believe the new changes to Yas Marina are intended to suit Mercedes, it is a far cry from the truth.

Since 2009, Abu Dhabi has hosted a round of the world championship at one of the most incredible racing facilities on the calendar, and yet the actual racing on track hasn’t quite lived up to that billing.

Perhaps its greatest hour came back in 2010 as a direct result of Fernando Alonso being unable to pass the slower Vitaly Petrov ahead, ultimately handing the world title to Sebastian Vettel.

So it’s no surprise then that the leadership of Abu Dhabi’s grand prix circuit have been very eager to make changes to improve an event that is otherwise a very tidy F1 venue.

“We’ve been wanting to do this for a few years now, so it’s not something we started in 2021,” Saif Rashid Al-Noaimi, Deputy CEO of Abu Dhabi Motorsports Management (ADMM) told Motor Sport.

“For the last few years, we’ve been monitoring the feedback that we’re getting from spectators, from the teams, drivers, and from the media about the Abu Dhabi Grand Prix and some of the feedback about overtaking and changes in lead is something we’ve been wanting to address for quite some time.”

It just so happens that the timeline for Yas Marina has lined up with F1’s new data-led approach to improving its future.

The use of simulation, analytics and data gathered from a multitude of sources have formed the basis for the next generation of cars as well as circuits. 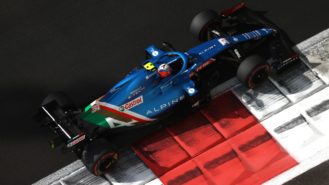 Vietnam was the first circuit designed by this principle but never got to show what might have been. Saudi Arabia’s Jeddah Corniche Circuit was the first F1 circuit actually raced on to have been influenced by simulation, and the new changes at Yas Marina have followed suit.

The changes aim to improve the show by promoting closer racing by allowing cars to follow one another more easily. They have also taken into account the rule changes arriving next season with the next generation of cars.

“We have been in talks with Formula 1 for several years now about different options and what’s the right balance to achieve what we want to do which is more exciting racing, more opportunities to overtake and closer wheel-to-wheel racing. We had aligned with Formula 1 on an approach and on a design and we went straight into the approval process with the FIA and into execution right away.

“When we focused on the challenge that we’re trying to address, we zoomed in on the three areas and we ended up making the changes. It’s a challenge that we had, understanding the current rules and obviously the new rules that are coming in next year, and designing a track that is meant to address these changes.

“All of the changes were based on data and on simulations. Formula 1’s role in working with us and coming up with solutions was very much reliant on the current technology that’s out there, ability to run different simulations to ultimately test these enhancements in the simulator before we go and invest a significant amount.

“We will constantly monitor and when the new regulations come in, we will see if there’s any additional enhancements that we will make”

Changes include the removal of two slow-speed chicanes on the circuit. The original Turns 5 and 6 have been taken out and the second sector now begins with a hairpin onto the long back straight.

Likewise, the original Turns 11, 12 and 13 at the end of the second DRS straight no longer exist and a banked hairpin corner leading to the hotel section has replaced it.

The final sector has had several corners adjusted, and the new Turns 12, 13, 14 and 15 have been opened up and negative camber taken out in order to allow cars to follow each other more closely.

All will hopefully combine to create a race that is much closer than in recent years according to Al Noaimi.

“We evaluated some of the areas that we’re seeing are impacting the wheel-to-wheel racing and the opportunities for the drivers to stay close to each other. Certain decisions were very much based on the simulator.

“The Marina corner at the entry of the Marina section is now going to be a banked corner. We worked with Formula 1 and simulations to determine what is the right banking for that corner and it’s based on the speed of the vehicles arriving at that corner, what’s the exit speed you’re looking at and what’s the optimal way for them to enter into the hotel complex? 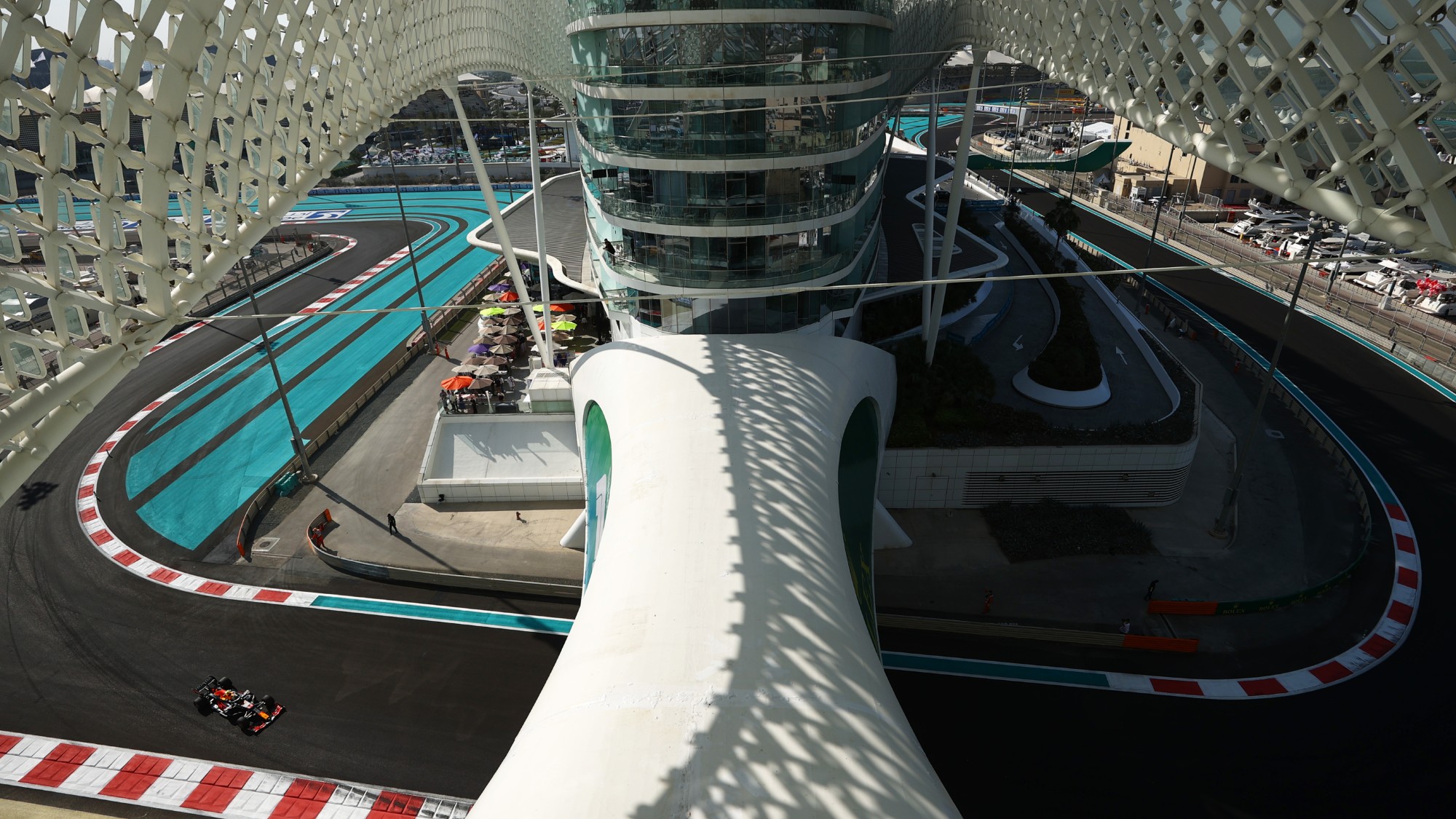 Several changes, especially in the final sector underneath the hotel will hopefully allow cars to follow one another more easily

“We tested out different grades of banking and ultimately we ended up going with what we felt was the right gradient that gives us the highest benefit, and any [further] increase in gradient would not really yield any improvements in the racing, so that’s kind of the methodology we followed; a very much data-based analysis of simulations and how it will impact the racing. It’s getting the right balance, you know?

“Our analysis has pointed out some of the sharp corners were really breaking up the momentum and stopping the drivers from sitting close to each other, the negative camber corners that were leading to a lot of slippage in the tires and just weren’t creating the right opportunities for the driver and really fight for position changes.

“In the hotel section, the changes have opened up the radius of those four corners. The corner before last is now going to be a flat out corner in an F1 car, so it’s been a constant evolution as we had more data, and as we got feedback over the designs.”

There is a human element to these changes too. While the computers have provided the team tasked with redeveloping the circuit an indication of what changes to make, Yas Marina has also heard from fans about their views on the circuit and the racing.

ADMM has also not ruled out the possibility of further changes down the line should there be scope to further improve the track or the facilities.

“We do a survey after every Grand Prix. Obviously we monitor our social media coverage and the comments on our channels, from our fans, from previous grand prix surveys. We have a team on the ground over the Grand Prix weekend also talking to customers and getting feedback from them.

“It’s been 13 years since we hosted our first grand prix and this is really the first significant change we’re making on the track. Now obviously, we will see how it goes and we will constantly monitor and then when the new regulations come in next year, we will see if there’s any additional enhancements that we will need to make and we will follow the same approach, we’ll listen to our customers and evaluate.

“We’ll take feedback and we’ll constantly evolve. We will continue to invest in other parts of the venue too.”

What are the expectations then for the 2021 season finale and first race on the new layout?

“A championship-deciding race, an exciting race that has Lewis and Max wheel-to-wheel and the racing coming down to the wire, that’s our hope.”

That’ll be everyone else’s hope too.