A scrum of camera crews and photographers push and shove to capture images of two blokes sitting at a table playing with Lego. Yes, it’s just another day in the Formula 1 paddock as we settle in for the Hungarian Grand Prix. 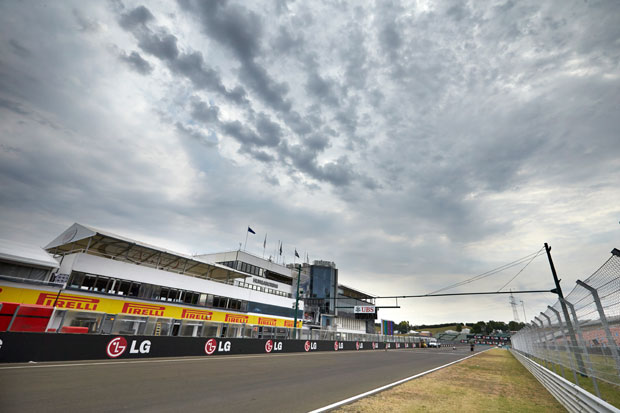 Fernando Alonso probably has better things to think about right now. That gap to Sebastian Vettel at the top of the World Championship points table is beginning to resemble a chasm and there’s a pressing need for him to begin clawing it back this weekend if another title challenge isn’t going to slip away.

But here he is anyway, doing his duty for sponsor Shell, facing his friend and countryman Pedro de la Rosa in his first competitive challenge of the week. The Spaniards must find out which of them can build an F1 car out of Lego in the fastest time. The things they have to do, eh?

It turns out Alonso is rubbish at Lego. Dextrous Pedro finishes in 2min 45.44sec, fingers ’n thumbs Fernando labouring across the line in 4min 08.68sec, despite the double champion’s best attempts to scupper the test driver by nicking some of his pieces. Alonso accepts defeat with good grace, but he’ll be cursing if he walks bare-foot on the inevitable stray bit that finds itself lurking on the Ferrari motorhome floor. 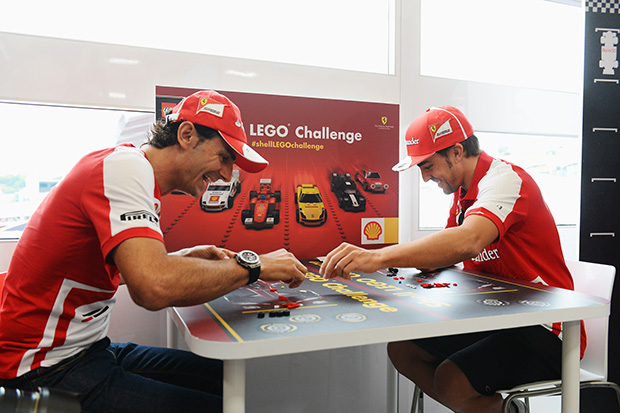 The Hungaroring is an oasis of action in a dormant summer for Grand Prix racing this year. It’s been three weeks since the Nürburgring and there’s another month to go before Spa, all thanks to late winter tweaks to the F1 calendar for a New Jersey GP that didn’t happen.

When the teams reconvene in Belgium after the official summer break all hell will break loose, with nine races firing off between the end of August and the Brazilian finale on November 24. Come autumn, we’ll hardly have time to draw breath before the next one.

Right now, Vettel’s 34-point advantage over Alonso looks unimpeachable. But we’ve been here before. We’re bang in the middle of the season and much can still twist and turn in this story yet. 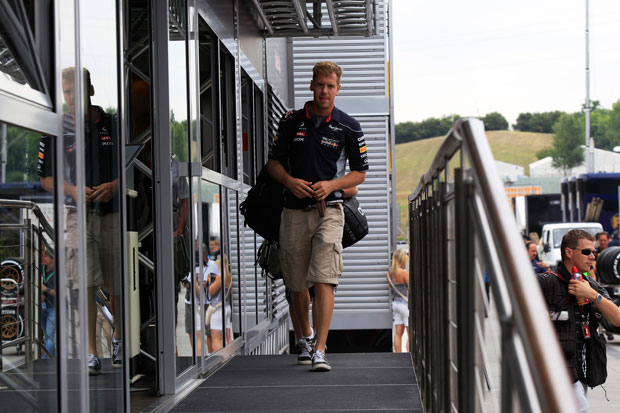 The talk here is that the Hungaroring offers both Ferrari and Lotus a great chance to strike back at Red Bull. Conditions are cooler than expected right now, faint cloud making it less uncomfortable than expected. But the heat is set to rise as we move into the weekend. High track temperatures should play into the hands of the Pirelli-friendly teams in black and red.

But before the action begins, there’s internal business to sort out which could have an impact on how we ‘consume’ F1. The media has been left up in arms by the reduced access allowed to the pitlane, in the wake of the incident in Germany when a cameraman was hit by a loose wheel bouncing off Mark Webber’s Red Bull.

It had already been decided that broadcast media should have their freedom to roam the pitlane limited, both in terms of the number of personnel allowed and which specific sessions they can work. But in a typically convoluted F1 way, the same rule did not apply to journalists with print media credentials. It’s all to do with the broadcast teams being controlled by Formula One Management and the rest of us coming under FIA jurisdiction.

Clarification was required, and sure enough as I’ve been writing, a release has landed. From this race onwards, a limited number of just 25 special tabards will be made available for each session to journalists and photographers who want to gain access to the pits. Those wishing to attain a tabard must submit written requests and then it is down to the FIA communications staff to decide who gets one for each session.

For photographers in particular this is bad news. They won’t be happy. Chaotic and hot-headed scenes can be expected when the list goes up dictating who gets a tabard and when.

Of significantly greater importance will be the team bosses’ reaction to Bernie Ecclestone’s recent indictment by German prosecutors on charges of bribery, the ongoing saga of when a new Concorde Agreement will be signed and statements that former Max Mosley aide David Ward could stand against Jean Todt in the forthcoming FIA presidency elections. How these stories develop – if at all – will offer an intriguing backdrop to the weekend’s action.