Many didn’t think Damon Hill belonged in a championship fight with Michael Schumacher. But at a challenging 1994 Japanese Grand Prix, he confounded expectations 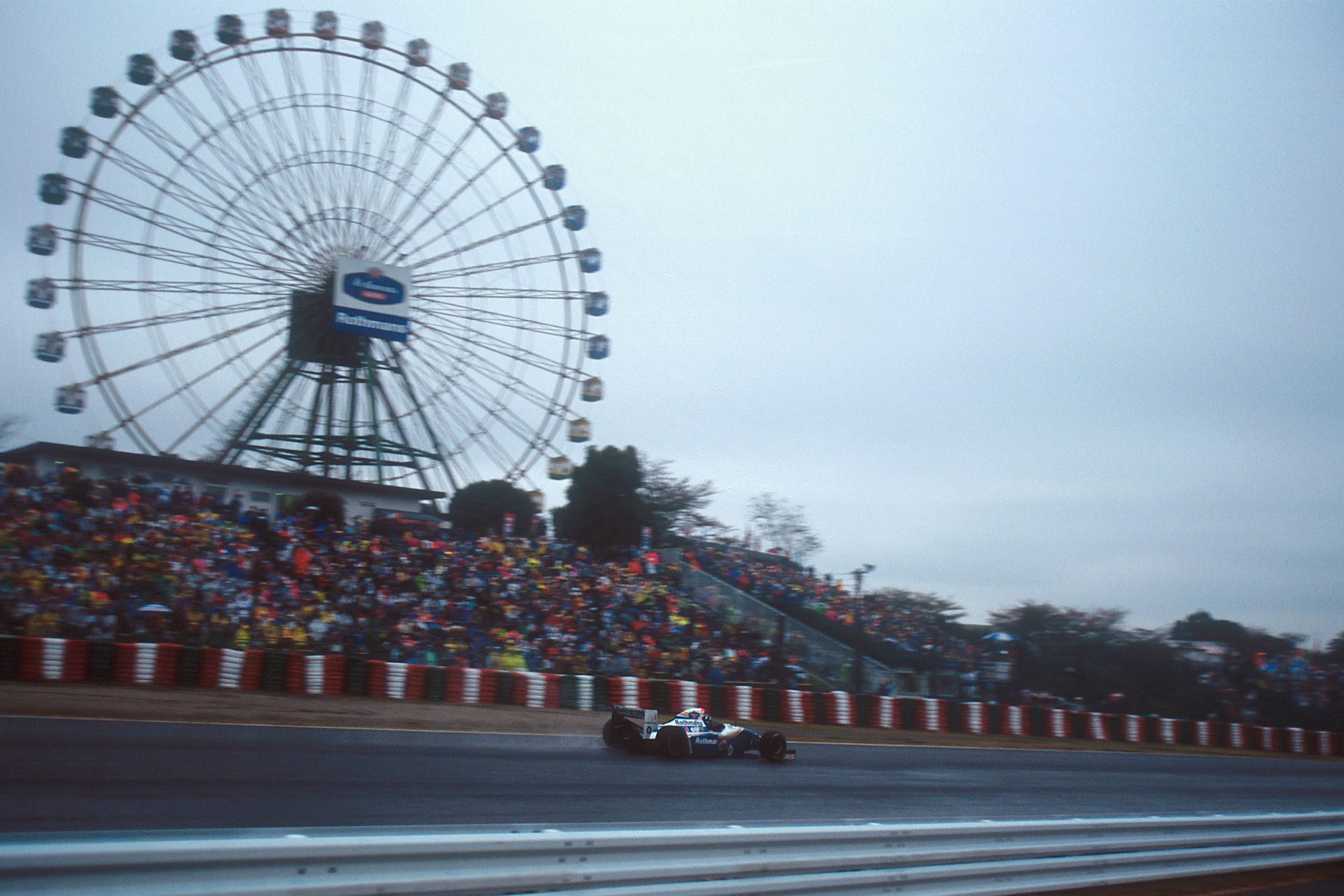 From Hollywood scripts to boys’ own stories, there is something about the tale of doing something well beyond what anyone thought you capable. Formula 1 sometimes has a good line in it too. And you’ll struggle to find a performance that confounded expectations quite like Damon Hill’s in the 1994 Japanese Grand Prix.

He entered the year’s penultimate round in a championship fight with Benetton’s Michael Schumacher, yet Hill’s impostor status seemed irrefutable.

To cut a long story short, Schumacher looked like he’d take the championship with insulting ease. But a two-race ban and two further disqualifications later, the unlikely Hill – thrust into Williams’ lead role after Ayrton Senna’s passing – was just a point behind. He had yet to defeat Schumacher in a straight fight that season.

That Schumacher won comfortably on the return from his ban, in the European Grand Prix at Jerez, suggested his title march was but delayed, though in mitigation Hill could point at a strategy muddle that day.

Then came Japan and Suzuka. In practice and qualifying there still was nothing to suggest Hill would defy his detractors. David Tremayne in his Motor Sport report called Schumacher’s progress “insouciant” and “majestic”; the Williams by contrast looked “cumbersome and intractable”. Hill even appeared likely the second Williams, behind Nigel Mansell, but for Saturday rain.

Rain it transpired was a major player in the race too, as there were vast quantities falling when it started and even more once it got going. This necessitated first a safety car period when hailstones bounced off a flooded pitstraight, then a red flag amid chaos after 14 laps.

The race was restarted, and as was the practice then the result would be determined by ‘aggregate’ times rather than necessarily on-track. It meant Schumacher’s 6.8sec lead over Hill from ‘part one’ would carry forward, so Hill not only needed to get ahead but finish further ahead than that. 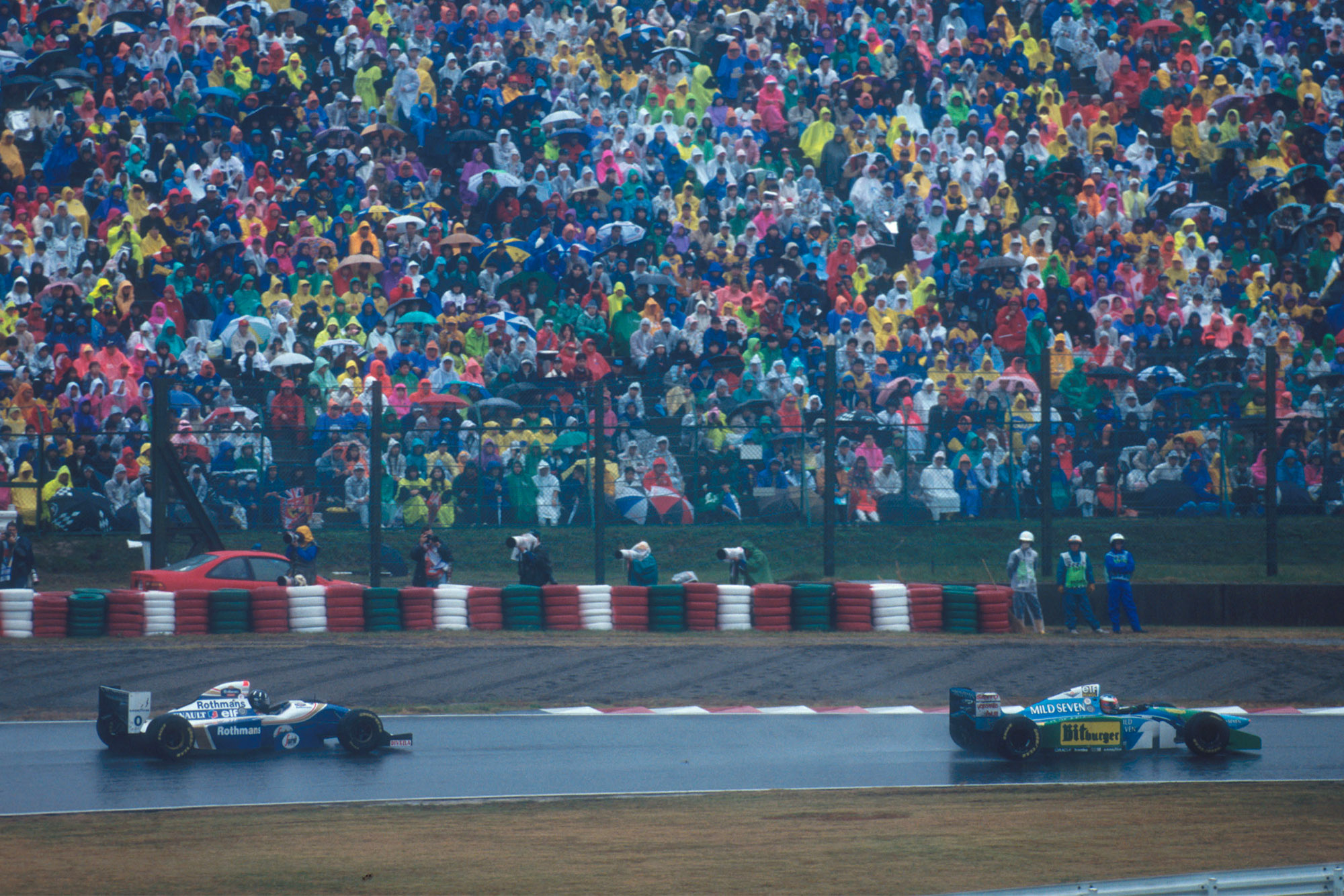 This also was a game for two players. Schumacher and Hill left the third-placed car 10sec shy after only two laps, and now after the restart were circulating 2sec or more a lap quicker than the rest.

But five laps into the restart we had the first sign of the Schumacher-Hill power balance shifting, as Schumacher dived into the pits on a two-stop strategy (refuelling during the stoppage was forbidden).

Then, for about the first time that year, Williams had one up on Benetton. Hill cut loose out front while Schumacher struggled in traffic and spray. Over five laps Hills stretched his lead from 18.7sec to a full 30.0sec.

“Schumacher felt that the Benetton was heavier than he expected,” Tremayne explained. “The officials had informed the teams of their intention to put the safety car out and run the race behind it until the 40th lap [to a conclusion], in the event of the rain returning.” The team had put enough fuel in to reach that point, but for now it was literally a burden.

Hill pitted and remained in front. And on a day for oddities even Hill’s pitstop wasn’t all it seemed, as his right-rear wheel wouldn’t budge and the mechanic decided to leave it on. Hill was oblivious until after the race.

From around lap 30 of 50 Schumacher, his car returning to him, started to eat at Hill’s advantage, reacquiring the lead on the aggregate time on lap 36. It appeared that normality had been, belatedly, established.

But no. Benetton knew its dread lap 40 awaited; the weather had by now relented so there was no question of an early finish.

Schumacher’s halt left him 14.5sec to make up in 10 laps. The sort of chase that, we would discover in time, Schumi was born for. There also was no sign of him settling for second.

For Hill, it was a tightrope walk without a net. Being passed by Schumacher would as good as lose him the title. Binning it would actually lose him the title, as well as shatter his reputation. It was on the stopwatch so there was no question of making it hard to overtake.

The race totalled close to two hours with no relent in pressure nor the challenge of the conditions. If this all wasn’t enough, the Williams’ handling was suffering clearly from its very second-hand rear tyre. 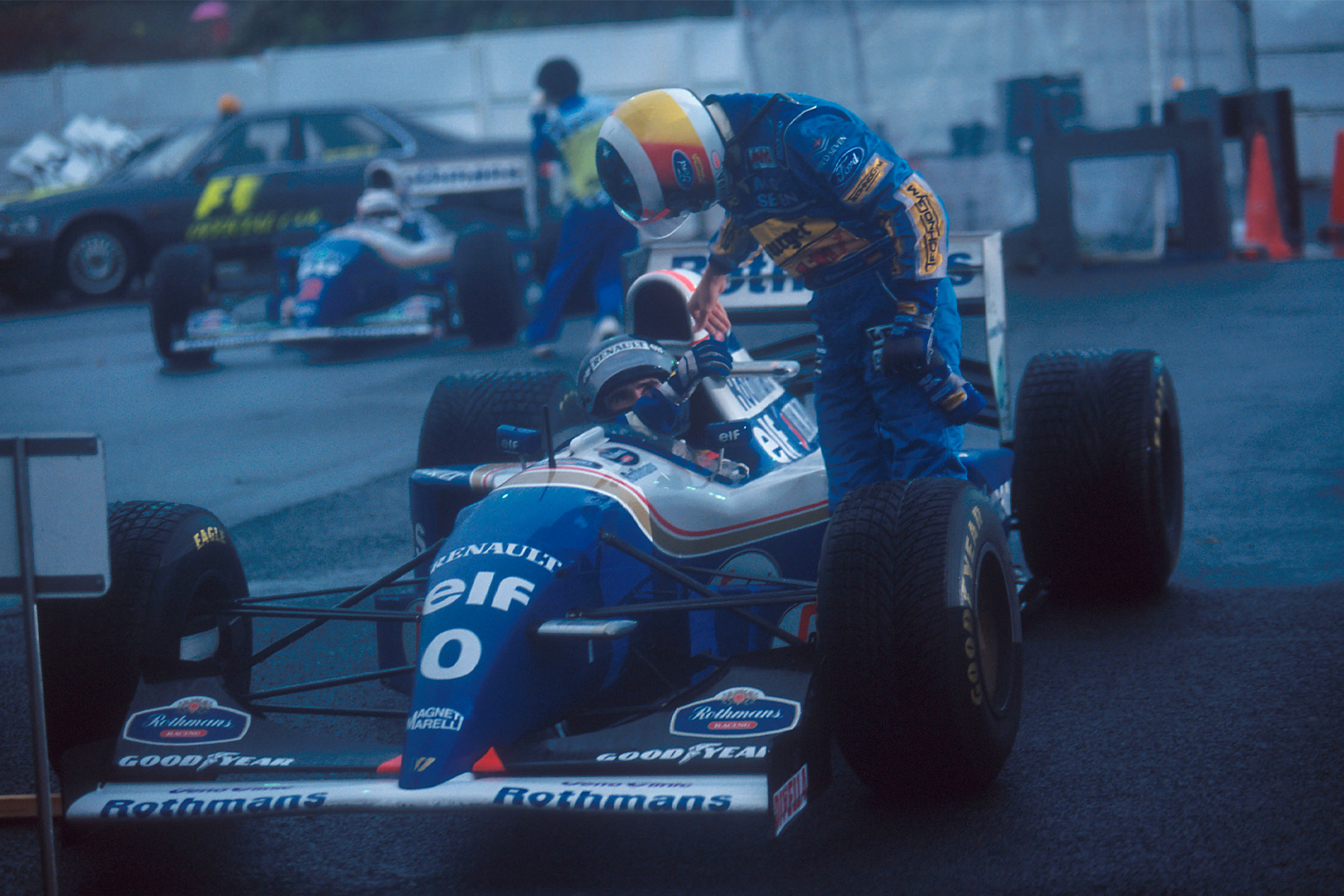 Schumacher on his first full-noise lap swiped 3sec from Hill’s lead and already “it seemed a foregone conclusion”, as Tremayne put it. “Steadily he eroded the deficit. 8.352sec, 7.032sec, 5.245sec, 4.231sec.” That was with two laps to go, then starting the final tour the gap was 2.4sec.

“Damon was all over the road as he used armfuls of lock to keep the Williams going,” Tremayne continued. “It looked messy and dramatic, but that was a highly effective last lap.”

Indeed Hill’s advantage not only remained but increased to 3.36sec. The pair would go to Adelaide a point apart. And Hill spoke years on of, during the first half of that final tour, having a kind of out-of-body experience in the cockpit, not unlike that immortalised by Senna, and touching a level of performance he never would again.

“It was the most intense race I ever did, no question,” Hill told Motor Sport later. “I just kind of ratcheted myself up.

“I was driving on a different level from how I’d ever driven before. It was an experience which lived with me for a very long time. I think what we’re capable of mentally is way beyond what we think it is…”

“In the view of most who saw it, including me,” Simon Taylor added, “the 1994 Japanese Grand Prix was Damon’s greatest drive.”