Technically, this was a season without a German Grand Prix. After years of hosting two Formula 1 events, the nation was reduced to just one as Hockenheim and the Nürburgring agreed to take turns from 2007. And with Hockenheim having exclusive German GP naming rights, the ’Ring had to stick to a familiar alternative. The event would be remembered, however, for its peculiarity rather than its title.

Fact one: a driver making his F1 debut had been 4.866sec off the pace in qualifying, yet rose from last to first within the space of two laps… and actually led by almost 20 seconds at that stage. Remember Markus Winkelhock?

The race began beneath darkening clouds – and Spyker technical director Mike Gascoyne took an inspired punt at the final formation lap’s conclusion, summoning Winkelhock for Bridgestone wets even though it wasn’t quite raining. It soon was, though, and Winkelhock – subbing for the dropped Christijan Albers – scythed past his dry-shod rivals, most of whom pitted at the end of the opening lap. Everybody else came in at the end of lap two and Winkelhock breezed into the lead. “I know the circumstances were unusual,” he said, “but the team made a fantastic decision and nobody will ever be able to take away the fact that I led my first F1 race.” 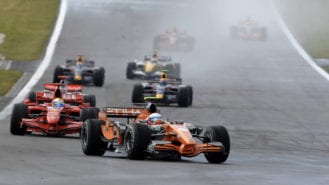 Markus Winkelhock: The day I led the European GP in a Spyker

It's one of Formula 1's extraordinary stories: the driver who started last on his debut and went on to lead the 2007 European Grand Prix. Markus Winkelhock tells the full tale of his one and only - short-lived - F1 race

His moment in the spotlight was brief, for red flags flew when conditions became unnavigable. After a poor qualifying performance, Jenson Button had done a stellar job for Honda in the rain… but he was looking at his dash panel as he approached Turn One for the third time and failed to spot the looming river. He lost control and was soon joined in the gravel by Lewis Hamilton, Adrian Sutil, Nico Rosberg, Scott Speed and Tonio Liuzzi. At the time, Mark Webber had been running just behind the Honda: “I was lucky,” he said, “because Jenson was going really quickly, just ahead of me, and I saw him sideways across the road at the first turn. That warned me to get on the brakes a little earlier.” 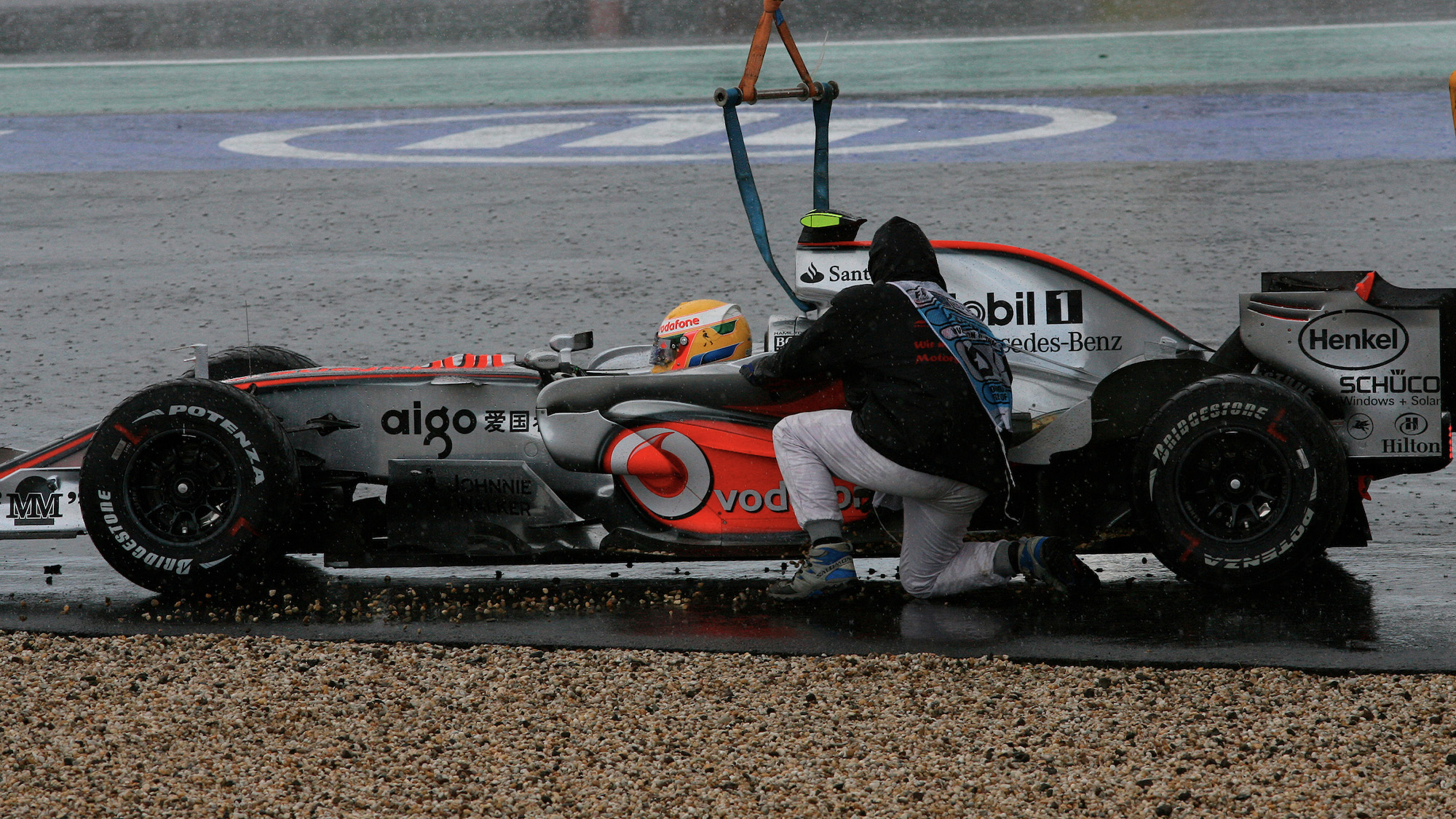 Hamilton restarted after being lifted back onto the track

Hamilton kept his engine running and was allowed to drive back to the grid once he’d been craned clear.

After 22 minutes the race resumed behind a safety car – and Winkelhock was soon swamped by the usual suspects. “I was still quite excited about the restart, though,” he said. “It was nice to have red and silver cars behind me without seeing any blue flags.” 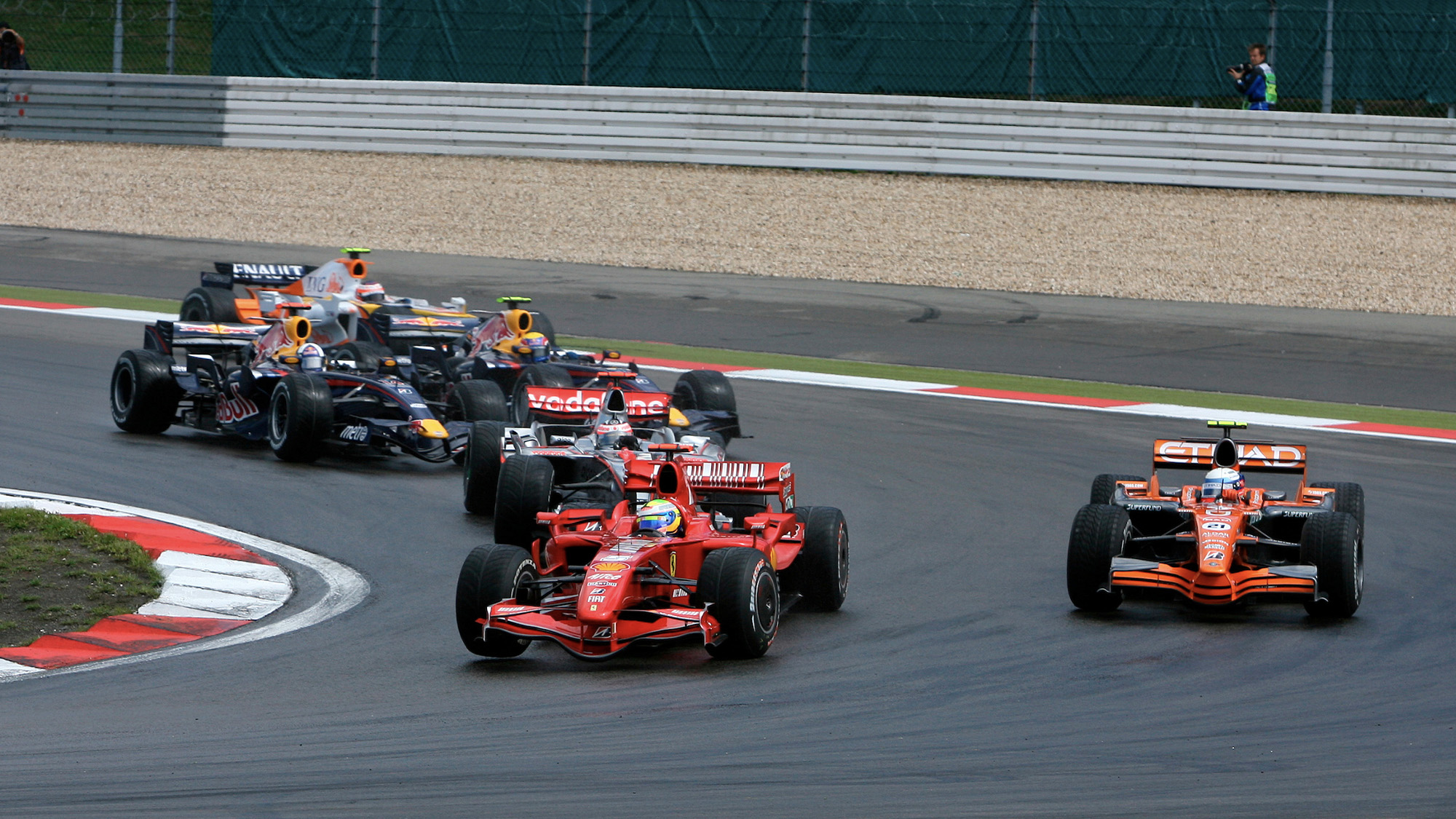 Sandwiched between Felipe Massa and Fernando Alonso: Winkelhock’s Spyker was no match for the frontrunners at the restart

Hamilton made an early switch to dry Bridgestones – rather prematurely, a decision that would help to keep him out of the points for the first time in his F1 career – but the rest waited another five or six laps and Felipe Massa emerged as leader after the tyre stops, with Fernando Alonso’s McLaren on his tail.

The Brazilian soon began to pull clear, however, and was more than eight seconds to the good when Alonso made his second (and final scheduled) tyre stop on lap 37. Massa responded next time around and resumed with a comfortable advantage, but more rain was forecast. By lap 53 it was belting down and the leaders came in, with Massa still more than four seconds clear. The Spaniard swiftly wiped out that deficit and on lap 56 Massa banged wheels with his rival before ceding the lead.

“I love changeable conditions,” Alonso said. “I’d also like to apologise for what I said to Felipe. I was feeling a bit stressed at the end, because the two of us nearly didn’t finish, but now I want to enjoy the moment.” 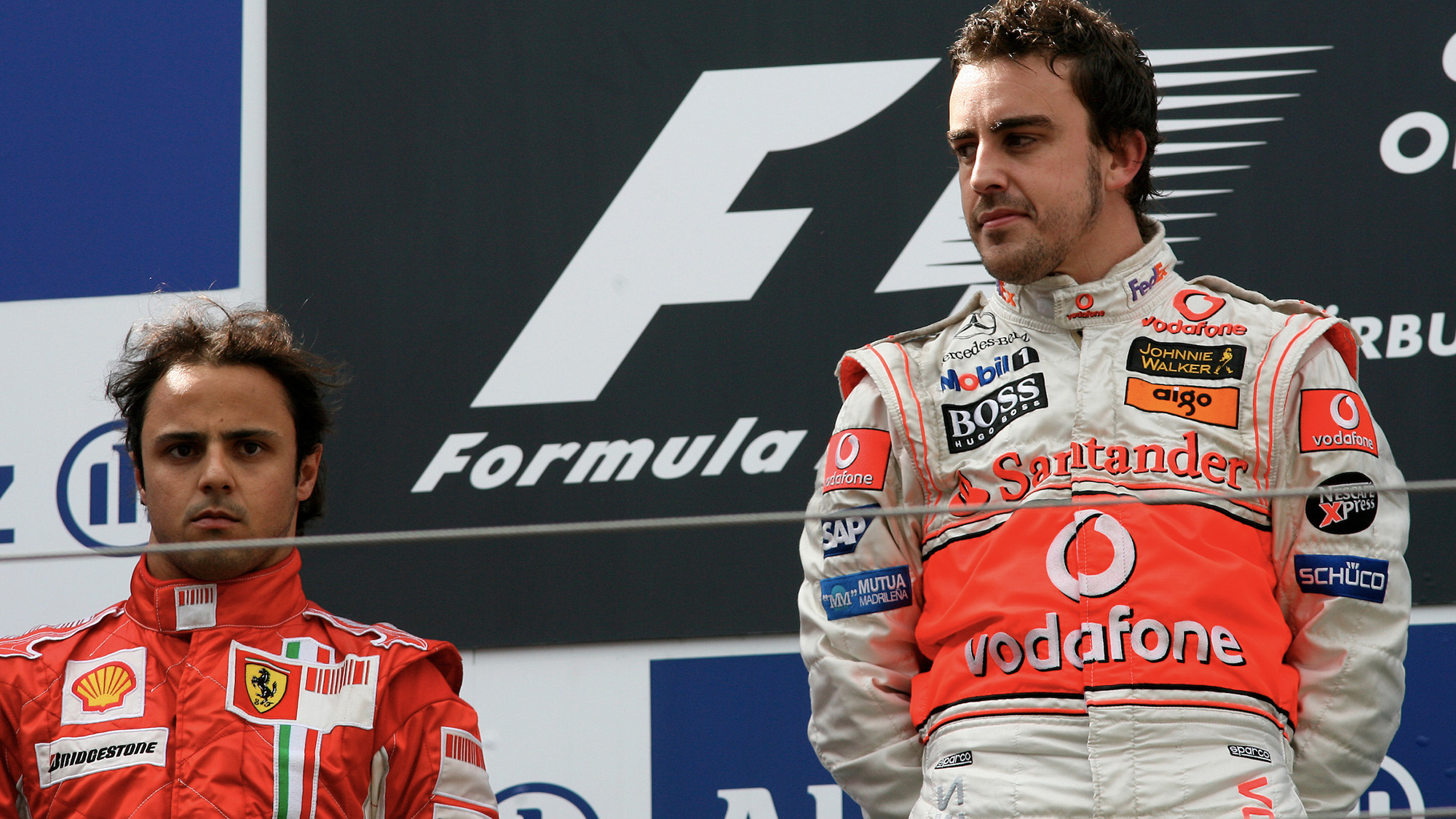 Webber took third from Williams driver Alex Wurz, but fleeting hero Winkelhock dropped out with hydraulic failure after 13 laps. He hasn’t started an F1 race since.

It wasn’t such a memorable day for other Germans. When Ralf Schumacher pitted at the end of the opening lap, Toyota sent him back out with wet tyres on one side and dries on the other.

It was that sort of day.