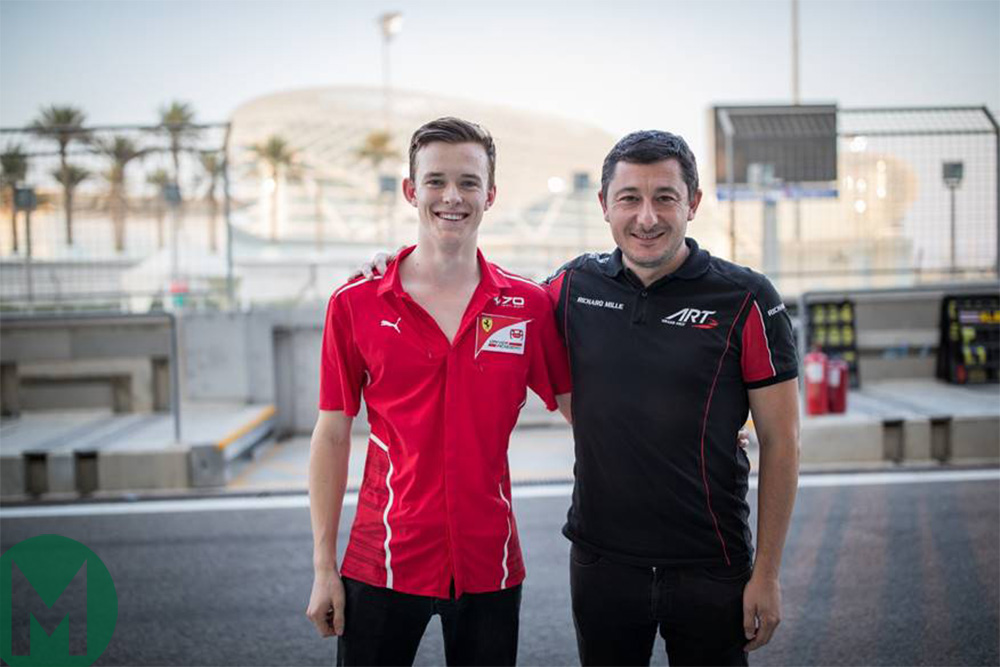 Having become the first Briton to join the Ferrari Academy, Callum Ilott has now joined ART Grand Prix for the 2018 GP3 season.

Ilott, at 19, jumps into the GP3 seat after a season in the F3 European Championship in which he won seven races for Prema. He was picked for the Ferrari Driver Academy – Ferrari’s junior development scheme – in October.

Joining names such as 2018 Alfa Romeo Sauber driver Charles Leclerc and alumni including Lance Stroll, Sergio Pérez and the late Jules Bianchi, Ilott will begin the season on May 11 as it opens the Formula 1 weekend in Spain.

“Together with the FDA, we made the decision to do GP3 with ART and I’m really happy with this as the first step in our partnership,” says Ilott.

“The FDA is a very good place to be,” Ilott adds. “The academy programme is structured, research-driven, all-encompassing and then personalised. I’ve only had just a couple of weeks in Maranello and it’s true what other drivers say about Ferrari; it is a special place. The facilities don’t fail to impress you and the team of guys supporting us is really talented. I’ve got to know Massimo, the head of the Academy, through this season and he has been clear on what is expected of me going forward.”

It’s been a tumultuous few years for Ilott, having gained and then lost Red Bull backing, before Ferrari swooped and offered him a new lifeline. It’s an unprecedented move by Ferrari, according to FDA head Massimo Rivola.

“FDA normally selects drivers when they are very young. Callum is a sort of exception since he is just 19, but I thought it would be a pity not to give him a chance since I have no doubt about his pure talent. I’m really looking forward to work with him, as in fact I have to say, we have barely started.”

Like Brendon Hartley – with whom Ilott’s been compared by one of his engineers – he’s shown there’s life after Red Bull after all.

Related: In the spotlight: Callum Ilott