Imola has renewed its Grade 1 licence, required to host a Formula 1 Grand Prix, after completing work on a new medical centre and helipad.

The circuit announced the decision in a press release, hours after F1 confirmed that it was in discussion with unnamed promoters about adding new venues to the 2020 calendar.

Uberto Selvatico Estense, president of the Autodromo Enzo e Dino Ferrari, has already offered to host a race this season, initially to replace the Chinese Grand Prix, which was cancelled before coronavirus became a worldwide pandemic.

“With the renewal of the homologation we are in a position to be able to host a Formula 1 Grand Prix,” he said today. “We hope that this dream can become reality.”

Formula 1 has announced its plan to hold a 15-18 race season this year, but is looking to new venues to help fill the gap left by a number of cancellations, including the Monaco, Dutch, Singapore Azerbaijan, Japanese and French Grand Prix. 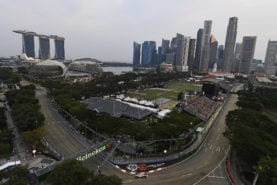 Eight races in Europe have already been confirmed, and the rest of the season is uncertain at the moment.

Formula 1 last raced at Imola in 2006 after 26 years of the circuit hosting the San Marino Grand Prix.

Toro Rosso has since tested at the circuit and the team – renamed AlphaTauri – is due to return for a filming day later this month.

Work began on Imola’s new medical centre last November, in anticipation of the FIA’s inspection, as part of a three year plan to renew the circuit, with a museum and improvements to grandstands and tunnels, as well as renovation of the famous tower at the end of the pitlane.

The centre, and the adjacent helipad were needed to comply with the latest standards from sporting and air authorities.