This weekend’s polesitter will not be holding a Pirelli tyre aloft but will instead receive a Juan Manuel Fangio helmet to mark their success.

A replica of the headgear he used to win his first World Championship title, 70 years ago, it’s definitely a step up in terms of reward, but it’s one the drivers might want to miss out on.

In fact, they could be better off missing out on the front row altogether.

There have been five Mexican Grands Prix since the event returned to the Formula 1 schedule back in 2015 and pole position has propelled the fastest qualifier to victory only twice.

Those two occasions came in the first two years the race was held in the turbo hybrid era, during seasons in which Mercedes retained a comfortable performance advantage meaning only two drivers were really in with a realistic chance of victory. Both times the Silver Arrows locked out the front row.

It means the success rate from pole is just 40%, which is identical to that of starting second. There’s cause for optimism then for the driver closest to claiming the prime grid spot and losing the Fangio replica to their rival.

In 2015 and ’16, drivers were fairly well behaved at the start. Rosberg and Hamilton battled for the lead but the polesitter in each respective race retained their position against their team-mate. Nico Hülkenberg was the only one of the top five to gain a position, clearing Daniel Ricciardo before Turn 1 in 2016.

But there is another factor to consider. Added to the mix, it may mean that drivers are wary of qualifying on the front row, and instead hoping for the golden grid spot in Mexico: third. Although no driver has won from there in the modern era, the evidence points to this slot offering the optimum combination of grid position and tow opportunity, to catapult into the lead at Turn 1.

The 2017 season brought with it the new regulations and along with those, wider cars, which have made the slipstream effect much more of a critical aspect of race starts in Mexico ever since.

The first race with the new regulations in 2017 was headed up by Sebastian Vettel with the then-Ferrari driver starting on pole.

His advantage quickly turned into a perilous predicament as soon as the lights went out. From second on the grid, Max Verstappen immediately ducked into the Ferrari’s slipstream and Lewis Hamilton filed in behind the Red Bull. 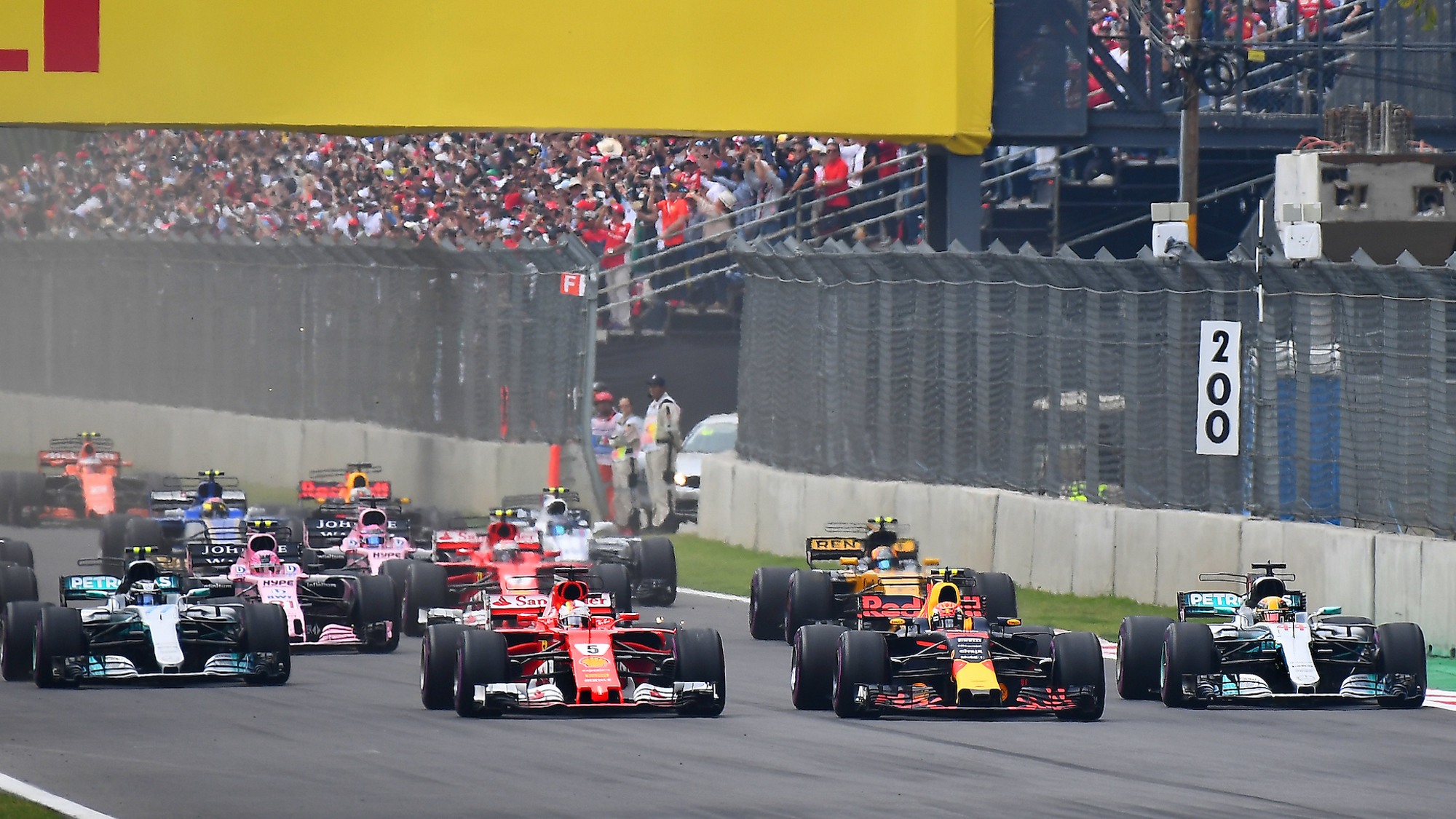 Vettel claimed pole but was third by Turn 1 in 2017

Hurtling towards Turn 1, Verstappen cleared the Ferrari for the lead and was followed through by the Mercedes, which had started from third on the grid.

Hamilton of course dropped to the back of the pack by the end of the first lap by virtue of Turn 2 contact with Vettel, but had that been avoided he would have set off in pursuit of Verstappen second in the train and in a strong position to win from third on the grid.

Verstappen was irate after missing out on his final chance to become F1’s youngest polesitter in history on the Saturday, but Sunday’s race start banished those ill feelings quickly.

Another front row start for the Dutchman put him in a prime position to usurp team-mate Daniel Ricciardo when the Australian bogged down with a poor launch.

Again from third on the grid, Hamilton’s own launch was the opposite, immediately splitting the Red Bulls. If anything, his start was too good as he moved level with Verstappen and gained no benefit of a slipstream, instead battling it out while punching his own hole into the air. Ricciardo dropped to third, losing two spots by the second corner as Vettel had done the year before.

The most recent race in Mexico took place in 2019 and in qualifying, Ferrari locked out the front row. Charles Leclerc out-did Vettel to claim the top position but yet again, Hamilton in third was the man on the move.

His route was cut off though, boxed in by the battling team-mates ahead.

As Vettel sought out the slipstream from the faster-starting Leclerc, Hamilton was edging alongside and the four-time champion forced the Mercedes into the grass.

The move baulked the momentum Hamilton had gained with the best start in the top three and his focus turned to defence from Verstappen.

They ended tripping over each other at the second corner, sliding across the grass and dropping down the field but into Turn 1, the order remained as it had been several hundred meters earlier when the cars were stationary: Leclerc, Vettel, Hamilton, Verstappen.

Had there been no squeeze, Leclerc might have found himself in trouble defending his pole from the swarming pack. 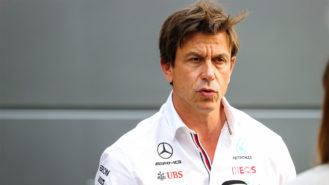 Toto Wolff has said that if the title fight between his driver Lewis Hamilton and Max Verstappen goes down to the wire in Abu Dhabi, whichever of them is in…

The evidence from the most recent races offer a consistent playbook for snatching the lead in Mexico.

With the title in the balance, Verstappen and Hamilton can ill afford any contact or mishaps. The Red Bull driver has emerged with the lead of the race twice out of the first corner in the last three races. His out-braking of Hamilton in 2018 counteracted the squeeze the Mercedes applied, pinching him to the inside of the track. He also got the job done around the outside the year before, leaving Vettel no choice but to cede the place.

So watch for the driver starting third on Sunday and keep a close eye on both championship contenders too. Contact between them has been restricted to Sprint Qualifying race weekends at Silverstone and Monza, but the ingredients are there on the long run to T1 in Mexico City. And they have prior form.