Every editor has one. The issue. The one that when they look back from a distance best measurable not in months or years, but decades, is the one that best expresses all they were trying to do with their particular publication. I edited Motor Sport for a little less than four years from the autumn of 1996 to the summer of 2000 and of the 44 issues that were produced on my watch, October ’99 is the one. At least to me.

The content – a track visit to the Monza banking, a road test of a brand new kind of Porsche 911 called a GT3, part four of Mark Hughes’ run down of the top 100 drivers of all time, a Vic Elford appreciation and Nigel Roebuck on Archie Scott Brown – was at least up the mark and dare I say it, perhaps a bit over. But it was the cover story that turned it from an unusually good issue by whatever standard I had reached at the time, to the best to have my name atop the flannel panel.

The subject was the still unknighted Stirling Moss, the occasion his 70th birthday. The coverline ran: ‘As the boy wonder hits 70, why he’s still our greatest sporting icon’. I remember to this day the conversation held with Deputy Editor Gordon Cruickshank still of this parish, and my then Managing Editor Matt Franey about whether we could stand that line up or not. To extend the scope of his greatness to all sport seemed something of a leap, but wrack our brains though we did we could think of no-one more deserving, at least to a Motor Sport audience. Perhaps if we’d been at the Angling Times it would have been different.

And the story itself could scarcely have been bettered, and I can say that because I didn’t write it. Instead it was authored by Robert Edwards, a man I’d known since I’d read his breathtaking biography of the aforementioned Scott Brown ‘Archie and the Listers’. His words on Stirling were honest, insightful and relentlessly entertaining. No wonder that when the time came the following year for Stirling’s authorised biography to be written, Edwards’ name was the only one on the shortlist. 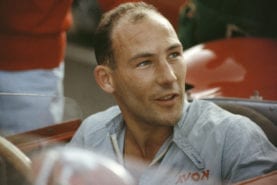 But actually, and it’s hard to say this as a man who’s spent his working life working with words, it’s the pictures I recall with even greater fondness, not least because I remember also the circumstances in which they arose.

As ever we were late. I’d been meaning to get a shoot of Stirling in the bag for months but for reasons varying from incompetence to indolence I’d done nothing about it until the last minute. By then I knew Moss quite well, but only from a working perspective and absolutely not as the friend he would become. But there was no question of just bumping the story back an issue: his birthday was on September 17th, which just happened also to be the day on which Motor Sport went on sale.

So I rang him up, he told me he was here, there and everywhere as usual and asked in rather clipped tones why I’d not enquired earlier. In short he said it would not be possible and that was the end of the conversation. At which stage I think I rather panicked. And I was still panicking when the telephone rang. It was Susie Moss. If I could get a photographer there the following morning we could have ten minutes. She was very sorry but that’s all the time there was.

So I called Charles Best, the best portrait photographer with whom I have worked, and prayed he was available. He was. He liked the idea of ten minutes even less than me but if we could get just one shot for the cover, that would do: we could fill the story itself with archive imagery.

But Charlie didn’t get ten minutes. He got two hours, after which Stirling took him to the pub. As for the pictures themselves, well when the Mercedes-AMG F1 team first tweeted about his passing on Sunday, it was accompanied by a photograph from that very shoot from over twenty years ago. By any standards, it was an astonishing set of images. 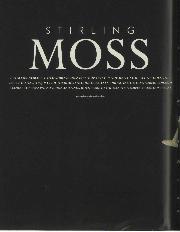 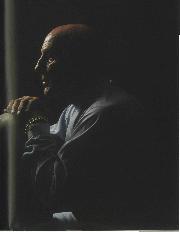 "One day", opined a chum in a very world-weary way, "there will be a racing magazine issue which doesn't mention Stirling Moss." I.T.M.A. syndrome. It's That Man Again. Well, tough,…

Exactly ten years later, at Stirling’s 80th birthday dinner at Goodwood House no less, one of his closest friends told me that Stirling always considered that story part of the reason why, six months after it was published, he was knighted by Prince Charles. I’d love to believe it were true, but I can’t quite make the leap in my head. I suspect it had rather more to do with the fact that he was Stirling Moss.

But if the story did nothing more than remind a key person or two that ‘our greatest sporting icon’ was still around, then it would be terrific to think the magazine that carried the report of his greatest triumph on the Mille Miglia in 1955 also played even a walk on part in the nation he loved so dearly finally sitting up, paying attention and recognising his incomparable contribution to our motor sport heritage.