A procession, including cars from the museum and local clubs, will take place around the 24-time race-winner’s birthplace of Balcare, ending at a newly-built mausoleum constructed next to a museum containing his competition cars.

Stewart is the only remaining living pallbearer from the Argentinian’s funeral in 1995, the original six including, Stirling Moss, José Froilan Gonzalez and Carlos Reutemann, and the triple F1 champion will assist in the move to the new resting place, constructed just a few streets from Fangio’s original birthplace.

“I’m carrying his remains to his racing car collection. He was the greatest driver of all time,” said Stewart at this weekend’s Mexico City GP, where he also presented Valtteri Bottas with a replica Fangio helmet and goggles for taking pole, commemorating the same 70th anniversary. 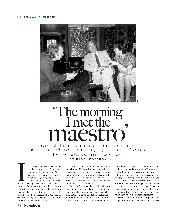 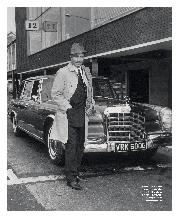 “My first race abroad was Monaco,” said Stewart in the Fangio documentary A Life of Speed. “But the most important thing that happened was, when I won the race, I was still in the car, and the first man that came to shake my hand was Juan Manuel Fangio.

“For me, it was a dream because he was my ultimate hero. He was the best racing driver that I’ve ever seen drive. He was the epitome of the great sportsman that won races in a variety of different cars.”

In the film, Stewart also remembered the funeral he was present at 26 years ago.

“I’ll never forget it. Balcare is a small town, with a typical Argentinian square. There were 10,000 people there, and there was complete silence. Then someone suddenly clapped. The whole village exploded, amazing, for the love of Fangio.”

The collection of racing cars by the Argentinian’s new resting place includes his streamlined Mercedes W196, with which he took two world titles, a Maserati 250F in which he achieved the same feat, a Lancia-Ferrari D50, and cars that he used to compete in early rallies.