John Player Team Lotus had planned to send two of its new Type 76 to the 1974 Race of Champions, for Ronnie Peterson and Jacky Ickx to drive. But because the UK was in turmoil – a miner’s strike, power cuts and the Three-Day Week – it decided instead to ship them directly to South Africa after testing in Spain. 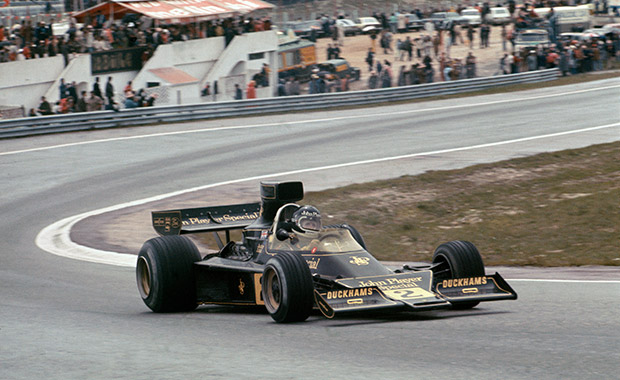 Ickx in the 76 at Jarama

Running behind schedule nevertheless, it prepped a singleton 72E for Ickx for the non-championship encounter at Brands Hatch.

With a history stretching from Emerson Fittipaldi’s maiden Grand Prix win – at Watkins Glen in 1970 – to the corresponding race five years later (with Brian Henton at its wheel), R5 was the busiest of the team’s nine 72 chassis.

It was so good that they built it twice.

Its first iteration won four GPs in Fittipaldi’s hands – among them the Monza victory that sealed his 1972 World Championship. On the latter occasion it was wheeled out in emergency after the transporter crashed a few miles west of the circuit.

Fittipaldi also used it to win the 1973 Spanish GP, despite a deflated rear tyre, before crashing it comprehensively in practice at Zandvoort when a wheel failed. 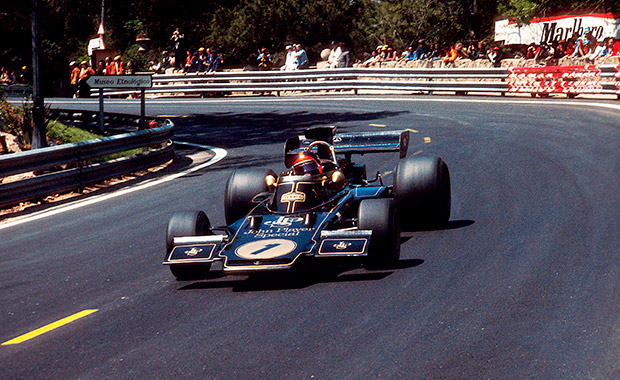 R5 had by then contested more than 30 races, winning seven, including the 1972 Race of Champions and, also at Brands Hatch, the Rothmans £50,000.

Its reconstitution was meant to be a stopgap for the Argentinean and Brazilian GPs of January 1974. In fact, R5-2 would contest more GPs than did the original – and add another victory to its tally.

Newcomer Ickx drove it in South America and, although outpaced by Peterson, he scored the team’s best result: a lapped third in Brazil.

At Brands in March, however, he found speed hard to come by and qualified 11th on the new two-by-two grid. The atmosphere was hardly improved when the oiling system failed and a Cosworth DFV, prepped in readiness for Kyalami, had to be uncrated and fitted prior to the 40-lap race.

Only Ickx smiled when rain began to fall on race day; the stylish Belgian possessed finesse in low-grip situations that few could match. 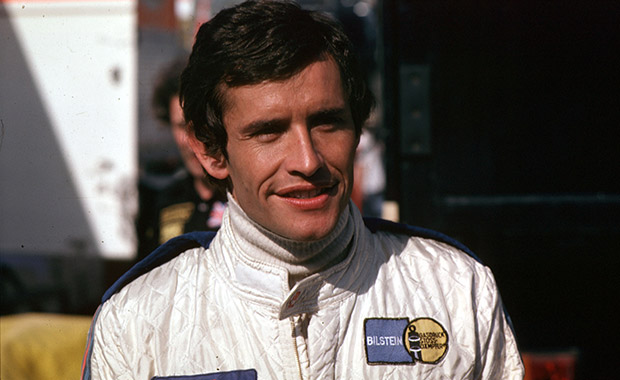 James Hunt wasn’t one of them on this occasion. Having set an auspicious pole on his Hesketh’s debut – 2.7sec better than Ickx’s best – he made a tardy start and spun from contention at Druids on the second lap; the car was unmanageable in these conditions.

Carlos Reutemann, who had come within an ace of winning his home GP, led the early stages from the second row. He would end his day, however, dazed against the sleepers at Druids, his brand new Brabham BT44 badly crunched.

Niki Lauda had long since taken the lead, his Ferrari 312B3 as composed in the wet as it had been in the dry.

But Ickx was the fastest man on the track. On lap 15, he passed Fittipaldi, now at McLaren and in top form, for second place. By lap 30, he had Lauda in his sights. The move, when it came, was epic. Having feinted once and surmised that Lauda hadn’t seen him, Ickx went for it on lap 35.

This was the final year of the original Paddock Hill Bend, before its re-profiling created the tarmac expanse we know today. In 1975, a relatively fit man with an Atco could have mown the run-off in less than an hour. Yet the blithe Ickx came from way back, teetered over the crest and sailed around the outside. 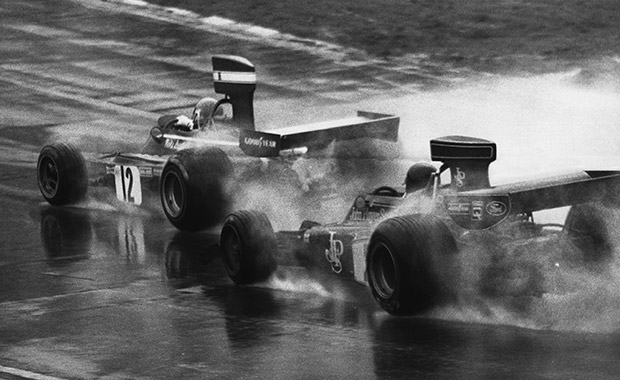 Though Lauda might have been more aggressive in defence had he not been hampered by a sticky shocker and had points been at stake, it remains one of the most memorable passes in F1 history.

Certainly, it was the high point for Ickx at Lotus. His relationship with Colin Chapman proved starchy and the 76, with its two-pedal arrangement and electronic clutch, was disappointing. A first-lap collision with Peterson at Kyalami – Superswede’s throttle had stuck open – proved indicative of the problems.

Jacky persevered with the recalcitrant machine longer than did Ronnie because he knew he couldn’t outpace him in equal equipment, but his best results that season – a third at Silverstone and fifths at Dijon and Nürburgring – were scored in R5-2.

He was still riding the old warhorse one year on. He finished fourth at the Race of Champions and second at the sadly curtailed Spanish GP, but his patience wore thin and he split from Lotus after a front brake shaft failed – remember Jochen Rindt at Monza 1970! – at Paul Ricard.

The brilliant 72 had lost its lustre.

So, too, had Ickx. Long tipped as a potential world champion, politics at Ferrari and inertia at Lotus – it was blinded by Peterson’s raw speed and ability to drag results from the dust – had sapped him. In an era when the mid-30s were viewed as a driver’s prime time, he was, to all intents and purposes, done with the business of winning GPs at 30.

Though this allowed Ickx time to rebuild his track career with Porsche, and end it as arguably the greatest sports car driver, this writer prefers to remember him as the man who mugged Lauda, in the wet, in R5-2, and in total, sublime control.

As unintended final flourishes go, it was a Duesie.