The 1996 Williams F1 car, which Jacques Villeneuve used to pull off one of the all-time great grand prix overtakes, is now up for sale.

This Williams FW18 – chassis no3, is the very same one driven by Villeneuve as he swooped around the outside of Michael Schumacher through Estoril’s final corner at the 1996 Portuguese Grand Prix. It is has been put on the market by Speedmaster Cars with an asking price of £2.2m.

James Hanson, who owns the historic car dealership, said: “This car is on a different level to what most people have experienced.”

A racing machine as dominant as it was elegant, the FW18 might just be the benchmark for late-90s F1 car design. Fans of the McLaren ’98 and ’99 efforts might have something to say about that, but it’s a close-run thing.

Penned by perhaps the greatest F1 car designer of all time, Adrian Newey, overseen by Williams technical director Patrick Head and with aerodynamics shaped by rising star Eghbal Hamdiy, the FW18 has a provenance few other competition cars can match.

Powered by a Renault 3.0L V10 which revved to 16,000rpm, the car won 12 races in ’96, as Williams both dominated the Constructors’ Championship and took the drivers’ title too.

The French-Canadian would come up short only to team-mate Damon Hill that year, as the Brit took a famous drivers’ world title.

“Two things stand out about this car,” says Hanson. “Just how successful it was in 1996, and in particular the overtake at Estoril.”

On that day in Portugal in ’96, Villeneuve was desperately trying to keep his title fight alive. Fighting to catch-up with Hill after a bad start, the ’95 Indy 500 champion used his full-IndyCar acumen to drive right round the outside of Ferrari’s Michael Schumacher as he brilliantly made up ground, going on to eventually win the race. 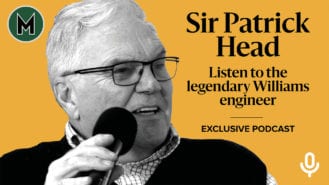 In the latest of our new podcast series, Patrick Head talks about working with top drivers and masterminding Williams' success in the 1980s and 1990s

“I remember at the time watching on TV and reading about it – it was fairly spectacular,” Hanson said.

“If you’ve ever driven round Estoril, you’d know how difficult that move would be in a Formula Ford car, never mind an F1 car,” said Hanson. “It’s not for the faint-hearted.”

Speaking more about the provenance of the car, he says its appeal goes far beyond its aesthetics and on-track achievements.

“The design of it, when you start to look underneath the skin, the attention to detail is incredible,” he says. “From the damper arrangement to everything else, it’s more like a Swiss watch rather than a racing car.”

Hanson also highlights that charming details featured on Williams cars of this period make them all the more special.

“The cool thing about this car is that every time they won a race they stuck a gold star inside the cockpit,” he reveals. “Every time they got a second there’s a silver one, and for each pole position, it got a red star. So it’s got three golds, two silvers and two reds.” 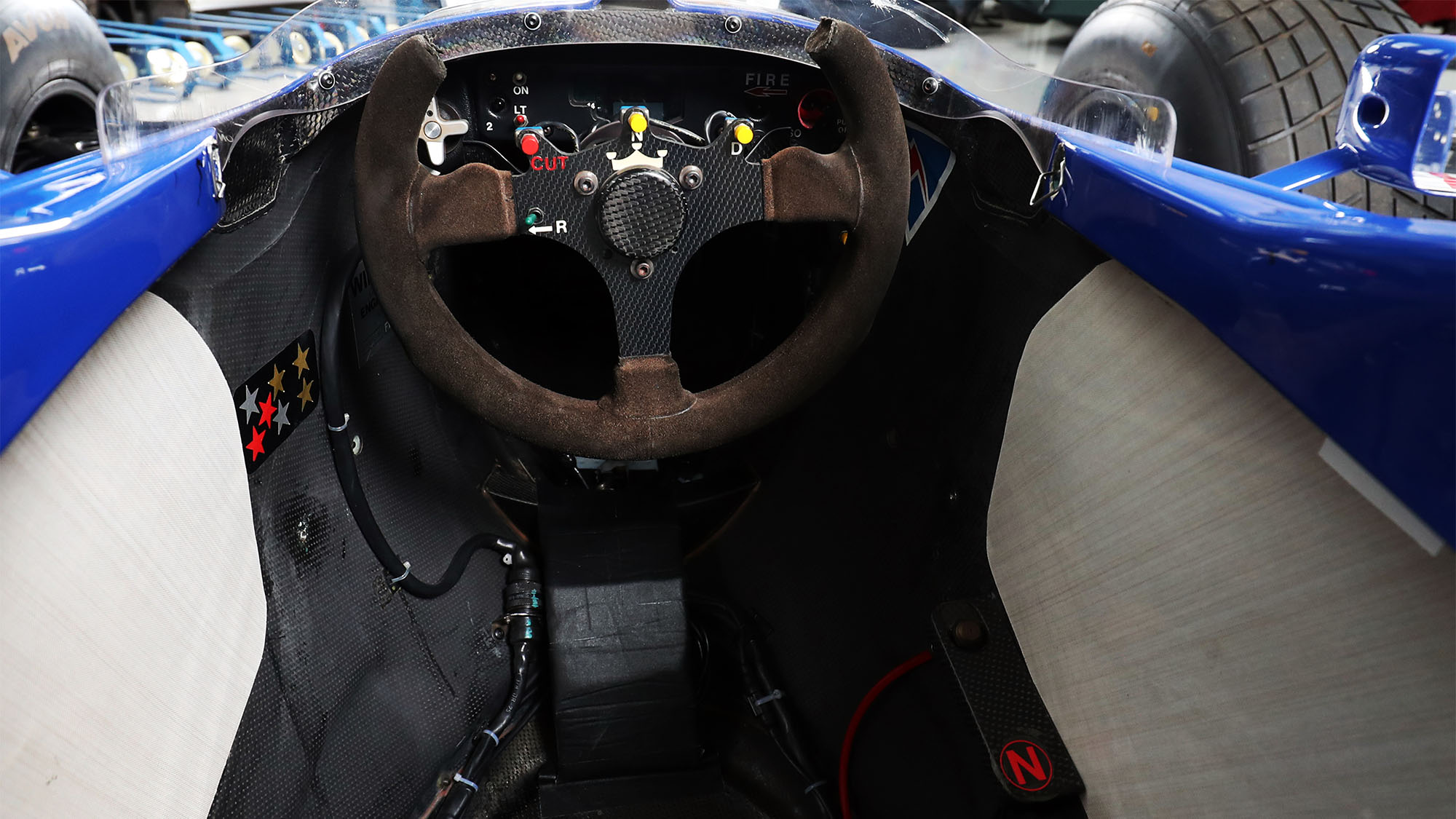 Stars on the cockpit’s left denote its achievements

Whilst chassis no3 has been in private ownership for a number of years, including at one point in McLaren F1 team boss Zak Brown’s stable, it has always been maintained by Williams Racing’s heritage department.

The car is in running condition, can be run with “minimum preparation” and will be eligible for being driven at heritage events.

As Hanson highlights though, the sheer aerodynamic grip produced at full-speed is what truly makes driving this car an unparalleled experience.

“The downforce on this car will quite simply will be on a different level to what most people have experienced.”

The Williams FW18-3 is currently on sale at Speedmaster Cars. 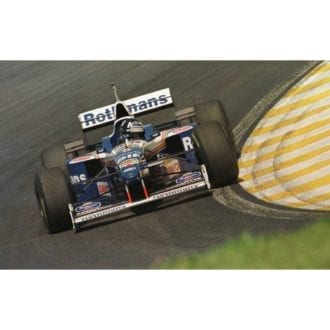