The very last Hesketh F1 car that James Hunt drove before moving to win the drivers’ title with McLaren has sold for “a high six-figure sum”, according to its seller, the historic car dealer Duncan Hamilton.

The radical 308C, designed by Harvey Postlethwaite and driven by Hunt to fourth and fifth at the last two races of ’75, represents one of the great F1 cases of ‘what could have been’.

Due to a lack of finance, this very car – the 308C chassis no1 – was sold to the Wolf-Williams Racing team – whilst the Hesketh team (with a new sponsor) staggered on with an updated version of its old challenger in ’76.

Speaking to Motor Sport about the car, the team’s original owner Lord Hesketh said team and machine represented “A belief in a kind of English genius. A country that’s got real abilities.”

The motley Hesketh crew, funded by its eponymous owner and led by his friend Bubbles Horsley, had already taken its first win earlier in ’75 with Hunt at Zandvoort, in only its second full season. 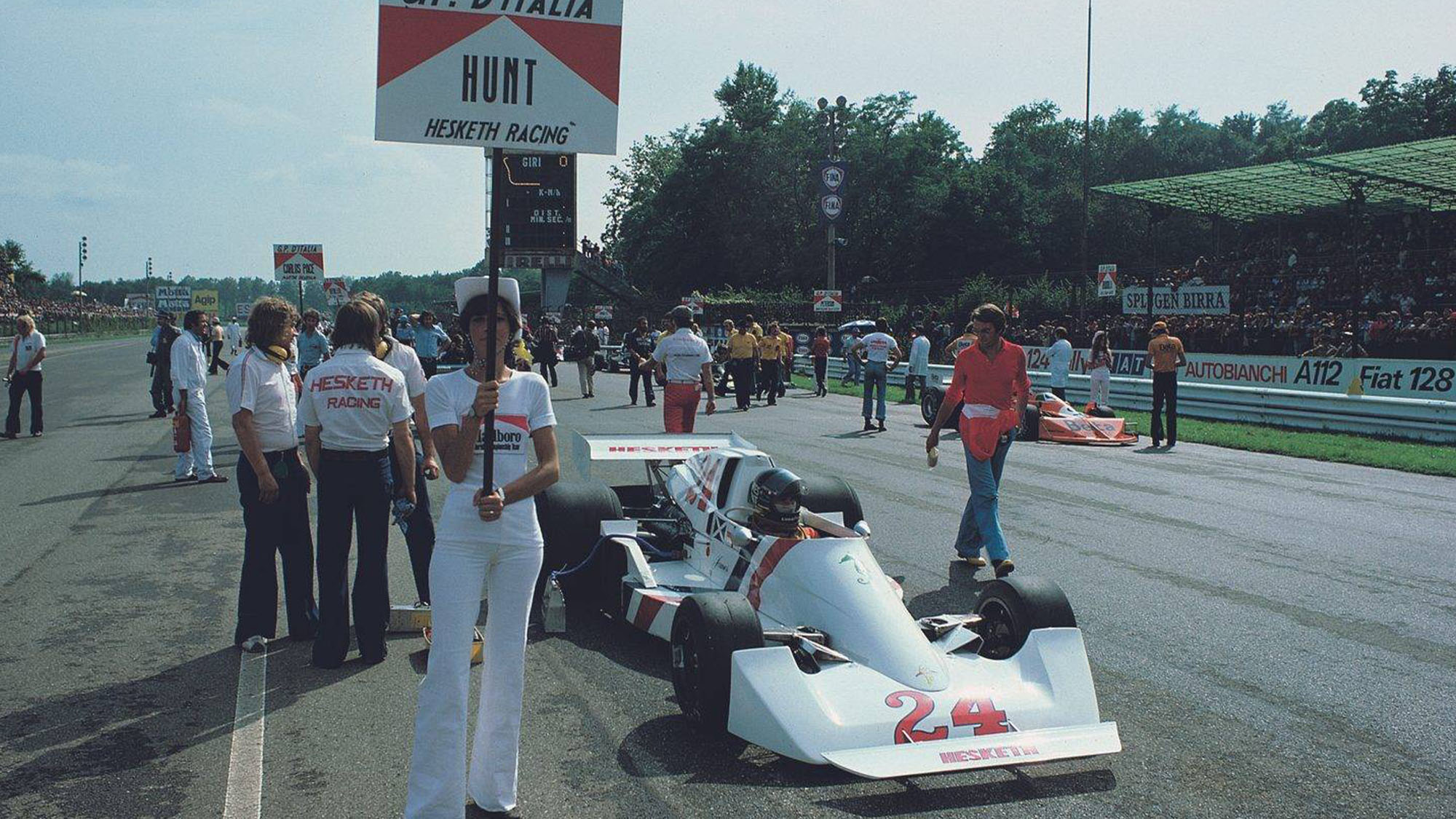 The winning car that day, the Hesketh 308B, was also designed by tech prodigy Postlethwaite. As explained by Hesketh, the team was looking to kick on in its own inimitable fashion. The team felt that first win had been long overdue, and invested the knowledge accrued in the new 308C.

“We were pretty pissed off by ’75 because on a quick track we were the only car that was really competitive with the Ferrari 312B,” he says.

“We were pretty excited because we’d already paid the price, we learned from all the mistakes, bits falling off like the gear stick which came away in James’ hand when we won.”

As Hesketh explains, its successor, the 308C, was a result of an idiosyncratic relationship nurtured between driver and designer. 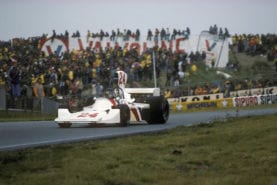 “James was able to describe what was happening in the car in a way that Harvey found wholly comprehensible and was able to react to in a positive way.”

The result of that reaction was the Hesketh 308C.

The car has several unusual design features, including being one of the few cars on the grid in ’75 to not have an airbox, unconventional rear suspension set-up and also have its radiators right up against the rear wheels. Lord Hesketh says the freedom team members were afforded resulted in greater lateral thinking towards design.

“These processes happen when the operation is not entirely being run as a business. In those days, there were teams that were not dependant on being a business,” he says.

“You have some teams that are run by control freaks, but we were at the opposite end of the spectrum. The great thing about not having a sponsor, everyone can get on with their job and didn’t have to worry about anything!”

Hesketh went on to detail what made the car unique.

“It was the ultimate expression of a small F1 car,” he comments. “It was the first one to have major bits of carbon fibre as part of its actual chassis.”

“It was also the first to use rubber suspension at the rear [mounted on rockers]. This was done with Malaysian Rubber Company.”

The team’s chief engineer, Nigel Stroud, explained to Motor Sport in his and the team’s typically relaxed fashion how he came up with the components he contributed.

“Harvey absolutely hated my front brake ducts – because he didn’t do them!” Nigel Stroud

“I did the front wing, and the front brake ducts. Harvey absolutely hated the latter – because he was Harvey! He didn’t do them,” Stroud says laughing. “They were just knocked up from a bit of aluminium in an afternoon.

In keeping with the team’s quirky reputation, Stroud is laidback in the extreme as to explaining the inspiration behind the design.

“Oh I don’t know, it had to have a front wing!” he says. “There were some horrible suspension bits sticking up in the air [at the front] that were seriously un-aerodynamic. So I decided to bung a couple of brake ducts in front of them, which I thought was quite sensible.”

As Hesketh could no longer afford to fund the team beyond ’75, the small squad needed a sponsor. It ploughed on with the car design anyway in the hope that one would be found.

“It was a progression but you had to do it, because you had to assume we would get the finance from somewhere,” Hesketh says. 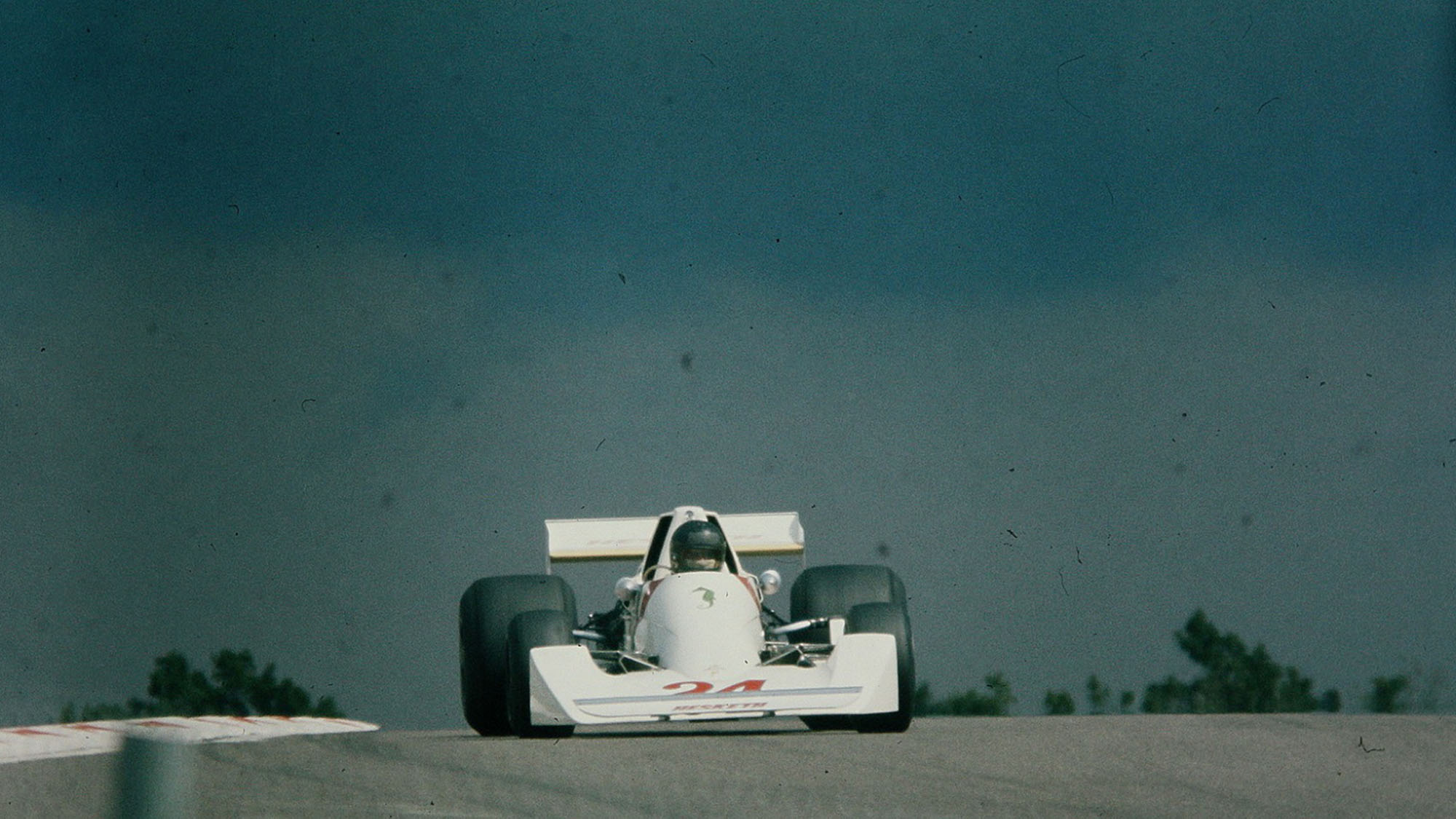 “If we hadn’t, we’d have looked pretty silly with the old car!”

Asked if he thought the Hesketh team might have been able to go on to more success with the 308C in ’76, he replies: “I dunno, it might’ve been a turkey!”

Though Hesketh himself insists he’s unsentimental, what the car represents for him and the key members of that team is the end of a racing dream. The rock ‘n’ roll F1 band would have to be broken up.

“What what was going to happen was that two people would have to go – and that was James and Harvey,” he says.

“For their careers and for money. James had quite a lot of world championship points but probably made less money than anyone else contemporaneously by quite a wide margin.”

Stroud is more reflective in contemplating what might have been.

“I think we gained a lot of respect from the other teams, in our first year [with their own car],” he says. “It was just a shame it didn’t continue.”