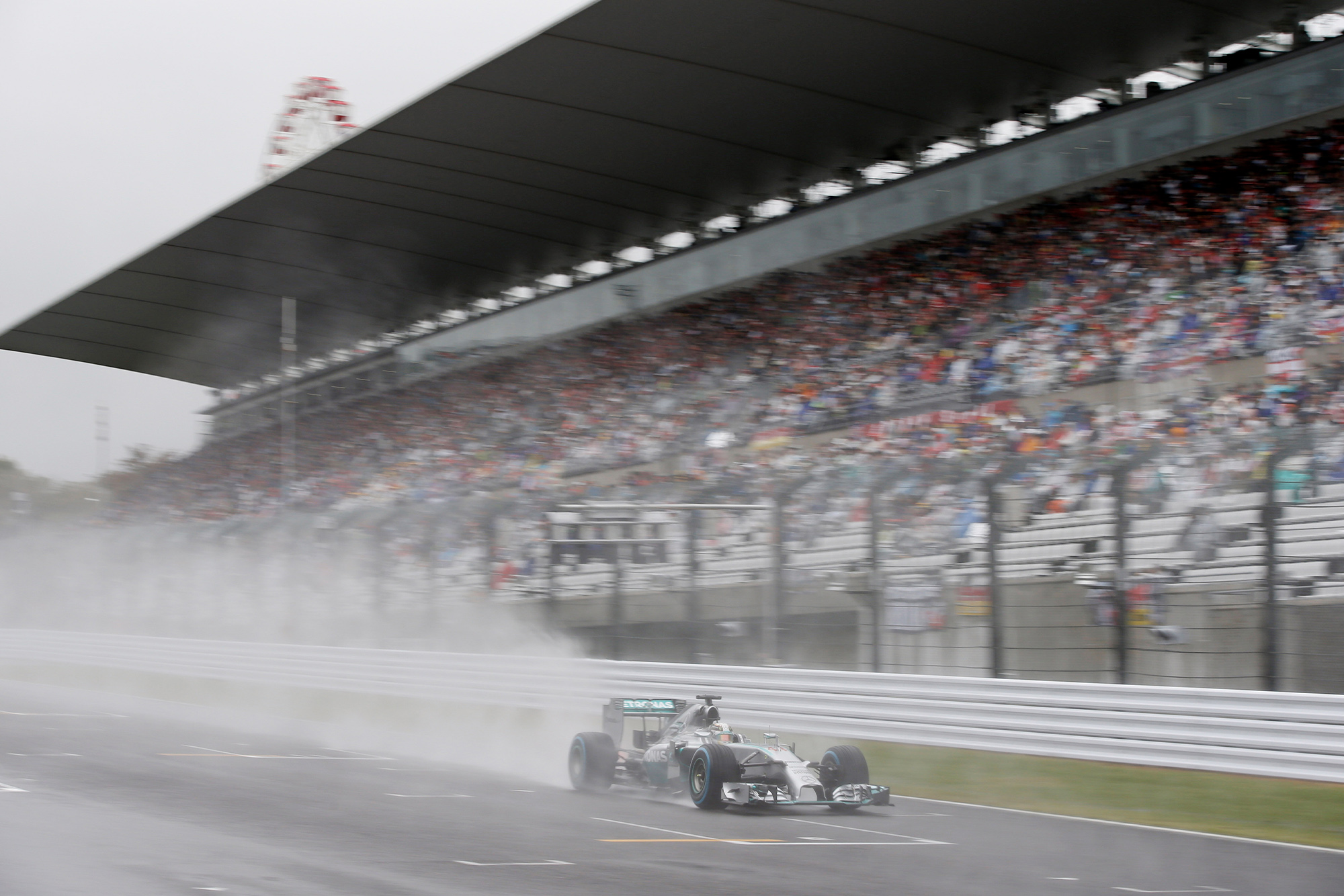 Qualifying for this weekend’s Formula 1 Japanese Grand Prix has been postponed until Sunday morning, as the Suzuka circuit prepares for the imminent arrival of Typhoon Hagibis.

Teams have been battening down their equipment and placing sandbags ahead of the Category 5 super typhoon, which is projected to bring 90-120mph winds and heavy rain to the track on Saturday.

Organisers have cancelled all of tomorrow’s sessions, so drivers will now qualify four hours before the race, at 10am local time — 2am in Britain.

However, if the severe weather continues into Sunday morning, then qualifying will be abandoned and the results of today’s FP2 session will be used to determine the grid.

If the grid was determined by the second practice session, Valtteri Bottas would line-up ahead of Lewis Hamilton in a Mercedes front-row lock-out, while Charles Leclerc and Sebastian Vettel would start fourth and fifth respectively.

This is the third time in 15 years that qualifying in Japan has been postponed until Sunday because of the weather. In 2004, Typhoon Ma-on forced qualifying to be pushed back to Sunday which resulted in a shaken-up grid.

2010 also saw qualifying moved to the morning of the race as adverse weather forced running to be rescheduled.

The announcement that qualifying would be delayed, “in the interests of safety for the spectators, competitors, and everyone at the Suzuka Circuit” was widely expected, after several days of forecasts showing the track in the path of the storm.

There was little optimism among drivers during Thursday’s press conference, with Nico Hulkenberg admitted that “we’re at the mercy of the weather”, while Leclerc added: “I think it’s pretty clear if the typhoon is going to come here there’s no way we can drive.” 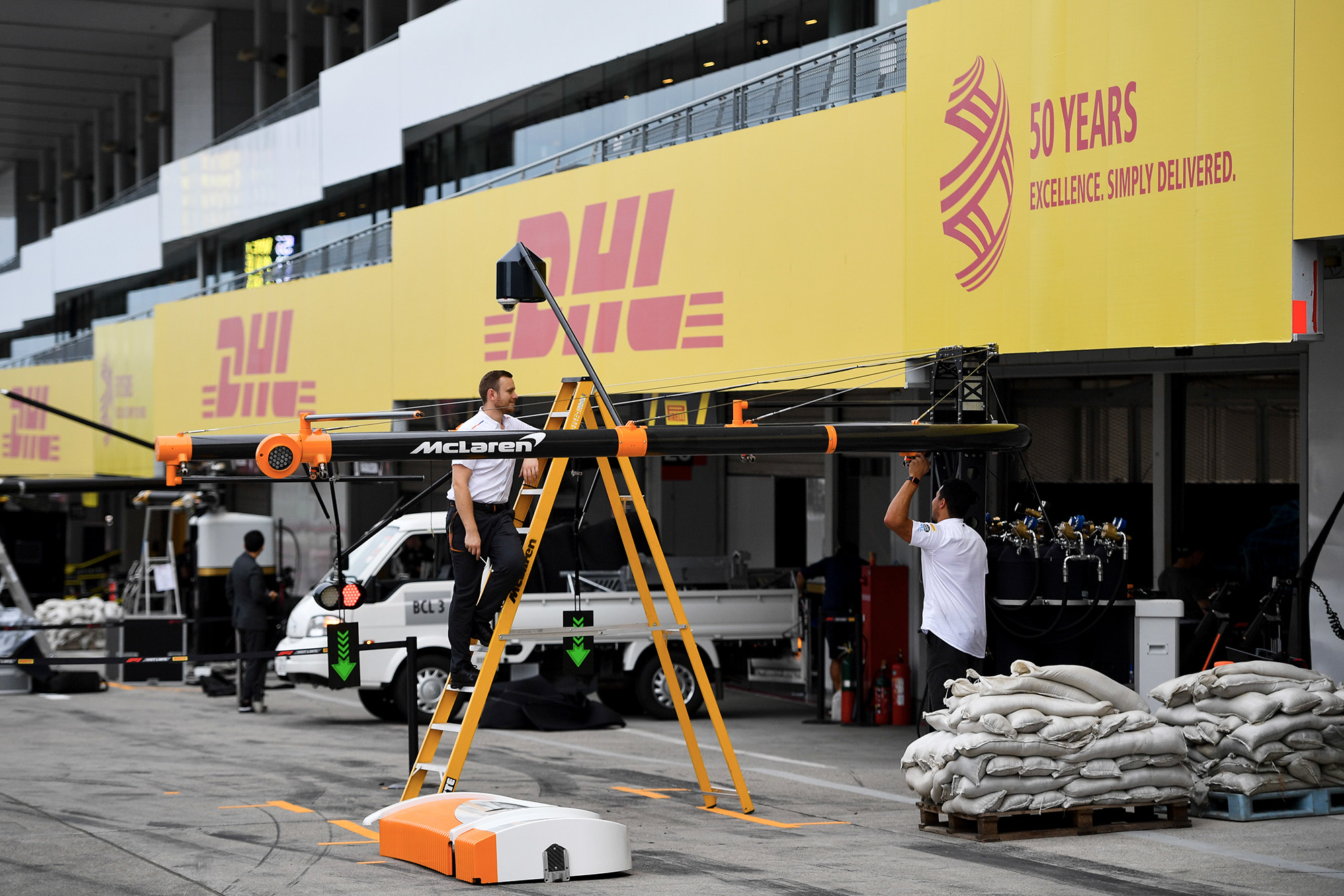 Carlos Sainz said he believed the FIA and race director Michael Masi would make the right decision based on what is right in terms of safety.

“I have full trust in Michael and his team that we will run in safe conditions if we do so. Hockenheim is a good example.

“The first five laps of the race it was clearly a bit too wet and until the drivers there in the midfield, we didn’t say it was safe enough, it wasn’t clearly green flag.

Will the Japanese Grand Prix be affected by Typhoon Hagibis on race day?

While Saturday is projected to be hit by the worst of the weather, Sunday’s race is expected to take place, though the threat of rain looms.

Most weather reports predict conditions to have improved largely by race day, though Refinitiv (formerly part of Thomson Reuters), which provides information to financial markets, suggests that the typhoon could still be felt.

Only a 20 per cent chance of rain is expected as the worst of Typhoon Hagibis moves Northwards and back towards the Pacific Ocean.

The last of the rain is expected to clear between 9am and midday, which could affect the revised qualifying session; FP2 results will be used if the cars cannot run on Sunday morning.