Looking back on Paul Ricard, which returns to the F1 calendar in 2018 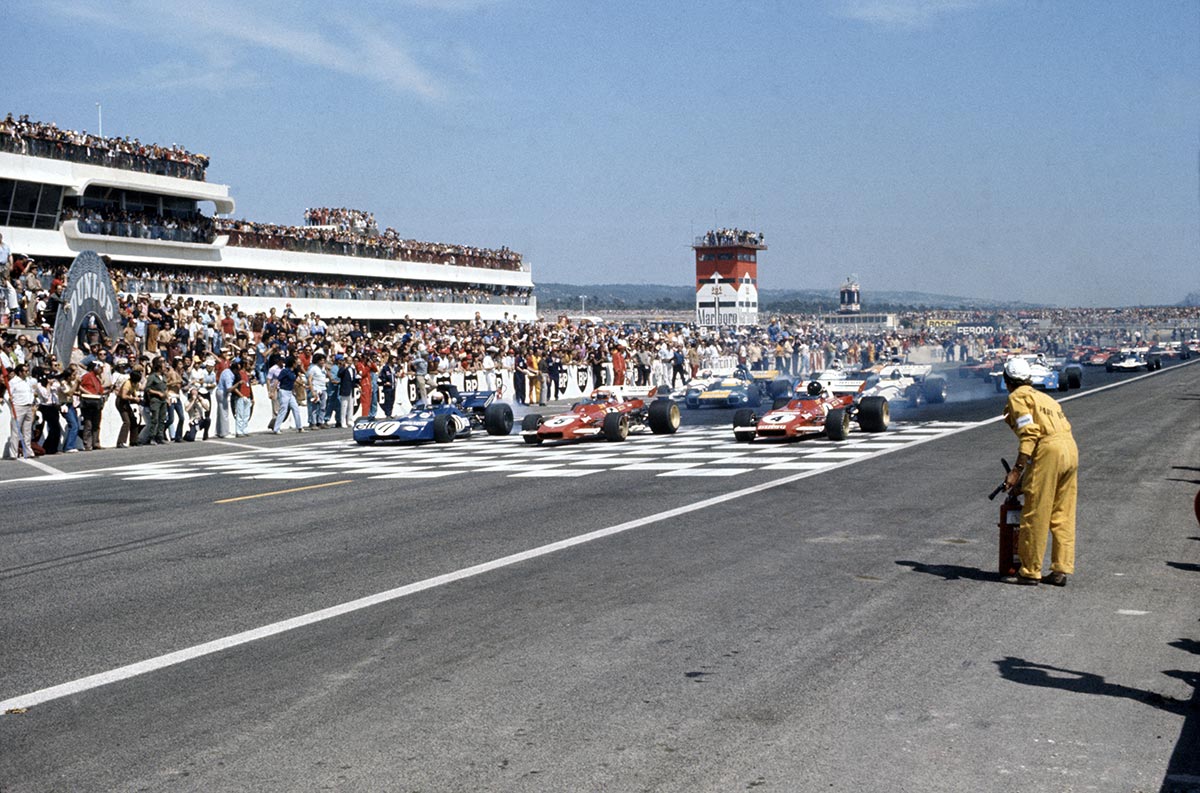 Formula 1 will return to Paul Ricard in 2018 to host what will be the first French Grand Prix for 10 years.

The most recent French Grand Prix was held at Magny-Cours in 2008, when Felipe Massa led Kimi Räikkönen in a Ferrari 1-2. Paul Ricard, meanwhile hasn’t held a Grand Prix for almost 30 years – Alain Prost won the last in 1990.

The circuit, owned by Bernie Ecclestone’s company Excelis, was opened in 1971, and this is Denis Jenkinson’s notes on the circuit following that inaugural Grand Prix:

With the Grand Prix of France taking place on the newly-built multi-million-pound Paul Ricard circuit alongside the Castellet aerodrome, about equi-distant from Marseilles and Toulon, it was natural that the circuit was the main topic of conversation. Before anyone else credits or blames me with the following opinion, and it was being done in the paddock before the meeting was over, I must quote Robin Herd, the March designer, on the subject of M. Paul Ricard’s 1970 monument to motor racing. Herd said he thought it was rather sad to think that when we were on our way to the 1987 Monaco Grand Prix we should take time to turn off the Autoroute after Aix-en-Province and drive into the hills, to stand in the quietness of the scrubland and look at the great, crumbling, disused stadium, all broken down and overgrown, and recall where Amon once spun off and Stewart had a slight accident, and then continue on our way to Monte Carlo.

That was Robin Herd’s opinion of the whole vast and extravagant affair of the Paul Ricard circuit and all I can say is that he said it before I did. There have always been monuments and follies built by man in his enthusiasm to create things, some of them artistic, some of them political and others of a sporting nature. In Spain you can see the Sitges banked track, in England the Brooklands track, in N. Africa the Mellaha concrete wonder at Tripoli, in Northern France the Reims circuit, in Southern France the Miramas autodrome, and so it goes on. In Germany you can still visit Hitler’s fantastic stadium at Nürnberg, in England you can visit Stonehenge; all wonders of the world created by that ever-ingenious animal known as Man.

Continue reading on the Archive