Part four in a series of extracts this week from Jim Clark – The Best of the Best, written by David Tremayne and published by Evro publishing, available to order now

Jim Clark’s humble beginnings, and the immense talent that he was getting to grips with 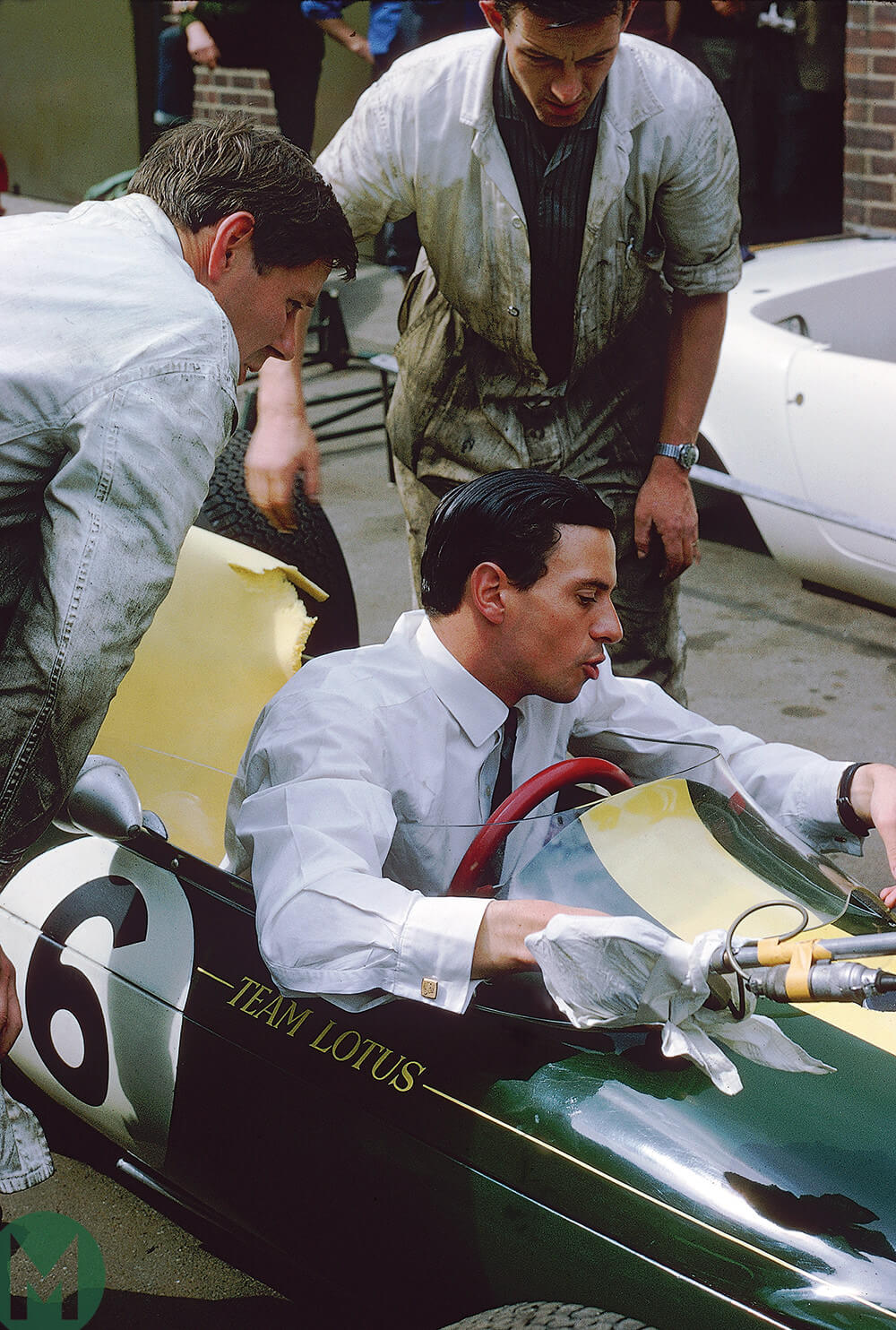 Perhaps to an extent in the early years he was a naïve country boy, but there was always that hard vein of integrity and fundamental understanding of life, bred in him by the disciplined upbringing that was the cornerstone of who he really was.

Shy? Yes, but dependent on the company — ‘reserved’ is perhaps a better word. Contained. Unlike lesser drivers, he never felt the need to embellish his performances at the wheel with self-serving explanations of his own derring-do. That was anathema to a man who was happy with his own counsel, and only tended to open up in company in which he felt comfortable. And who rarely opened up fully. He was never one for cocktail party small talk, unless it was with an attractive female.


Initially he was a farm boy who cared for animals, with all that implies in terms of understanding that life at some levels boils down to the hard facts of living and dying, and an early appreciation that nature isn’t always fair.


Yes, he possessed an innate skill behind the wheel that elevated him at the very least to an equal standing with the greatest racing drivers of history. But far beyond that he exuded charm and manners and integrity that reflected his upbringing. He came to understand his enormous talent perfectly, having initially been bemused by it and embarrassed when Ian Scott-Watson and Jock McBain kept going on about it. As he won races from one side of the globe to the other — and in doing so came to mix with, but not have his head turned by, the glittering and the famous — his feet remained firmly on the ground, his heart in the farmland of the Border region. He remained true to himself, and perhaps nothing epitomised that more than his signature on his Team Lotus contracts. He signed them James Clark Junior.


A letter he sent to well-wishers after his 1963 title success summarised his humility.


‘I do hope that you will understand why this letter in reply to your message of congratulations has been duplicated and why it has taken so many days to reach you,’ he wrote.


‘Since I was fortunate enough to become the new champion, I have been deluged with letters as kind and as welcome to me as your own. I could never have dreamed that there were so many hundreds of old friends who would wish me well.


‘My natural desire to answer all these messages individually has been frustrated by the fact that I have been racing or travelling almost continuously ever since.


‘This little note is the only way I can say a brief, though heartfelt “thank you” before dashing off for a lengthy sojourn in the United States.


‘Please accept this in the spirit in which it is written and I dearly hope that I will be able to express my gratitude to you personally some time in the not too distant future.’


He came from a family that spoke its mind. When Colin Chapman visited the family home at Edington Mains, where, remembered biographer Graham Gauld, Jim initially tried to persuade the Lotus boss to land his Piper Commanche on a nearby undulating field, to the Clark family he was just another visitor who came in a different form of transport. George Campbell remembered the occasion with a chuckle.


‘Jim says, “Come to Berwick and follow the road until you come to a big farm with big red buildings, you’ll easily recognise it. There’ll be a load of folk watching you come in.” And Chapman got to the field and landed, him and his wife, and Old Man Clark is sitting on the road and they come walking across and Old Man Clark says, “If you could build a bloody car that was reliable, you could have won a lot more races.” That was the first thing he said to him! Chapman was speechless!’