There’s a small but very special photograph in this month’s issue of Motor Sport, showing Jim Clark enjoying what was possibly his final beer.

This rarely seen – if ever – piece of motor racing history is something out of the ordinary. The Scot is sharing a beer with the talented and often forgotten Kurt Ahrens Jr having just been on German television. Ironically, it’s a sobering image, and one Ahrens is obviously aware of his fortune in having. Whether it is permanently in his wallet or brought over for his visit is irrelevant, that it exists is all that matters. 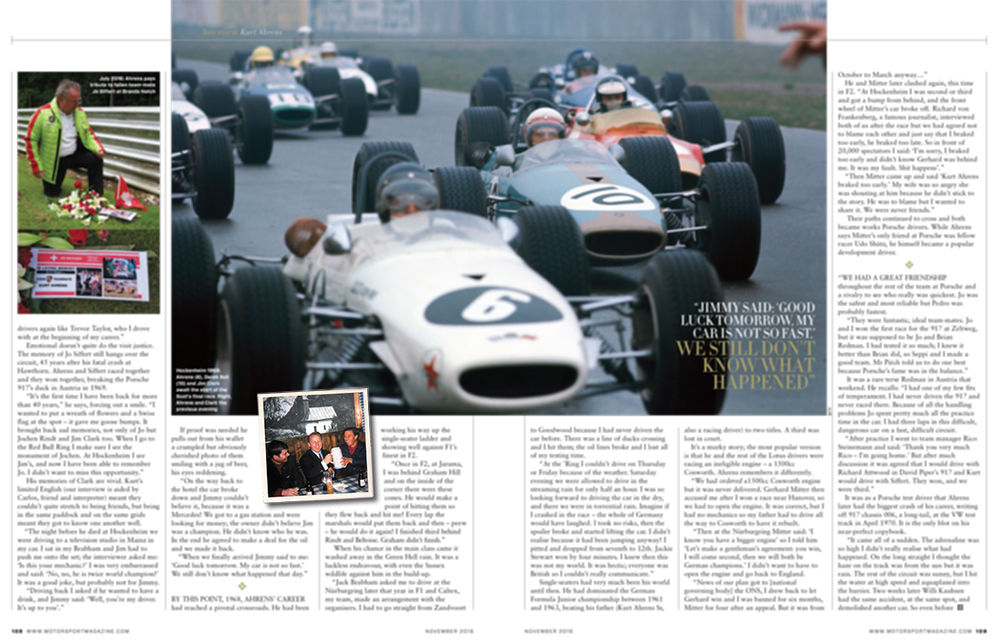 How the meeting came about is a story of good timing, the elusive German had been invited to Brands Hatch for the ‘Legends of’ Superprix. And he was then tracked down among the crowd.

“Yes?” he replies, thrusting a couple of photos of him into my hand.

“I need to give out the trophies for this race, where do I go?” he says through broken English.

And we’re off talking to Carlos, his English-speaking friend. Eventually all agreed and walking back to the Formula Junior hospitality tent for the chat, we lose a man – the key one, Kurt.

“He talks to anyone,” Carlos says while reeling him back in, which bodes well.

Eventually sat down, Kurt (via Carlos) opens, with a laugh, by saying: “the last young guy who interviewed me had pages of questions and notes.”

Thrown off guard, there’s little to do but smile sheepishly back and turn the dictaphone on. He does talk to anyone, and at length, too, covering that evening with Clark, testing the 917, crashing the 917, Le Mans and his good friend Jo Siffert.

You can read the full interview and see that unique photograph of Clark and Ahrens, possibly the last taken of the great Scot away from a race circuit, in the latest issue, available now from the Motor Sport shop, in UK stores Friday September 30 and in the app on Monday October 3. 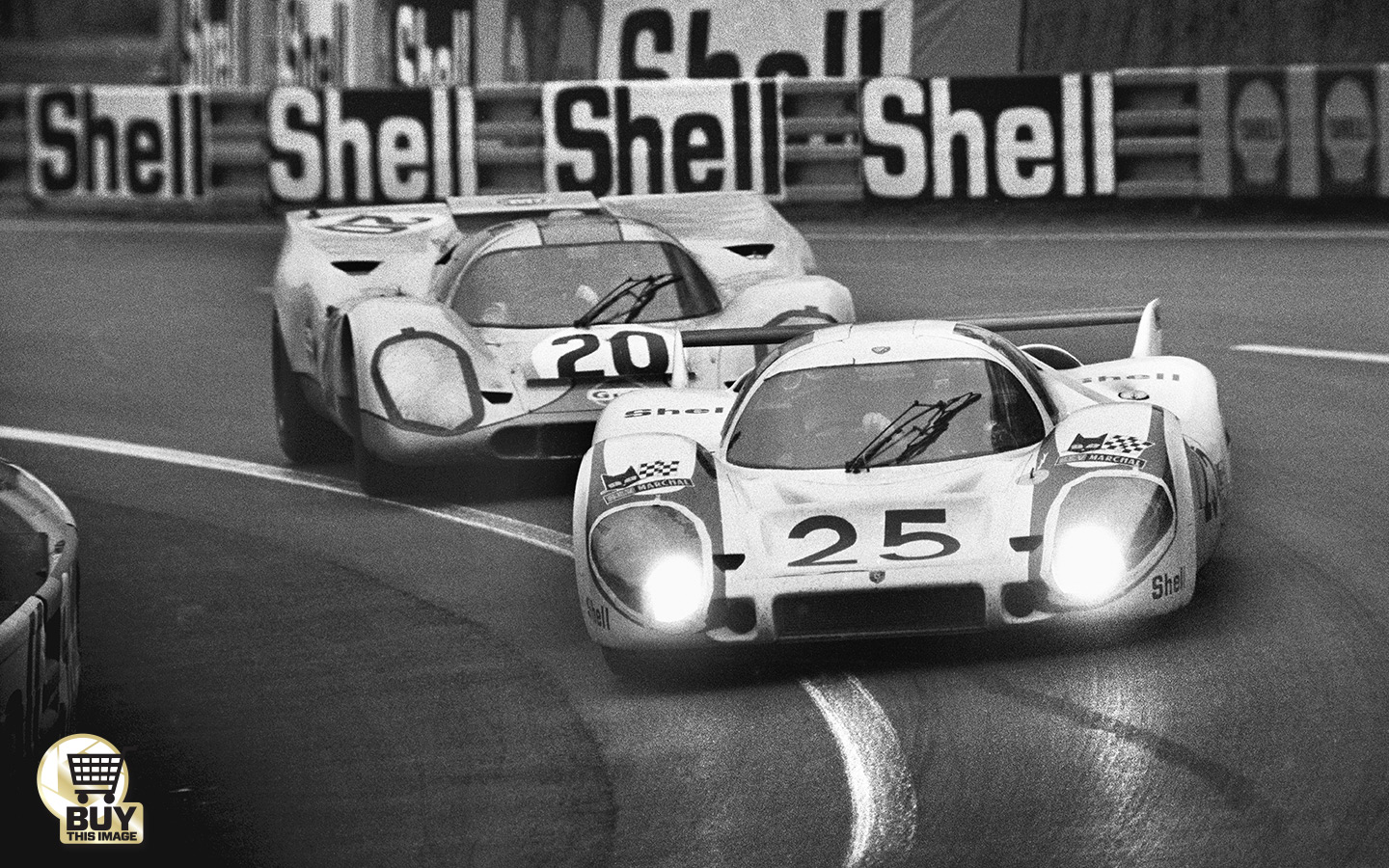