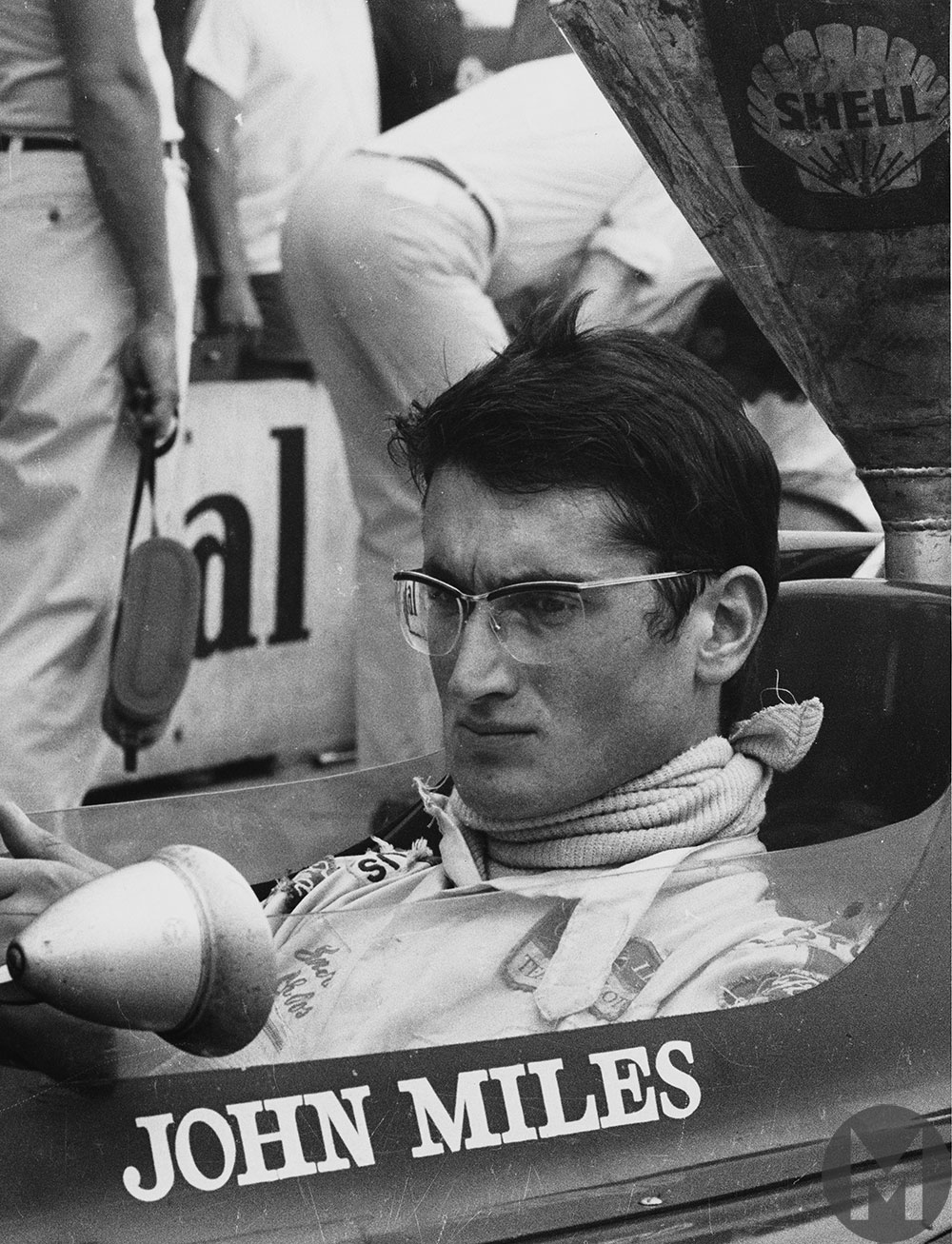 John Miles, son of actor Sir Bernard Miles (then Lord Miles), passed away at the age of 74 on April 8, leaving a legacy as a Formula 1 points scorer, accomplished sports car driver, engineer, road car tester and jazz aficionado. Miles undertook a career as a mechanical engineer and became a development driver who caught the eye of Colin Chapman.

He began racing his first car, an Austin 7, which he bought at 16 and graduated to an Omega-Jaguar a few years later. This led to a successful club racing career and an entry into the 1964 Nürburgring 1000Kms, winning the 1000cc GT class in a Diva GT at the age of 20 with John Peterson.

In 1966, a dominant Autosport GT Championship season in his Lotus Elan caught the eye of Lotus sales director Graham Arnold, who swiftly told Colin Chapman to keep an eye on this young driver. Chapman gave Miles his chance that year as Jim Clark hadn’t turned up to drive his Lotus Cortina at the Oulton Park Gold Cup, and from then he scaled the Formula 3 and Formula 2 ladders alongside the likes of Jochen Rindt and Graham Hill.

Chapman tasked Miles with developing the Lotus 63 F1 car in 1968, having admired his engineering abilities and past results, but the four-wheel-drive car was a handful, and in Miles’ five F1 starts he finished once – nine laps down at Silverstone. Hill’s leg injuries at the US Grand Prix in 1969 gave Miles an opportunity to drive alongside Rindt again, but Miles suffered a string of retirements while his team-mate won five GPs and took the 1970 world championship, posthumously.

Miles didn’t retain his Lotus seat but participated in a few non-championship races, taking a seventh-place finish at the 1971 Race of Champions at Brands Hatch. He followed with a brief foray into sports car racing, driving a DART Racing Chevron B19 in 1971 before winning the Paul Ricard Six Hours the following year, sharing Malcolm Gartlan Racing’s Ford Capri RS2600 with Brian Muir.

Retirement from racing brought Miles to Autocar as a road tester and then involvement with Lotus’ F1 efforts in the early 1990s, setting up the chassis for Mika Häkkinen, Johnny Herbert and Alex Zanardi. After that 18-year career as a Lotus engineer, Miles moved to Aston Martin to develop the DB7 GT and Vanquish.

In his spare time, Miles founded jazz label Miles Music which released the award-winning Tamburello CD by Peter King – inspired by the death of Ayrton Senna – and returned to the 750MC to rebuild an Austin 7. He leaves his wife Diane and family.