“Here’s the thing,” says John Watson of the old Österreichring, scene in modern form as the Red Bull Ring for this Sunday’s delayed and much-anticipated Formula 1 season opener. “If someone could do a simulation of the old circuit and get Lewis or ‘Mad Max’ to do a 10-lap run, then tell us how it compares to the track we have today, I think I know what they’d say. It’s incomparable to what it was.”

An old racing driver telling a younger generation they don’t know they’re living, never mind even born? They’ve heard it all before… But in this case, for anyone who visits the beautifully maintained Red Bull Ring in its stunning Spielberg mountain setting, it’s hard not to think about what’s been lost – especially as the old ribbon of track still stretches off as an unused relic beyond Turn One. The Österreichring is up there with the old Spa-Francorchamps as one of the world’s great race tracks left behind by a changing world.

But unlike Spa, it’s not as old as it appears. The first world championship-counting Austrian GP was held nearby at the Zeltweg aerodrome in 1964, on a forgettable, bumpy L-shaped track that was as suited to purpose as a communal park football pitch for the FA Cup Final. But when the world championship next returned to Zeltweg, in 1970, it was to a stone-cold classic track that had been carved out of picture-postcard Alpine scenery. It’s easy to imagine Nuvolari, Caracciola, Fangio and Moss sweeping through Hella-Licht and the Bosch Kurve – even though they never did.

“I first raced there in 1973 for the Gulf Mirage team in the 1000Kms sports car race,” says Watson, “and what stood out was in every sense it felt like a road circuit, except it was actually a permanent one. I never raced on the old Spa, but it had echoes of that kind of circuit: flowing with fast, long corners.”

Watson would subsequently race in 10 Austrian GPs at the Österreichring between 1974 and ’83, finishing fourth first time out in Hexagon Racing’s privateer Brabham BT44 and most memorably claiming Penske’s first and only F1 grand prix victory in 1976, one year after team talisman Mark Donohue and a marshal died following a tyre failure. The marshal was killed by debris, although Donohue appeared to have escaped serious injury, only for a headache to worsen and a cerebral haemorrhage to claim him two days later.

“There was a poignancy going back for Roger Penske and [team manager] Heinz Hofer a year later,” says Watson of 1976. “But there was no wearing of armbands or walking around in a morose frame of mind. Roger is a pragmatist: what has happened has happened, you can’t change it. He’s a bit like Bernie Ecclestone in that respect. We can’t bring the guy back, we’re here to do a job, let’s do the best we can. That was a positive approach and I have no doubt that contributed to our success that day.”

Watson has only happy memories of a circuit that he admits left him wide-eyed, but appeared to be nothing out of the norm for the time. “Going up into Hella-Licht, the corner past the pits that was slowed by a chicane after Mark’s accident, was an eye opener because you were doing 170mph up to the top of the crest, then turning right,” he says. “That is not the sort of thing you get at Kirkistown, scene of my formative years… it was probably the quickest corner I’d taken in my life. But once you get your head around it, it was a great and challenging corner. Very marginal. The car would be teetering on the point of oversteer, which if it overstepped would not lead to a great outcome. But it was what race tracks where all about, to challenge drivers.

“A driver was able to create his own masterpiece on that canvas. I don’t think anyone can suggest you can do that on the Red Bull Ring”

“For sure, there were dangers, particularly at the Bosch Kurve because you’d begin the return leg at the top of the hill and approach Bosch at 170-180mph. There was no run-off, the barrier was right beside the track and that was it. The point that is lost today is those challenges made my generation more respectful, and also allowed those with a supreme talent to shine above those who were something less. Today everything is brought down to the lowest common denominator. A young guy like Lando Norris can jump into an F1 car and be very competitive. If he’d done the same in 1973 he wouldn’t have known if he was punched, bored or countersunk…”

In contrast, Watson describes the shorter, toned down version we know as the Red Bull Ring as “emasculated” and “anodyne”, while acknowledging the two-corner infield section and the fast Rindt right-hander leading into the final turn still offer a decent challenge for today’s generation. “But there was something about a proper, free-flowing race track that allowed a driver to express himself,” he says. “He was able to create his own masterpiece on that canvas. I don’t think anyone can suggest you can do that on the Red Bull Ring, even if everything is ‘appropriate’ for modern F1.”

The Österreichring will always be special for ‘Wattie’, because of 1976. “I went from being a grand prix driver to being a winner,” he says. “That’s a step forward. Austria has always been special because it was my first.”

It also changed his life in a more physical, visual way… “I’d promised Roger I’d shave my beard off because I was the only person on the team with any facial hair,” he says. “After the race we flew back to London and stayed at Heathrow because Roger was flying out on Monday morning. When I got to my bedroom at the hotel, the first thing I did was go to the bathroom with my wash bag, get the razor out and shave the f***ing thing off. To be honest, I’d been wanting to get rid of it anyway – 1976 had been a particularly hot summer. But when I looked in the mirror, I thought ‘oh my God, what have I done?’ I hadn’t seen the rest of my face since 1968! 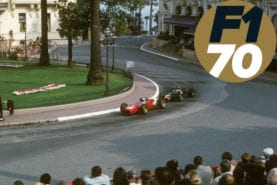 “The next morning I was the first one down in the coffee shop and I waited for Roger and Heinz to come in. When they did, Roger said ‘where’s Watson?’ I sat there, didn’t give any signal but shouted ‘here, Roger!’ He knew the voice, but he couldn’t see me until I put my hand up and waved. I think he was surprised I’d fulfilled my part of the deal as quickly as I had done. The podium was a great moment and shaving the beard off that night was next to it.”

The beard never returned. As for the Österreichring, it survived until 1987, after which financial problems added to the pressures on a circuit increasingly out of step with a changing sport. When it returned in truncated form, first as the A1-Ring in 1997 and again under Red Bull ownership in 2014, the circuit conformed to modern F1 expectations. But for Watson and his ilk, that’s exactly why it never will be a patch on what it once was. In truth, it never could be. 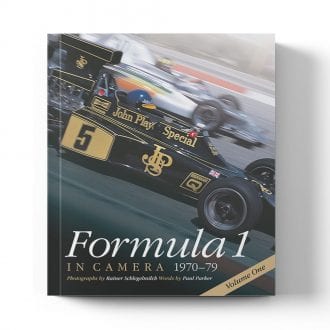