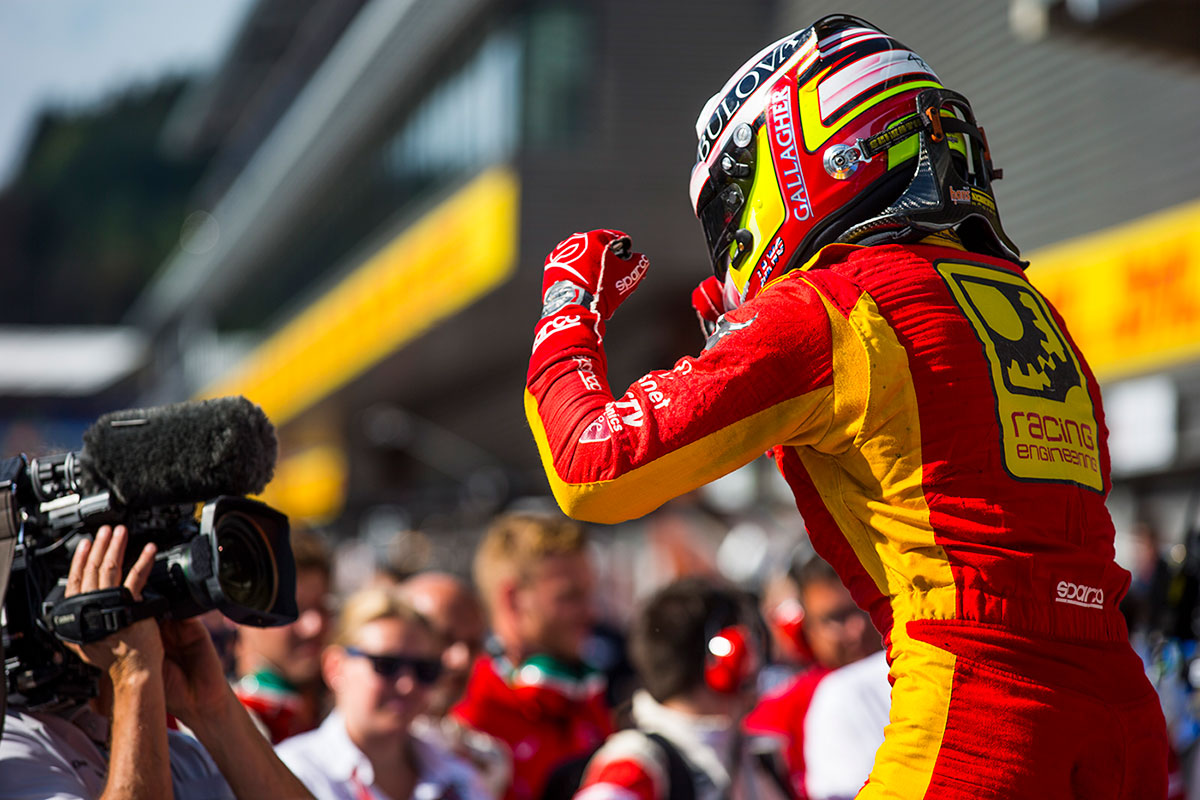 With Jolyon Palmer still in the lurch at Renault over his future and Jenson Button taking a year out, there’s a very real possibility that Lewis Hamilton could be Britain’s sole representative on the Formula 1 grid in 2017.

But the driver market jigsaw puzzle is by no means complete, which gives hope not only to Palmer but also to GP2 race-winner and Manor development driver Jordan King.

“F1 is the first port of call for next year,” the 22-year-old says, “but I’m weighing up the options. There are others: GP2, sports cars, IndyCar or Super Formula, where I’m sure I could jump in and do a good job. [But] My energy is going towards making F1 – that was my childhood dream.

“The stars need to align. I have got as good a chance and as much potential as anyone in GP2 at the moment, especially of the Brits. There’s more than one factor that will play a part and I need to tick as many boxes as possible to put myself in position to be next.”

Manor would be the obvious destination for King, having been the team’s development driver since 2015. His father, Justin, was also involved in the saving of Manor just when the team looked destined never to return to the grid.

“It wasn’t as bad as the press said. They did a great job in getting the car ready, and they didn’t get enough credit for that.

“They knew where they were, with the old car and old engine, so there was limited expectation. They finished almost every race, barring a couple of mechanical failures, and set themselves up for a great year this year. They’ve since shown they can score and have been making it through to Q2.” 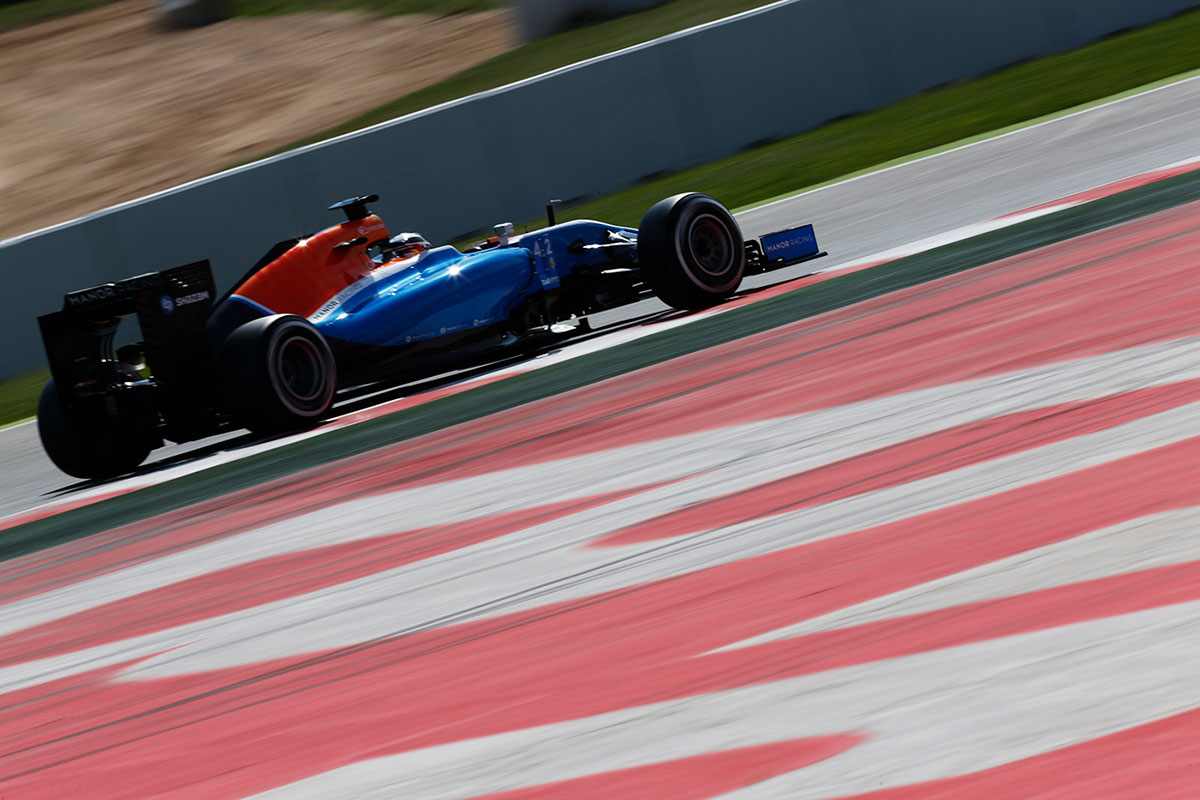 As development driver King has already been in the Manor F1 seat, most recently during the in-season test at Silverstone when he ended the day one second off Sérgio Sette Câmara’s Toro Rosso and four seconds off Kimi Räikkönen’s benchmark time. That was his third appearance, also testing at Barcelona earlier in the year and Bahrain late in 2015.

“When I have been out in the car I’ve obviously given it my all but Manor has been the side line to my year. My first goal was always winning GP2. The better I do in GP2 the more that stands me in good stead for the future.

“The F1 car is obviously a step up; there’s more detail, information and more happening. I suppose overall it has opened my eyes and given me more information. But there is little cross over between the two. You do get a different perspective on motor sport, though; as a junior driver stepping into a ‘works’ and manufacturer environment it’s not all about you, it’s about them, which is a good learning experience.”

While the F1 outings may not have assisted his GP2 campaign, the experience most certainly has. It’s been a breakthrough season – two sprint race victories and a brace of podiums see him quietly beating Alex Lynn to ‘best Brit’ status by almost 20 points with four races to go.

“I’d always say I would like it to be better, I’m definitely that kind of person, but it’s been a good year. Silverstone’s sprint race win has to be one of my career highlights and I don’t think I could top that with a one-off win. I had something like 38 sponsors and six or seven family members so it was a packed weekend for me. It was special seeing the Union Jacks in the crowd, I’d like to think they were for me but they might have been for later in the day…

“A feature race win is the next step, we’ve been close and had chances but have fallen short. You need everything to be perfect or you need to luck into a well-timed safety car, like what happened at Monza that took us out of contention for a podium. It’s a matter of time.

“When we get everything right that’s how I expected the season to go – we’re challenging for race wins. But for a couple mistakes that have thrown away a lot of points this year I could have been in the hunt for the title. Overall it’s positive, we’re fifth and a handful of points off the top three.” 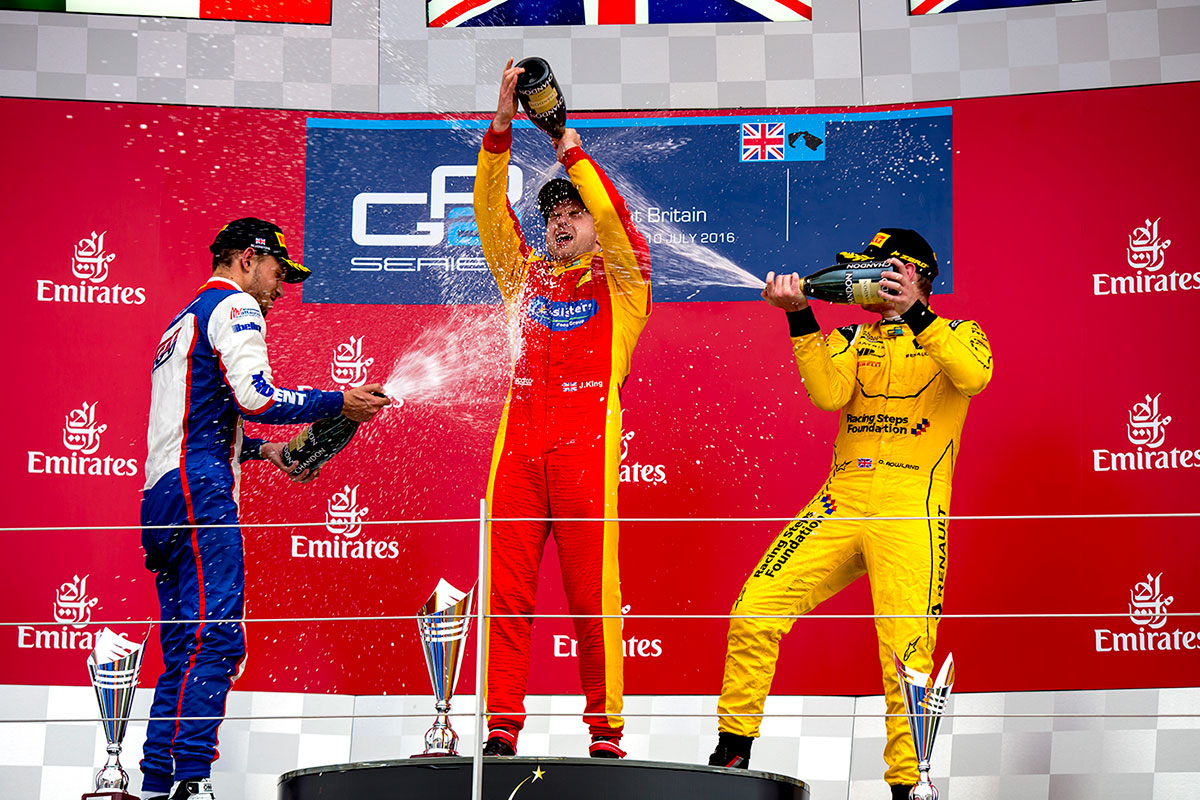 This is year two for King, so a third year would see him in even better shape than he is already for a tilt at the title.

“The second year in any championship is always better. You know the weekend; you know the structure of it and how it works. Even things like sleep patterns and nutrition – you have a better understanding of what you need to do to produce a good weekend and what not to do.”

Should he win the GP2 title this year or next (though it isn’t mathematically impossible it’s unlikely in 2016), he’ll be forced to step up or away. Unlike some that hasn’t tempted him into the seat of an LMP2 to test the water – logistically it hasn’t been possible or viable.

Budget, so important in modern motor sport, won’t be an issue with his father being one of the UK’s top retail execs – and seemingly so often in the news as a result.

He’s well versed in dealing with questions about him, too: “I wouldn’t have started motor sport without my family and I think the most important thing about having a high-profile father was finding something that is different to him. Yes he’s in the spotlight, and I’m in the spotlight because of him, but I’m not there to be compared to him. I think you see that a lot with successful people – if that child follows what their father has done they’ll always be compared, for better or worse.

“My dad has always encouraged motor sport, but, for me, it was better to chase something different to what he does.”

The chase is and has only ever been focused on F1, it seems. 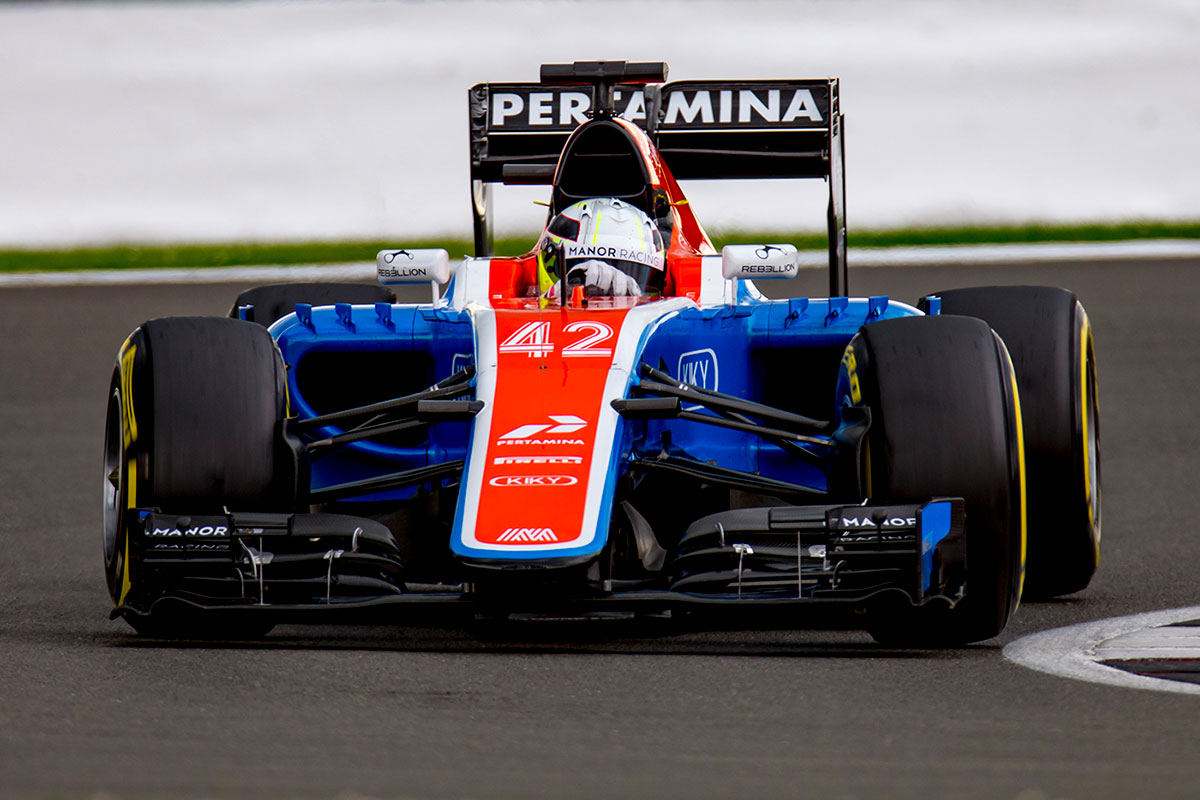