The Finn posted to his social media thanking the team for the car, showing off the SF71H at his home alongside his collection of dirt bikes.

It had been a five year wait for the Finn to experience a race win, his previous coming with Lotus in 2013 at the season-opening Australian Grand Prix.

The 113-race and 2000+ day wait broke the record of longest wait between race victories, beating the prior record held by Ricardo Patrese at 99 races. 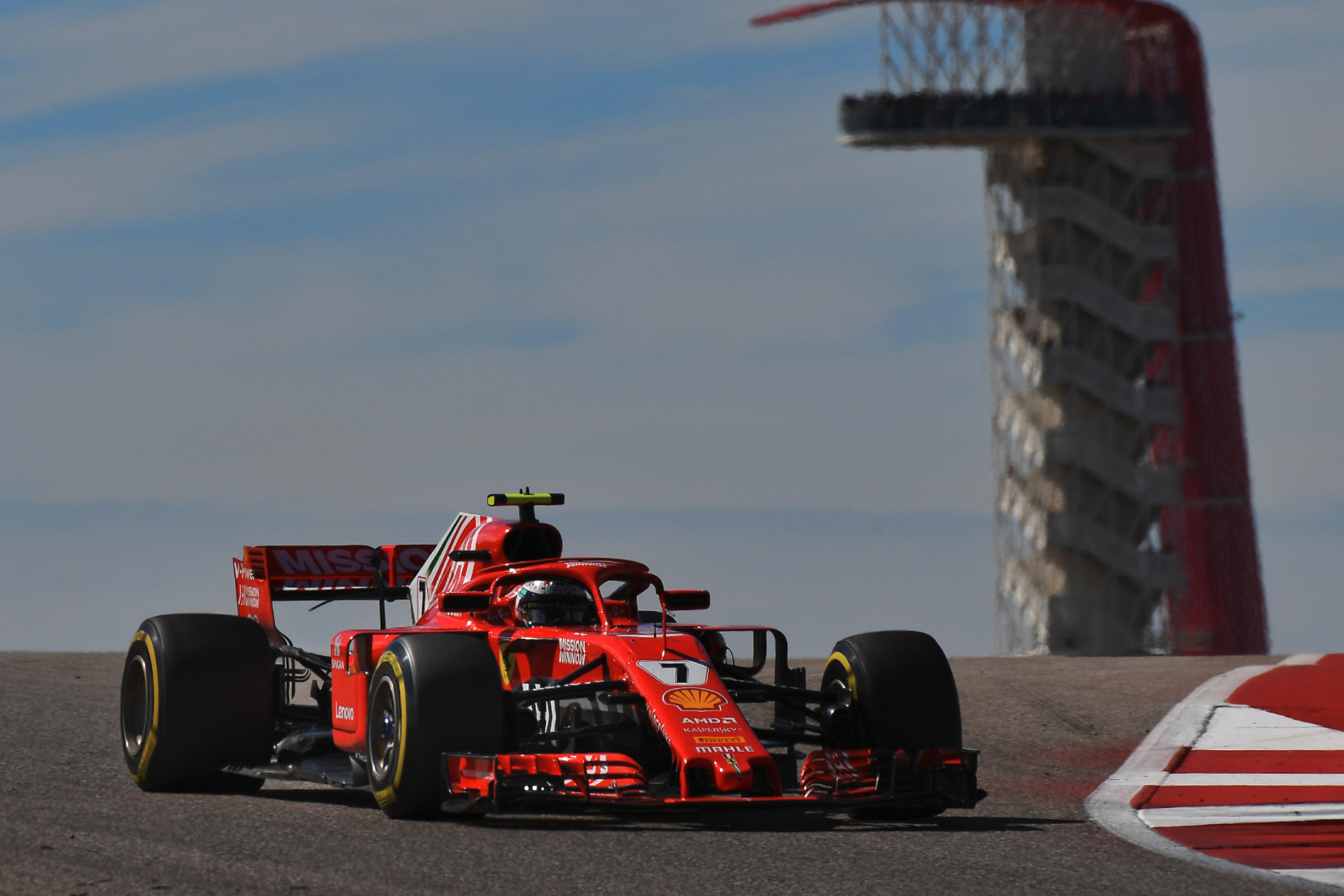 Räikkönen leading at the Circuit of the Americas

Räikkönen’s victory was made all the sweeter as he held off Max Verstappen and Lewis Hamilton for the win, and was his first since rejoining Ferrari in 2014.

He made a one-stop strategy work to his advantage despite massive pressure from rivals Mercedes. After taking the lead of the race from Hamilton into Turn One at the start, Räikkönen was kept out by Ferrari under the virtual safety car, deployed on lap nine to recover Daniel Ricciardo’s Red Bull.

It proved the be the correct strategy call, with the Ferrari driver holding up Hamilton until his one and only pit stop on lap 21, crucially for his hopes of winning.

Hamilton was made to wait another race to take the 2018 championship, unable to catch the leader.